Accessibility links
As DACA Winds Down, DREAMers Turn Toward Different Futures : NPR Ed When these two sisters aged out of their parents' immigration protections, DACA let them stay in the country and work. Now they face two different paths as they try to plan for the future. 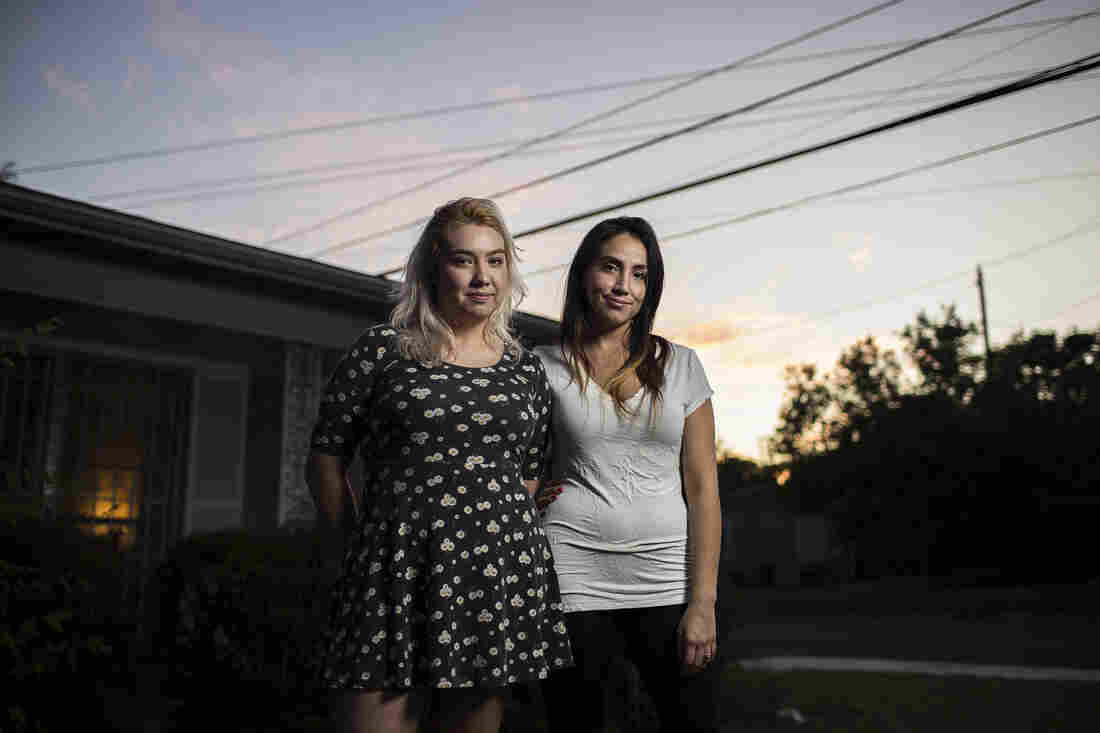 Sisters Andrea and Claudia De La Vega stand in the yard of their home in Austin. Martin do Nascimento/KUT hide caption 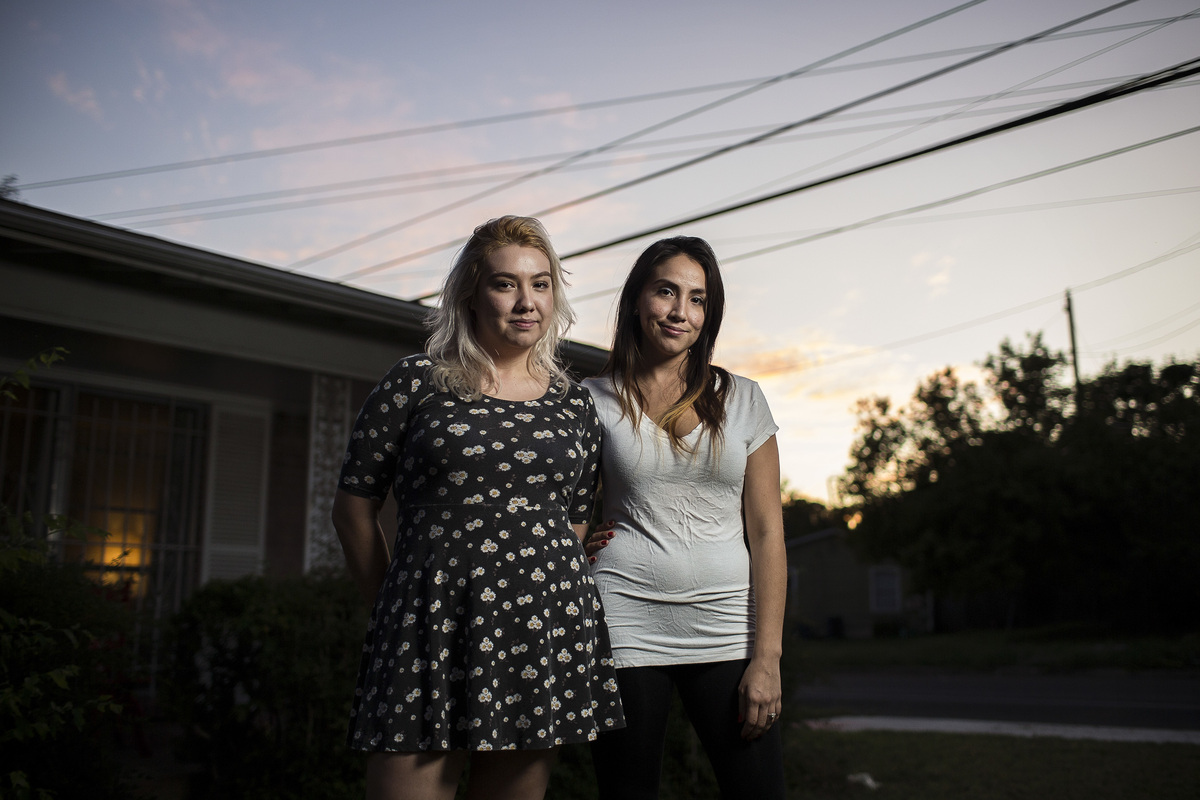 Sisters Andrea and Claudia De La Vega stand in the yard of their home in Austin.

As politicians in Washington try and figure out what to do with the DACA program — Deferred Action For Childhood Arrivals — across the country, DACA recipients are working on their own plans ... trying to stay in the country if Congress doesn't act in time.

Andrea De La Vega, 26, says she remembers when she first realized her immigration status could hold her back. In high school, she was the editor of the school newspaper, the lead attorney on the mock trial team. She was in the top 10 percent of her class, which all but guaranteed entry into the University of Texas Austin, one of her top schools, when she applied in 2009.

But Andrea was born in Mexico and found out that she didn't have a Social Security number, so she couldn't apply for student loans or scholarships.

She and her sister, Claudia De La Vega, 28, wound up attending Texas colleges that worked with students who don't have documentation, but after graduation, they had no way to work. 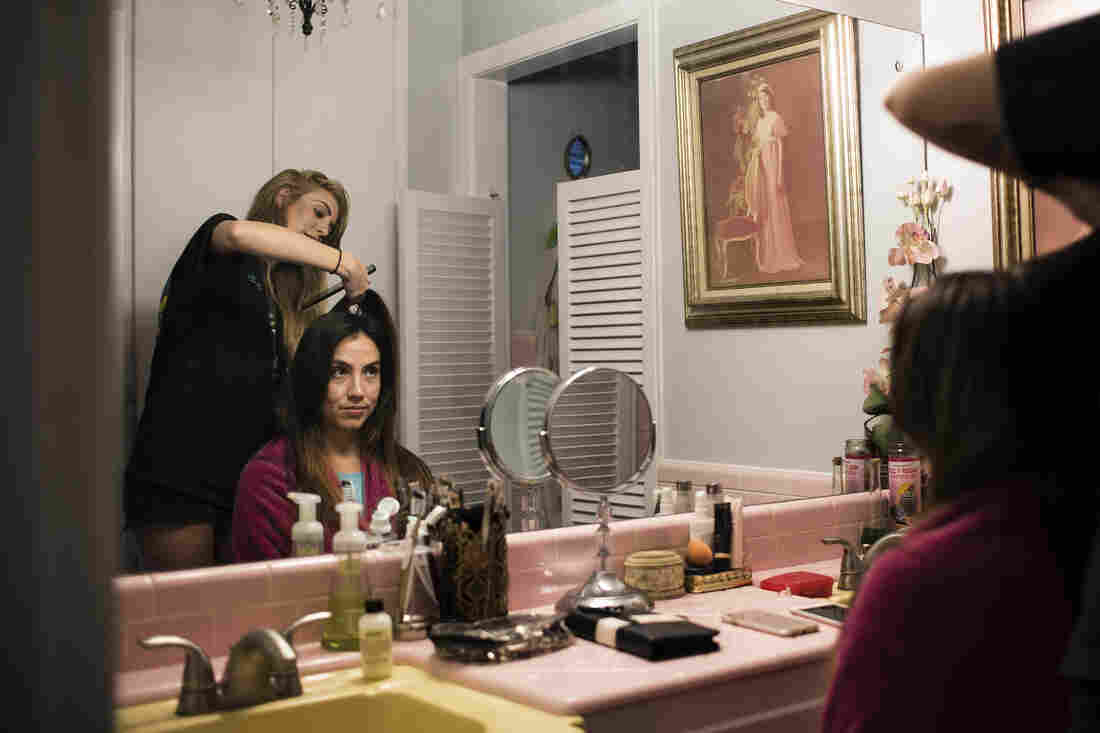 Claudia De La Vega has her hair done the night before her wedding. Martin do Nascimento/KUT hide caption 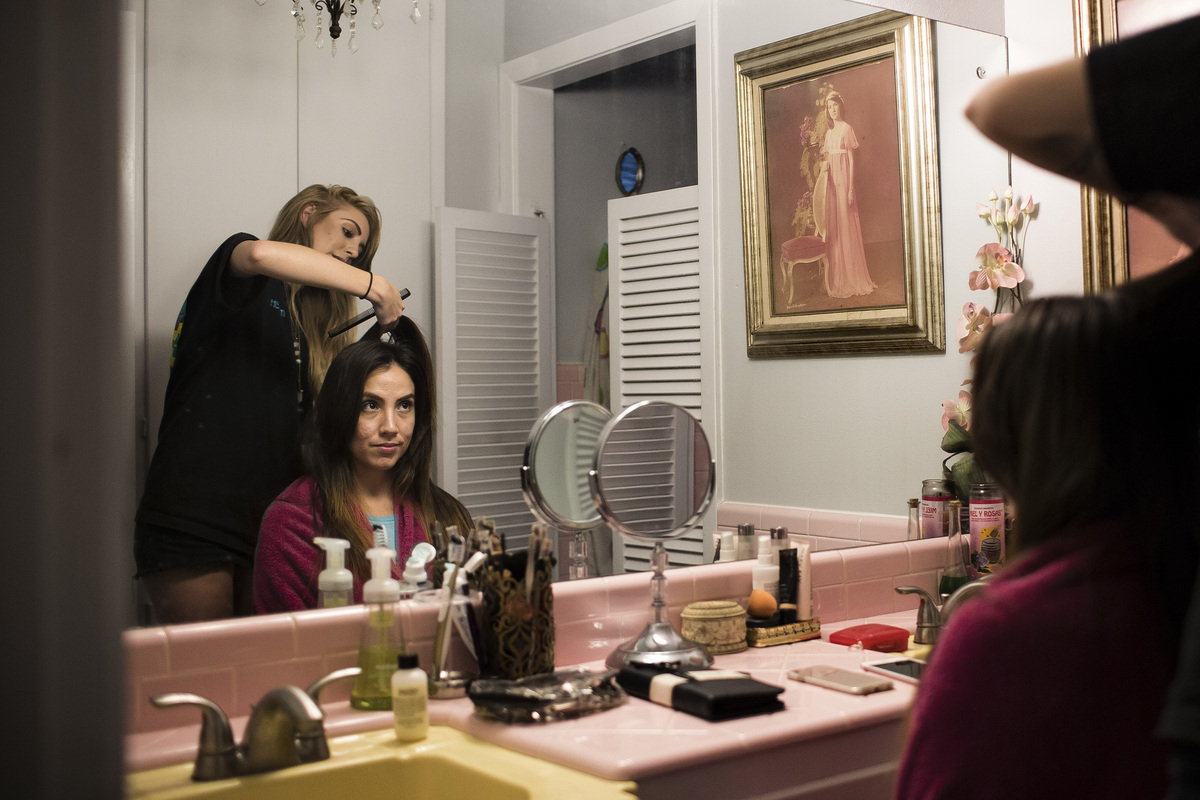 Claudia De La Vega has her hair done the night before her wedding.

So, when the Deferred Action for Childhood Arrivals program opened up in 2012, she applied. Now, she's among the nearly 800,000 young people who have work permits and protection from deportation under the Obama-era program.

Unlike many other DACA recipients, Andrea and Claudia came to the United State with their parents legally.

Their father, an architect, got a job in Texas, allowing him to get a work visa that covered the entire family.

Once here, Andrea and Claudia's parents started the process to get permanent residency — a process that took more than 20 years.

By that time they became citizens, three of the four De La Vega kids had aged out of their parents' protection and were left with no legal status — that status made getting a job nearly impossible.

"I had no source of income," Claudia says. She says she found ways to make ends meet, "Like selling stuff, going to the thrift store and reselling it on eBay," she says. "Anything I could do, literally, to get some money."

Andrea faced a similar situation and was paid under the table while working at a restaurant. They had college degrees and career goals. But their immigration status prevented them from getting jobs they were qualified for – until DACA.

Now Claudia is an architect, like her dad, and Andrea is an office manager for a psychiatrist. 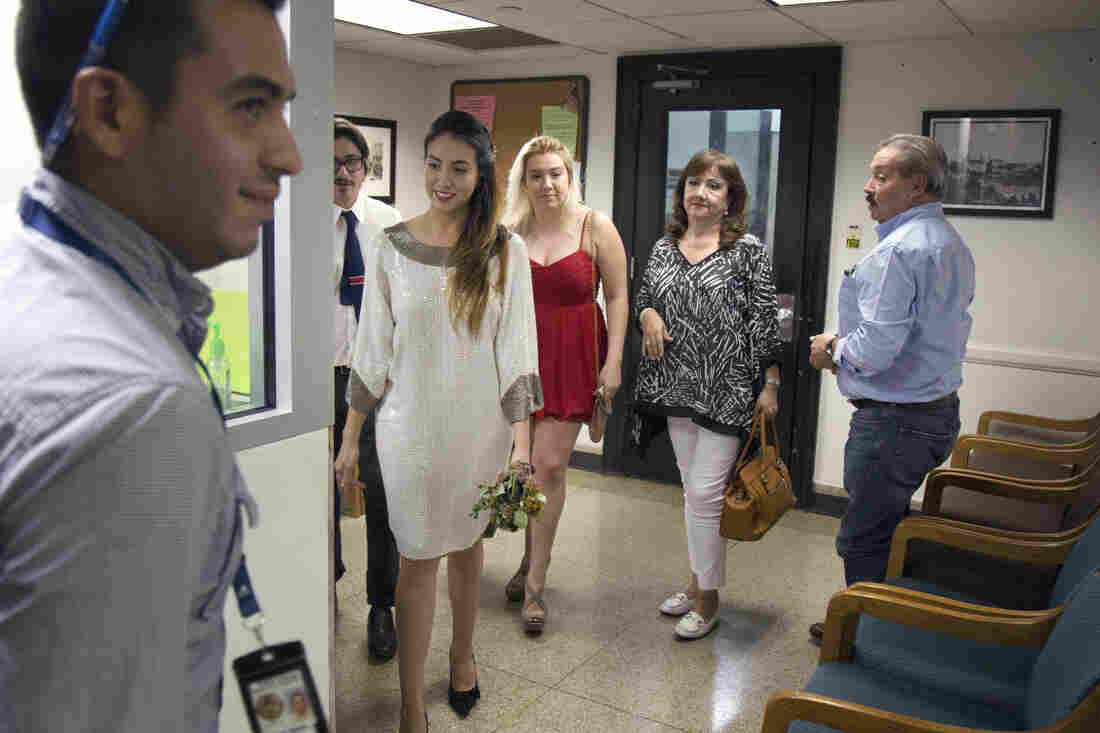 The De La Vega family walks into the Austin courthouse where Claudia and Marc will marry. Jorge Sanhueza-Lyon/KUT hide caption 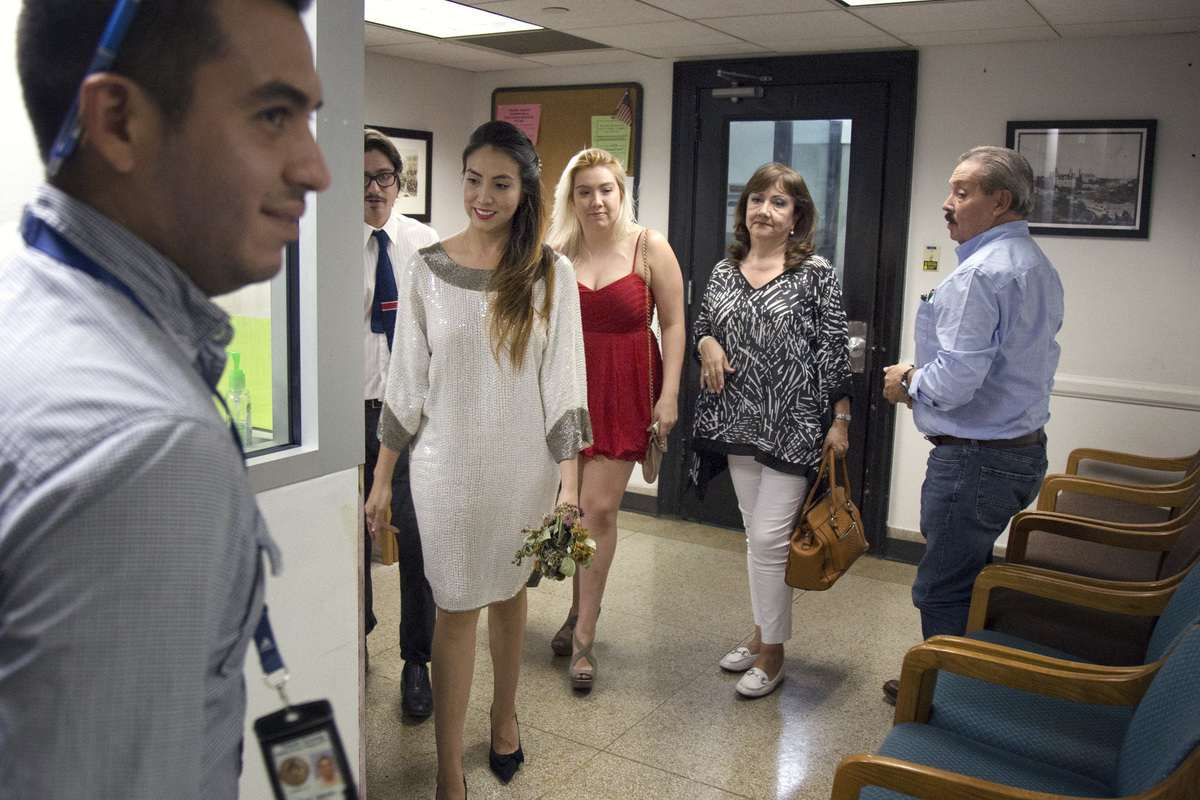 The De La Vega family walks into the Austin courthouse where Claudia and Marc will marry.

DACA allowed Claudia, who worked five years on an architecture degree, to get a job in her field designing custom homes for a firm in Austin.

President Trump rescinded DACA in early September, giving Congress until March figure to out an alternative plan before protections start to phase out. Some Democrats in the Senate are working toward protecting DREAMers by including an update to the program — Deferred Action For Childhood Arrivals — in the new spending bill.

But the De La Vega sisters have had to figure out other plans, two very different paths forward. Andrea is eligible to renew her work permit for two more years — so that's her immediate plan, but after that, it's unknown.

"If it would have been me, I would have been like - 'Let's wait, in the church, with our parents and the ceremony,' " Claudia says. "We have to do this the right way." But he really wanted to move forward immediately, she says.

Claudia and Marc have dated for three years, but have known each other since they were 15. "He's helped me grow as a person so much," she says. "He's just the most genuine, kind-hearted person I've ever met." 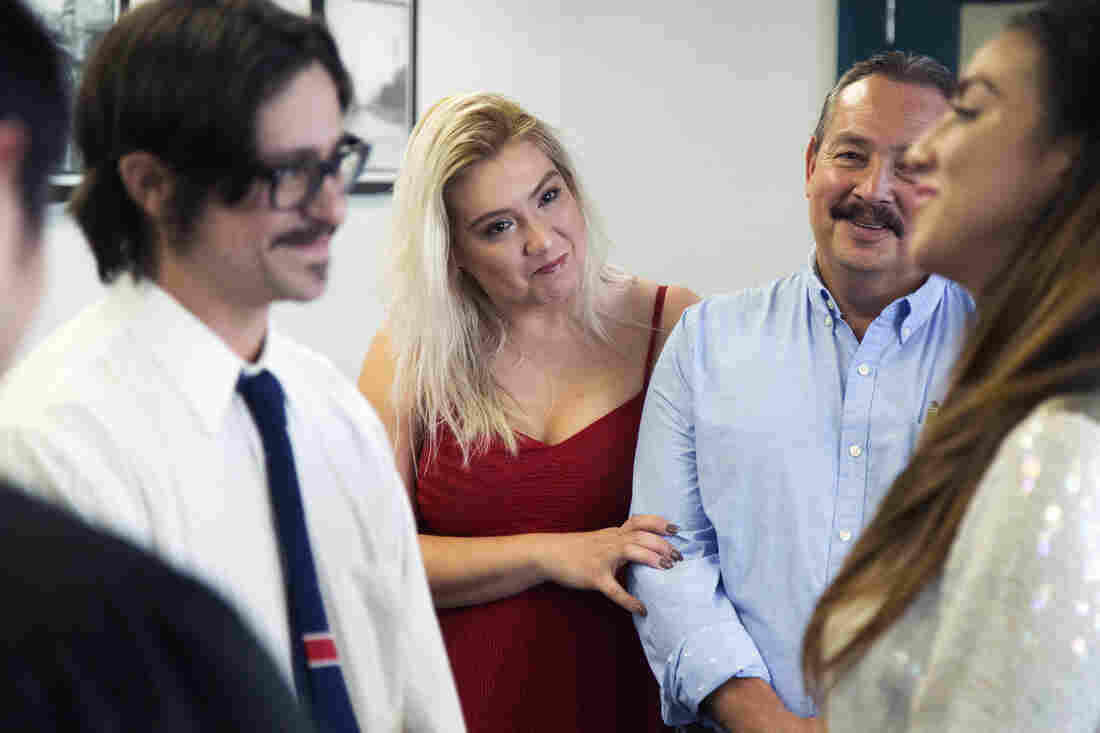 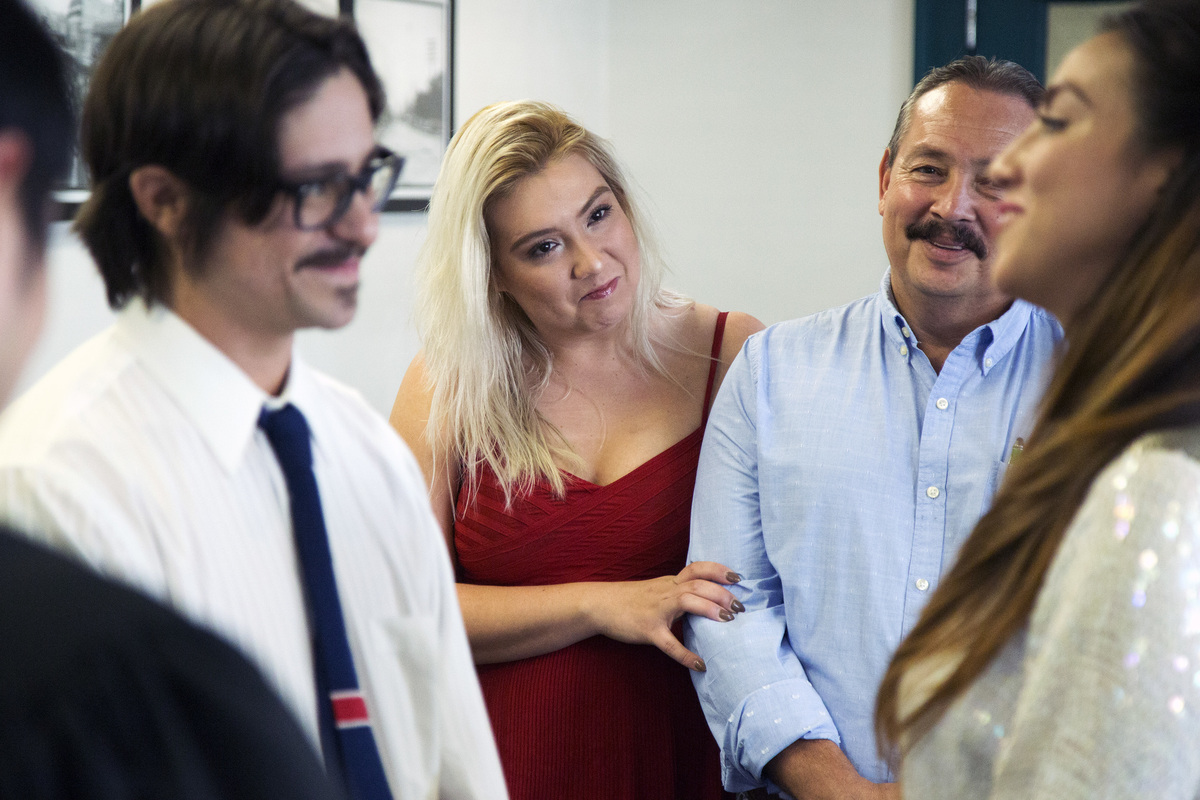 Andrea De La Vega watches as her sister Claudia gets married at the Austin courthouse.

So Marc, Claudia, Andrea and their parents went to the courthouse in downtown Austin where they had a short ceremony with a judge. Andrea signed the marriage certificate as a witness. Marc and Claudia are now legally married ... ahead of their big wedding in December.

Claudia can bring the paperwork to get permanent residency like her parents and youngest brother. But she still worries about her other two siblings.

"I feel so guilty about it," Claudia says. "If I were in their shoes, I wouldn't know what to do."

Andrea says she's trying to stay hopeful. She wants Congress to address immigration reform so people like her can feel safe in the place they call home.