Accessibility links
Confused By Your Public School Choices? Hire A Coach : NPR Ed Public school choice options can be overwhelming for parents. As they try to navigate these new education systems, some parents are turning to experts for help.

Confused By Your Public School Choices? Hire A Coach

Confused By Your Public School Choices? Hire A Coach 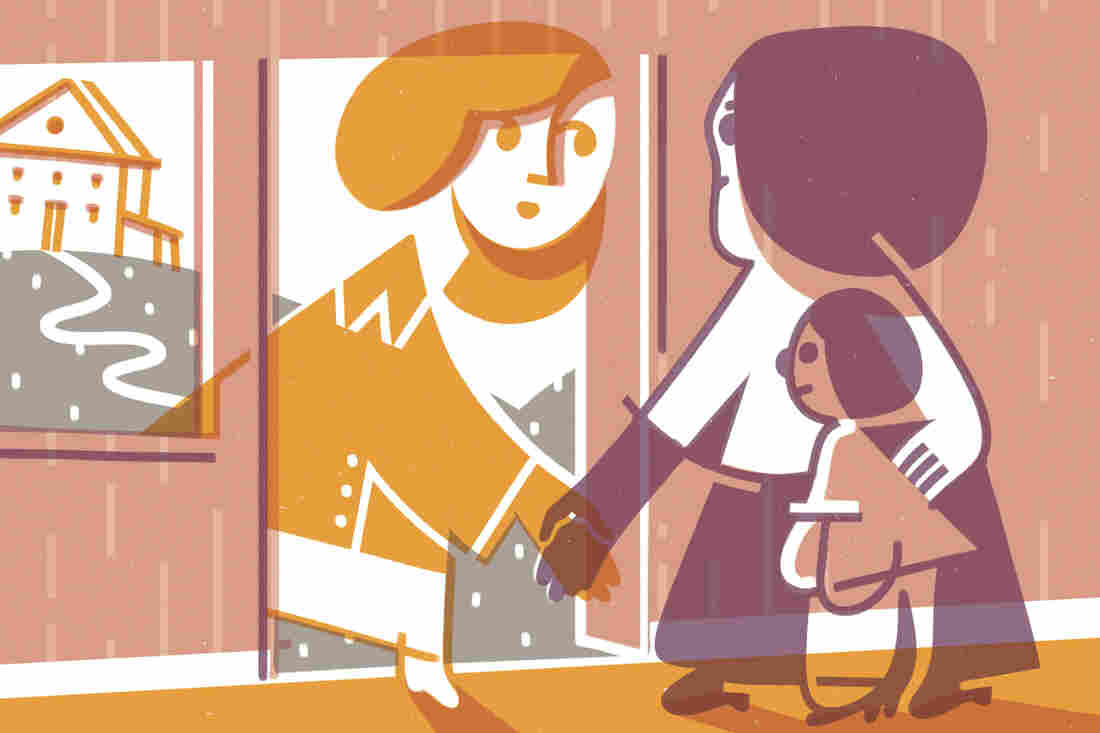 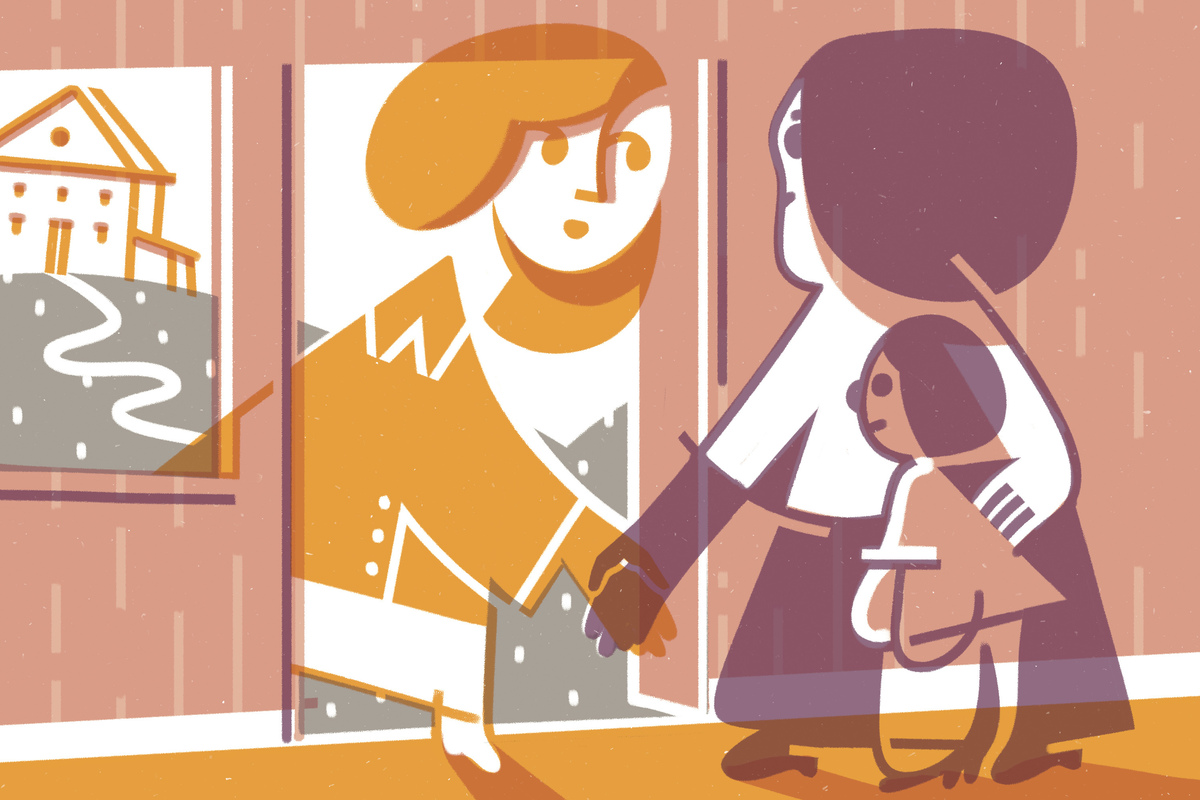 Erin Roth faced a tough choice in 2015. She needed to select a school for her daughter. And in Washington, D.C., where she lives, she faced a dizzying array of traditional and charter schools from which to choose.

It's a familiar problem for parents in areas with a lot of school choice: charter, magnet, traditional, progressive, project-based, Montessori, STEM, STEAM, immersion ... the list goes on.

So in her search for a public school, Roth did what parents seeking to get into the best private schools have done for years: She hired a consultant.

It's a relatively new job title in the public school realm. But there are now — in a growing number of cities and districts as school choice has expanded nationwide — people who've made it their business, literally, to help parents find the right fit. They offer a range of services at a wide range of prices, but basically they're offering to coach confused and overwhelmed parents through the options.

Hiring a consultant can be a boon to parents like Roth who want what's best for their kids, but some critics of school choice worry that consultants could deepen the disadvantages and inequities that low-income families already face.

A shortcut for parents

There's no way to know precisely how many public school education consultants there are, but they're hanging out shingles in cities like New York, Los Angeles, Chicago, Houston, San Francisco and Charlotte, N.C.

Erin Roth ended up hiring E.V. Downey, who started her business in 2011.

"I found her name while doing a handful of hours of research, and I thought, I clearly need to talk to her," Roth says.

Roth herself is an education policy analyst and former public school teacher. She says she and her husband, Brian, were committed to the public school system, but realized they didn't have enough time to research charter schools or figure out how to prioritize them before lottery deadline for choice schools.

Their neighborhood school has a free, popular and highly sought-after preschool program. She knew there would be many more applicants than open slots, and so Roth needed a list of alternatives — quick.

She reached out to Downey, and they met over coffee to talk through options.

"Every parent wants to know what their kid is going to feel like inside the classroom, so we're all searching for that edge," Roth says. "E.V. was able to tell me about principals, teachers and parent feedback that she had heard."

Downey describes herself a shortcut for parents. A former teacher and a director of admissions for a private school, she's been immersed in education for decades.

Why It's So Hard To Know Whether School Choice Is Working

She says she went through the process of untangling school options for her own children years ago, and just kept at it. She built up a reputation as something akin to a school lottery trail guide.

With a handle on the way the system works, and an ear to the ground at neighborhood and charter schools across the city, she says she helps parents by focusing on schools where odds of getting in are realistic.

She advises on private schools as well, but she says that, from basically Day 1 of her consulting career, the demand has been from parents needing help navigating public ones.

"A lot of it comes down to just kind of making sure they're using their time wisely – that they're visiting schools they can actually get into," she says. "It's just kind of a decluttering system."

Downey charges a few hundred dollars for a one-on-one consultation with parents.

Is it money well spent?

Yes, says Roth. Without Downey, she would have never applied to the school her daughter now goes to. "I wouldn't have put it on my list because it was a complete unknown."

Seeking Downey's advice came with some discomfort for Roth, however.

"We all know there is not a great quality school down everyone's street, unfortunately, but that's what we hope for, that's what we want for all kids," she says. "School choice creates an access problem because you must enter the race. A lot of people don't enter or don't know the rules. ... Access to information is just completely inequitable and it's confusing and overwhelming."

"It exacerbates the equity problem," says Pedro Noguera, a professor of education at UCLA and director of the Center for the Study of School Transformation. "There's not much you can do about it, because people are going to use their private resources to help their kids. That's what all parents do. But the people without those resources are always at the disadvantage."

Downey and other consultants say they're sensitive to concerns like these. And they offer their services in different ways to families from a wide range of backgrounds.

Downey, for example, offers group workshops where the cost can be divided among families. Tanya Anton, an education consultant in Los Angeles, also conducts school-sponsored lectures, as well as offering a $25 guidebook and discount coupons for personalized help.

"While I offer workshops for folks, I will just as easily sit on a panel in an under-resourced school district and talk to them about school choice," says Aisha Crumbine, an education consultant who started her business advising on both public and private schools in Houston three years ago. "That's just me saying 'Hey look, there's a whole system that we are not engaging in, and here's what people are paying me to do. You have got to get in the game.' "

Some consultants say the very notion of school choice itself is biased against people who don't have the time and resources to research the often-confusing options. And they say they wish school districts did a better job of making the process simpler and easier to navigate.

"I've told more than one city official 'I look forward to the day when my services are obsolete. I would love for you to put me out of business,' " Downey says.

Christine Campbell, a researcher at the Center on Reinventing Public Education, agrees that school choice — and the poor systems in place to help parents make informed decisions — can create or deepen inequality.

"We see this happening in some places," she says, where people with more time and better access to information "wind up at the better schools and everyone else is still fumbling around come deadline day."

Some cities are taking steps to centralize their school choice information and make the process simpler. But Campbell says not all high-choice districts have done this yet.

"It's a very low bar to meet and yet a lot of cities don't have it," she says.

For These Families, Vouchers Bring A Needed Change

For parents who don't hire coaching help, it can be a hard system to go at alone. One group of New Orleans parents, for example, has created a shared Google spreadsheet that includes school hours, grades served, after-care options and open house and school tour dates and times.

"Having a strong parent network was absolutely necessary to make sure we were gathering all of the information," says Megan Cooper Wright, one of the parents helping to update it.

Still, Wright says, the research she and her partner did to find a public school for their son took a lot of time. "It does feel like a part-time job. It can be very overwhelming," Cooper Wright says.

In some places, nonprofits are stepping in to help primarily low-income parents navigate the choice process.

In New Orleans, for example, a nonprofit called Ed Navigator has partnered with employers to offer free school choice help as part of an education benefit to workers in service-sector jobs, shift workers who find it especially hard to take time off to attend open houses or meet with principals. The group's education navigators help mostly low-income parents through the selection and enrollment process as well as throughout the school year.

The group is expanding to Boston, and is also looking for ways to offer its services as both a free or low-cost benefit paid by employers and to individuals and families at an affordable rate.

"We would argue that it's unfair to ask every parent to become an expert on education, because it's a very detailed field, and it's overwhelming to think about all the things you have to learn," says Tim Daly, a founding partner of the group. "I think the truth is that parents across the socioeconomic spectrum benefit from help and even families that have the most privilege and access are often seeking help, which I think is probably a good indicator of the need."

A nonprofit called DCSRN (short for DC School Reform Now) in Washington, D.C., offers free help to residents, especially those in underserved communities, to understand public school choice options. Like Ed Navigator, DCSRN pairs a coach who knows the system with a family. To help parents get to know schools without having to take time off to visit, the group has recorded school tours and interviews with principals and put them on the group's web site. For parents without reliable Internet access, DC School Reform Now hosts events at local libraries where parents can watch the videos.

D.C. parent Angel Elliott got help from a DCSRN coach to help research options for her special needs kindergartener for the 2017-2018 school year.

This is a new frontier. I think in the next five to 10 years you're going to start seeing more order and more structure around this, but right now, it's disjointed.

"I didn't know how to do the lottery. I didn't know what I was doing," she says. The coach helped her set up an account so she could apply for schools and they created a list of school options based on her son's needs. Elliott researched the schools once they narrowed the list, and her son was matched with a school she felt would be a good fit.

The nonprofit navigation model is one that could spread as school choice expands, says DCSRN Executive Director David Pickens. At the moment, he says, information about school choices is in disarray.

"This is a new frontier," Pickens says. "I think in the next five to 10 years you're going to start seeing more order and more structure around this, but right now, it's disjointed."

Update at 1:15 p.m. ET on Dec. 21: This story has been updated to include Erin Roth's concerns about inequitable access to information about school choice.

An earlier version of this story said Erin Roth had two daughters. She has two children, a daughter and a son.