Accessibility links
Why Foster Care Students In Seattle Are Beating The Odds : NPR Ed A Seattle-area nonprofit called Treehouse helped almost nine out of 10 students from the foster care system graduate high school this past year — a huge increase in a few short years. 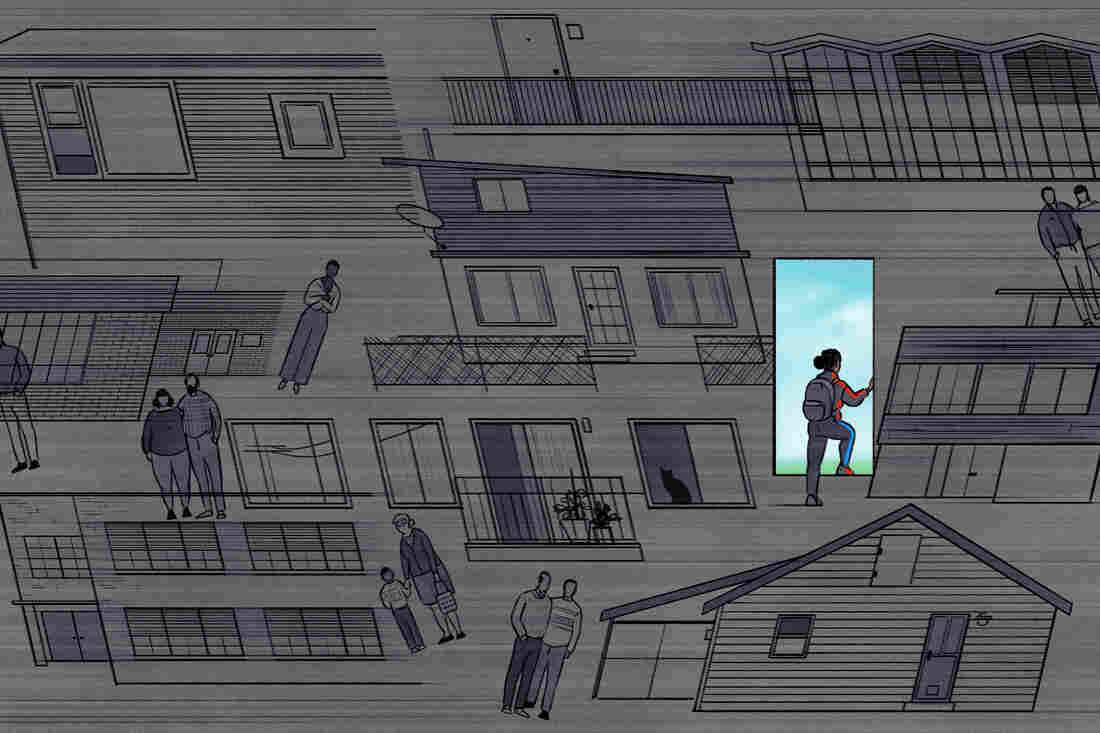 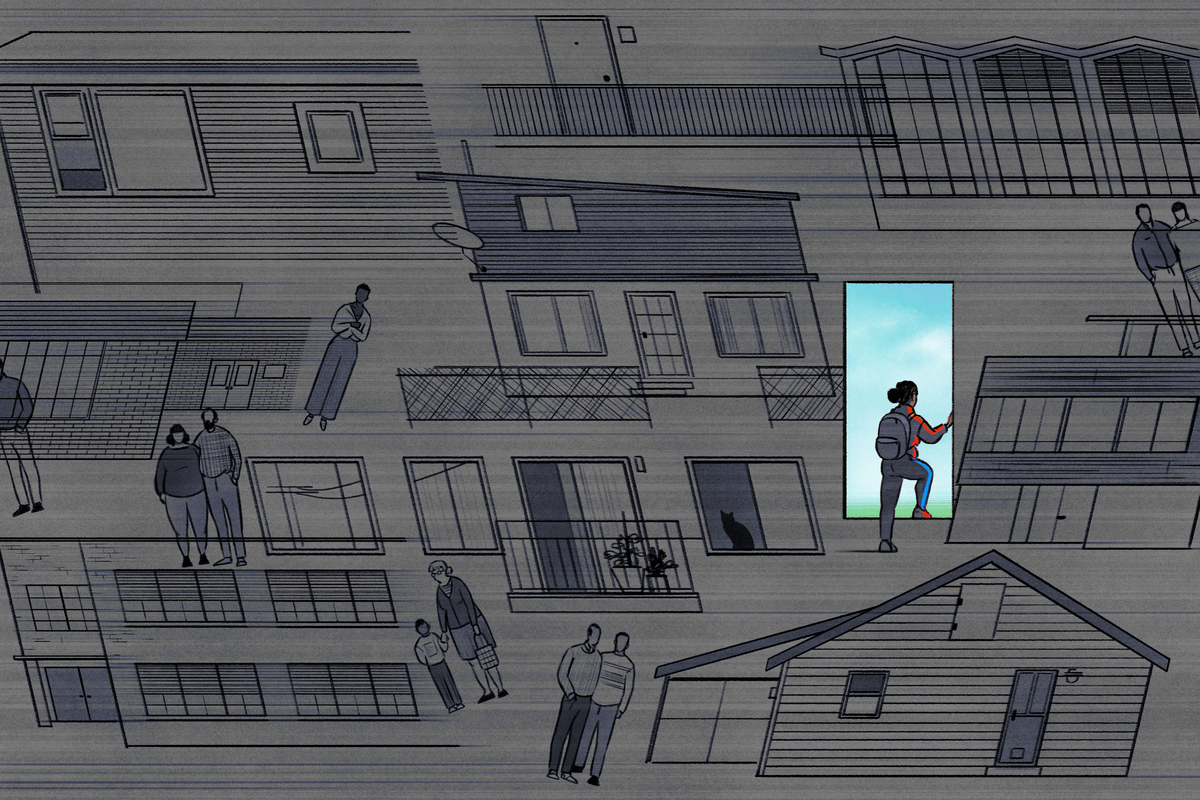 The NPR series, "Take A Number," is exploring problems around the world — and the people who are trying to solve them — each through the lens of a single number.

That was the high school graduation rate for youth in foster care in Seattle and King County, Washington, in 2010.

"We were shocked. I mean, tears flowed," says Janis Avery. For more than two decades, she has led a nonprofit called Treehouse, dedicated to improving the lives of foster youth. In fact, Treehouse had been pushing for the state to break out educational data about kids in foster care. And the data, when it came for the first time, was a wake-up call.

"We thought we were doing a good job," Avery recalls. "We realized it wasn't making a difference at a population level."

Foster youth struggle in school for many reasons. Being removed from your family is a trauma in itself, no matter why. Most children in foster care have mental health needs; many struggle with addiction and brushes with the law.

And then there are the systemic problems. In Seattle's King County, 1,500 foster kids are scattered among many different schools. The average youth shifts placements three times, sometimes moving out of the school district.

Avery says that meant that no one school was focused on these students' educations, and the district wasn't either.

Foster parents often have their hands full with the basics. The state's child welfare system, meanwhile, prioritizes safety and health, with school farther down the list. And the state's care ends at an age when most middle-class kids are still dependent on their parents. (Half of states, including Washington State, have extended some foster care benefits until age 21; in other states kids "age out" at 18).

Until 2010, Treehouse had been providing foster youth with extras, like backpacks, school clothes, music lessons and summer camp. But when the news came about the terrible graduation rate, the organization decided it had to step up for these kids as students, too.

"We have to negotiate and advocate for those kids in school," says Avery.

They set an ambitious goal: Raise the high school graduation rate for foster youth to be on par with the rest of the city's kids. Starting in 2012, they gave themselves five years to do it.

It wasn't easy. Treehouse had to raise a lot more money, and convince their board of directors to take a chance. They did research to figure out the best practices from other organizations around the country. This included a strategy similar to the "graduation coaches" that we've reported on.

They recruited a team of "education specialists." These folks work on-site in high schools around the city. Each works with around 20 students. Any student who has interacted with the foster care system while in middle or high school is eligible for the program. The jobs have good benefits and are comparatively well paid, because Treehouse wants its ed specialists to stay in the positions long enough to be a consistent presence in kids' lives.

Ellis does everything from cheer at basketball games, to setting up job-shadowing and internships, to convincing teachers to accept makeup assignments. She'll even take students to get their hair done as an incentive for good behavior.

But the heart of her work happens here on the school's campus, as she sits and checks in with students, generally once a week, focusing on the ABCs of graduation: Attendance, Behavior and Course Performance. She is able to log into the schools' online grade book to see each assignment and grade.

Part of Treehouse's philosophy is something called "student-centered planning." That means the student sets her own goals and takes ownership of them.

Mechelle, a junior in a varsity jacket with matching red Jordans, is one of Ellis' standouts. (We're using her middle name, and not naming her school, to protect her privacy).

On the day we sit in, Ellis logs into her gradebook and asks why she's been struggling in math, her favorite subject, for the past month. Ellis asks what her plan is to get her grades up. Mechelle says she's heading in to take a makeup test after school.

Mechelle, 16, is an A and B student generally, and the co-captain of the basketball team this year. Her best shot is a three-pointer. Most of her friends don't know that she was adopted from foster care. "My mom is just my mom," she says. "It's like, none of your business."

Mechelle's parents took in her and her two older sisters after raising four of their own kids. Her father has since passed away. Mechelle calls her mom, Pearlie, now 67, "my best friend."

One of Michelle's older sisters is a mother at 19. The other one, 18, doesn't see the family much anymore. Pearlie says the older girls had more "bad memories" of their birth mother than Mechelle did.

"Mechelle has had a really strong positive attitude for herself. And she's always been driven," says Pearlie. "And plus ... she sees what happened to her sisters, and she doesn't want to follow in the same pattern."

Mechelle agrees. "I want to be better. It's not just my mom telling me that I should. It's my choice too."

One of Treehouse's organizational values is "fierce optimism." That comes from Avery's personal experience. She and her wife adopted their own two children, now young adults, from foster care. "It takes a lot of persistence," she says, and maintaining hope when few others do.

Treehouse fights for every student's success. That doesn't mean sugarcoating the obstacles in their way. If you ask Avery why kids end up in the child welfare system, she is blunt.

"It really is racism and poverty," she says. "Occasionally kids get abused, but well over 80 percent is neglect. And that's an artifact of poverty, which could be solved with resources."

Rather than automatically assume there's something wrong with these kids or their families, she says, "the real question is, why don't we as an American culture support these families to succeed?"

Julia Robertson is the foster mom of two of Tajiana Ellis's other current students. She was a foster kid herself, and has fostered about 20 young people over the last decade.

The most rewarding part, she says, is "seeing them grow and heal from whatever they've had going on in their life." She says she's no longer shocked by what these kids have gone through. "I always think I've heard the worst thing, and then another one comes along and I hear their experiences and I'm like, 'oh, that was so wrong.' "

Robertson says she couldn't do what she does without Treehouse.

"Treehouse actually does a lot of things. But from an educational perspective, they are me at school," she says. "Their graduation program is incredible. I think every kid should have a Treehouse advocate, whether a foster child or not."

The evidence for that is strong.

Treehouse counts five-year graduation rates because youth in foster care typically miss out on learning time. Last year, 89 percent of their students made it across that extended finish line. That includes students who completed with the help of credit recovery, alternative schools and GED programs. It beats Washington State's overall five-year graduation rate by 7 points.

Nationwide, meanwhile, around two-thirds of all foster youth graduate high school by age 21.

Treehouse's success thus far has been with just several hundred students in high school. They expanded into two more counties this past school year, in part to keep serving some of their students who moved out of King County.

Avery says the ultimate plan is to serve every foster youth in the state, through to college or vocational training. This includes students who are eventually adopted from foster care, like Mechelle, or reunited with their birth families. Treehouse has pledged to support these students until age 26.

But there's more. Janis Avery has joined Washington State's board of education. And she's out to change the system nationwide, by showing what can be done when you back kids up with "superstars."

"When we look at the youth who have the best experiences, it has a lot to do with the quality of the people surrounding them," she says. "We'd like to take some of that randomness out of youth's experience. So the system works for them, not just spectacular individuals."

As for Mechelle, this spring she is traveling across the country to visit historically black colleges as far away as Atlanta. She is interested in attending an HBCU, she says, because "I want to learn my history, because we don't learn it in school." Tajiana Ellis, her Treehouse education specialist, will be by her side.