Accessibility links
This Tax Loophole For Wealthy Donors Just Got Bigger : NPR Ed In several states, private schools could see a windfall next year thanks to the new tax bill. 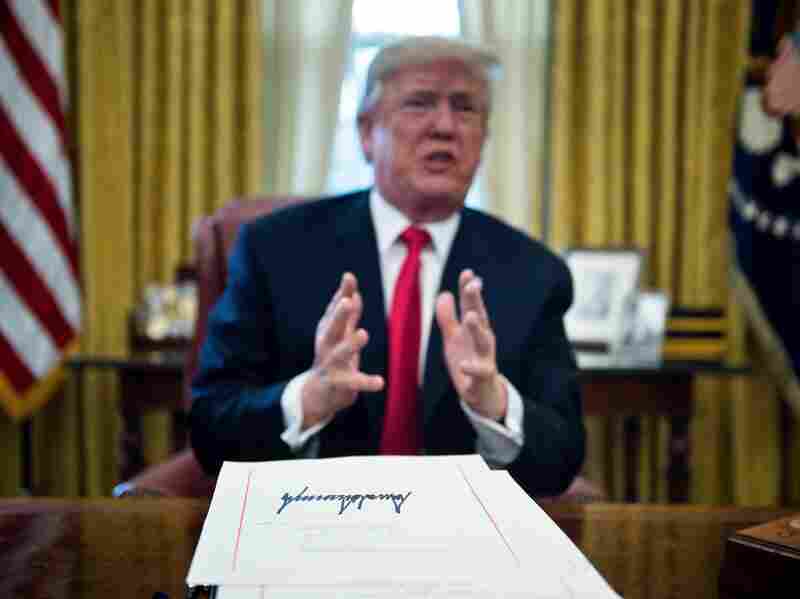 President Trump speaks about the Republican tax bill after signing it into law in the Oval Office on Dec. 22. Brendan Smialowski/AFP/Getty Images hide caption 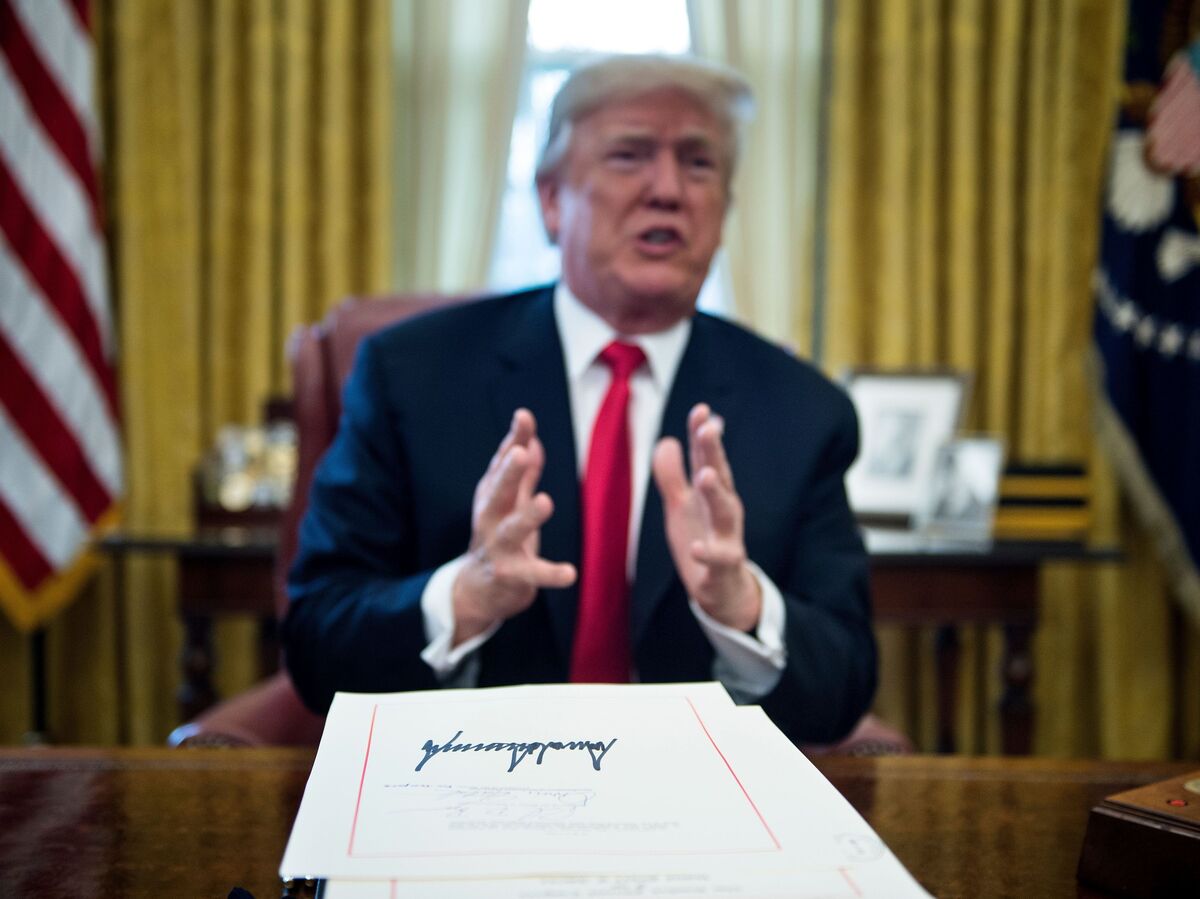 President Trump speaks about the Republican tax bill after signing it into law in the Oval Office on Dec. 22.

Reporters and researchers are just starting to comb through the huge, rushed-to-passage tax package to figure out the implications.

One of the changes, according to the Institute on Taxation & Economic Policy, which advocates for a "fair and sustainable" tax system, allows far more wealthy donors in 10 states to turn a profit through "donations" to private school scholarships.

Yes, you read that right. If your income is high enough, you can actually make money by giving away money to support scholarships to private schools. The states affected by this provision are Alabama, Arizona, Georgia, Kansas, Montana, Oklahoma, Pennsylvania, Rhode Island, South Carolina and Virginia.

The mechanism at play is something called a "tax credit scholarship" or a "neovoucher."

Regular old vouchers direct state tax dollars to help people pay for private schools. The problem was that this money often couldn't be used to support religious schools because of constitutional church-and-state issues. And most private schools in the United States have religious affiliations.

So, some states created special scholarship funds separate from state coffers. People who put money into those funds wouldn't just get a state tax deduction, which is usual for charitable contributions. They would get a state tax credit. For 65, 70, even 100 cents on the dollar. If it's 100 percent, that means every dollar you put into these scholarship funds is taken off your state tax bill.

ITEP uses the example of a multimillionaire living in South Carolina, which has few limits on such donations. She could give $1 million to a scholarship funding organization, which in that state goes to pay for private school scholarships exclusively for students with special needs. As a result, she would get that $1 million taken off her state tax bill.

But here is where things get interesting. According to ITEP, she, and donors in 10 states that have similar rules, could then turn around and claim a federal charitable tax exemption on the same donation.

The new top federal income tax bracket is 37 percent. That means, in total, the South Carolina donor could get back $1.37 million in exchange for $1 million, ITEP calculates. That is a better risk-free return on investment than you're likely to find anywhere.

This loophole existed before. We reported on it earlier this year. But the tax bill makes it bigger and more appealing to more people. That is because it puts a $10,000 cap on the state and local tax deduction, or SALT, from federal income taxes. The details are complicated, but basically, people whose state tax liability is higher than that $10,000 cap, like our South Carolina millionaire, now has an incentive to donate to a scholarship fund if one exists in their state.

"The SALT cap is going to open up this scheme to lots of rich people who couldn't use it before," Carl Davis of ITEP tells NPR. ITEP's report calls this "abuse."

Davis calculates that among the top 1 percent of earners, the number of taxpayers who could be eligible would at least double, from roughly 36 percent to 82 percent.

Some groups are celebrating this change. Jason Bedrick is director of policy of EdChoice, which advocates for school choice policies including tax credit scholarships. "There is no 'abuse' in taking a legal federal deduction for making a donation to help low-income children attend the school that works for them," he tells NPR and points out that some states have dollar-for-dollar tax credits for other kinds of charitable donations too. However, he says, EdChoice would just as soon see the loophole closed. "We'd be fine if the feds decided not to let taxpayers deduct charitable contributions for which they received a tax credit."

If there is a rush to exploit this, and if nothing changes in the law, state budgets, including the money for public schools, could decline by as much as $40 million next year, says Davis. That money would go to private school tuition instead.