Accessibility links
Trump's Single Line About Education; A New Study On Sexual Assault On Campus : NPR Ed The president devoted just 19 words to education in his speech, calling for "great vocational schools." Here's some context on what that might mean and other education news from the week.

Trump's Single Line About Education; A New Study On Sexual Assault On Campus

Trump's Single Line About Education; A New Study On Sexual Assault On Campus 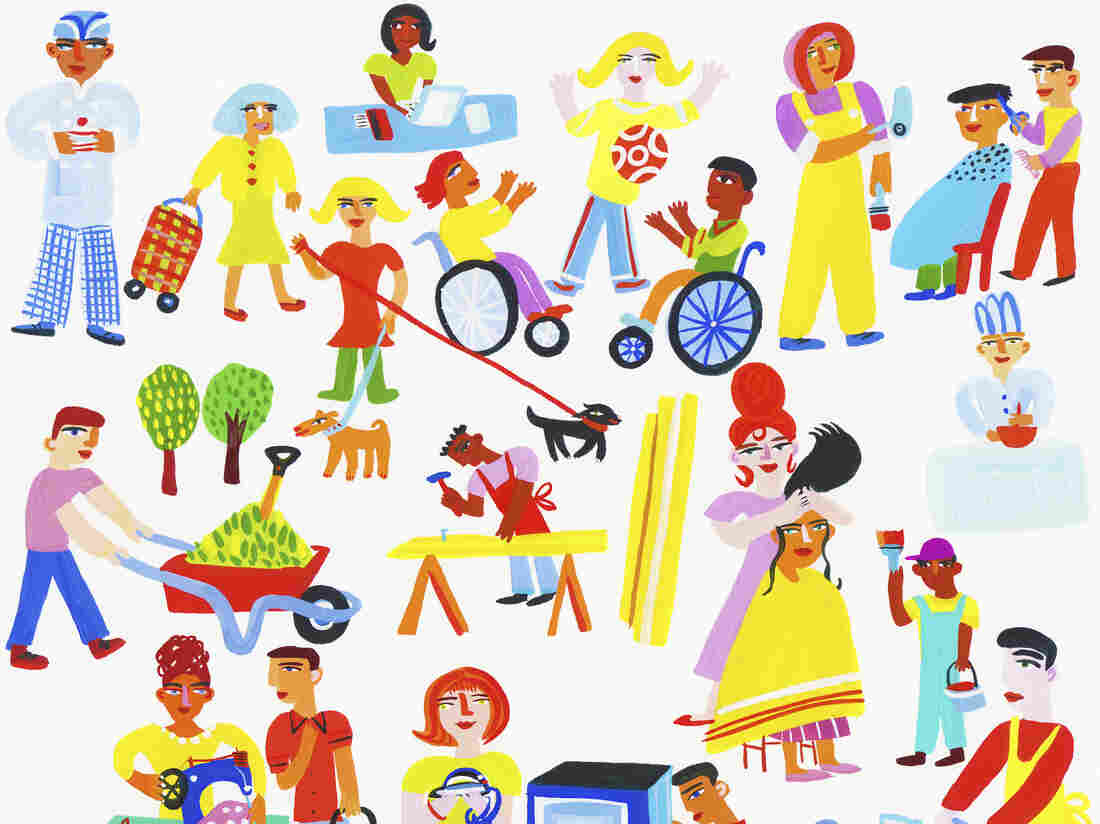 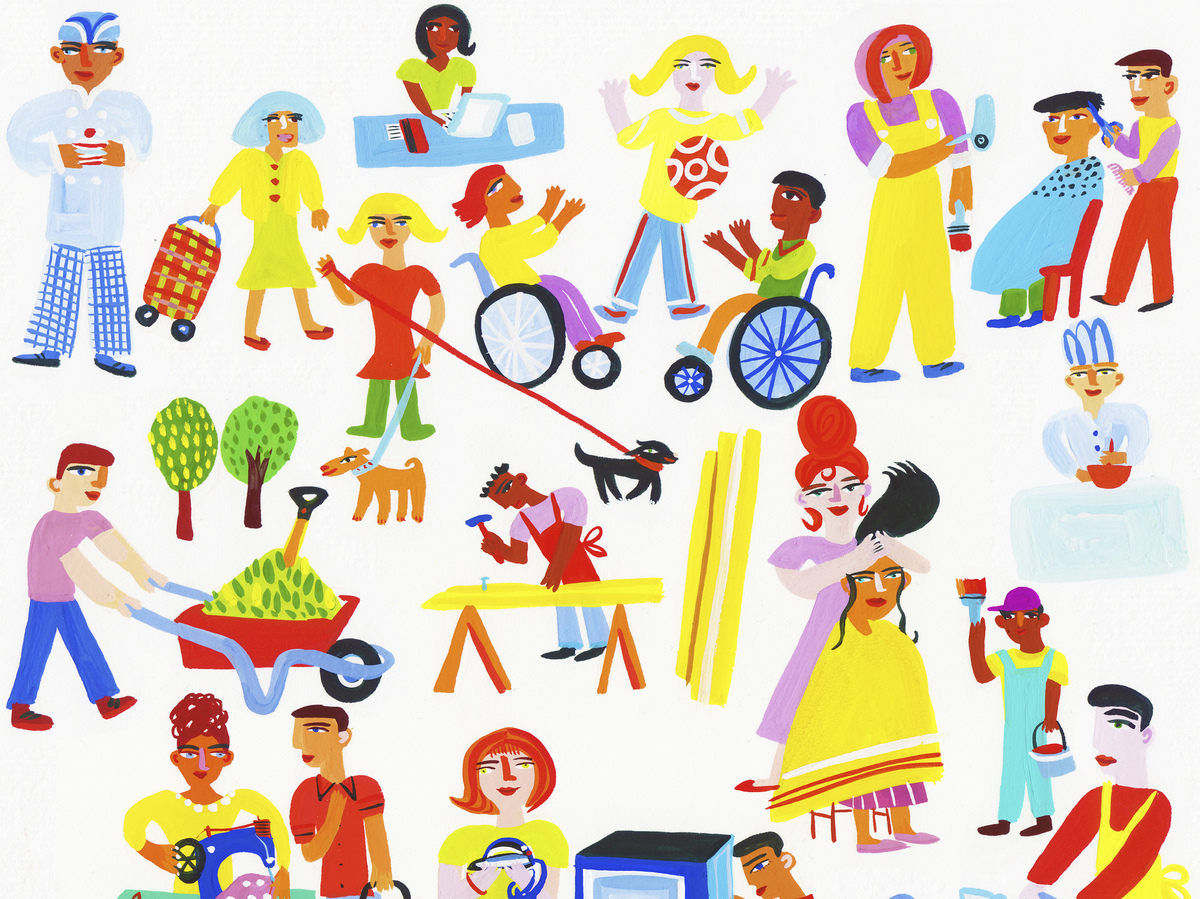 Welcome to our weekly education news roundup. This week, we thought we would devote some time to President Trump's State of the Union speech, which had very little education news to round up.

In fact, that word appeared only twice in the speech, both times in passing reference while he was talking about other topics.

What the president did have to say came about halfway through the speech, in this one line: "Let us open great vocational schools so our future workers can learn a craft and realize their full potential."

There is not much to go on there in terms of how to do that or where the money would come from.

Nor did Education Secretary Betsy DeVos expand on that much in a follow-up press release: "America must do better to prepare our students for success in the 21st century economy," it said. "I join the President in calling on Congress to act in the best interest of students and expand access to more education pathways."

In the Democratic response to the address, Massachusetts Rep. Joe Kennedy also had very little to say about education, though he did deliver his rebuttal from a career tech high school in his home state. Kennedy mentioned the importance of "a good education that you can afford," though he, too, didn't really expand on that.

Kennedy also noted the issue of bullying of transgender students in schools and vowed that Democrats would fight for their rights. (As NPR Ed's Anya Kamenetz noted, DeVos has rolled back Obama-era guidance to schools on safeguarding transgender rights.)

On Thursday, Trump returned to the subject of vocational education and elaborated on his earlier comments while speaking to Republicans at their annual policy retreat:

"When I was growing up, we had vocational schools. And when I was going to school, I remember I was in high school, there were people in class, one person in particular, he wasn't, like, the greatest student. He just wasn't. And yet I saw him one day, and he was able to fix a car engine blindfolded. And everybody else was saying, 'That's amazing, how talented he is.' He had a different kind of a talent. And we should have vocational schools. You learn mechanical, you learn bricklaying and carpentry and all of these things. We don't have that very much anymore. And I think the word 'vocational' is a much better word than in many cases a community college."

Well, the nation's largest not-for-profit dedicated to furthering what Trump referred to as vocational education, the Association for Career & Technical Education, was not impressed with the president's remarks and issued a spirited rebuttal, including a line-by-line fact check.

ACTE's critique began with the word itself, arguing that "vocational" is not better but "outdated." The preferred term, "career and technical education," encompasses "not just technical skills, but also rigorous academic curriculum and 21st century employability skills in a much broader range of career fields." That's why, ACTE points out, the term is now used in federal and state laws as well as by the U.S. Department of Education.

When it comes to the issue of preparing students for the workforce, there is some movement in Congress. Earlier this month, Senate committees held hearings on the reauthorization of the Higher Education Act. The legislation, now known as the PROSPER Act, includes a measure that would expand apprenticeships in colleges and universities.

At NPR Ed, we've written extensively on vocational education, or career technical education. Across the country, these programs are evolving. Students clearly benefit from learning "soft skills" that are important in the working world, and employers expect qualities like professionalism from their workers. But recent studies have shown that some programs providing job-specific career training don't always pay off down the road as technology evolves.

Experts say that before career tech programs can be successful, they need attention and funding.

The National Council on Disability released a report on Tuesday about sexual assault on college campuses. Among the findings? Students with disabilities are simply "not on the radar" of colleges when it comes to efforts at reducing sexual assault. Prevention programs and resources meant to aid victims often remain inaccessible to students with disabilities. These findings follow a 2015 report from the Association of American Universities, which concluded that almost one-third of female undergraduates with a disability reported "nonconsensual sexual contact involving physical force or incapacitation."

Activity among white supremacist groups on college campuses has risen dramatically this school year, according to the Anti-Defamation League. The ADL cited hundreds of instances of these groups engaging in activities such as hanging flyers and posters on campus, interrupting classes, and holding events and protests.