Accessibility links
The Key To Raising A Happy Child : NPR Ed A new book warns parents: Stop micromanaging your kids. Think of yourself less as their boss, and more like a consultant. 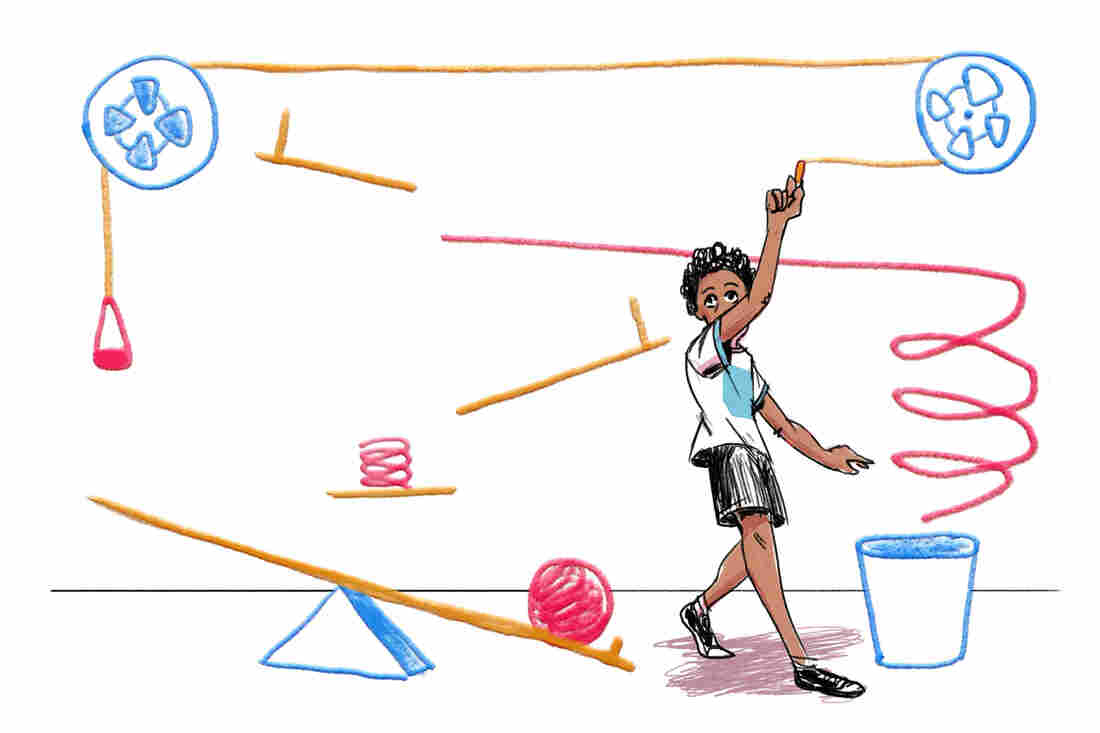 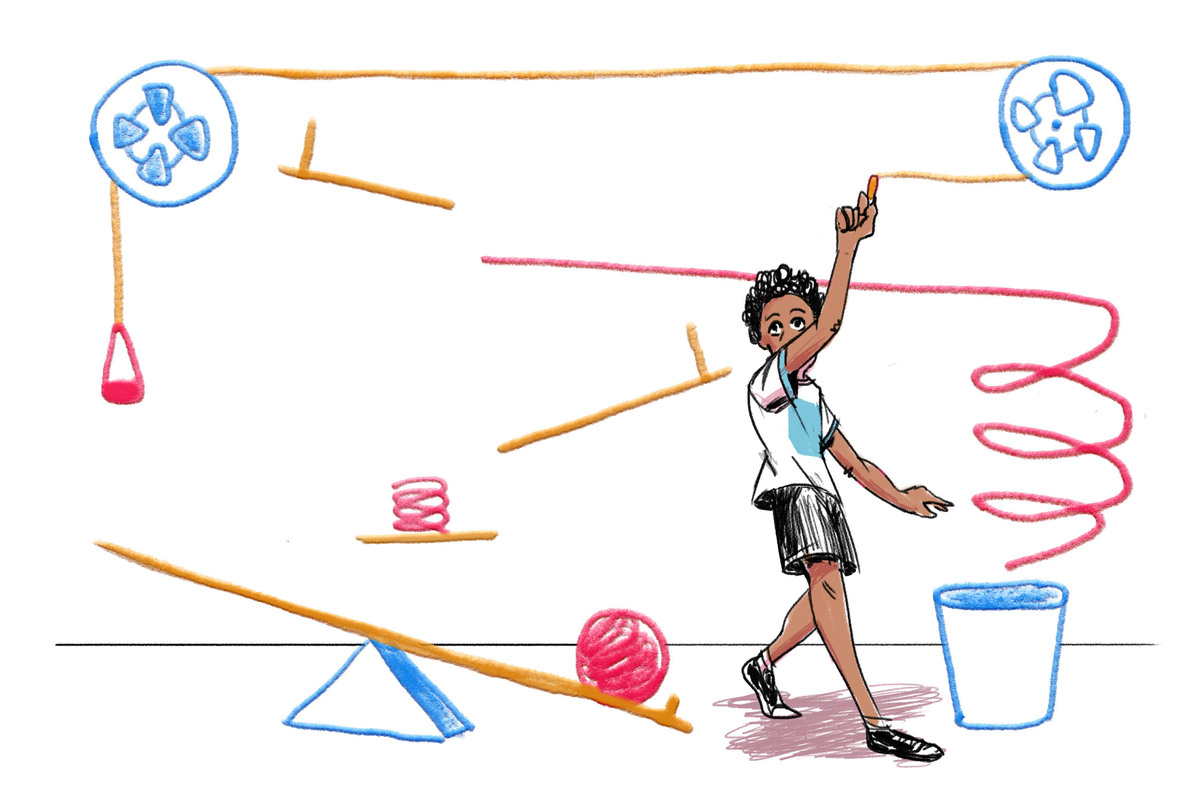 For much of the past half-century, children, adolescents and young adults in the U.S. have been saying they feel as though their lives are increasingly out of their control. At the same time, rates of anxiety and depression have risen steadily. 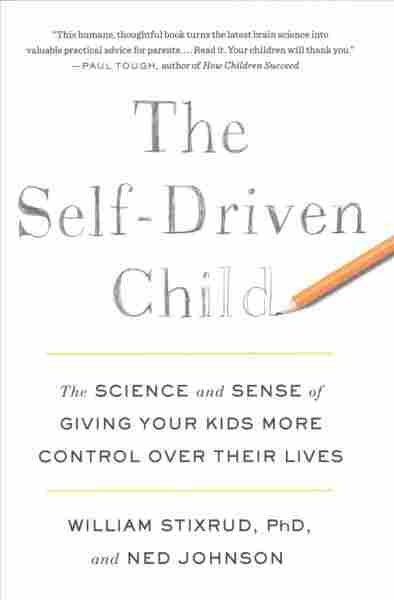 by William Stixrud and Ned Johnson

What's the fix? Feeling in control of your own destiny. Let's call it "agency."

"Agency may be the one most important factor in human happiness and well-being."

So write William Stixrud and Ned Johnson in their new book, The Self-Driven Child: The Science and Sense of Giving Your Kids More Control Over Their Lives. Feeling out of control can cause debilitating stress and destroy self-motivation.

Building agency begins with parents, because it has to be cultivated and nurtured in childhood, write Stixrud and Johnson. But many parents find that difficult, since giving kids more control requires parents to give up some of their own.

Instead of trusting kids with choices — small at first, but bigger as adolescence progresses — many parents insist on micromanaging everything from homework to friendships. For these parents, Stixrud and Johnson have a simple message:

Stop. Instead of thinking of yourself as your child's boss or manager, try consultant.

To discuss the book's big ideas, I spoke with Bill Stixrud, a neuropsychologist who has spent the past 30 years helping parents and kids navigate life's challenges. Our interview has been edited for length and clarity.

Let's start with a basic definition from the book's title. What does it mean for a child to be self-driven?

When I used to do psychotherapy, I was struck by how many young adults I saw who said, "I feel like I've spent my whole life trying to live up to other people's expectations. I want to try to figure out what's really important to me."

I think that the self-driven child is driven by internal motivation as opposed to other people's expectations, rewards, insecurity or fear.

To be self-driven, kids need to have a sense of control over their lives and are energetic about directing their lives in the direction they want to go.

Consultants, not managers? I can imagine some parents feeling really uncomfortable giving up that much control over their children's lives.

When I used to do therapy — I'm going going back 30 years now — I'd see family after family that said, "I hate the time after dinner at our house because it's World War III." And I was struck by how many of these meaningless fights would happen over homework — completely unproductive fights, hugely stressful, pitting the kid against his parents.

I just came up with this phrase: "I love you too much to fight with you about your homework."

What I said to parents is that, if you decide you're not going to fight about this anymore, you say instead, "How can I help?" You think about yourself as a consultant and acknowledge respectfully that it's the kid's homework. You can't make your child do it. What you can do is offer to help.

You can set up what I call consulting hours between 6:30 and 7:30 p.m., and just say, "I'm not going to fight with you. I just love you too much. I don't want all this friction. This is your work, and I respect that you can figure this out and I'll help you." A family just told me that the temperature went down in their house by 20 degrees.

Letting go can be especially hard for anxious parents, who worry a lot about their kids getting good grades, getting into a good college, landing a good job, etc. How do you help them let go?

All of us have what I call a shared delusion: that the path to becoming successful is extremely narrow and, if you fall off it, you're sunk. And it just doesn't take very long to look around and realize how untrue that is.

Research suggests that it doesn't make that much difference where you go to college in terms of how successful you are financially or professionally or how satisfied you are or how happy you are. The idea that, somehow, getting into the most elite college at any cost is the right focus of a kid's development is completely wrong. It's wrong-headed. And many parents with enough support can come to see that and make peace with it. But it's a big project because so much of the world that we live in gives the opposite message.

Also, we need to make peace with reality. And the reality is, you can't make a kid do his work. And that means it can't be the parent's responsibility to ensure that the kid always does his homework and does it well.

In some ways, it's also disrespectful to the kid. You know, I start with the assumption that kids have a brain in their head and they want their lives to work. They want to do well. That's why we want to change the energy, so the energy is coming from the kid seeking help from us rather than us trying to boss the kid, sending the message, "You can't do this on your own."

One of my favorite moments in the book is when you reveal how you, as a parent, approached homework and report cards with your kids. What was the message you were trying to convey to them?

When my kids were little, I had just been reading some research that suggested there's a very low correlation between grades and success in life. And so, when my kids were in elementary school, I said, "I'm happy to look at your report card, but I don't care that much. I care much more that you work hard to develop yourself, and part of that is developing yourself as a student. But also it means developing yourself as a person. If you want to be an athlete or musician or whatever is important to you, I care much more about that because that's the stuff — that self-development — that helps you be successful. It's not the grades."

When my daughter was in high school, she came to a lecture I gave on the adolescent brain, in which I mentioned this low correlation between grades and success and how research on valedictorians suggests that they don't do better than other college graduates once they're in their mid-20s. Driving home, she said, "You know, I liked the lecture, but I don't really believe that you believe that stuff about the grades."

I told her, "I absolutely believe it." In fact, I believed it enough that I offered her a hundred bucks to get a C on her next report card.

What Kids Need From Grown-Ups (But Aren't Getting)

I assume she was an A student at the time?

Yeah, she's now got a Ph.D. in economics from the University of Chicago. She's a brilliant girl and a really good student. But I offered her a hundred dollars for a C, so she could understand and have the experience that, you know, one bad thing or one thing that seems like a disaster is just not that big a deal.

She didn't take you up on it?

She never did. But I think it helped her to know that there's many ways people become successful. And I think that message was really helpful to my son, who did not learn easily and needed help to get through school. He was a later bloomer but ultimately got a Ph.D. in psychology and is an incredible person.

I walked this walk with him — in the sense that I never oversaw his homework. If I happened to notice that he hadn't done a very good job on something, I'd offer some suggestions, and often he'd take me up on it. Other times, he wouldn't. And I'd say, "This is your education. I'll help wherever I can."

On the subject of homework, you say: Inspire but don't require.

I wrote a couple papers on homework in 1986, and I reviewed what we know about the effects of homework on learning. And I was dumbfounded to learn at that time that there's virtually no correlation between the amount of time spent on homework and what you learn in elementary school. And that's partly why I concluded that it doesn't make sense to fight with kids and have all this stress about something that doesn't seem to contribute to learning.

Thirty-some years later, it's still the case that there's no compelling evidence that homework contributes to learning in elementary school and even in middle school — or in high school beyond two, 2 1/2 hours. It just doesn't do much.

I think the wisest thing is to try to inspire kids to learn at home. I don't want kids going home and being on social media or video games all night. I want them to be working on developing themselves, and I want teachers to inspire kids to learn. Tell them, "Here's what you're going to get out of this assignment. I think it will help you. Or find a different way to learn this material." But don't require homework and grade it because, in my opinion, it confuses the means for the end.

You say the best way to motivate a child for the things you think he should focus on is to let him spend time on the things he wants to focus on. Why?

There's a scientist by the name of Reed Larson who studies adolescent development with a strong focus on motivation. And he concluded some years ago that the best way to develop a self-motivated, older-adolescent adult is to encourage their participation in their pastimes — in the stuff they love.

The point he's made is that, if a kid is deeply involved in something that he loves to do, he's going to create a brain-state that combines high focus, high energy, high effort and low stress. Ideally, at least in our professional lives, that's where we want to be most of the time. We want to be interested, engaged, active, alert, and focused but not highly stressed.

In my own experience, I was a C+ student in high school, but I spent at least two or three hours a night working on rock 'n' roll music. I was in a band and learned to play instruments and learning chord structure and practicing harmony parts. Oftentimes, I'd tell myself, "Well, I'll go into my music room for half an hour, and then I'll do some homework." But commonly, two-and-a-half hours later, I'd come out and have no idea where all the time went.

I feel that I really sculpted a brain that, once I found something professionally that really speaks to me, I could go pedal to the metal.