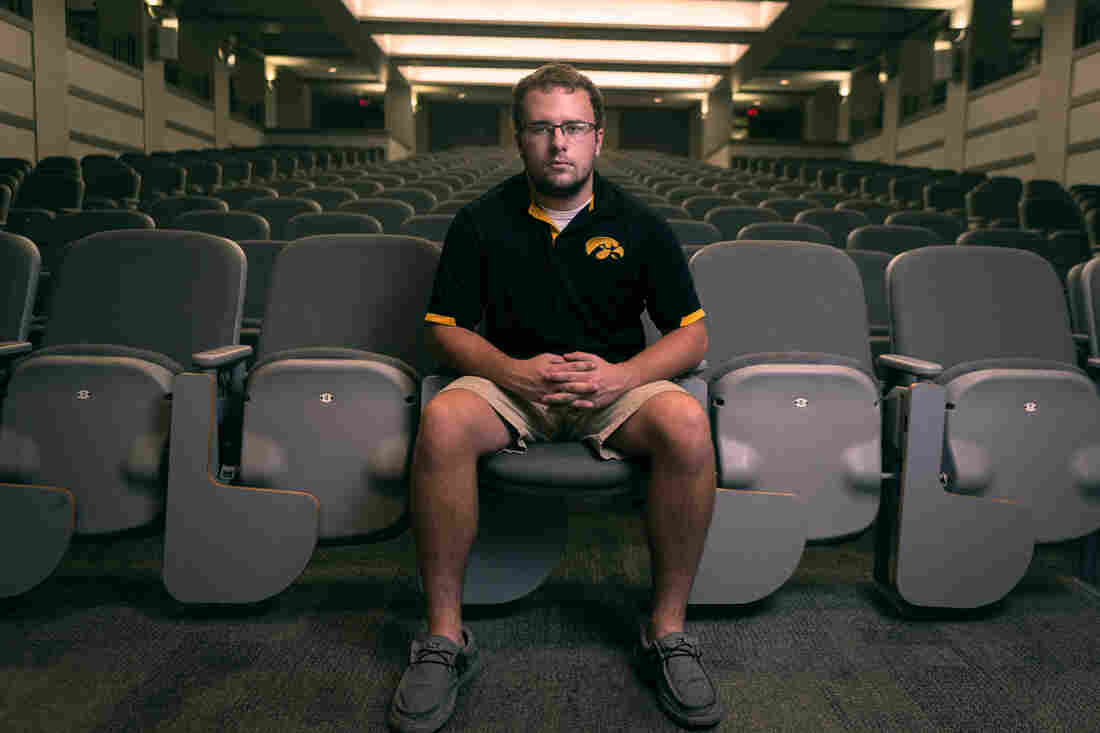 When Dustin Gordon arrived at the University of Iowa, he found himself taking lecture classes with more people in them than his entire hometown of Sharpsburg, Iowa, population 89. Ben Smith/The Hechinger Report hide caption

When Dustin Gordon's high school invited juniors and seniors to meet with recruiters from colleges and universities, a handful of students showed up.

A few were serious about the prospect of continuing their educations, he said, "But I think some of them went just to get out of class."

In his sparsely settled community in the agricultural countryside of southern Iowa, "there's just no motivation for people to go" to college, says Gordon, who's now a senior at the University of Iowa.

"When they're ready to be done with high school, they think, 'That's all the school I need, and I'm just going to go and find a job.' " That job, Gordon explains, might be on the family farm or at the egg-packaging plant or the factory that makes pulleys and conveyor belts, or driving trucks that haul grain.

Variations of this mindset, among many other reasons, have given rise to a reality that has gotten lost in the impassioned debate over who gets to go to college, which often focuses on racial and ethnic minorities and students from low-income families: The high school graduates who head off to campus in the lowest proportions in America are the ones from rural places.

Overall, 59 percent of rural high school grads — white and nonwhite, at every income level — go to college the subsequent fall. That's a lower proportion than the 62 percent of urban and 67 percent of suburban graduates, according to the National Student Clearinghouse, which tracks this.

Forty-two percent of people ages 18 to 24 are enrolled in all of higher education, according to the National Center for Education Statistics, but only 29 percent of rural people in that age group are enrolled, compared with nearly 48 percent from cities.

Understanding and addressing this "is critical to our future, not just for employment but for civil discourse and kids feeling like they can contribute and achieve and not feeling lost and ignored," says Jeff Hawkins, executive director of the Kentucky Valley Educational Cooperative. The nonprofit group works to encourage students in that state's coal-mining southeast corner to go on to college.

It's not that rural students aren't academically prepared. They score better on the National Assessment of Educational Progress than urban students, and they graduate from high school at a higher percentage than the national average, the U.S. Department of Education reports.

At the regional high school Dustin Gordon attended in Lenox, Iowa, the graduation rate is typically at or near an impressive 100 percent.

The reasons for low college-going by rural students are as myriad as they are consequential, affecting everything from regional economic competitiveness to widening political division. 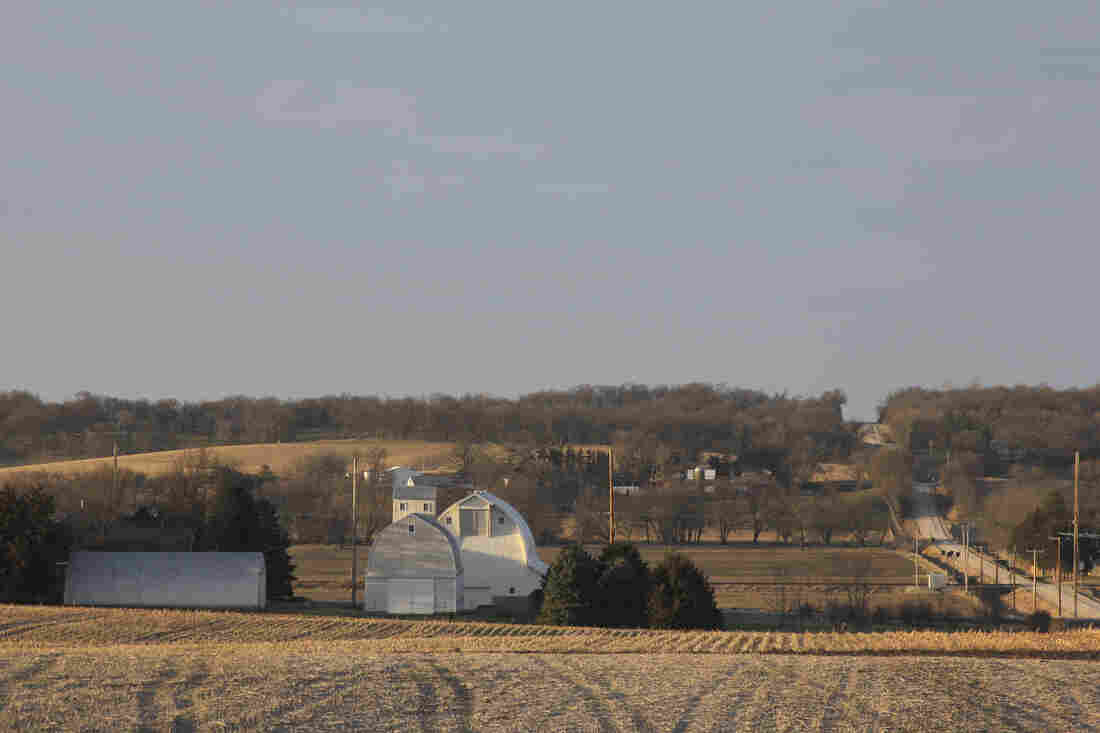 A farm in rural Iowa. The high school graduates who head off to college in the lowest proportions in America are the ones from rural places. Brad Covington/Flickr hide caption 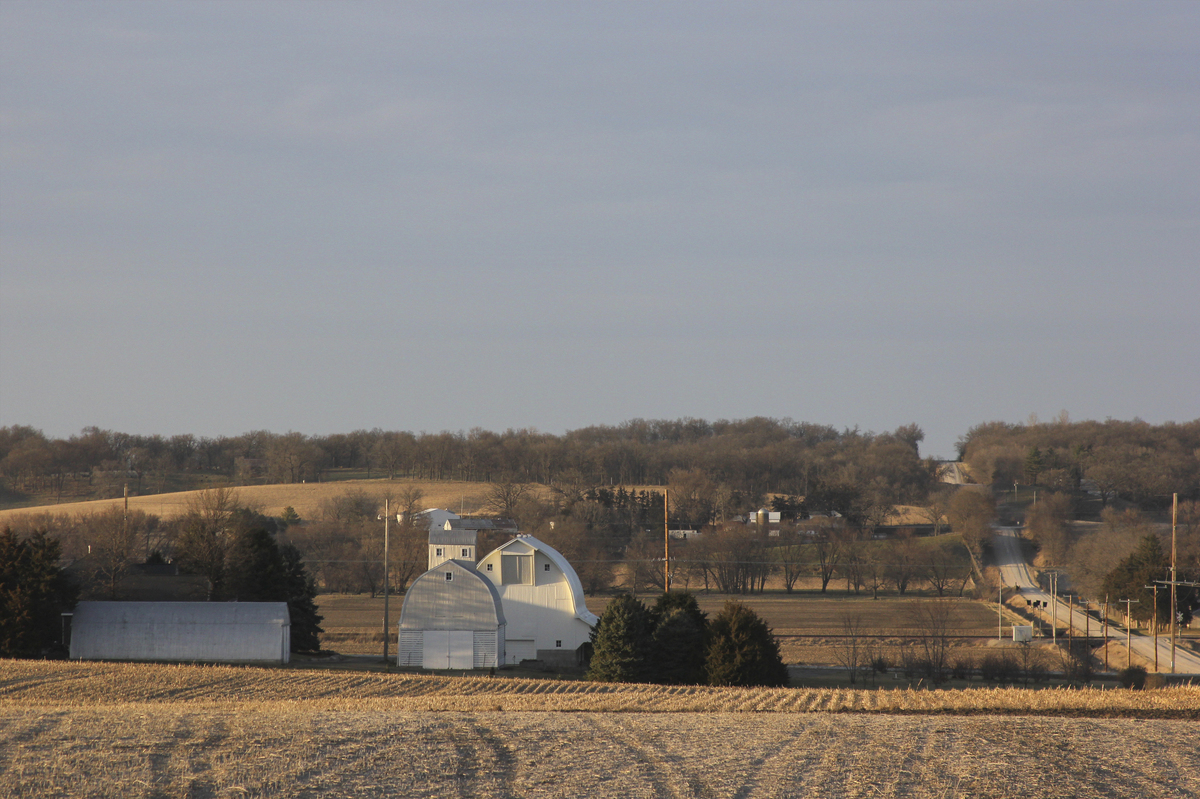 A farm in rural Iowa. The high school graduates who head off to college in the lowest proportions in America are the ones from rural places.

Many are historic. Rural students live in places where it once was possible to make a decent living from farming, mining and timber-harvesting, said Charles Fluharty, president and CEO of the Rural Policy Research Institute at the University of Iowa. None of those required college educations. Then manufacturing began to leave, agriculture became increasingly automated, and mines closed. While cities were generally able to economically diversify after the decline of industries such as auto manufacturing, rural areas haven't.

"You could go to ag[ricultural] school, but you didn't have to," said Fluharty, who was raised on a farm in the Appalachian foothills of Ohio that has been in his family for five generations. "You could get those jobs, so why should you go to college?"

A resulting sense of hopelessness in places where jobs became sparse, Fluharty says, meant that rural students lost interest in their high schools' field trips to technical colleges or public universities, or in those visits from recruiters.

The same malaise apparently affects their parents. A third of rural whites, and 40 percent of rural white men, are resigned to believing that their children will grow up with a lower standard of living than they did, a survey by the Pew Research Center found. That's a higher proportion than people who live in cities (23 percent) or suburbs (28 percent).

This disaffection has been widely cited as a reason anti-establishment candidate Donald Trump won 62 percent of the rural vote in the 2016 presidential election, compared with Hillary Clinton's 34 percent — a much wider margin than in suburbs. In cities, Trump lost to Clinton by a wide margin.

Dustin Gordon bucked the trend. Though neither of his parents finished college, they insisted that he go.

"That's why I did it, I guess. They kind of pushed it," he said. "When I think of my [high school] classmates, the kids that went to college, their parents had better jobs or had gone to college."

But because of their histories, rural places have fewer such people than urban and suburban areas. Fewer than 1 in 5 rural adults ages 25 and older have college degrees, says the U.S. Department of Agriculture. That compares with the national average of nearly half, according to the Lumina Foundation, which is pushing for an increase in college completion among all Americans. (Lumina is among the funders of The Hechinger Report, which produced this story.) 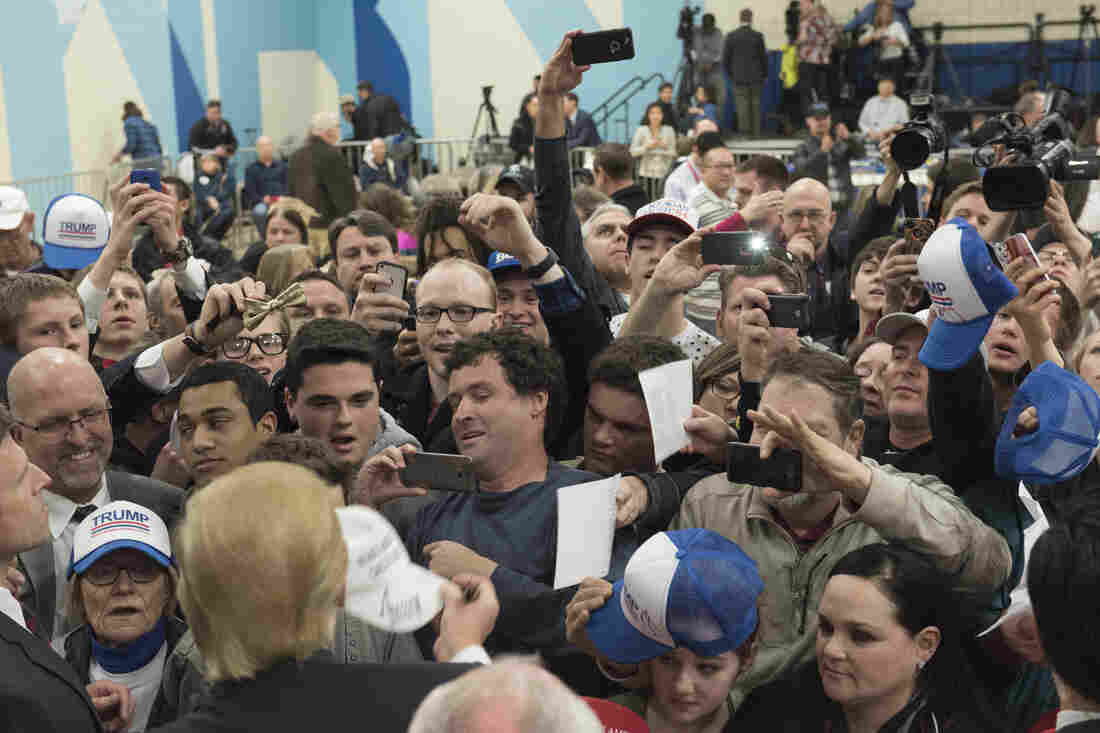 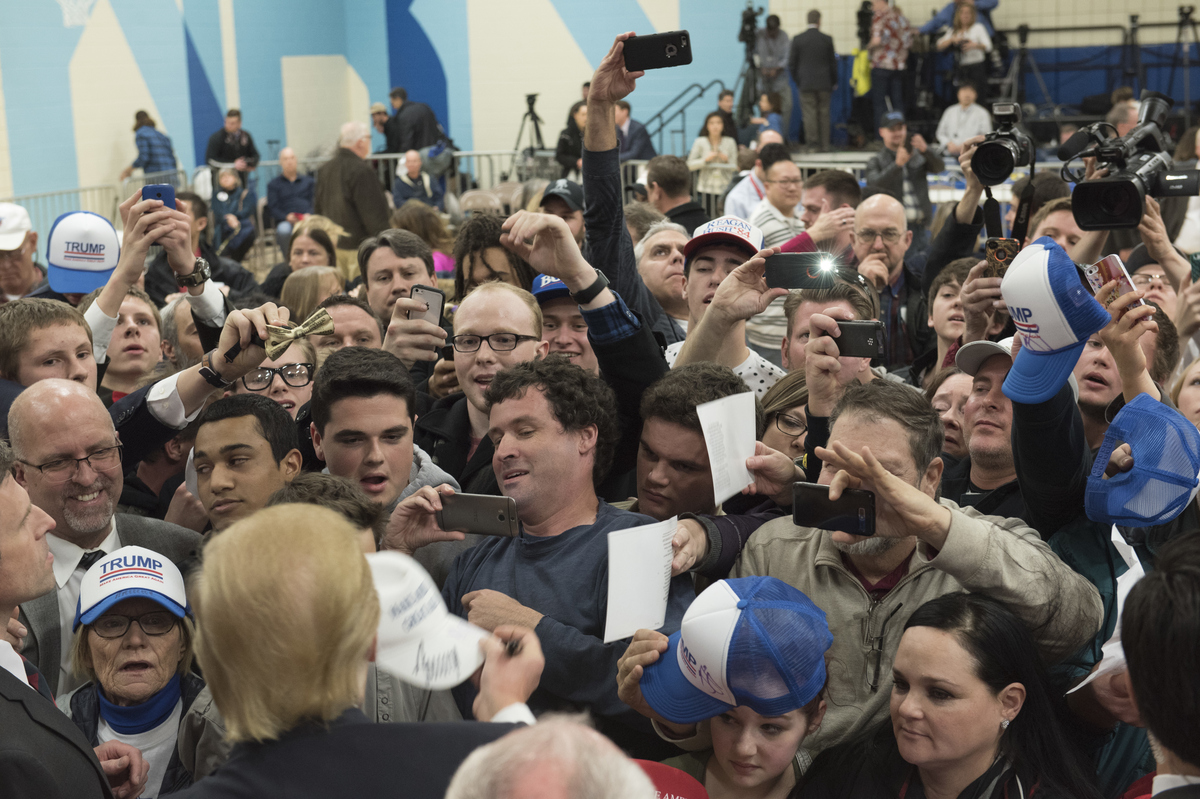 "Because we don't have a diverse set of vocations kids can look at or try on or have an example of someone in their community that they aspire to be like, they're kind of pushed into a position of 'I have a choice of becoming a coal miner or working in retail or health care,' " says Jeff Hawkins. "They can see a coal miner or a cashier, but they rarely, if anywhere except on television, encounter lawyers or doctors or astrophysicists."

Rural areas are far from homogenous — contrast Marion County, Tenn., and its tiny population of 30,000 with California's sprawling Kern County, which has nearly 890,000 residents spread across a wide-open patchwork of farms, small towns and larger cities such as Bakersfield. But their challenges are largely the same.

The Tennessee-based National Rural Education Association notes that, in addition to other problems, rural areas contend with drug and mental-health issues, poverty and a lack of high-speed access to the Internet, for instance.

"There aren't any applicants out there," Griffith said. "We've got one physics teacher in the county for three high schools." 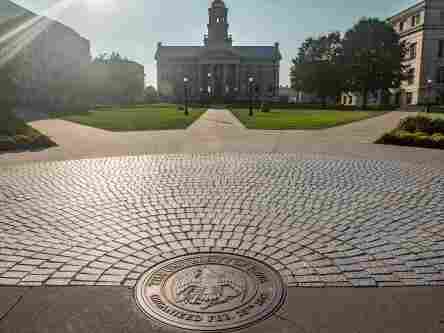 Dustin Gordon grew up in a small town where everyone knew each other. His high school graduating class had 29 students. When he got to the University of Iowa, he says, "I literally knew nobody on campus." Ben Smith/The Hechinger Report hide caption

Nor is there widespread confidence in rural places that going to college is worth it.

"This has become a cultural phenomenon. It's not an educational phenomenon," Fluharty said. Encouraging a rural student to go to college instead of doing the same work as the adults in a community, he said, is like "suggesting that that child should not do what I have done, should not be where I have been, should not value all that I have raised them to honor, whether that's going to the mill or turning on the tractor at 6 a.m."

Hawkins' program to encourage college-going tries to overcome this by connecting its students with people who are already enrolled in college. "They strike up a relationship that could extend online and they begin to create a future support group for when they get to college," he said.

Such a support system is important because rural students who do make it to campus are more likely to drop out between the first and second year than their urban and suburban classmates, the National Student Clearinghouse reports.

One reason is cost. For others, the problem is culture shock. "They go from 80 or 90 kids in their entire graduating class and now they're on campus with 20,000 kids," said Hawkins. In rural towns, "we grow up knowing our neighbors, going to church with them, shopping at the Dollar General store. There is more of a familiarity."

Dustin Gordon felt that keenly. The regional school he attended houses all 12 grades in the same building. There were 29 students in his graduating class. But when, after first enrolling at community college, he transferred to the University of Iowa, he found himself in lecture classes with more people in them than his entire hometown of Sharpsburg, population 89.

"Coming from a rural community, everybody knows who you are," says Gordon, who quarterbacked his high school football team, played baseball and ran track and field. When he got to the University of Iowa — with more than 33,000 students from around the country and around the world — "I literally knew nobody on campus," he says. "It's just kind of intimidating."

Gordon knows that most of his high school classmates and teammates "are going to stay in rural Iowa and not really get out to see much of the world."

As for him, he says he's hoping to become a financial planner when he graduates in May, and has his eye on moving to Des Moines.

"Since I've started going to the University of Iowa," he said, "I almost don't like going home. I've kind of changed. I probably won't end up back in Lenox, Iowa."

This story was produced by The Hechinger Report, a nonprofit, independent news organization focused on inequality and innovation in education. It originally appeared in The Atlantic.