Accessibility links
From Little Rock to Parkland: A Brief History of Youth Activism : NPR Ed This isn't the first time young people have tried to change the world. 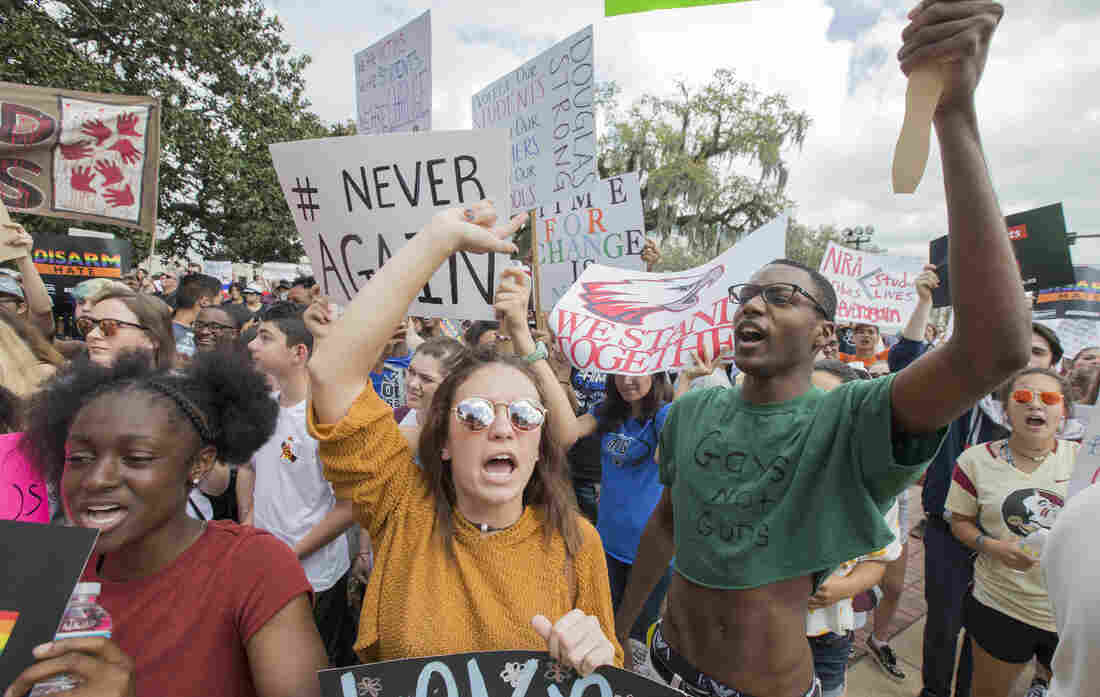 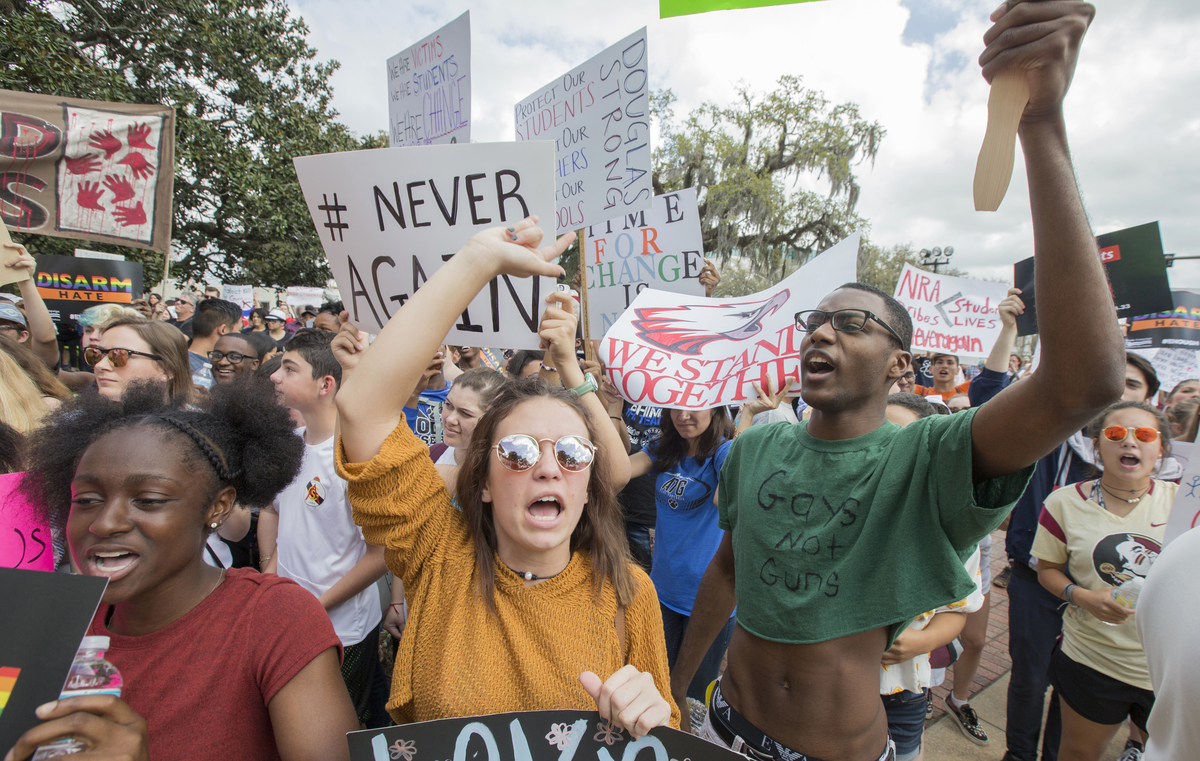 It's too early to know if politicians will heed the calls for increased gun control after the shooting at Marjory Stoneman Douglas High School. But one thing is clear: If change comes, it will be because of the passionate activism of the schools' students. The teens appear to have galvanized a new, national movement and inspired student activists across the country, spurring high school walkouts in Washington D.C., Arizona, and Minnesota.

While this surge of teen organizing around gun control may feel new, the U.S. has a rich history of youth activism. Here's a quick look at three big moments when children and teens became agents of change.

Before radio, television and the Internet, the public got much of its news from newsboys. Newsies would buy newspapers directly from publishers at a wholesale price, then sell them on street corners. Most boys made about a quarter a day and could not return their unsold papers.

Trouble began when media moguls William Randolph Hearst and Joseph Pulitzer started shorting the boys' bundles and increased their wholesale price by ten cents — a crippling blow to the newsies' bottom line. The newsboys responded by refusing to sell Pulitzer and Hearst's publications and created a union — 3,000 strong — to oppose the new changes.

The publishers hired men to fill the void, but the boys fought back. In one confrontation chronicled by the New York Times, a group of boys surrounded the men and "tore up their papers into pieces." A brawl ensued; the boys won.

"What we want is to stick together and not sell The Journal and World," said a newsie identified as Kid Blink during a mass meeting after the fight. "We'll all go out tomorrow and stick together, and we'll win in a walk."

Within two weeks, the millionaires agreed to a compromise. Although the union didn't last, Hearst and Pulitzer agreed to buy back newspapers the boys couldn't sell and promised to stop shorting their bundles. 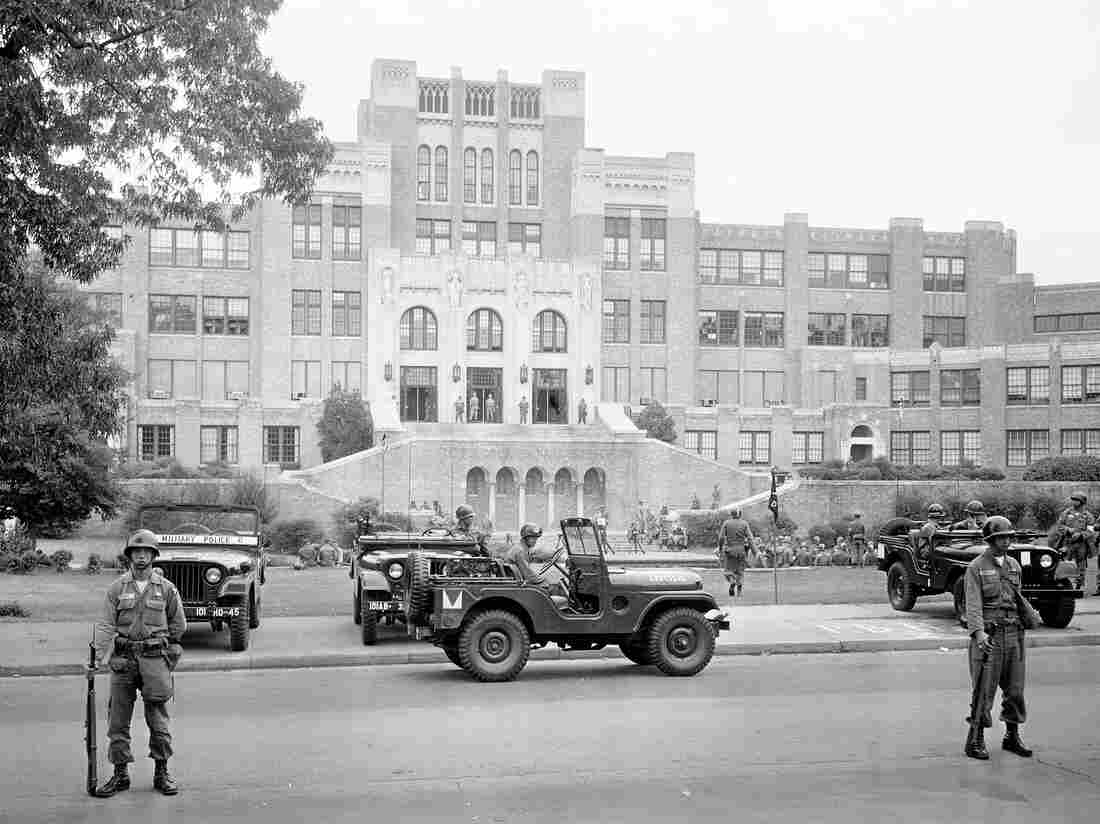 In this Sept. 26, 1957 photo, members of the 101st Airborne Division take up positions outside Central High School in Little Rock, Ark., after President Dwight D. Eisenhower ordered them into the city to enforce integration at the school. AP hide caption 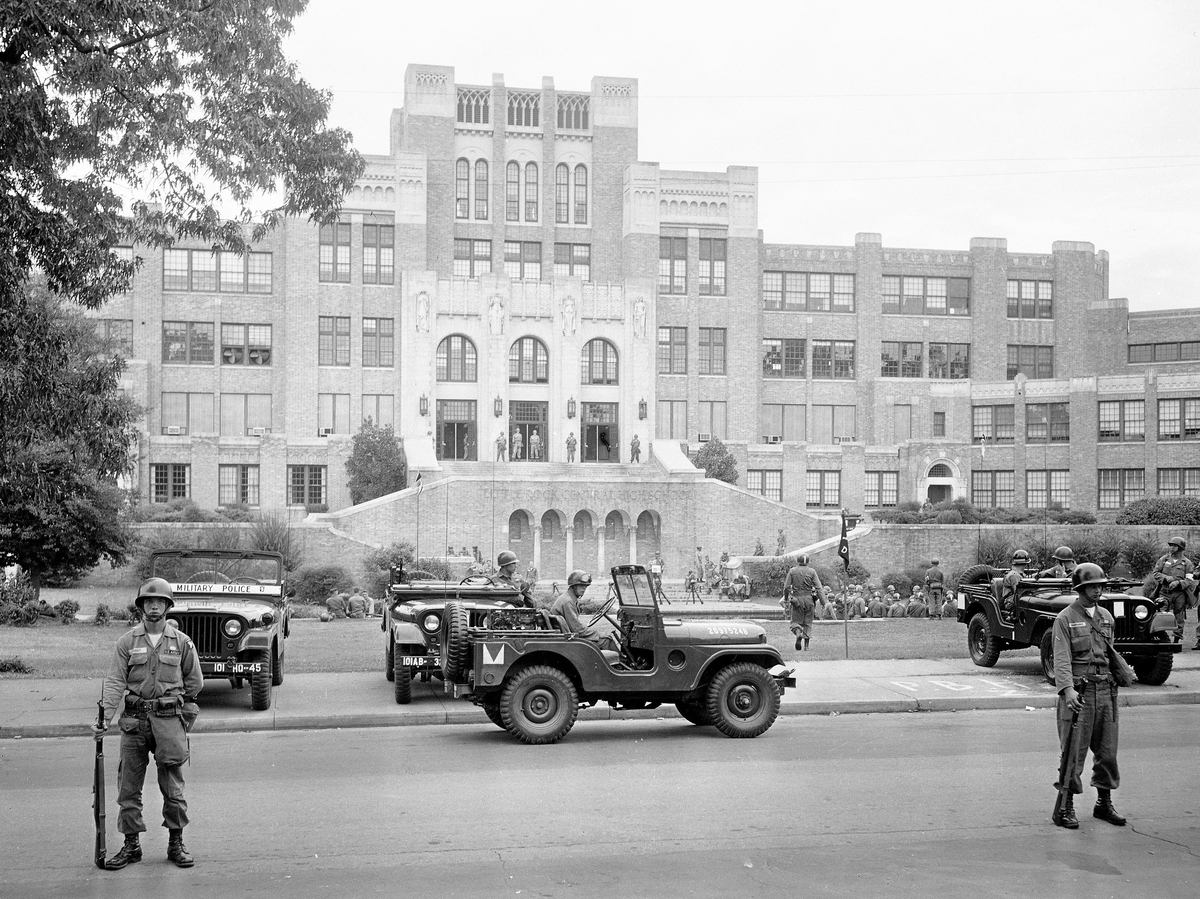 In this Sept. 26, 1957 photo, members of the 101st Airborne Division take up positions outside Central High School in Little Rock, Ark., after President Dwight D. Eisenhower ordered them into the city to enforce integration at the school. 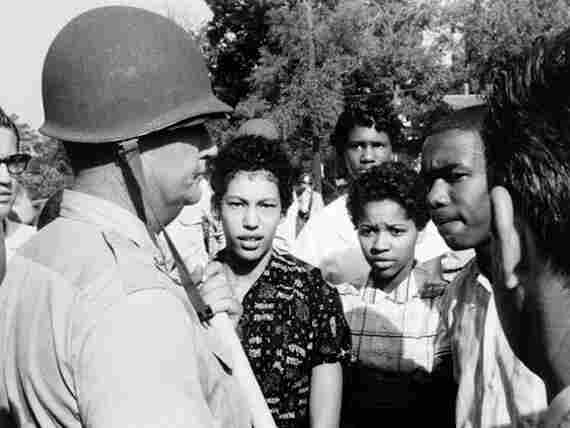 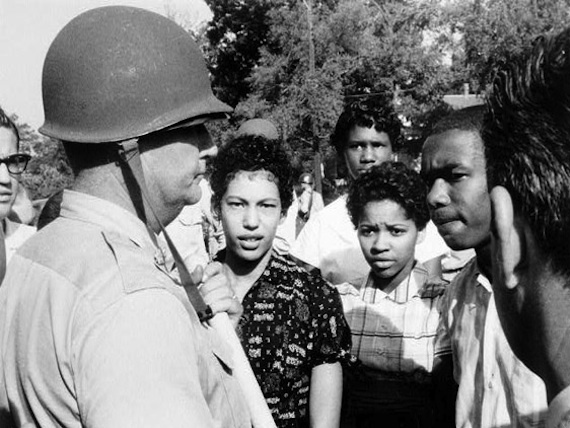 Three years after the Supreme Court declared segregated schools to be unconstitutional, nine black teenagers were recruited by the NAACP to enroll at the all-white Little Rock Central High School in Arkansas. After segregationist groups petitioned Gov. Orval Faubus to maintain the status quo at Central, Faubus filed for a temporary injunction to deny black students entry.

A local official granted the injunction but, the next day, a federal judge ordered the Little Rock school board to continue with its integration plans. That prompted Faubus to order the National Guard to physically block black students from entering the high school.

In the weeks that followed, a legal back-and-forth raged between federal courts and Arkansas' government over the state's unwillingness to comply with the Supreme Court's ruling. By the end of the month, a white mob had gathered outside the school to protest the entry of the nine. The group assaulted black journalists and made it impossible for the school to resume its daily operations.

"At a certain point, I didn't know if I would be alive to graduate from high school, or be stark raving insane, or deeply wounded," said Minnijean Brown who was 15 at the time of the incident.

After the uproar, President Eisenhower federalized the National Guard, ordering them to escort black students into Central. The incident marks the early days of the civil rights movement and the long quest for racial equality. Although the Little Rock Nine helped to successfully integrate their high school, public schools throughout the country remain segregated to this day.

Chicano high school students in Los Angeles staged a massive walkout amid the growing 'El Movimiento' fifty years ago. The students wanted Mexican-American history and culture to be taught in their classrooms. They also wanted the school district to address high dropout rates, overcrowding and the "incompetent teachers and counselors who steered Latino students into auto shop instead of college-track courses," according to the LA Times. Thousands of students across the city participated in the walkouts.

"We feel disturbed and ashamed that these kids are carrying out our fight," teacher Ray Ceniceroz told the LA Times in 1968. "We should have been fighting for these things as teachers and as a community. Apparently, we have been using the wrong weapons. These kids found a new weapon — a new monster — the walkout."

The protests lasted a week before the school board agreed to meet with students, teachers and parents. The board conceded that changes needed to be made but insisted it lacked the funding to do so. This didn't sit well with students, and the unrest continued.

In response to the students' activism, the school district fired Sal Castro, a Mexican-American teacher who had helped organize the protests. Police also charged 13 students with conspiracy to disturb the peace. The charges were eventually dropped, and Castro was reinstated after students organized sit-ins in the district's main office.

"In our small part of the world, we were going to force some kind of change and some kind of equality," Kathy Ochoa, who was in 10th grade, told the LA Times 20 years later.