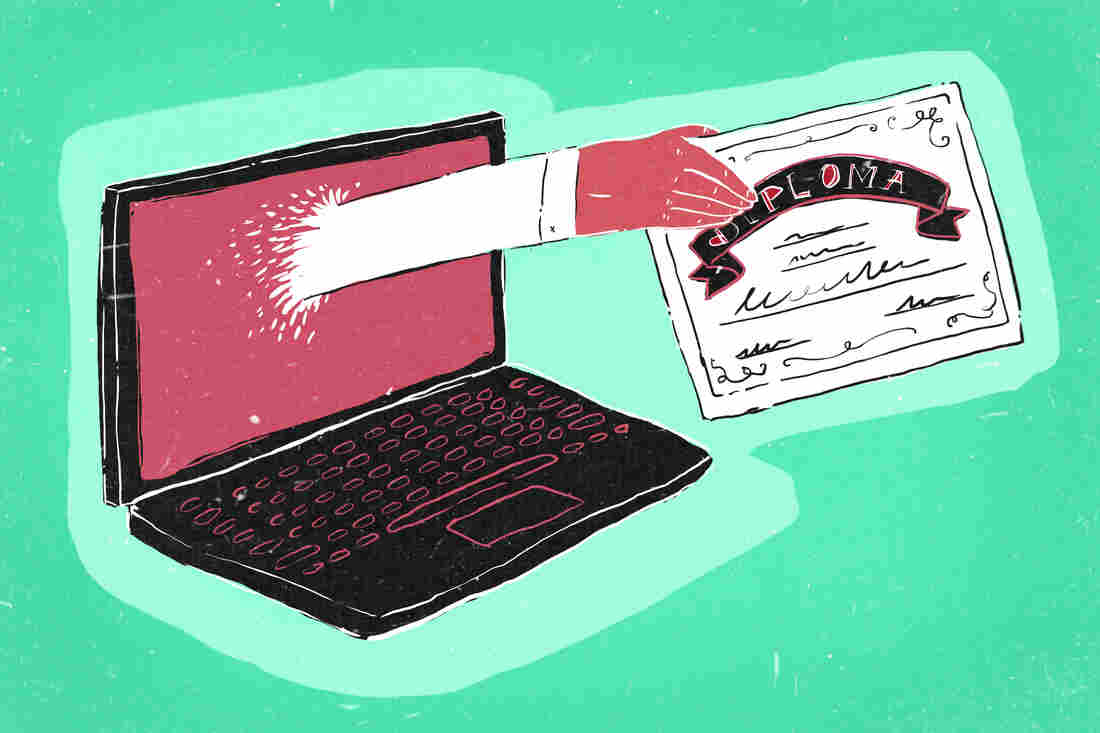 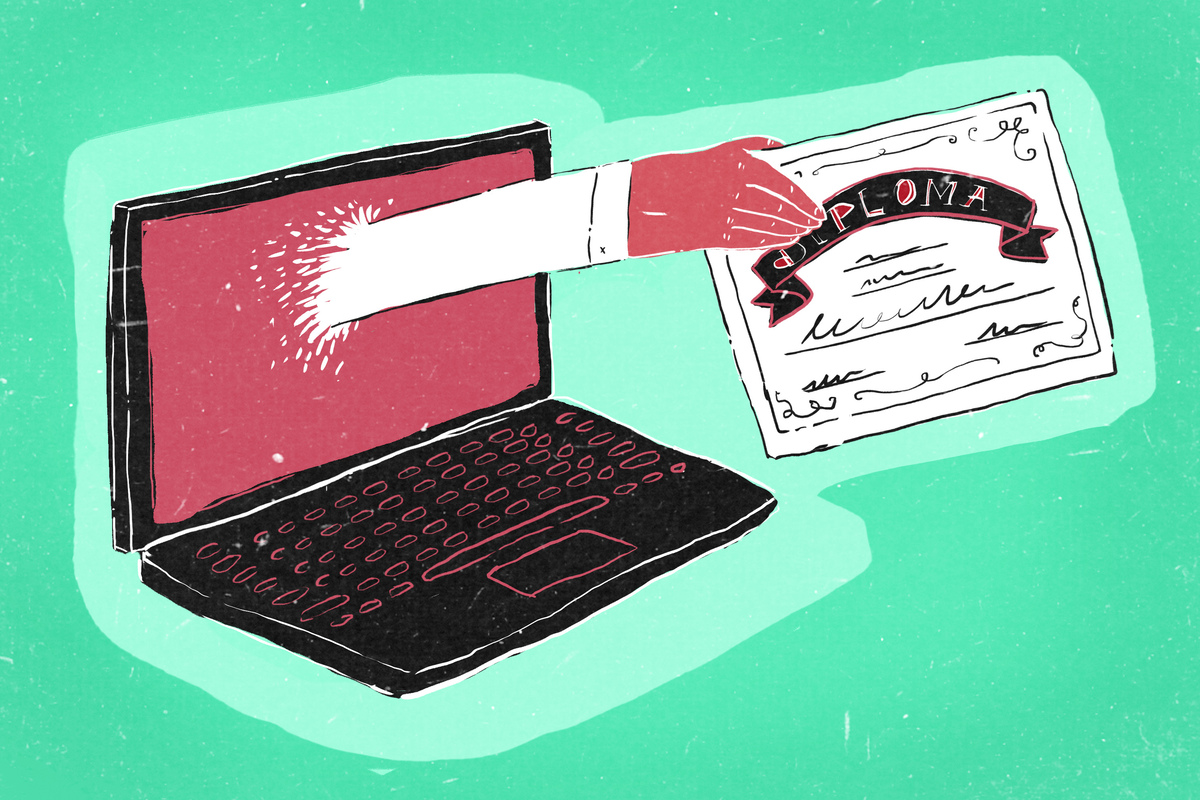 The workforce is changing dramatically, and there's a widespread recognition that new skills — and new ways of teaching adults those skills — are needed and needed fast. In California, the state's 114 community colleges are facing the challenge of offering the credentials, classes and training that will help workers choose a career or adapt to a new one.

The system right now can't serve all of these workers. But there's a new idea that could come to the rescue: Create a new, online community college for people in the workforce who've been shut out of higher education. 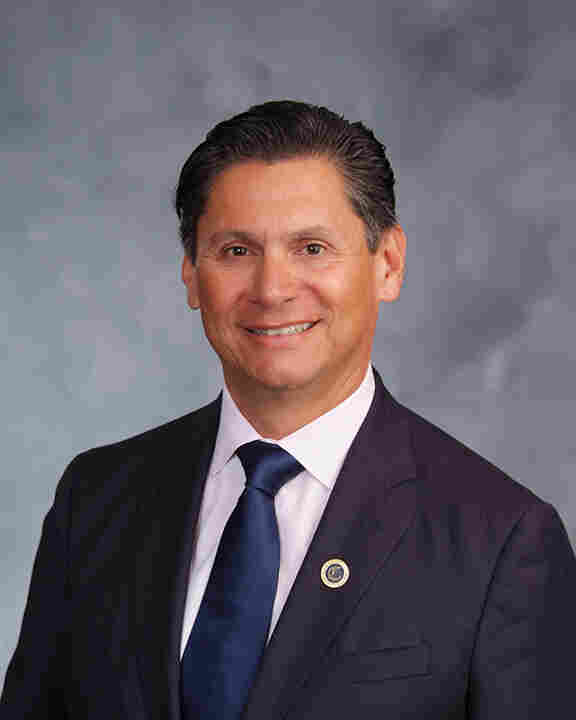 It's the brainchild of Eloy Ortiz Oakley. He's a product of California's community college system — and now its chancellor. He says it's a system that urgently needs to rethink how it delivers the courses students need, when and where they need them.

It's a fascinating idea, yet one that faces hurdles — not the least of which is the cost to get this new system up and running. Gov. Jerry Brown loves Oakley's idea and has proposed $100 million in startup funding in his budget, which state legislators have yet to approve.

I spoke with Oakley about his idea and why he thinks its time has come. Our conversation has been edited for length and clarity.

You already have 114 community colleges throughout California. All offer online courses. Why do you need to create a new online system, and who exactly will it serve that's not being served already?

These are individuals who cannot drop everything they're doing or come to our colleges and spend two to three years getting a degree or credential. They need short-term job skills in order to survive.

After the recession, we realized that millions of Californians in the workforce who have only a high school diploma, were displaced in great numbers. But even those who survived the recession have no real prospects for future wage gains.

What kinds of credentials are you talking about and in what fields?

That would depend on the region of California people live in. We have a very diverse economy, and we're looking at this by working with labor partners, the building trades as well as large industry representatives like manufacturing, health care, medical coding or administration. These short-term credentials would take advantage of a worker's prior learning, folks who've been in the workforce for a long time and have lots of experience.

We would give them a short burst of job skills that employers would honor. This is not something that our community colleges currently focus on.

For example, in this online model, an individual would be able to enroll and begin classes anytime of the month rather than waiting for the traditional academic semester to begin.

We also hope to get students interested in continuing their education. Our mission is social and economic mobility.

If the state legislature gives you the green light and the $100 million, do you have the people and resources to get it started?

There is no faculty yet because there is no college yet. But we would not have any problem recruiting faculty and staff from our own ranks. Thousands of faculty are already doing content development and working with employers to define the skills necessary which would be part of the curriculum.

We can also tap into the abundance of education technology that has been created in California through our own research universities, Silicon Valley and the tech sector. All these components are ready and available to us.

Community college faculty members who are skeptical of this idea say that it would take quite a while to accredit such a system. That until it's accredited, students would not be eligible for federal financial aid.

It's true that, until and unless we're accredited, students cannot access federal financial aid. But what I tell people is to take a step back and think about what we're trying to accomplish. We're trying to create short-term credentials valued by industry that allow individuals immediate wage gains.

In the meantime, students would still have access to the California College Promise Grant, available to all low-income students. Right now nearly 68 percent of students already enrolled in community colleges qualify and don't pay any fees at all.

What about the more basic concern that online instruction does not work for everyone, and that your dropout and failure rates would be pretty high?

This is not one of our concerns. The success rates for community college students online has significantly increased. The gap between them and students enrolled in traditional brick-and-mortar schools has narrowed to less than 5 percent. The success of online students in California today is on par with those getting regular classroom instruction.

Would there be some kind of admissions criteria and how would you screen students to make sure their reading, writing and math skills are up to snuff?

We would have a way to assess the skills people arrive with to ensure that they will benefit from online instruction.

This is certainly not a silver bullet for the 2.5 million working adults who have no college credential, but it's one more opportunity to serve more Californians. I mean we've got a growing income divide in California and that divide is tied to educational attainment.

This proposal is something new, so there's a level of fear and trepidation. But consider the fear of working adults who can't easily access our traditional system. Isn't it incumbent upon us to take on a little risk on their behalf?