Accessibility links
What It Is Like To Come Out As Transgender In The Classroom — As A Teacher : NPR Ed A year into teaching high school, Mario Suarez knew it was time to come out as transgender at his school. His students embraced him and he dedicated his career to them all over again.

Listen · 5:45 5:45
Coming Out As Transgender Strengthened This Teacher's Commitment To His Students 5:45 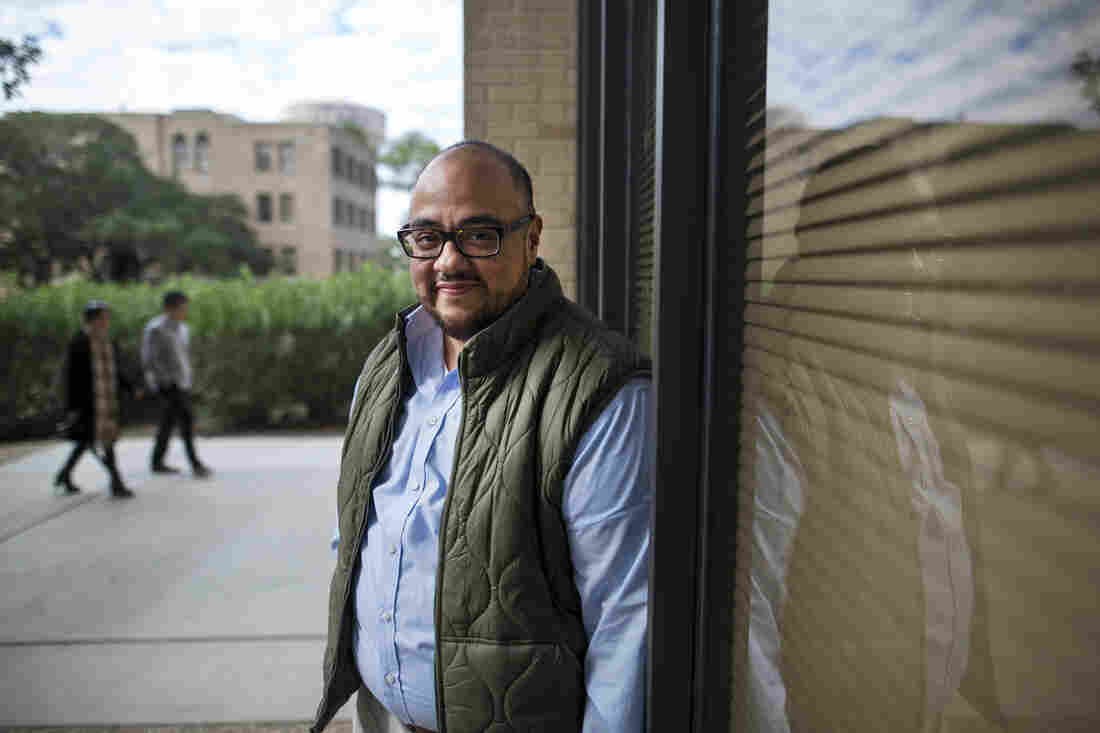 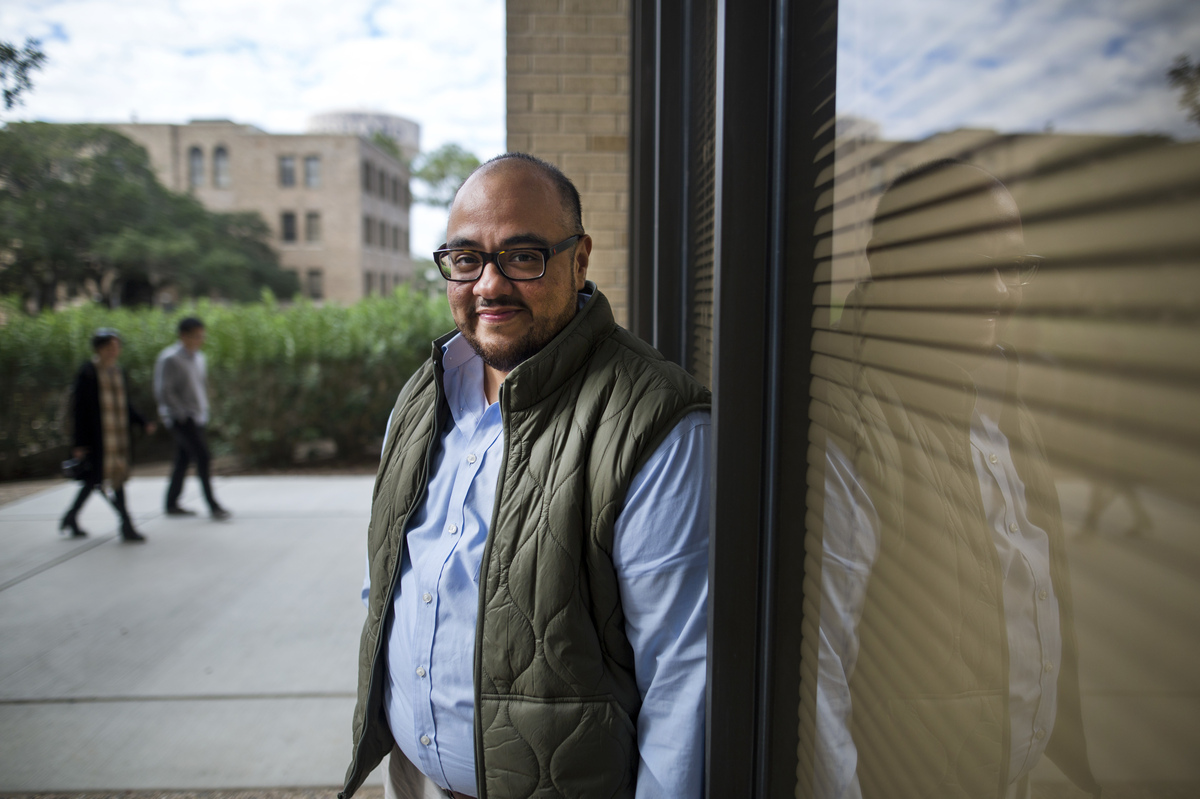 When he graduated from college more than a decade ago, Mario Suarez knew two things for sure: He was going to be a teacher and he was going to transition from female to male.

Right after graduation, he landed a job as a high school algebra teacher in Austin, Texas. "I was already living outside of the professional life as a male," he says. "So the next step, through my therapist, she suggested coming out in the workplace."

But because his workplace was a high school, that meant Mario, now 34, wouldn't only be coming out to his co-workers, but to the hundreds of students, and their parents, who cycled through the school each year.

Mario says that when he approached his principal at the time to discuss his transition, "He asked me, 'How would you feel if you started fresh somewhere else?' " 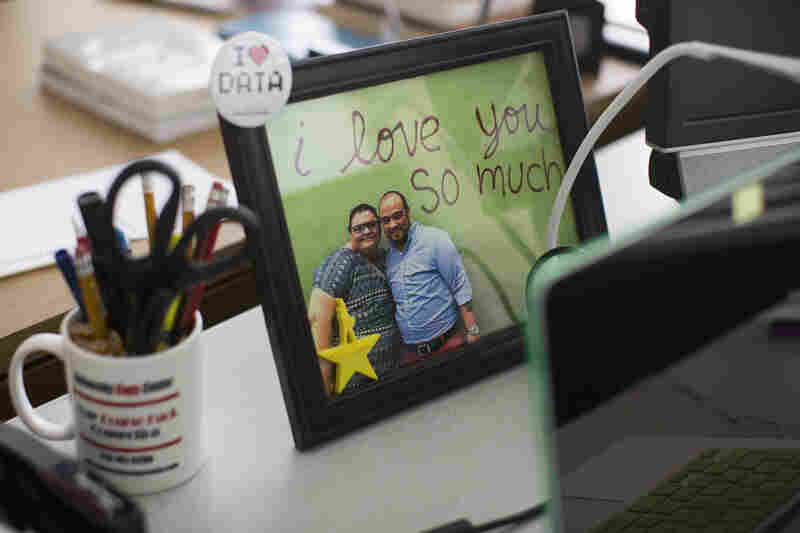 A photo on Mario's desk of he and his wife, Guadalupe Marquez-Velarde. Gabriel Cristóver Pérez/KUT hide caption 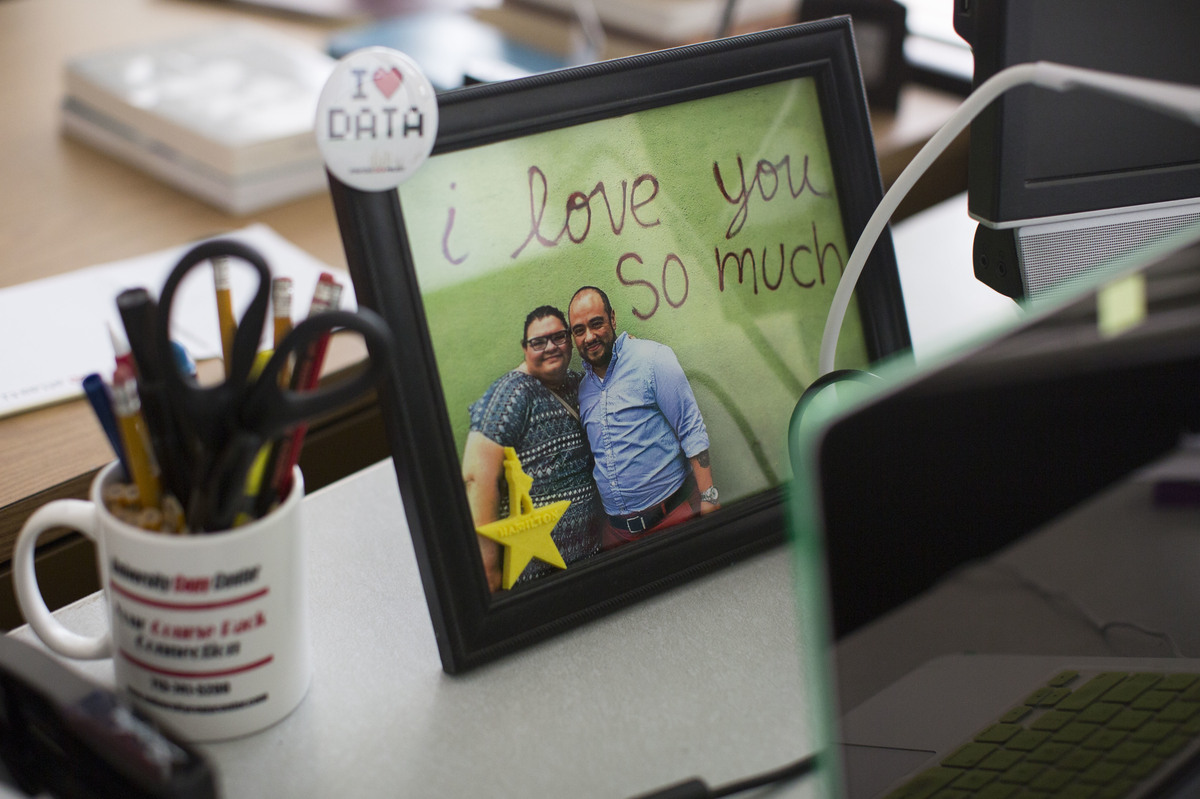 A photo on Mario's desk of he and his wife, Guadalupe Marquez-Velarde.

"I was lucky to be in the place I was in at that time."

Mario says he felt safe during his transition for two main reasons — Austin is generally known as an accepting place and he also presented as very masculine after hormone therapy.

Then, a few years after his transition, Mario met his future wife, Guadalupe Marquez-Velarde.

As the couple envisioned their future, Mario also thought about his profession. He loved being an educator and felt a pull toward educating others about LGBTQ issues. He was particularly inspired by his students' thoughtful questions about his experience.

Mario grew up in a small town in southwest Texas where he never learned anything about LGBTQ people. It wasn't until college that he was exposed to the language that allowed him to explain what he had felt for so many years.

So, Mario decided to shift his teaching away from math and toward helping K-12 teachers work with LGBTQ youth. He enrolled in a Ph.D. program at Texas A&M, where his research is focused on how teachers can discuss LGBTQ issues and topics in the classroom and integrate understanding into their curriculum.

"Because of him," Guadalupe says, "a lot of people that probably would have never met a transgender person before, have been able to meet him and be his colleague, his friend."

One of those colleagues is Kim Wright. Before attending A&M as a graduate student, Kim was a middle school teacher in a small, Texas town, where she says she didn't meet a lot of people with radically different life experiences. "He's taught me so much," she says.

Kim often invites Mario to guest lecture her classes for teachers in training. He talks to them about his work, and how to compassionately discuss LGBTQ concerns in the classroom. "He's talking to them about issues they have not really thought about, likely, before," she says.

But that openness causes his wife, Guadalupe, some anxiety. She worries when Mario doesn't get home on time, or if she doesn't hear from him for long periods.

But to Mario, nothing is more important to than telling his story in the hopes that it will open teachers' minds about LGBT youth. "These are children that are just trying to be themselves," he says.