Accessibility links
Before They Walk Into A Classroom, These New Teachers Will March On The N.C. Capitol : NPR Ed Recent graduates Cristina Chase Lane and WinnieHope Mamboleo will be joining the profession just as teacher strikes sweep the nation. Instead of feeling demoralized, they say they feel galvanized. 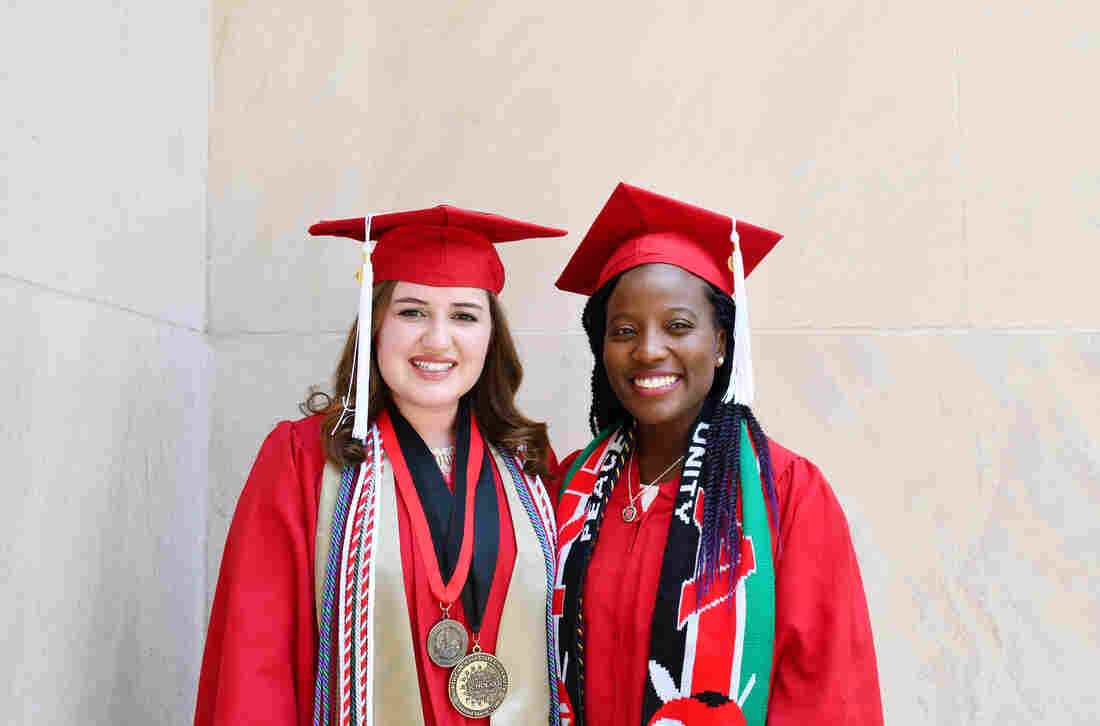 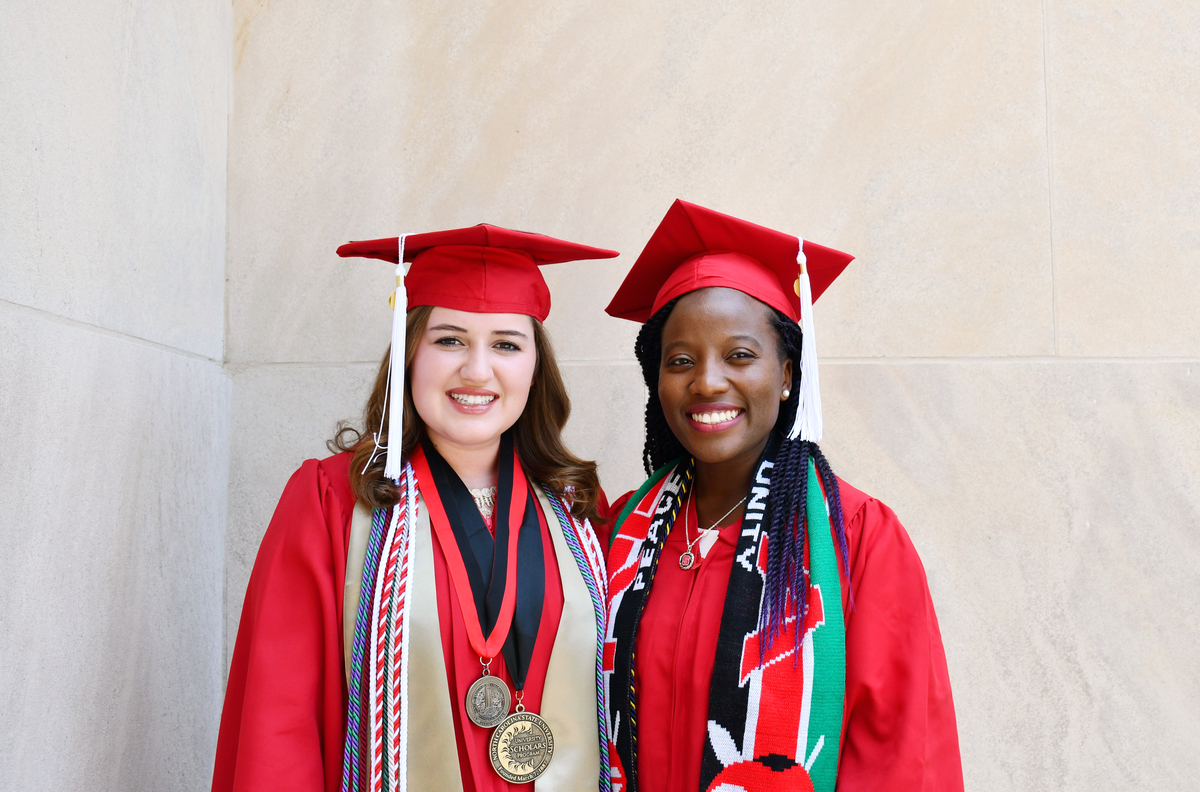 This week, they'll be marching with future colleagues at the state capitol in Raleigh, asking for better pay and better school funding.

North Carolina is the sixth state to see teacher walkouts in the past four months. The others are West Virginia, Oklahoma, Kentucky, Colorado and Arizona. The Tar Heel state ranks 39th both in per-student spending and in average teacher pay as of 2017.

You might think Mamboleo and Lane would be demoralized to be starting their careers at a time of such upheaval. But they say it's quite the opposite — they're galvanized.

"Those frustrations have always been there," says Mamboleo. "But I feel like we're at a point now where teachers are like, 'We're going to try to do something about it.' And getting a voice past the classroom."

"I think it's absolutely awesome," says Lane of the planned protest. "I know part of my philosophy of teaching is to teach students to have a voice ... and to be activists for what they want. And I feel like I can't teach them to do that if I don't do it myself. So watching all these educators come together for the common good is really great to see."

In a recent NPR/Ipsos national poll, more than 9 in 10 teachers said they entered the profession because they wanted to do good. Lane and Mamboleo both express this same idealism.

"That made me decide that I wanted to help someone in the same situation I was in," she says. Lane plans to teach third grade.

Mamboleo comes from a family of teachers. She moved to the U.S. from Kenya while she was in high school. As she became more fluent in English, she excelled in math.

"I just had really awesome math teachers who believed in me and also gave me a chance to stand up and speak to the other students," she says. "And that really gave me confidence." Mamboleo plans to be a high school math teacher.

The two women are now preparing simultaneously for the long hours and high demands of teaching work and the modest income.

Mamboleo has $20,000 in student loan debt. The oldest of four siblings, she is on her own financially.

"I just have to be humble and know that the main difference I'm making is going to be in the class," she says. "I'm just not going to have a lavish life."

"I'm not so nervous about next year per se," says Lane, "but long term, when I do have a family or when I start having to provide for other people." As a student teacher, she's already seen older colleagues who are married with children struggling to make ends meet.

And yet Lane and Mamboleo remain committed to their purpose. "There's nothing better than seeing a student who just couldn't get it, all of a sudden has that 'aha' moment," Lane says. "There is no other profession where you get to see that."

Jolie Myers and Kat Lonsdorf edited and produced this story for broadcast.