Accessibility links
Senators To DeVos On TEACH Grant Debacle: 'Urgent That These Mistakes Are Fixed' : NPR Ed Documents obtained by NPR show that nearly 11,000 TEACH recipients may have lost their grants because of mistakes by the loan servicer, but only a small fraction of the problems were ever fixed. 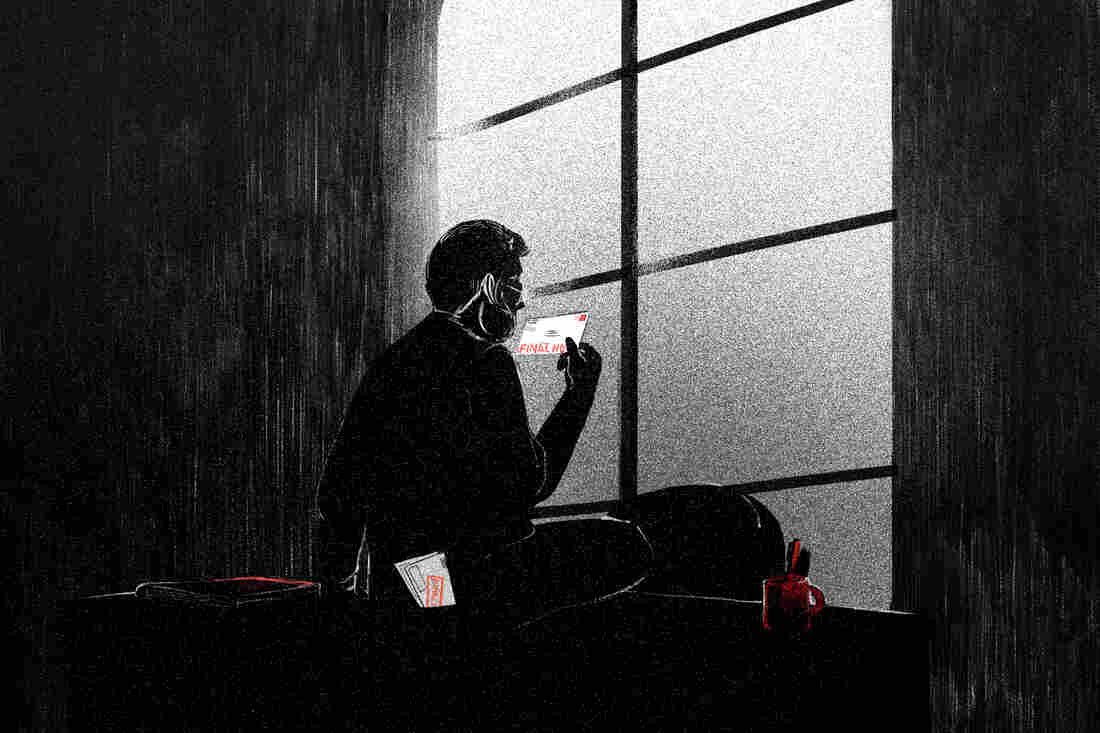 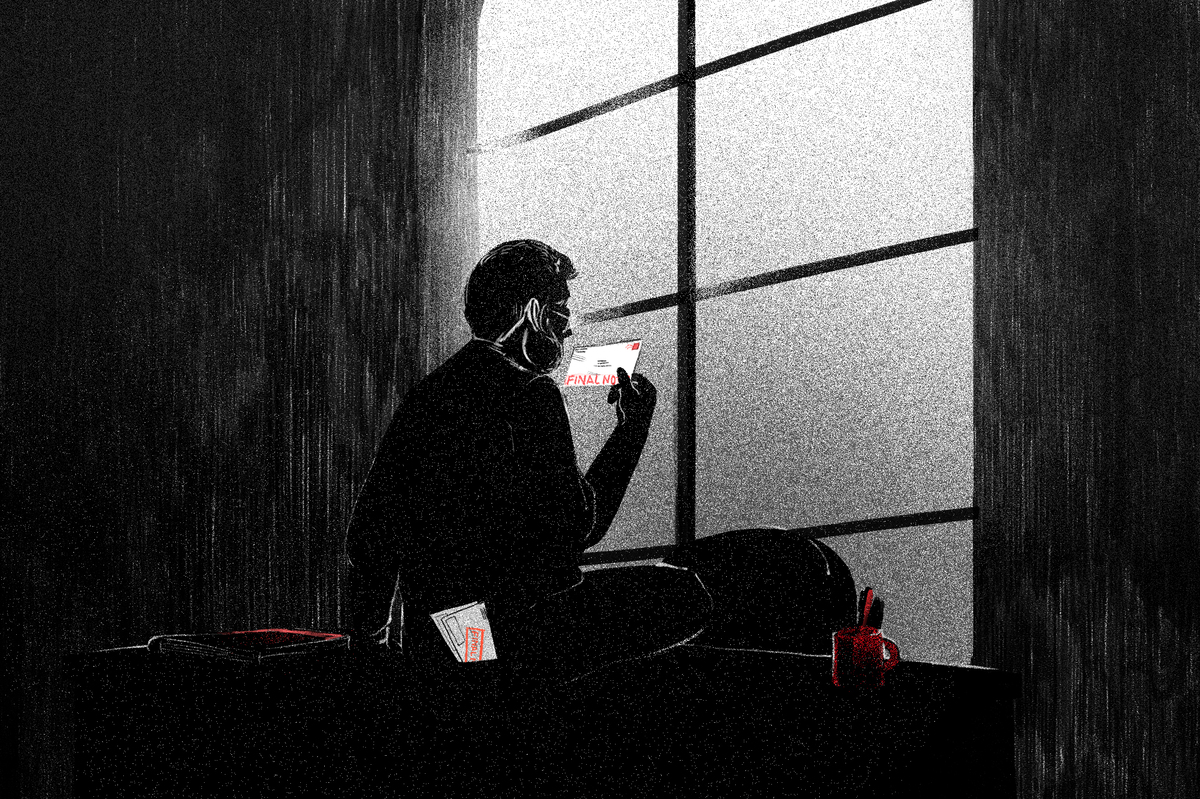 This story was updated Aug. 14.

The U.S. Department of Education is in the midst of a top-to-bottom review of a troubled federal grant program for public school teachers. The effort follows reporting by NPR that found many teachers had their grants unfairly converted to loans, leaving some with more than $20,000 in debt. In June, 19 U.S. senators signed a letter to Education Secretary Betsy DeVos, citing NPR's reporting and saying "it is urgent that these mistakes are fixed."

Now, documents obtained by NPR reveal that a previously unreported plan to fix the program was problematic from the start and did nothing for the vast majority of people involved.

Education experts say the department should learn from these mistakes as it works to reform the program. They say the program serves a vital purpose but it has been plagued by implementation problems that have left many teachers with debts they shouldn't have to pay.

The Teacher Education Assistance for College and Higher Education grant program helps prospective teachers pay for college or a master's degree. In return, they promise to teach a high-need subject for four years in a school that serves low-income families. The program began in 2008, but it has been poorly managed from the beginning.

Now it's clear that there were multiple warning signs along the way.

In late 2014, the Government Accountability Office completed a review of the TEACH grant program, finding that more than 2,200 recipients had their grants converted to loans "in error."

The Education Department then ordered its own massive audit of borrower records. That review found nearly five times more people — 10,776 recipients — appeared to have had their grants converted as a result of errors made by the company hired to manage the program.

In early 2015, the Education Department ordered a second company, FedLoan Servicing, to make this right for the people who had their grants wrongly converted. FedLoan had recently taken over management of the TEACH grant program from a company owned by Xerox. In a memo obtained by Public Citizen, a consumer advocacy group, the department wrote to FedLoan:

But it's never been clear if FedLoan actually did that. It's clear that thousands of people got hurt, but "it's been a mystery how many individuals had their grants converted back after this audit," says Julie Murray, an attorney at Public Citizen Litigation Group.

In short, did the Education Department ever fix this? What happened to these more than 10,000 people?

In June, 19 U.S. senators sent a letter to DeVos, complaining that, several years after this directive to FedLoan, "it is unclear whether any of these erroneous conversions have since been corrected, but it is urgent that these mistakes are fixed."

NPR has now learned what happened with this effort to help those 10,776 people — and it's not pretty.

The vast majority received no help at all.

The Education Department confirms that just 15 percent — 1,671 recipients — had their loans changed back to grants.

"Those numbers to me sound appalling," says Murray, who reviewed previously unreported documents obtained by NPR that detail this flawed outreach program. "I think it would be hard to design an outreach plan more likely to fail at fixing these errors," she says. "It doesn't appear that the department undertook a really serious effort to reconvert these grants back."

According to these documents, FedLoan and the Department of Education chose not to automatically reconvert any of these loans. They said they wanted to be certain each conversion was indeed erroneous, fearful of restoring a grant to someone who no longer met the TEACH grant requirements.

Instead, FedLoan mailed one letter to most of the borrowers in this target group. NPR has obtained a copy of the letter. Rather than clearly alerting people that their grants may have been converted by mistake or in error, or that they might be owed thousands of dollars, the letter is titled, "INFORMATION ABOUT YOUR TEACH GRANTS THAT WERE CONVERTED TO DIRECT UNSUBSIDIZED LOANS."

Prematurely. In multiple internal documents, the department and FedLoan describe these grants as having been converted "in error" or "incorrectly." In the letter to borrowers though, the conversions happened "prematurely," sending a message, intentionally or unintentionally, that these conversions were inevitable — not that borrowers may have been harmed and have recourse.

The letter goes on to outline some of the reasons these conversions would have been erroneous, including grants being converted before recipients graduated or within one year of their graduation. Three paragraphs in, the letter explains that, if the recipient is still on track with the program's teaching requirements, they can "request that we reinstate your TEACH Grants."

The last page of the three-page correspondence is the clearest: A form with the subheading "Request for TEACH Grant Reinstatement" required teachers who thought they had been wrongly converted to simply provide their name, account number and signature. Borrowers who had an email address on file also received one notification via email.

No recipients were called. No follow-up letters were sent. It's unclear whether there was any attempt to determine if the street or email addresses being used were current. An Education Department official tells NPR that the vast majority of people that FedLoan attempted to contact did not respond. Also, no attempt was made to contact borrowers who had already paid off these potentially erroneous loans if they did not initially contest the conversion of their grants.

In a statement, the Education Department tells NPR that it did its due diligence:

"In 2014, the Department detected anomalies in TEACH Grant conversion rates. In response, the Department requested a review of the loan servicer's administration of the TEACH Grant Program. The review revealed that nearly 11,000 recipients may have had their TEACH Grants converted to loans in error. The Department immediately developed a work plan to determine the root cause of the inadvertent conversions, communicated with potentially impacted recipients, validated who was actually impacted and when requested, corrected the error."

But Murray, of Public Citizen, says the department didn't do nearly enough and that she's not surprised so few people responded to FedLoan's outreach.

"[The Education Department] used this bland title that doesn't tell teachers what's really at stake in the letter, so they have to read multiple paragraphs to find out what happened and how they can fix it," Murray says. "It calls into question the Education Department's interest in actually fixing the problem for these teachers."

And this problem appears to be larger still. As NPR has previously reported, thousands more public school teachers who are meeting the program's service requirements also appear to have had their grants converted to loans because of minor mistakes in paperwork or deadlines narrowly missed. The department doesn't classify these grants as being converted "in error." Many teachers say these conversions are nevertheless unfair and have left them feeling devastated, both emotionally and financially.

"It's so unjust and wrong on all accounts," says Kaitlyn McCollum, a high school teacher in Columbia, Tenn. She says that in 2016, her fourth year teaching, she sent the required "annual certification" TEACH grant paperwork in on time but that FedLoan told her they received it a few days late. And for that, suddenly, her $16,000 in grants were converted to $22,000 in loans (including interest, which keeps adding up). By the time she's done paying the government back, it will have cost her $30,000.

McCollum and her husband are both teachers. They have a young family, and money is tight. And she says to be hit with so much debt has been crushing. It's "a myriad of emotions — anger, frustration, hopelessness, sadness, fear," she says. "All of those negative emotions kind of rolled into one."

The Education Department insists in a statement that it "is committed to improving this program, and is currently reviewing all aspects of its administration of the program to ensure that we provide students who want to teach in underserved communities the resources and support they need." The department has also advised teachers to seek help through its student loan ombudsman's office.

But, even if the program is improved for future teachers, it's not clear what will happen to the many who are still stuck with big loans they shouldn't have to pay. Many teachers, including McCollum, say the TEACH grant serves an important purpose, and they hope — this time around — they'll get their money back and the department finally gets things right.

Are you a teacher whose TEACH grant was wrongly converted into a loan? We want to hear from you. Email dcturner@npr.org and carnold@npr.org.