Accessibility links
For Teens, Dystopian Fiction Seems Pretty Real — And That's Why They Like It : NPR Ed Dystopian novels are all about consequences, choices and gray areas. Psychologists say that plays right into the sweet spot of the developing teenage brain. 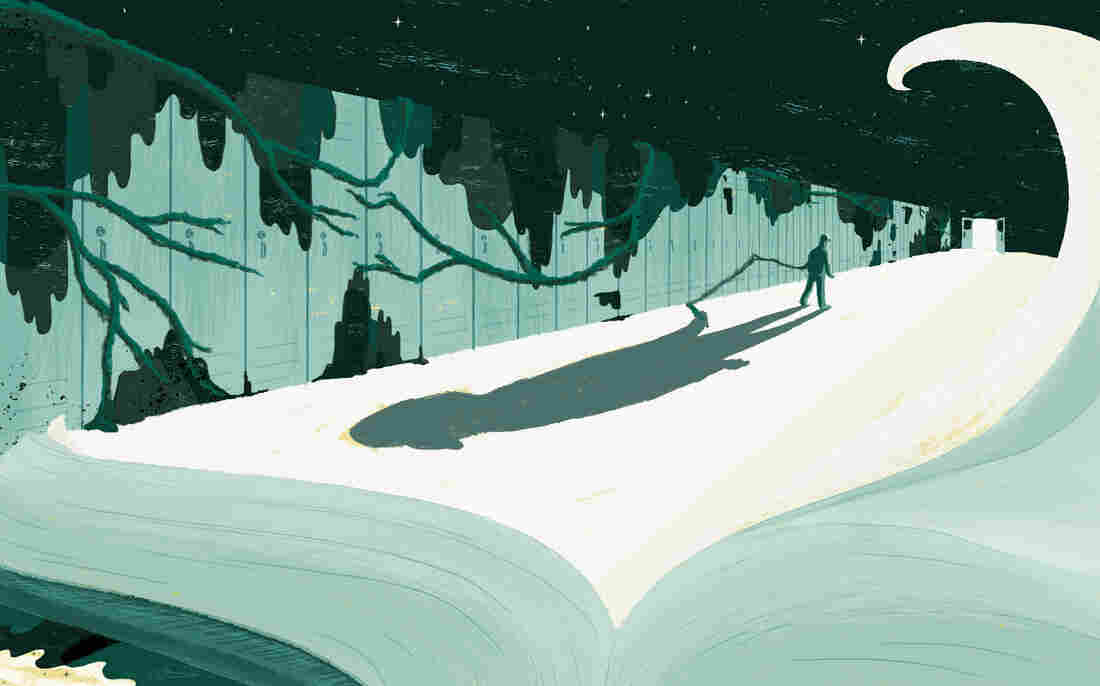 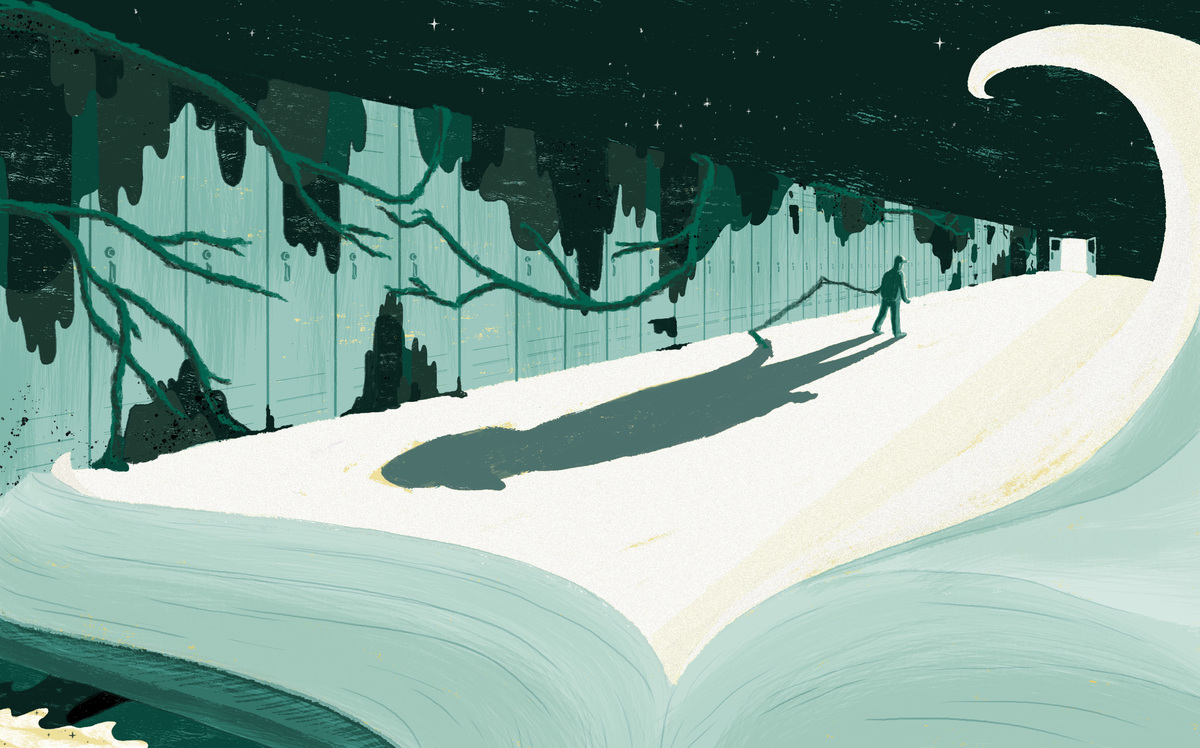 This piece originally ran in 2017.

The plots of dystopian novels can be amazing. A group of teens in Holland, Mich., tells me about some of their favorites:

In Delirium by Lauren Oliver, Love is considered a disease. Characters get a vaccine for it. In Marissa Meyer's Renegades, the collapse of society has left only a small group of humans with extraordinary abilities. They work to establish justice and peace in their new world.

Scott Westerfeld's Uglies is on everyone's favorite list. The plot goes like this: Everyone wants to be pretty. For their 16th birthday, they can be surgically altered to be a "pretty." During the surgery, however, lesions are put on their brains. These can cause illness, or hinder thinking. If characters get an important enough job later on, they get those lesions removed.

The teens explaining these books are sitting around a table at the public library in Holland, an idyllic west Michigan town. This time, the book club is meeting to talk about The House of The Scorpion by Nancy Farmer — the gathering is part of the library's young adult programming.

Even though the flyer advertises this book as dystopian, there's some dissent around that (at a dystopian book club, this distrust of "the adults and their flyers" is no surprise.)

After a brief plot description (there's a drug lord, clones and, of course, a rebellion against the status quo), Taylor Gort, 17, starts things off: "It's a question of how many ethics rules are you willing to break," she says, referring to the book's main character, El Patrón. Amanda Heidema, the librarian leading the discussion, nods her head, "I mean, is making a clone ethical?"

There are a few beats of silence before Will Anderson shakes his head: "No, I don't think it is."

The conversation goes on for nearly an hour — flowing from clones, to whether manipulation is evil, to how screwed up adults are (can you believe they think this book is dystopian? It's not.).

That last one — how messed up grownups are — is a hallmark of dystopia, especially in the young adult genre. When I ask the group why they think these types of books are so popular with teens, they tell me it has a lot to do with relatability.

"There tends to be a common teen-angst thing, like: 'Oh, the whole world is against me, the whole world is so screwed up,' " Will explains. Teenagers are cynical, adds Aaron Yost. And they should be: "To be fair, they were born into a world that their parents kind of really messed up."

Everyone here agrees: The plots in dystopia feel super familiar. That's kind of what makes the books scary — and really good. Think of it like this: Teen readers themselves are characters in a strange land. Rules don't make sense. School doesn't always make sense. And they don't have a ton of power.

"Their parents impose curfews, and no one lets them drive unless they are ready or not," says Jon Ostenson, who studies young adult dystopian literature at Brigham Young University in Utah. He published a paper on the subject in 2013, for which he spent months reading YA dystopia. "I had to take a break for quite a while — unfortunately there's not a lot of utopian fiction to balance that out."

In dystopia, he says, "Teenagers see echoes of a world that they know."

These books don't always have a happy ending, and they're all about choices and consequences.

"The hallmark of moving from childhood to adulthood is that you start to recognize that things aren't black and white," says Ostenson, "and there's a whole bunch of ethical gray area out there."

"Their brains are very responsive to emotionally arousing stimuli," he explains. During this time, there are so many new emotions and they are much stronger than those kids experienced when they were younger.

Why Teens Should Understand Their Own Brains (And Why Their Teachers Should, Too!)

"When teenagers feel sad, what they often do is put themselves in situations where they feel even sadder," Steinberg says. They listen to sad music — think emo! — they watch melodramatic TV shows. So dystopian novels fit right in, they have all that sadness plus big, emotional ideas: justice, fairness, loyalty and mortality.

This time in a kid's life is often defined by acting out, but, Steinberg says, that's a misguided interpretation of what's happening. "It isn't so much rebellion, but it is questioning."

As the brain develops, so does executive functioning. Teens start to understand argument, logical reasoning and hypotheticals.

"Kids are going through a stage in development when they are trying on different identities," he says, "flexing a muscle that they now have that wasn't very strong before."

The fact that these books offer a safety net, a place where kids can "flirt with those kinds of questions without really doing anything that might get them into trouble," that's reason enough to keep teachers and parents buying them.