Accessibility links
Scared Of Math? Here's One Way To Fight The Fear : NPR Ed Kids and grown-ups can both experience anxiety when it comes to math. One college professor has an assignment to help banish the dread.

Scared Of Math? Here's One Way To Fight The Fear

Scared Of Math? Here's One Way To Fight The Fear 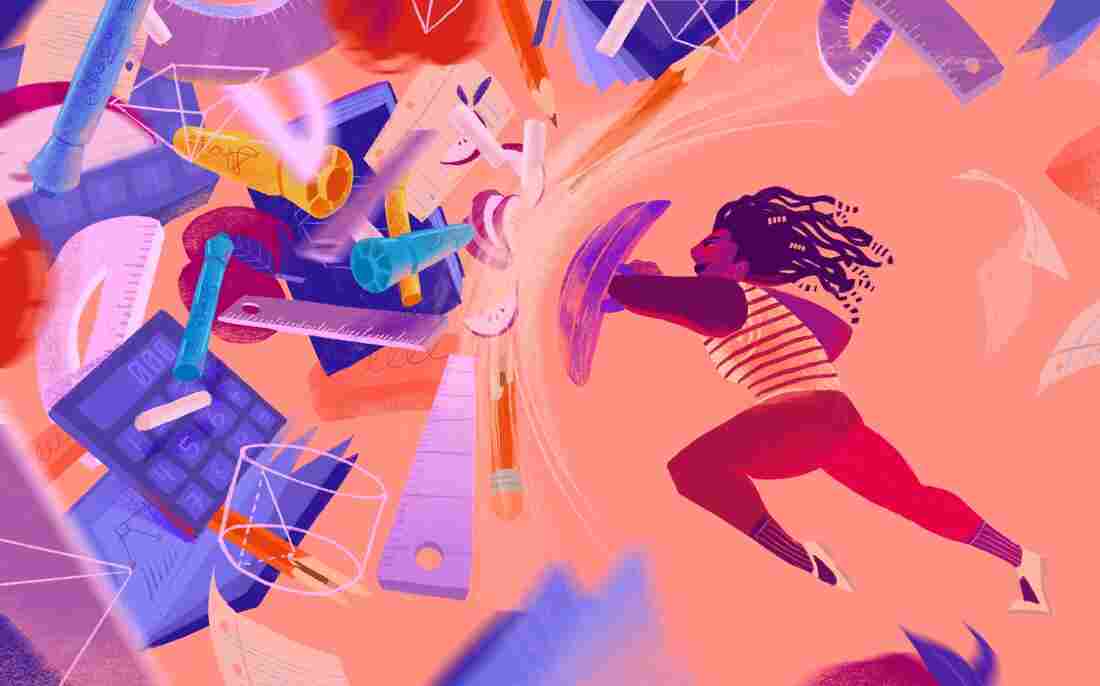 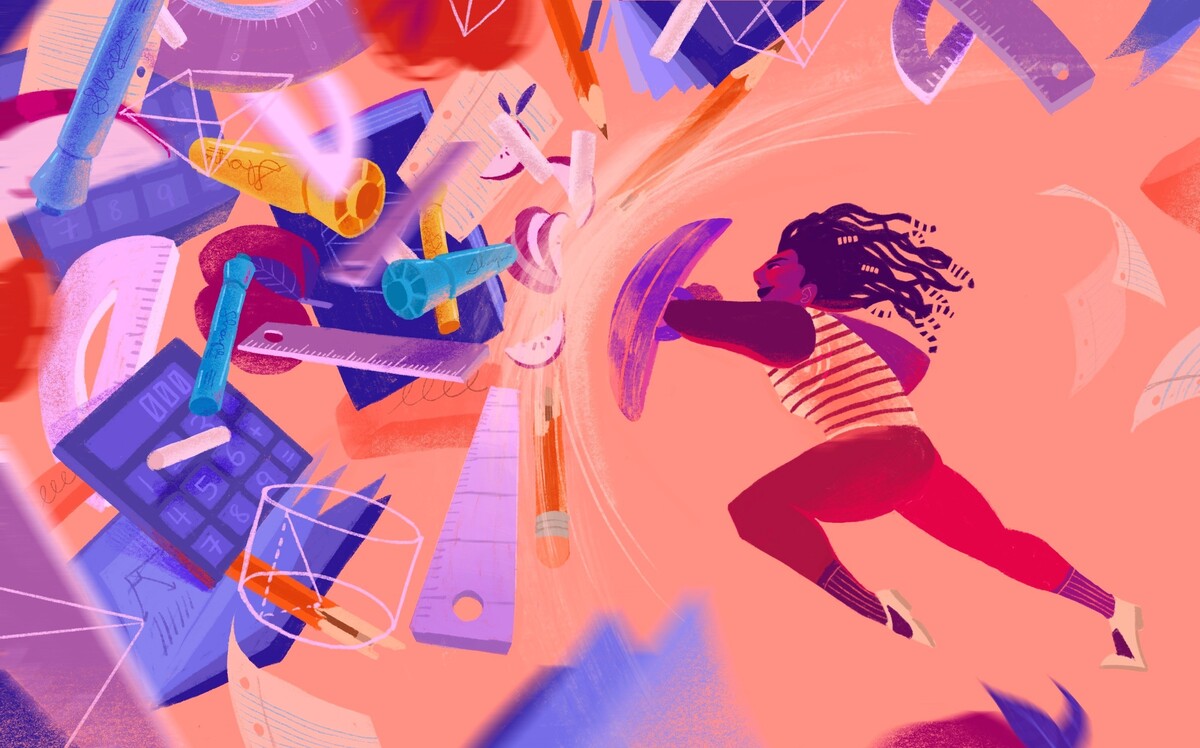 Do you remember the day you decided you were no good at math?

Or maybe you had the less common, opposite experience: a moment of math excitement that hooked you for good?

Thousands of studies have been published that touch on the topic of "math anxiety." Overwhelming fear of math, regardless of one's actual aptitude, affects students of all ages, from kindergarten to grad school.

This anxiety extends to the daily lives of grown-ups; we put off planning for retirement, avoid trying to understand health risks and even try to get out of calculating a tip. And even teachers suffer from math anxiety, which has been shown to hurt their students' scores, especially when the teachers and the students are both female; the theory is that anxiety interacts with negative stereotypes about women's abilities.

He estimates that on average, 23 students out of a class of 25 enter not liking math. (That's 92 percent, if you're keeping track at home. In other words: a lot.)

"In the memoirs, I find: 'I loved it until sixth grade, and after that, Mr. Hanrickhan made it impossible,' " says McCreary. "So they remember the name of the individual, and sometimes they describe the day that it happened."

A turning point, that is, where "their interest and love of math fell away."

Writing it all down helps students put their bad experiences in the past. It also demonstrates, to their instructor and to themselves, that the students have other skills.

"Math has been one of my biggest fears in life," reads one mini-memoir from a women's studies student. "I studied in an education system that said science and math are the important factors ... and each student was analyzed and measured by their math and science grades."

A social work student remembered changing schools when she was in fourth grade: "I would say that's where my trouble in math stemmed from. I was not comfortable in my new school and didn't feel comfortable speaking up or asking questions when I didn't understand. I felt as if there were a few students [who] shined and the rest were left to fend for [themselves]."

McCreary, who holds a doctorate in mathematics from the University of Illinois and a master's degree in education from Harvard, says he likes math, but what he loves "deeply" is "how one can actually rise above a feeling of not being able to do it and as a result being an unworthy person, which is how many of the students arrive here."

His students, who are mainly adults, come from all sorts of backgrounds and experiences. The program is designed to serve a diverse population and to offer a rich educational experience while allowing flexibility to work around jobs, parenting and other demands.

What would you write in your math memoir? Email us at NPRed@npr.org.