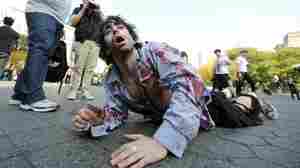 October 31, 2010 • Zombies, it seems, are everywhere these days, so we've hauled in an expert to prepare us for the invasion.

College Tuition Costs On The Rise

October 28, 2010 • More bad news for college students and their parents. According to the College Board's annual survey -- "Trends in College Pricing" -- tuition and fees have jumped significantly this past year at both public and private universities. More government aid is available, but some families say they're being priced out of a college education.

College Tuition Costs On The Rise

October 28, 2010 • The U.S. Department of Education issued a letter to schools, colleges and universities Tuesday saying harassing a student based on his or her race, nationality, sex or disability so much that he or she can no longer participate or benefit from school may be a violation of federal civil right. 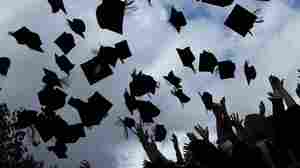 Virginia Text Will Be Revised; Black Confederates, Brown Bear To Be Removed

October 26, 2010 • The Virginia history textbook that sparked outrage by wrongly claiming that thousands of blacks fought on the side of the Confederacy during the Civil War will be amended, its publisher says.

October 26, 2010 • The Department of Education sent a letter to schools Tuesday warning them that failing to stop bullying could violate laws. The letter comes amid worry that anti-gay taunts -- some of which have led to suicides -- have a religious thread. But some Christian conservatives are rejecting anti-gay religious rhetoric and pushing for tolerance.

What's The Point Of A Degree In French?

October 25, 2010 • As universities across the country slash budgets, one New York college cut French, Italian, Russian and other programs some would deem no longer useful. Linguist John McWhorter supports the decision, but Anne McCall, dean of arts and humanities at the University of Denver, sees a language boom on her campus.

What's The Point Of A Degree In French?

October 22, 2010 • A month since the death of Rutgers University freshman Tyler Clementi, the university's president says the school did all it could do and did the right thing. But some activists say a climate of intolerance toward gays and lesbians persists on campus in the wake of Clementi's suicide.

October 22, 2010 • In Virginia, a new textbook for fourth graders has created a stir. The line in question claims that thousands of blacks fought for the South in the Civil War. It's a claim disputed by most historians and an idea pushed by some to minimize slavery's role as a reason the war was fought.

October 21, 2010 • Find a quiet location. Keep a routine. Focus on one subject at a time. It all seems like sound advice for students who need to study, but new research indicates the conventional wisdom is all wrong. New York Times reporter Benedict Carey shares a list of ways to make the most of your study time.

Is Morehouse Ready For The 'Mean Girls'?

October 21, 2010 • A Vibe magazine article titled "The Mean Girls of Morehouse" profiles four students who attend Morehouse College -- the nation's only all-male historically black institution -- but dress in women's clothing and identify themselves as androgynous.

Is Morehouse Ready For The 'Mean Girls'?

October 20, 2010 • Hispanic college students have, for years, performed and graduated at lower rates than white students. Many institutions of higher learning have been working to reduce that achievement gap. A new study has found that a number of universities have not only closed the gap but are graduating Latinos at higher rates than whites. Western Oregon University in Monmouth, Oregon is among that number, having graduated 49 percent of Hispanic students compared with 43 percent of whites between 2006 and 2008. Host Michel Martin speaks to the study's co-author Jennifer Engle of The Education Trust and Western Oregon University associate provost, David McDonald.

The Role Of Teachers' Unions In Education

October 19, 2010 • Critics complain teachers' unions stand in the way of education reform, and protect underperforming educators. Randi Weingarten, president of the American Federation of Teachers, argues that teachers must play a key role in shaping education reform, and that administrators must share responsibility for student performance.

The Role Of Teachers' Unions In Education

How Important Is Economic Diversity In Schools?

October 18, 2010 • A new study shows that low-income students perform better in schools with economic diversity. Host Michel Martin discusses the study with Richard Kahlenberg, a senior fellow at the Century Foundation behind the study, and Jerry Weast, superintendent of Montgomery County Public Schools.

How Important Is Economic Diversity In Schools? 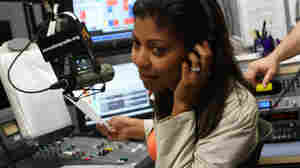 October 18, 2010 • It's hard to imagine spending tens of thousands of dollars a year to get trained in a collapsing industry that doesn't even require a degree -- but it happens all the time in journalism schools.