March 28, 2013 • Hundreds of members of the Chicago teachers union and other labor groups rallied Wednesday in an ongoing protest over a school closure plan that would shut down more than 10 percent of the district's 400 plus elementary schools. This is part of a political showdown with the city that began earlier in the school year when the teachers went on strike. 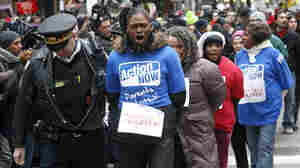 A Chicago police officer takes several protesters into custody on Wednesday, during an act of civil disobedience during a march and demonstration of opponents to a plan to close 54 Chicago Public Schools. Charles Rex Arbogast/AP hide caption

In Chicago, Dozens Arrested As They Protest School Closures

March 27, 2013 • Chicago announced it would close 53 elementary schools to mitigate a $1 billion budget deficit. The protesters were demanding that the city walk back that plan. 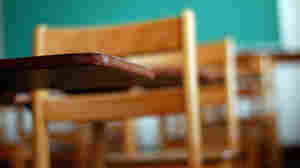 March 27, 2013 • A group of Phoenix charter schools is facing criticism for using a teaching tool based on the work of L. Ron Hubbard, best known for founding the Church of Scientology. The tool has concerned parents in other schools, but the Phoenix schools' leader insists it has nothing to do with the church. 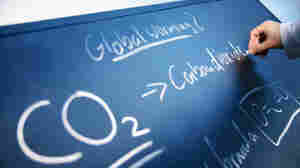 March 27, 2013 • For the first time, new nationwide science standards due out soon will recommend teaching K-12 students about climate change. Educators say many teachers have shied away from the polarizing topic, and an organized campaign to promote it as "controversial" leaves many students confused. 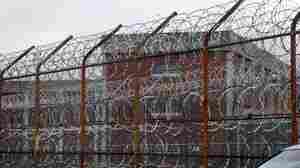 March 24, 2013 • Goldman Sachs has invested $9.6 million in a new initiative for juvenile offenders in the New York City prison system. While the Department of Corrections needs the money, some wonder if private investment has a place in government agencies. 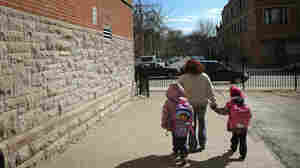 Jean De Lafayette Elementary School is one of 50 schools slated to be closed in Chicago. Cities across the country are facing similar decisions, and opposition to the closures is growing. Scott Olson/Getty Images hide caption

March 23, 2013 • What was once a local issue is growing into a nationwide concern, as civil rights activists argue that school closings are disproportionately hurting minority communities. But cities are in a bind with budget shortfalls, and closing under-populated schools may offer a way to cut costs.

March 22, 2013 • The Newtown, Conn., school shooting forced people to rethink lots of things about school safety and access to guns. It also raised questions about the role of armed school resource officers (SROs). What exactly do they do? Do they really make schools safer? 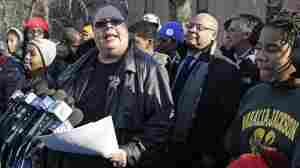 March 22, 2013 • The Chicago public school district says closing underutilized facilities would free up resources as it faces a $1 billion shortfall. But parents and the teachers union say the plan will endanger children, and they plan to fight to keep the schools open.

March 21, 2013 • Students, parents and teachers at close to fifty Chicago public schools find out today that their schools will likely be closed this summer. Leaders in the nation's third largest school system say they need to close and consolidate underutilized schools to save money.

March 21, 2013 • Many parents and teachers in the nation's cities are disappointed by a long list of school closings. But when enrollment is low and costs are high, administrators face tough decisions. Host Michel Martin speaks to the Chancellor of Washington D.C.'s public schools, Kaya Henderson, about how school systems weigh these difficult choices. 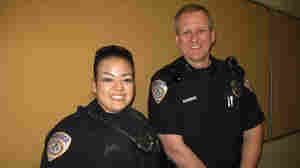 How To Be The Good Guy With A Gun At School

March 20, 2013 • In the aftermath of the Newtown school shooting, there's a raging public debate over placing armed guards in schools. Some say it's impractical, but about a third of American schools already have some kind of armed security. One school police officer in Stockton, Calif., finds the job is part protector, part mentor.

How To Be The Good Guy With A Gun At School

March 19, 2013 • Xavier University of Louisiana has a number of distinctions. It is the country's only historically black, Catholic University. Plus, it's one of the leading universities when it comes to sending African-American students on to medical school. And at 45 years, no other university's president has served longer than Xavier's Norman Francis. 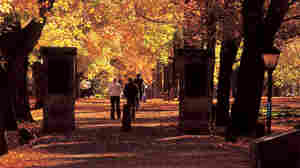 March 14, 2013 • A bidding war for top students means less money for students who can't afford college on their own. 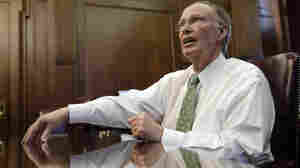 March 14, 2013 • Alabama's Gov. Robert Bentley has signed a sweeping education bill that gives tax credits to parents who want to transfer their children from a failing public school to another public or private school. The bill became law one day after the Alabama Supreme Court ruled a lawsuit against it was premature.