August 31, 2014 • School districts are beginning to cope with the recent influx of new students from Central America. Many have little education and most are just beginning to learn English.

Immigrants Keep Children Bilingual By Schooling Them At Home

August 30, 2014 • Many Spanish-speaking immigrants want their children to stay fluent in Spanish even as they learn English. Bilingual home schooling does that on a more personal level.

Immigrants Keep Children Bilingual By Schooling Them At Home 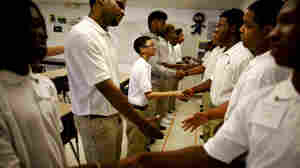 Ninth graders at George Washington Carver Collegiate Academy learn to shake hands and greet each other during the first day of school in New Orleans. David Gilkey/NPR hide caption

August 29, 2014 • Hurricane Katrina ravaged New Orleans and swept away many of its public schools. Now, the city's largest district is unveiling a transformed school system, composed entirely of charter schools. 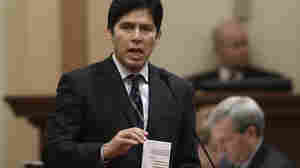 August 29, 2014 • The bill states that students on college campuses would need "affirmative consent" before engaging in sexual activity. Silence or a lack of resistance would not constitute consent.

Want To Widen Your Worldview? A Random Roomie Helps

August 28, 2014 • Research shows that when students are paired with roommates from different backgrounds, they tend to develop more tolerant attitudes.

Want To Widen Your Worldview? A Random Roomie Helps 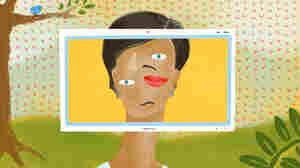 Kids And Screen Time: What Does The Research Say?

August 27, 2014 • A squirrel at Penn State University has become a social media sensation. Emily Reddy of WPSU reports that undergraduate student Mary Krupa discovered the squirrels on campus were so tame that they'd eat from her hand, soon putting hats on them and even setting up a Facebook page, which now has more "likes" than the school's mascot. 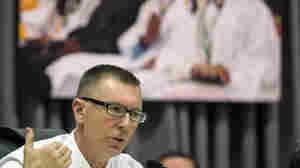 August 27, 2014 • The Los Angeles Unified School District has shut down a half-a-billion-dollar deal with Apple and Pearson to provide classroom technology. Here's what happened. 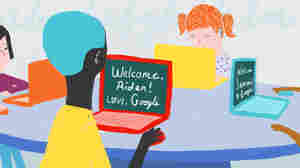 Is Google's Free Software A Good Deal For Educators?

Dana Bolger, who says she was raped in 2011 while a student at Amherst College, co-founded a group that seeks to educate students about their rights under Title IX. Jennifer Ludden/NPR hide caption

August 26, 2014 • More than 70 colleges are under investigation for how they've handled sexual assaults. The current attention to campus sexual assault has been driven largely by student activists using social media. 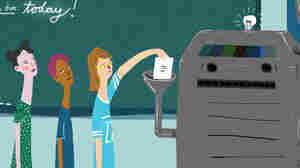 August 25, 2014 • One company and its algorithms are changing the way America's schools handle classroom ethics. 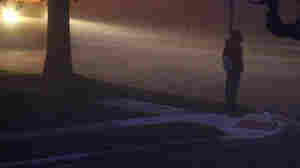 About 40 percent of high schools start before 8 a.m., which contributes to chronic sleep deprivation among teens, according to the American Academy of Pediatrics. Chris Waits/Flickr hide caption

August 25, 2014 • The science is clear that teenagers need more than eight hours of sleep a night. The nation's pediatricians say school districts need to buck up and change schedules to let kids sleep later.

August 24, 2014 • Students entering the University of New Hampshire will be required to complete an online seminar about sexual assault and are urged to talk with their parents about it before arriving on campus. 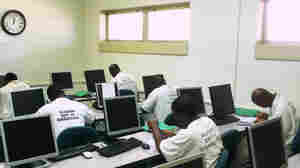 August 23, 2014 • The state has some of the country's most overcrowded — and troubled — prisons. Alabama is also home to a thriving life skills program that prison officials are fighting to save from budget slashes. 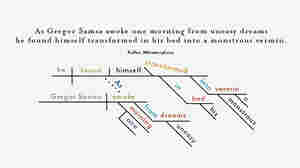 The design firm Pop Chart Lab has taken the first lines of famous novels and diagrammed those sentences. This one shows the opening of Franz Kafka's Metamorphosis. Pop Chart Lab hide caption

A Picture Of Language: The Fading Art Of Diagramming Sentences

August 22, 2014 • Once a popular way to teach grammar, the practice of diagramming sentences has fallen out of favor.