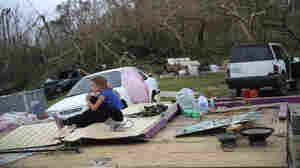 Karlian Mercado, 7, rests on the rubble that remains of her family's home after Hurricane Maria passed through the area of Hayales de Coamo, Puerto Rico. Joe Raedle/Getty Images hide caption

September 30, 2017 • Plus you'll find two new studies on school choice and kindergarten readiness in our weekly roundup of education news.

September 30, 2017 • We visit South Webster High School in southern Ohio to see how teachers there are helping students understand the opioid crisis that has unfolded around them and their families. 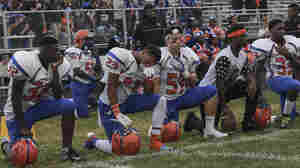 Football players on the Watkins Mill High Wolverines take a knee during the playing of the National Anthem before a game against the Damascus Hornets at Damascus High School in Damascus, Md. Toni L. Sandys/The Washington Post/Getty Images hide caption

How Schools Are Dealing With Students' Right To Protest

September 29, 2017 • Under federal and state law, teachers and students do not lose their First Amendment rights when they enter school property. But that hasn't stopped some schools from threatening to punish them. 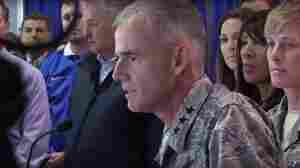 'You Should Be Outraged,' Air Force Academy Head Tells Cadets About Racism On Campus

September 29, 2017 • Treat people with dignity and respect — or get out. That's the message Superintendent Lt. Gen. Jay Silveria told 4,000 cadets Thursday, after racist notes were left outside five cadets' doors. 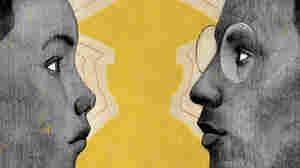 September 29, 2017 • Having a teacher who's demographically similar to you can impact happiness in class, motivation, the quality of student-teacher communication, and college aspirations, according to a new paper. 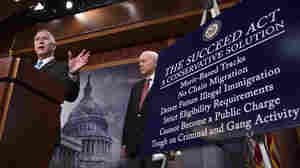 Sen. Thom Tillis, R-N.C., (left) standing with Sen. Orrin Hatch, R-Utah, (right) talk about the SUCCEED Act during a Monday news conference on Capitol Hill. Their proposal is aimed at protecting the legal status of hundreds of thousands of immigrants brought to the country illegally as children. Susan Walsh/AP hide caption

September 29, 2017 • Democrats this week introduced a rare procedural move to force a vote on the Dream Act, while Republicans rolled out a conservative-friendly option aimed at resolving the legal status of Dreamers. 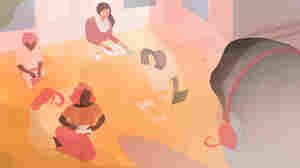 Who Is A College Teacher, Anyway? Audit Of Online University Raises Questions

September 28, 2017 • The Department of Education's Inspector General wants Western Governors University to give back $713 million in federal student aid. But are the rules the school is accused of breaking outdated? 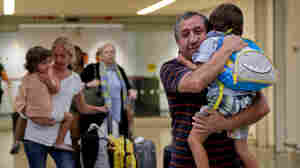 Juan Rojas (right), of Queens, N.Y., hugs his 4-year-old grandson Elias Rojas as his daughter-in-law Cori Rojas (left) carries her daughter, Lilly, 3, through the terminal at JFK airport on Tuesday after they arrived on a flight from San Juan, Puerto Rico. Cori, who is a schoolteacher in Puerto Rico, fled the island with her children after Hurricane Maria left it devastated. Julie Jacobson/AP hide caption

U.S. Schools Brace For An Influx Of Students From Puerto Rico

September 27, 2017 • With schools in Puerto Rico shut down, school districts on the U.S. mainland are getting ready to help relocate students displaced by Hurricane Maria.

September 26, 2017 • Education Secretary Betsy DeVos has kicked off an effort to reform how the federal government advises colleges and universities about handling sexual misconduct. Critics are worried the process will roll back protections for victims of sexual assault, but feminist Harvard Law Professor Janet Halley says reform is necessary.

September 26, 2017 • The Department of Justice announced fraud and corruption charges for a scheme allegedly involving four college basketball coaches and the head of global sports marketing for Adidas, plus five other defendants. NPR's Robert Siegel talks to Mike DeCourcy of Sporting News about the case.

September 26, 2017 • Attorney General Jeff Sessions condemned what he derided as political correctness gone wild on university campuses across the U.S., but especially the University of California, Berkeley. Protestors have taken to shouting down speakers and even shutting down campuses, in some cases, over controversial topics. 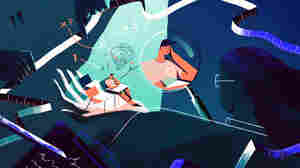 Most States Plan To Use Student Absences To Measure School Success

September 26, 2017 • Under the new federal education law, states get a say in how they measure "student success or school quality." Many states plan to use chronic absence. 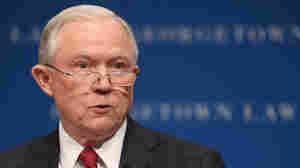 Attorney General Jeff Sessions said in an address at the Georgetown University Law Center: "Freedom of thought and speech on the American campus are under attack." Win McNamee/Getty Images) hide caption

September 26, 2017 • Sessions said the government can't tell you what to think or say, but NFL players shouldn't denigrate national symbols. 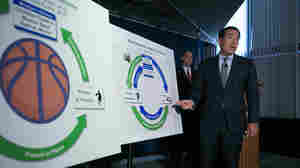