January 30, 2013 • Cambodia's forests are being destroyed at a dizzying pace, with much of the wood destined for China. Much of the logging is carried out illegally — and people who get in the way of the loggers face violence and in some cases death. 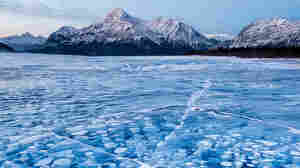 January 30, 2013 • Just under the iced-over surface of a Canadian lake, white pancake-shaped bubbles stack up in towers. They may look pretty, but they pack an explosive and deadly punch. 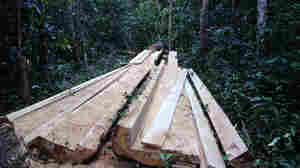 Illegal logging is widespread in Cambodia, and efforts to prevent it have had only a limited impact. Much of the wood is destined for China. Michael Sullivan/NPR hide caption

January 29, 2013 • Members of China's growing middle class are eager to spend their money on luxury goods, including hardwood furniture. The growing demand has led to massive illegal logging in Cambodia. 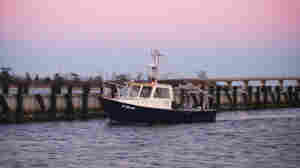 January 29, 2013 • On the deck of a 27-foot boat off the shore of Long Island, researchers are using sonar to study the sand and sediment that washed away from the system of protective barrier islands and beaches by Hurricane Sandy. 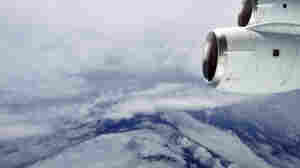 The eye of Hurricane Earl in the Atlantic Ocean, seen from a NASA research aircraft on Aug. 30, 2010. This flight through the eyewall caught Earl just as it was intensifying from a Category 2 to a Category 4 hurricane. Researchers collected air samples on this flight from about 30,000 feet over both land and sea and close to 100 different species of bacteria. Jane Peterson/NASA hide caption

January 29, 2013 • Microbes can thrive in extreme environments, from inside fiery volcanoes to down on the bottom of the ocean. Now scientists have found a surprising number of them living in storm clouds tens of thousands of feet above the Earth. And those airborne microbes could play a role in global climate. 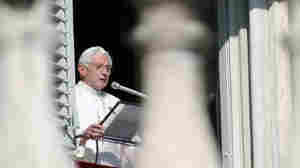 Pope Benedict XVI leads prayers on Nov. 27, 2011, in St. Peter's Square at the Vatican. The leader of the world's Roman Catholic Church called for a "responsible, credible and united response" to the problem of climate change. But in the U.S. at least, studies show the view even of religious Americans on climate change is much more likely to be shaped by their politics than their faith. Vincenzo Pinto /AFP/Getty Images hide caption

On Climate Change, Americans May Trust Politics Above Preachers

January 28, 2013 • Members of religious groups who have long looked to President Obama for action on climate change may have been encouraged by his inaugural call for tackling the issue. But if studies are correct, most religious Americans take their cue on this issue from political — not religious — beliefs. 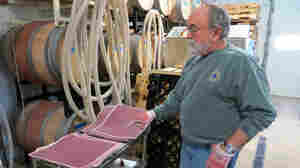 John Larson, owner of Snus Hill Winery in Madrid, Iowa, blends wine from Iowa grapes with grapes from other parts of the country. He says the area's lack of rain was really good for grapes. Sarah McCammon /Iowa Public Radio hide caption

January 28, 2013 • Drought is mostly seen as a bad thing — and for good reason. But the upsides include fewer mosquitoes, less polluted runoff and greater awareness of climate change. 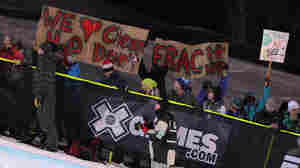 January 27, 2013 • Hydraulic fracturing gets the spotlight, but without another technology — horizontal drilling — natural gas drilling booms across the country would not be happening now.

In Arizona, Some Retirees Caught In Never-Ending Battle With Invasive Species

January 25, 2013 • Rather than rest in retirement, a group of volunteers is restoring land in Arizona's Ironwood Forest National Monument to its natural habitat. Their main goal is to eliminate invasive buffelgrass, which is taking over and causing a fire hazard. It's no small task — they've removed it from the same place 40 times.

In Arizona, Some Retirees Caught In Never-Ending Battle With Invasive Species

January 25, 2013 • Unusual activity in the atmosphere over the Arctic Circle is triggering snow and frigid temperatures across Canada, the U.S. and parts of Europe. Climatologist Jeff Weber, of the University Corporation of Atmospheric Research, explains why this winter could pack a punch.

Months After Sandy, Mucking And Gutting

January 25, 2013 • On a recent day in the Rockaways, a neighborhood in Queens, N.Y., hazmat-suited volunteers far outnumber anyone else on the streets. They are "mucking and gutting" — stripping homes to the studs to remove mold. Many residents are concerned about the health effects of mold exposure, according to community organizer Peter Corless. Mycologist Joan Bennett has been sampling fungi in homes damaged by Sandy to determine which species are present.

Months After Sandy, Mucking And Gutting

Shoring Up The Nation's Crumbling Coastlines

January 25, 2013 • Hurricane Sandy pummeled the beaches of the Northeast, stripping away sand and dunes, and ploughing through seawalls. Can beaches be rebuilt to face fiercer storms and rising seas? And is there even enough sand to do it? Ira Flatow and guests discuss engineering the nation's coasts for "the new normal."

Shoring Up The Nation's Crumbling Coastlines

January 23, 2013 • President Obama vowed in this week's inaugural speech to address climate change. The comments recevied a chilly reception in Congress. There are, however, steps the administration can take on its own. 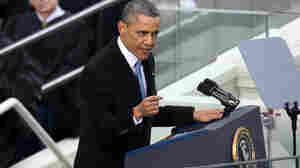 "We will respond to the threat of climate change, knowing that the failure to do so would betray our children and future generations," President Obama said Monday during his second inaugural address. John Moore/Getty Images hide caption

January 22, 2013 • President Obama pulled out a surprise in his inaugural address. After barely mentioning climate change in his campaign, he put it on his short list of priorities for his second term. Experts believe he'll use the EPA to ramp up efforts to reduce greenhouse gases from power plants.

January 22, 2013 • January 2013 marks the 125th birthday of the National Geographic Society. Over the decades, the magazine has transported readers to faraway places, introduced the world to new species and provided a window into a world of exploration and discovery.