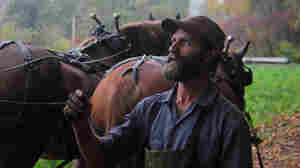 December 31, 2016 • David Fisher's farm is a kind of American Dream. Not the conventional one of upward economic mobility. This is the utopian version, the uncompromising pursuit of a difficult agrarian ideal. 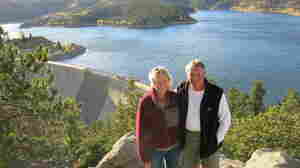 Beverly Kurtz and Tim Guenthner live near Gross Reservoir outside Boulder, Colo. They oppose a an expansion project that would raise the reservoir's dam by 131 feet. Grace Hood/Colorado Public Radio hide caption

December 30, 2016 • After years of drought and dropping water levels, the Colorado River is reaching a crisis point. Communities at each end of the river are looking at a variety of measures, from storage to sharing. 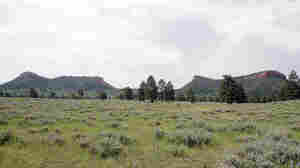 The Bears Ears buttes near Blanding, Utah, have been named a national monument by President Obama. Rick Bowmer/AP hide caption

December 28, 2016 • The president used his powers under the 1906 Antiquities Act to create the Bears Ears and Gold Butte national monuments, protecting the areas from future development.

The Science Of Wildfires May Be Up In Smoke

December 28, 2016 • With wildfire becoming more prevalent in the U.S. and the Forest Service increasingly looking to let some wildfires burn, there's a need to better understand the smoke that billows from those fires.

The Science Of Wildfires May Be Up In Smoke 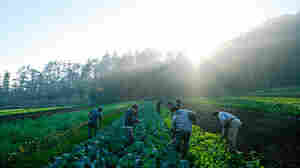 December 28, 2016 • President-elect Donald Trump hasn't said much about food and farm policy or named his choices for top food-related jobs. But the coming years will likely see profound battles over food and nutrition. 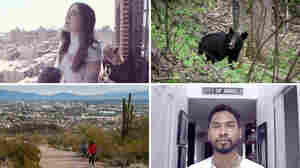 Listeners of our NPR One app rated these stories as the most liked, recommended and shared in 2016. NPR hide caption

The Stories NPR One Listeners Loved The Most In 2016 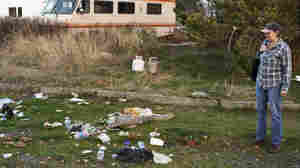 Dawn Tachell looks at the trash and debris that have collected in her community. Conditions in the neighborhood have become so bad that some people have abandoned their houses and moved out. Jed Conklin for NPR hide caption

December 26, 2016 • Water and sewage problems at an Idaho mobile home park illustrate how manufactured housing communities owned by outsiders are often kept in a state of disrepair.

December 25, 2016 • Countries that used to be too cold to produce wine are now able to do so, in part due to global warming. Lee Hannah of Conservation International discusses how this could affect conservation efforts.

December 25, 2016 • The EPA spent years investigating whether the fracking process pollutes nearby drinking water. To the frustration of many, its final report leaves a lot of questions unanswered.

After Baton Rouge Flood, Some Displaced Families Stick Out The Holidays In A Hotel

December 24, 2016 • In August historic floods damaged more than 60,000 homes in Louisiana. We check in with displaced families still living in a Baton Rouge hotel this holiday season — with no known move-out date.

After Baton Rouge Flood, Some Displaced Families Stick Out The Holidays In A Hotel 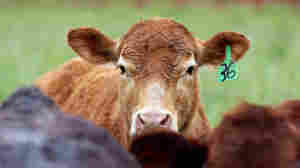 Antibiotic- and growth-hormone-free cattle gather at a farm in Yamhill, Ore. Despite farmers pledging to reduce or stop antibiotics use, a new report finds that sales of antibiotics for use on farms are going up. Don Ryan/AP hide caption

Despite Pledges To Cut Back, Farms Are Still Using Antibiotics

December 22, 2016 • Many meat producers say they are reducing their use of antibiotics. Yet the latest government statistics show that sales of these drugs for farm use continue to grow. 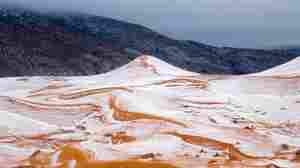 Snow fell in and around the town of Ain Sefra, Algeria, on Monday. Karim Bouchetata/Geoff Robinson Photography/REX/Shutterstock hide caption

December 22, 2016 • An amateur photographer in Algeria captured beautiful images of a rare phenomenon this week: the red and white swirl of snow dusting sand dunes in the Sahara. 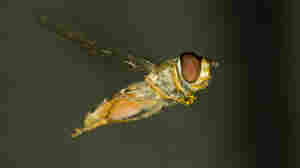 The marmalade hoverfly might not be the flashiest bug under the sun, but researchers say it "does some very important jobs." Clifton Beard/Flickr hide caption

December 22, 2016 • A new study involving blimps, nets and radar beams reveals the staggering number of insects that fly above us each year in their seasonal migrations. 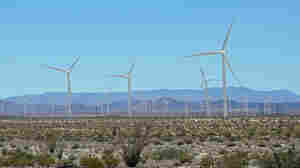 About a quarter of California's electricity comes from renewable sources, like this wind farm outside San Diego. Lauren Sommer/KQED hide caption

December 22, 2016 • Despite the fossil fuel-friendly cabinet shaping up under President-elect Donald Trump, renewable energy companies aren't as pessimistic as you might think. They say market forces are on their side.

December 21, 2016 • Temperatures at the North Pole are expected to be 40 to 50 degrees higher than normal on Thursday. Zack Labe, a doctoral student at the University of California Irvine, explains what's driving the temperatures up.