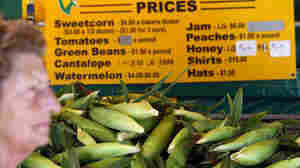 Grimes Sweetcorn worker Paulette Vandyke waits to sell fresh corn in Grimes, Iowa. The drought has pushed the price of corn per bushel up nearly 40 percent in the past two months. Justin Sullivan/Getty Images hide caption

August 30, 2012 • For every farmer who is hurting this year during the drought, others are benefiting. Many fields in the South, Northwest and Upper Midwest are producing bountiful corn crops. And because the drought has pushed prices to record highs, farmers who have corn to sell expect a terrific payday. 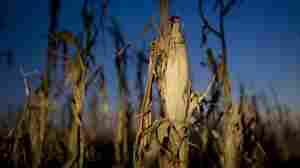 Drought has taken a toll on corn this year, and as a result, a growing number of ethanol plants have closed. Saul Loeb /AFP/Getty Images hide caption

August 30, 2012 • Drought across the country has led to spiking corn prices, forcing a growing number of ethanol plants around the country to temporarily close down. As a result, there is a growing call for suspending a federal mandate on biofuel and freeing up corn for feed. 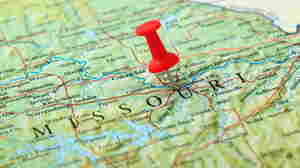 August 29, 2012 • So far, two Missouri farmers are the only known cases of the tick-borne virus in the world. But experts are sure they'll find more. The men recovered but suffered serious illness that required hospital care and weeks of convalescence. 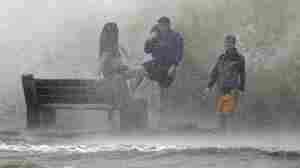 People walk in the storm surge from Hurricane Isaac along Lake Pontchartrain in New Orleans. Isaac was later downgraded to a tropical storm as it continued to grind its way through the Gulf Coast, dropping torrential rain and generating dangerous storm surges. Gerald Herbert/AP hide caption

August 29, 2012 • The storm may not have had the intensity of other Gulf hurricanes of recent years, but its slow movement and wide coverage area create their own problems. 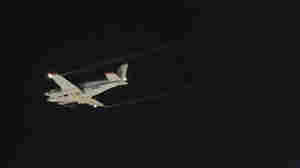 August 29, 2012 • Every state except Alaska and Hawaii has reported West Nile virus in people, birds or mosquitoes. The Centers for Disease Control and Prevention expects human cases will rise through October. In Texas, the worst-hit state, deaths reached 31. 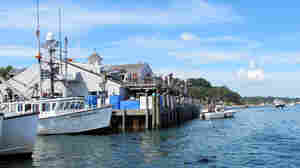 August 29, 2012 • A federal law that protects gray and harbor seals has led to a population boom off the coast of Cape Cod. Fishermen and residents say the seals have become a nuisance, and the first shark attack in Massachusetts in 76 years is now fueling a contentious debate.

August 29, 2012 • The new rules, for cars and trucks, mandate nearly a doubling of gas efficiency by 2025. The latest requirements are a rare example of industry agreeing to tough environmental regulations. 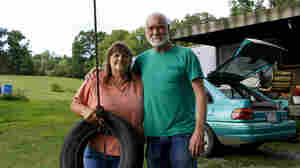 August 28, 2012 • Water wells and streams in Leroy Township, Pa., have been bubbling up with methane gas in the past few months. The state's Department of Environmental Protection blames nearby natural gas fracking operations. A local well operator has installed water filters for residents and says the problem has been fixed. 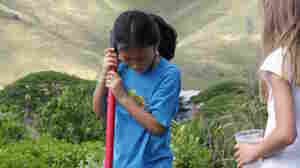 A volunteer helps in Hawaii. Courtesy of HOK hide caption

Watching Over The Ocean In Kailua, Hawaii

August 27, 2012 • Hui o Ko'olaupoko works with landowners in Windward Oahu to improve and conserve threatened land and to restore the watershed. 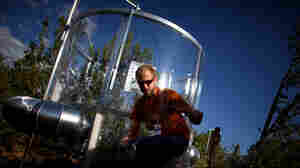 August 26, 2012 • Just how do trees die? It seems like a simple question, but the answer still eludes scientists. And understanding forest ecology is increasingly important as the effects of climate change begin to take root. 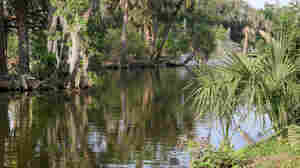 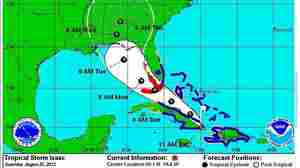 August 25, 2012 • GOP officials abruptly scrapped the first day of their national convention in Tampa, Fla., because of Tropical Storm Isaac. 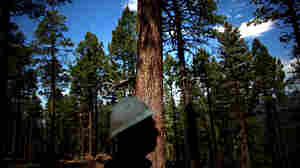 Is It Too Late To Defuse The Danger Of Megafires?

August 24, 2012 • Millions of acres of forest in the Southwest are overgrown — and ripe to ignite as climate change intensifies drought and heat. Selective thinning and other efforts aim to reduce the risk of catastrophic fires, but those efforts may not be enough to overcome ever-bigger, ever-hotter fires.

Is It Too Late To Defuse The Danger Of Megafires?

August 24, 2012 • Tom Swetnam says tree rings tell the tale of how climate, fire and people interacted hundreds and thousands of years ago. Today that interaction continues, and Swetnam says climate change is causing earlier snowmelt--which can lead to bigger, hotter blazes. Brett Fay joins to talk about predicting the movements of a wildfire.