Why Snowpack Forecasts Are Important In California

February 28, 2019 • Huge snowstorms hit the West in February and in places like the Sierra Nevada, the snowpack is well above average. Reservoir operators and farmers are watching the new snowpack forecast data closely.

Why Snowpack Forecasts Are Important In California 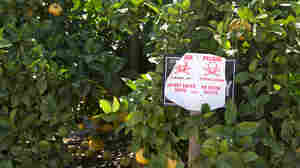 A pesticide warning sign in an orange grove warns in English and Spanish that the pesticide chlorpyrifos, or Lorsban, has been applied to these orange trees. Jim West/Science Source hide caption

February 26, 2019 • Chlorpyrifos has been linked to developmental delays in kids and other health problems. The EPA is fighting a lower court's ruling that it must ban the pesticide, which farmers say they need.

In Florida And Georgia, Still Waiting For Hurricane Aid

February 25, 2019 • Elected officials in Florida and Georgia are upset that in its recent budget deal, Congress didn't include money for long-term assistance for communities hit by Hurricane Michael.

In Florida And Georgia, Still Waiting For Hurricane Aid 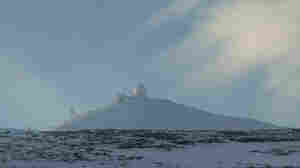 February 25, 2019 • At the farthest edge of North America, across the Bering Strait from Russia, U.S. military radar stations are threatened by the consequences of climate change. 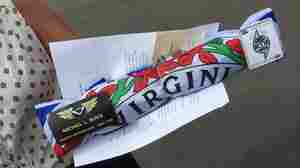 Researcher Michael Black's ashes were wrapped in the Virginia state flag before being dropped into the eye of Hurricane Michael. Black helped pioneer the use of a device dropped into hurricanes to measure wind speed and air pressure. Courtesy NOAA hide caption

February 21, 2019 • Voters in Toledo, Ohio, will decide if Lake Erie has legal rights. It's an attempt to amend the city's charter after efforts failed to address toxic algal blooms that affect water supplies. 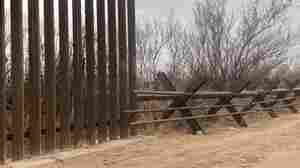 February 21, 2019 • The wall along the U.S.-Mexico border cuts across sensitive desert and mountainous terrain. But environmental regulations are waived for wall construction, raising concerns about longterm damage.

February 19, 2019 • Rachel Martin talks to David Wallace-Wells, author of The Uninhabitable Earth, who outlines the current misunderstandings and upcoming impacts of climate change. 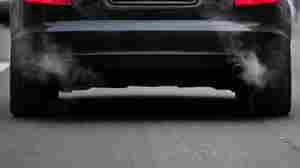 Most American cars run on gasoline. But analysts say that's poised to change as electric vehicles take over the market, although they disagree on how soon. Johannes Eisele/AFP/Getty Images hide caption

February 16, 2019 • The vast majority of American cars run on gasoline. But analysts say that's poised to change as electric vehicles take over the market — albeit not as quickly as environmental activists might like. 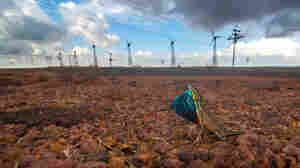 A fan-throated lizard displays his dewlap sac in front of Asia's largest wind farm in the Western Ghats mountains of India. The construction of the windmills altered the habitat of the lizards dramatically. Prasenjeet Yadav hide caption

February 16, 2019 • Prasenjeet Yadav wants his photos to make people care about the environment — whether it's grasslands vanishing in southwest India or windmills taking over a lizard's habitat. 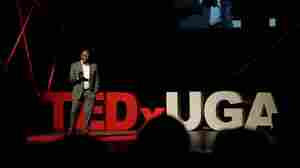 J. Marshall Shepherd: How Does Bias Shape Our Perceptions About Science?

February 15, 2019 • Why do many people dismiss issues like climate change, despite strong scientific evidence? Climatologist J. Marshall Shepherd examines how different forms of bias shape how we perceive science.

J. Marshall Shepherd: How Does Bias Shape Our Perceptions About Science?

February 14, 2019 • The Senate overwhelmingly passed a sweeping public lands bill that protects millions of acres of land and reauthorizes a major conservation program. Supporters say conservation is a unifier.