January 31, 2016 • Rachel Martin has an update on last week's story from Oxford University, where students called for a controversial statue to be removed.

January 31, 2016 • U.N.-brokered talks to end the Syrian civil war are taking place in Geneva, but so far the warring sides won't even be in the same room together. NPR's Peter Kenyon updates Rachel Martin. 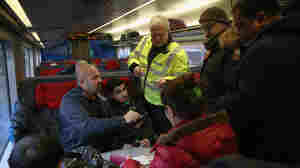 January 31, 2016 • Ambivalence about refugees runs high in Denmark. Danes are critical of a new law requiring police to take cash and valuables from asylum seekers. But they're also nervous about rising refugee numbers. 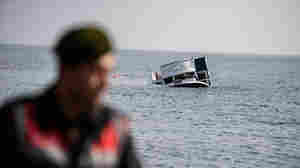 A sinking boat is seen behind a Turkish gendarme off the coast of Canakkale's Bademli district on Saturday. At least 35 migrants drowned when their boat sank in the Aegean Sea while trying to cross from Turkey to Greece. Ozan Kose/AFP/Getty Images hide caption

January 30, 2016 • A 56-foot boat packed with more than 100 migrants sank shortly after departing Turkey for the island of Lesbos, just a few miles away. At least 10 children, including four toddlers or infants, died. 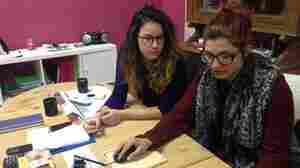 Christina Dimakou (right), a 30-year-old lawyer, works on the Greek island of Lesbos as a guardian for refugee and migrant children who travel alone. Joanna Kakissis/NPR hide caption

January 30, 2016 • Thousands of refugee children are traveling alone through Europe. A 30-year-old woman helps some who arrive on the Greek island of Lesbos, a main gateway into the European Union for asylum-seekers.

January 30, 2016 • Police in Amsterdam responded in full force to a man singing along to an opera playing in his headphones, because they thought his life was in danger. After kicking in the door, they all had a good laugh.

January 29, 2016 • NPR's Melissa Block has an essay about her experience trying to reconnect with a Syrian migrant she interviewed last summer.

January 29, 2016 • We've heard the numbers: Thousands of migrants and refugees are risking everything to get to Europe every day. Nearly a million people claimed asylum in the European Union just last year. But how are countries handling this influx? NPR's Audie Cornish talks to Thomas Liebig, senior migration specialist at the Organization for Economic Cooperation and Development, which just released a report called "Making Integration Work."

Pickpockets' Pants Tip Police Off To Their Motives

January 29, 2016 • The two men in Britain got the attention of police after they were spotted with their pants taped at their ankles. Police concluded they were dropping stolen items down their pants.

Pickpockets' Pants Tip Police Off To Their Motives 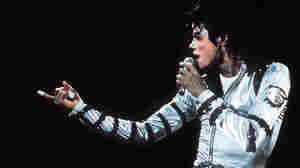 Pop star and entertainer Michael Jackson performs a concert at the historic Berlin Reichstag on June 19, 1988. He died in 2009. AFP/Getty Images hide caption

January 28, 2016 • When the news leaves you speechless, let Twitter take the wheel.

January 28, 2016 • Legislation to legalize same-sex civil unions is fueling passions across Italy. Activist say they expect hundreds of thousands of anti-gay adoption supporters to protest against the bill on Saturday.

January 28, 2016 • Steve Inskeep talks to Martin Henriksen of the Danish People's Party about a new law in Denmark requiring migrants to hand over personal property, to pay for government services they'll be getting.

Iran's President Is In Paris To Look For Business Opportunities

January 28, 2016 • Iranian President Hassan Rouhani is in Paris, where he's holding talks with French leaders and marking the lifting of sanctions on Iran by signing major contracts with a number of French companies

Iran's President Is In Paris To Look For Business Opportunities 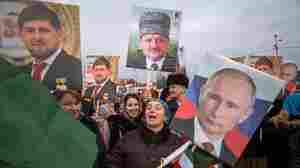 January 28, 2016 • Ramzan Kadyrov is an aggressive supporter of Vladimir Putin, vilifying opponents of the Russian president as traitors and "Satans" who should be eliminated. But his bluster may provoke a backlash.