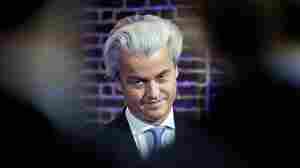 October 31, 2016 • The anti-Islam lawmaker is accused of racial discrimination and inciting hatred — charges tied to comments he made about Moroccans at a 2014 rally. 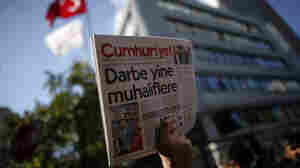 A man holds up the latest copy of Turkey's opposition Cumhuriyet newspaper outside its headquarters after Turkish police reportedly detained the chief editor and at least eight of its senior staff on Monday. Emrah Gurel/AP hide caption

October 31, 2016 • It's the latest move in a sweeping government crackdown that began following a failed coup attempt in July. The government also reportedly closed 15 media outlets over the weekend. 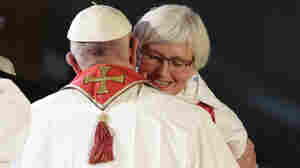 October 31, 2016 • Pope Francis is kicking off a yearlong commemoration of the split between Catholics and Lutherans by calling for Christians to stand together against persecution. 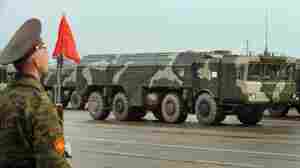 October 31, 2016 • Longstanding nonproliferation deals between the two countries are fraying. Bickering over nuclear issues has increased markedly in recent months, with each side accusing the other of cheating. 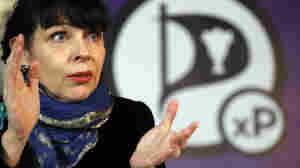 Birgitta Jonsdottir of Iceland's Pirate Party speaks to the media after her party won 10 seats in Parliament. Women now hold nearly half of the seats in the country's Parliament. Frank Augstein/AP hide caption

October 30, 2016 • If they were a political party, women would need only two more seats to form a majority government in Iceland. 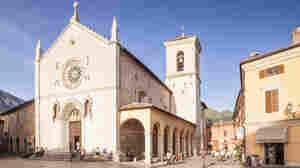 October 30, 2016 • "The monks are all safe, but our hearts go immediately to those affected, say the Benedictine monks of Norcia.

October 28, 2016 • Uber drivers in England and Wales have won the right to be classified as workers, not independent contractors. That means they will be eligible for paid time off, regular breaks and guaranteed at least the national minimum wage. Uber says it will appeal the landmark ruling by a United Kingdom employment tribunal.

October 28, 2016 • Emma Hogan spent five days aboard a migrant rescue ship in the central Mediterranean. She kept a reporter's diary of that week, and talks to Renee Montagne about the experience. 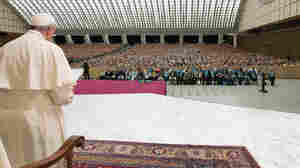 Pope Francis speaks to Lutheran pilgrims at the Vatican on Oct. 13. The pope is traveling to Lund, Sweden — where the Lutheran World Federation was founded 70 years ago — on Monday to take part in the yearlong commemoration of the Protestant Reformation, launched by Martin Luther in 1517. AP hide caption

October 28, 2016 • Martin Luther created one of Christianity's greatest rifts when he denounced the Catholic Church in 1517. But Pope Francis is taking part in the 500th anniversary of the Protestant Reformation. 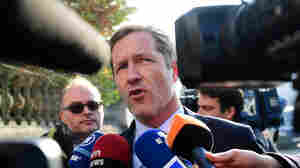 Wallonia leader Paul Magnette speaks to the media Wednesday prior to a meeting with Belgium's leaders. Wallonia objected to parts of a major European Union-Canada trade deal that was seven years in the making. But Magnette said Thursday he was willing accept the revised terms. Emmanuel Dunand/AFP/Getty Images hide caption

The Walloons Pack A Wallop As Canada, Europe Agree To Tweak A Trade Deal

October 27, 2016 • A major trade deal between Canada and the European Union hit a snag when the tiny Belgian region of Wallonia raised objections. But after winning concessions, the Walloons say they're now on board.

October 27, 2016 • Some intellectuals have written a letter to the U.N. Educational, Scientific and Cultural organization bemoaning the siege of fast-food joints that have replaced Rome's workshops and bookstores.

Traveling Exhibit Shows What It's Like To Be A Refugee

October 27, 2016 • A Doctors Without Borders exhibit leads visitors through a simulation during which they're crowded onto a tiny boat and led through stifling hot tents and makeshift latrines.

Traveling Exhibit Shows What It's Like To Be A Refugee 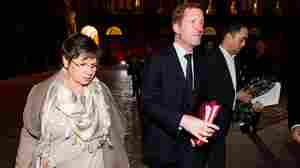 Wallonia's premier, Paul Magnette, (center) leaves Tuesday after talks at Belgium's Foreign Ministry on the trade agreement between the European Union and Canada. All 29 governments involved support the deal, which has been seven years in the making, but Wallonia's opposition is blocking the deal. A signing ceremony had been set for Thursday. Jasper Jacobs /AFP/Getty Images hide caption

October 26, 2016 • Thursday was to be signing day for a major trade pact between Canada and the European Union. But Belgium's small Wallonia region remains opposed. 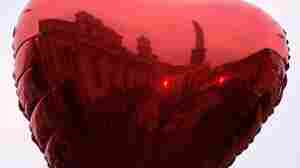 Central Rome's Piazza Navona is seen reflected in a heart-shaped balloon in 2014. The arrival of a McDonald's near the piazza has horrified some Romans. Filippo Monteforte/AFP/Getty Images hide caption

Italian Intellectuals Appeal To UNESCO For Help With 'Siege' By McDonald's 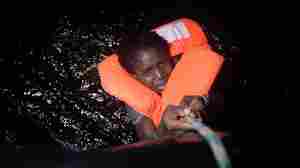 U.N. Says 2016 Will Be Deadliest Year Ever For Migrants Crossing The Mediterranean

October 25, 2016 • That's despite far fewer people making the treacherous passage. The U.N. says smugglers set people off on mass embarkations on "flimsy inflatable rafts that often do not make the journey."