Will Russia Allow Street Protests To Continue In Moscow Or Is A Crackdown Coming?

July 30, 2019 • NPR's Audie Cornish speaks with Shaun Walker, a correspondent for The Guardian, about a recent surge in protests and whether the Kremlin is cracking down on dissent.

Will Russia Allow Street Protests To Continue In Moscow Or Is A Crackdown Coming? 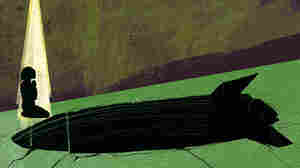 July 30, 2019 • The researchers looked at responses of 1,709 people in three countries that have undergone prolonged, brutal conflict. The findings hold encouraging news — and a cautionary note.

Brexiteers Back Johnson Who Says U.K. Will Leave The EU By Oct. 31

July 30, 2019 • In a seaside district of England, "Brexiteers" are cheering that one of their own is now prime minister. They have high expectations of Boris Johnson, and will be unforgiving if he fails.

Brexiteers Back Johnson Who Says U.K. Will Leave The EU By Oct. 31 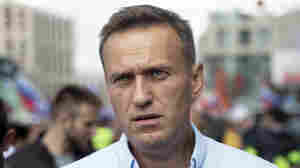 July 29, 2019 • Supporters say Alexei Nalvany was exposed to a chemical agent while serving a 30-day sentence for leading an opposition action against the Kremlin. 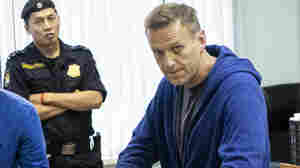 Alexei Navalny, one of Russia's most prominent opposition figures, appears in a Moscow courtroom on July 24. A longtime critic of President Vladimir Putin, he was recently arrested after calling for a mass protest against the exclusion of opposition candidates from Moscow's city council election. Pavel Golovkin/AP hide caption

July 28, 2019 • Navalny, a longtime critic of President Vladimir Putin, was recently arrested after calling for a mass protest in Moscow. 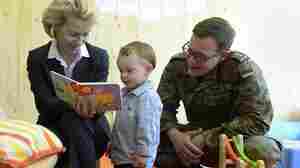 Few German Mothers Go Back To Work Full Time. These Are The Challenges They Face

July 28, 2019 • German women have achieved top political positions, but in the business world, progress has lagged. Until 1977, married women had to receive their husbands' permission to work outside the home.

Few German Mothers Go Back To Work Full Time. These Are The Challenges They Face

July 28, 2019 • The U.K.'s new prime minister's promise to honor Brexit has some voters in Scotland renewing calls for independence 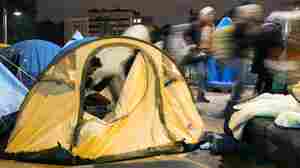 The Stalingrad Connection community radio station was named for the Paris metro stop where migrants camped out back in 2016. Above, migrants are shown during an evacuation outside the Stalingrad station on Nov. 4, 2016. Joel Saget/AFP/Getty Images hide caption

In Paris, This Refugee Radio Station Is A Lifeline — In 5 Different Languages

July 28, 2019 • Where can I find food? How do I fill out an asylum application? Stalingrad Connection, a community radio station, helps migrants find crucial information as they navigate a new country.

In Paris, This Refugee Radio Station Is A Lifeline — In 5 Different Languages 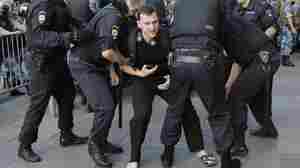 Police officers detain a man at protests in Moscow. Hundreds have been arrested during a demonstration demanding that opposition candidates be allowed to run for the Moscow city council. Alexander Zemlianichenko/AP hide caption

July 27, 2019 • Demonstrators are demanding fair elections for the City Duma and for opposition candidates to be allowed on the ballot.

The Latest From This Year's Tour De France

July 26, 2019 • NPR's Ari Shapiro talks with Damian McCall of the Agence France Presse to give us the latest developments from the Tour de France after a stage of the race was cancelled due to extreme weather.

The Latest From This Year's Tour De France 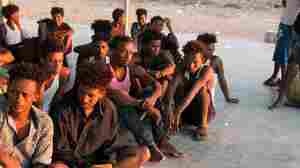 Rescued migrants sit on the coast of Khoms, some 100 kilometres (60 miles) from the Libyan capital Tripoli, on July 26, 2019. About 145 migrants were rescued by the Libyan coastguard, and survivors had reported that about 150 people remained missing. -/AFP/Getty Images hide caption

July 26, 2019 • "Our death rate is rising alarmingly," a U.N. High Commissioner for Refugees spokesperson says. Aid agencies continue rescue efforts off the shore of Libya, hoping to save anyone else who survived.

July 25, 2019 • A second heatwave in one month has smashed temperature records across Europe on Wednesday.