The World Actually Fits In The World's Largest Book

January 31, 2010 • The Klencke Atlas is the world's largest book and it's soon to go on public display for the first time in 350 years. Host Liane Hansen speaks with the curator of Antiquarian Mapping at the British Library in London, Tom Harper, about the atlas and the Library's upcoming map exhibit.

The World Actually Fits In The World's Largest Book 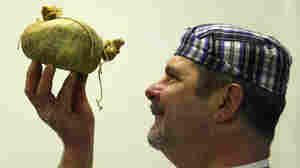 January 31, 2010 • It's still illegal to import haggis from Scotland, despite reports saying otherwise. There's been a ban on this concoction of sheep meat cooked in a stomach since 1989, when mad cow disease was in the news.

January 29, 2010 • Former British Prime Minister faced six hours of questioning Friday about the war in Iraq. Appearing before a panel investigating why the British government decided to join the U.S. in the invasion of Iraq in 2003, Blair defended his decision to go to war against Saddam Hussein.

January 29, 2010 • Denmark has the highest income taxes in the world, but it also enjoys low unemployment and steady economic growth. Economists debate whether Denmark is a model economy, or just a lucky one.

January 29, 2010 • U.S. Secretary of State Hillary Clinton tells NPR that efforts to end the war in Afghanistan must be accompanied by a plan to reintegrate Taliban fighters, though she acknowledges that approach won't work with the group's top leadership. She says the evolving reconciliation process "will be a little like jazz ... you can't lay it out completely."

January 29, 2010 • Many people in Britain believe former Prime Minister Tony Blair led them into an unjust war in Iraq. That view has been reinforced by this week's evidence at the public inquiry into the justification and conduct of the war. Blair is expected to face six hours of questioning by the panel.

January 28, 2010 • The U.S. and its allies have agreed to pour in millions of dollars into Yemen but they say the government has to shape up first. That was the core of the message that Secretary of State Hillary Clinton delivered to a meeting in London on Yemen. The group is trying to help stabilize Yemen, which is one of the poorest nations in the Arab world, and is struggling to contain al-Qaida.

January 28, 2010 • Foreign ministers of NATO countries — plus dozens of others — including Japan, China and India are in London searching for ways to help stabilize Afghanistan. British Prime Minister Gordon Brown is hosting the event which is aimed at getting Afghanistan back on track. The last time a meeting of this size and scope was held was in 2001. 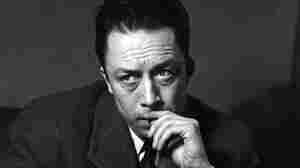 French writer and philosopher Albert Camus (shown here in an undated photo) won the Nobel Prize for Literature in 1957 and died in a car accident in 1960. Debate is under way in France on President Nicolas Sarkozy's suggestion to relocate Camus' remains from Lourmarin, a small village in southern France, to Paris' Pantheon. hide caption

January 28, 2010 • France has been celebrating the life and works of writer and philosopher Albert Camus, who died 50 years ago this January. But the commemoration has been fraught with politics, after President Nicolas Sarkozy suggested moving Camus' remains from a village in the south to Paris.

January 27, 2010 • Even though France has been a republic for more than 200 years, there are many people in France who would like to see the return of the King. Royalists believe that one day they will be able to convince the French to restore the monarchy. 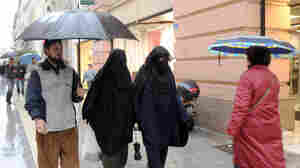 January 26, 2010 • A parliamentary commission has stopped short of calling for a full ban but recommended that lawmakers bar wearers of the garment from public buildings like schools and hospitals.

January 25, 2010 • Umar Farouk Abdulmutallab, accused in the attempted Christmas Day airliner attack, had contacts with at least two suspected terrorists while a student in London, investigators tell NPR. Intelligence officials have linked him to a suspect in a 2006 plot against airliners and to a man implicated in a plan to behead a Muslim soldier.

January 24, 2010 • The new EU foreign minister, Baroness Catherine Ashton, met with Secretary of State Hillary Clinton on Thursday and discussed EU plans for Haiti and a joint strategy regarding Iran. Host Liane Hansen speaks with Ashton, the first person to fill this role, a new creation under the recently-implemented Lisbon Treaty.

So This Meteor Crashes Into A Doctor's Office...

January 23, 2010 • You hear about these things happening and wonder if they ever really do. Well, last Monday around 5:30 p.m., a half-pound meteor traveling about 220 miles an hour crashed through the office of Dr. Frank Ciampi. Guest host Audie Cornish speaks with Ciampi about the event, which has about a trillion-to-one chance of happening to you.

So This Meteor Crashes Into A Doctor's Office...

Obama 'The Musical' Opens In Germany

January 21, 2010 • A new theater production Hope: The Obama Musical Story opened this week in Frankfurt, Germany. It tells the story, in song and dance, of America's first black president. It is likely to be a big success in a country where President Obama is still immensely popular.

Obama 'The Musical' Opens In Germany