August 31, 2012 • A family in England really wasn't expecting to find a 33-foot-deep medieval well under their living room floor. Colin Steer got about a foot down into the well before his wife made him stop. Now he's retired, and he's dug 17 feet. He's already found a sword and hopes for more treasures.

August 27, 2012 • Members of the band took part in the protest against Russian President Vladimir Putin that sent three of their band mates to jail. The group, which is an anonymous collective of more than a dozen people, tweeted that the two women were safe outside of the country. 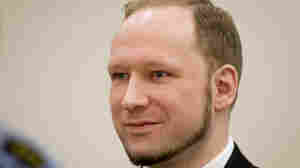 21-Year Sentence For Norwegian Killer Of 77; But He May Serve For Life

August 24, 2012 • Anders Behring Breivik got the maximum sentence. But if he's still considered to be a danger to society, his stay in prison could extend far beyond the 21-year term.

August 24, 2012 • Anders Behring Breivik, the man charged with killing 77 people in Norway last year, was found sane and sentenced to prison for at least 21 years. Steve Inskeep talks to Alan Cowell, senior correspondent with The New York Times, for more on the decision. 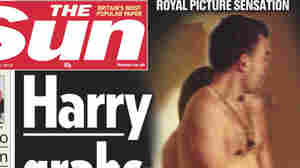 That's Harry, but not the prince: The Sun recreated the scene. @suttonnick hide caption

His Nakedness Should Not Be Shown, Palace Says Of Prince Harry's Photos

August 23, 2012 • After photos went viral of the nude prince having a good time in Las Vegas, the palace told British newspapers they'd better not publish them. The Sun, though, found a way to recreate the scene.

August 23, 2012 • A 19th century fresco of Jesus titled "Behold the Man" hangs in a church in Borja, Spain. One parishioner was upset that the beloved painting was deteriorating so she decided to restore it herself. Art historians hope to find a professional to restore it again. 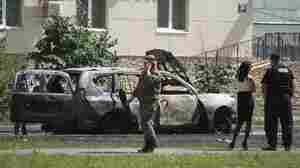 Police examine the site of a car bomb in the Russian city of Kazan on July 19. Ildus Faizov, the mufti of Tatarstan and the top Islamic leader in the region, was wounded in the explosion, while his deputy, Valiulla Yakupov, was shot dead in a separate incident on the same day. Roman Kruchinin/AFP/Getty Images hide caption

August 22, 2012 • The Russian republic of Tatarstan was considered a model of moderate Islam coexisting with Christianity. But recent violence has fueled fears that the influence of foreign-trained radical imams may be growing in the region. Police blame Muslim militants; Tatar nationalists say Moscow is behind the attacks.

August 22, 2012 • The all-female Russian punk band Pussy Riot is facing two years in prison after being found guilty of hooliganism. According to columnist Anne Applebaum, of all the attention paid to the case, a recent show of support from Madonna could prove most damaging to the regime. 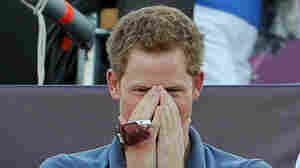 August 22, 2012 • What happened in Vegas didn't stay in Vegas for the nearly 28-year-old son of Prince Charles and Diana. Photos from his "strip billiards" game are now all over the Web. 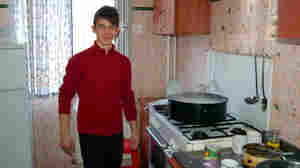 Many Romanian kids who grow up in orphanages lack life skills when they leave the institutions at age 18. At Grosuleac's home, boys go to school, get jobs and do household chores. Here, Emanuel prepares a rice dish for dinner. Meghan Collins Sullivan for NPR hide caption

August 20, 2012 • Florin Grosuleac has raised more than 60 orphaned boys in his small apartment in Bucharest. In a country where children are too often abandoned, Grosuleac has devoted his life to taking them in.

August 20, 2012 • Rainy weather is the norm in Britain. So forgive people in southeast England for being excited when the BBC called for a dry, sunny weekend. Instead, a series of storms erupted. 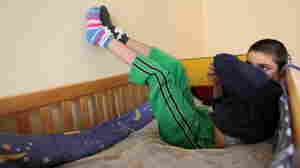 A disabled and orphaned Romanian child in his bed at the Targu Jiu orphanage in southwestern Romania in 2009. Romania has, in general, improved conditions in orphanages that provoked outrage when they were exposed internationally nearly a quarter-century ago. However, some 70,000 kids are still in the care of the state. Thomas Coex/AFP/Getty Images hide caption

August 19, 2012 • It's been nearly a quarter-century since the world was shocked by the horrible scenes from Romanian orphanages. The worst abuses have been halted and there have been improvements in the system, but it remains a country where large numbers of children are still wards of the state. 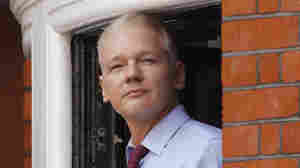 Julian Assange, founder of WikiLeaks, makes a statement from a balcony of the Ecuadorian embassy in London on Sunday. Sang Tan/AP hide caption

August 19, 2012 • WikiLeaks founder Julian Assange is expected to make a public appearance Sunday, from the safety of the Ecuadoran embassy in London.

What's Inside The CIA's Polish Prison

What's Inside The CIA's Polish Prison

August 19, 2012 • Ukraine's newly passed language law, which gives Russian status as the the country's official language, is a very emotional issue. The law illustrates how Ukraine remains a divided nation, with a Russian-speaking, Moscow-leaning east and Ukrainian-speaking, Hapsburg- and Polish-influenced west.