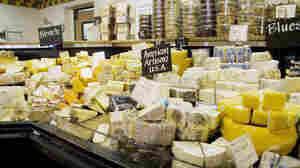 Haystack Mountain Goat Dairy, a Colorado goat cheese producer, says it will begin to source more milk from dairies that don't rely on inmate labor — so that they can continue to sell some cheeses to Whole Foods. ilovebutter/Flickr hide caption

September 30, 2015 • Whole Foods has sourced goat cheese and tilapia from farms that employ inmates through Colorado Correctional Industries. Critics say it's exploitative because the inmates are paid so little. 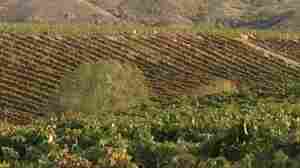 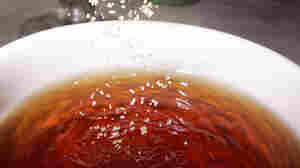 Sugar offsets the bitterness of tea, but have we gone too far in how much we add and how often we drink it? Yat Fai Ooi/Flickr hide caption

September 29, 2015 • We think of tea as healthful, but from Morocco to Taiwan to the American South versions of it have become so sugar-laden that a regular tea habit might be just as unhealthful as a soda habit. 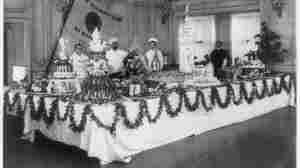 An elaborate buffet at the Ellicott Club in Buffalo, N.Y., circa 1901. Library of Congress hide caption

How Many Daily Meals Did We Once Eat?

September 29, 2015 • Traditionally, the three daily meals in America are breakfast, lunch and dinner. But did our forebears eat four times a day instead of three? 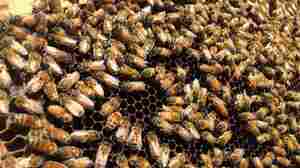 Drought Is Driving Beekeepers And Their Hives From California

September 29, 2015 • A lack of crops for bees to pollinate has California's beekeeping industry on edge. Some are feeding their colonies pricey processed bee food or moving their hives out of state to forage.

Drought Is Driving Beekeepers And Their Hives From California 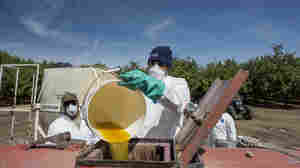 A worker pours a bucket of pesticide into a machine to be sprayed on almond trees at Del Bosque Farms Inc. in Firebaugh, Calif., on April 6, 2015. California and Washington already have adopted, through state regulation, many of the rules that the EPA now wants to put in place nationwide. David Paul Morris/Bloomberg/Getty Images hide caption

September 28, 2015 • The federal government is requiring farmers to keep more records on exactly when and where they used specific pesticides. And no children under the age of 18 will be allowed to handle the chemicals. 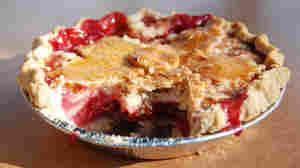 Sour cherry pie: one of the many beautiful marriages of sour with sweet. Jonathan McIntosh/Flickr hide caption

Power Of Sour: How Tart Is Reclaiming Turf From Sweet

September 28, 2015 • Americans once made sour drinks like shrubs and switchels and preferred tart strawberries and cherries. Then sugar became cheaper and ubiquitous. Now sour is returning in fermented foods and drinks. 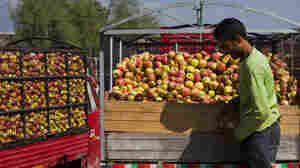 September 28, 2015 • It's not just a developed world problem. One of the authors of Food Foolish talks about the problem in low-income countries, where food often decays in the fields or spoils on the way to market. 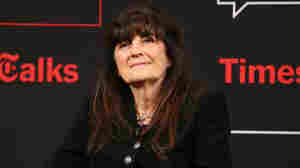 Just Miles From France, England Produces Its Own Bubbly

September 27, 2015 • If you ask for a bottle of sparkling wine from England, sommelier Andrew Stover says people look at you oddly — until now. NPR's Rachel Martin and NPR editor and sommelier Barrie Hardymon do a taste test.

Just Miles From France, England Produces Its Own Bubbly 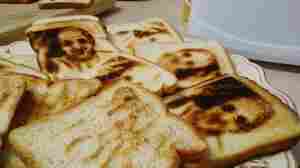 The image of Pope Francis ended up on these slices of toast thanks to a special toaster with metal stencillike inserts. But in most cases where people report seeing faces in their food, their brain is behind the illusion. Katie Colaneri/WHYY hide caption

September 26, 2015 • From Jesus on a fish stick to the Virgin Mary on a grilled cheese, lots of people report seeing the faces of religious figures in their food. It turns out, our brains may be wired to work this way. 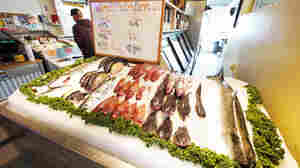 Some 15 percent of the seafood that's wasted in the U.S. is lost en route from sea to consumer, often because it spoils or is discarded as scraps. Craig Howell/Flickr hide caption

September 25, 2015 • Each year American consumers buy and then never eat 1.3 billion pounds of fish and shellfish, according to a new study. Fishermen, retailers and processors waste a lot of fish, too. 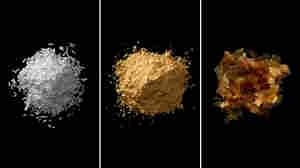 'Ingredients': An Eye-Opening Look At The Additives In Our Food

September 25, 2015 • What does diacetyl look like? And what's it doing in our food? A new book seeks to demystify 75 common food additives with striking photos of these ingredients and details on their uses and history. 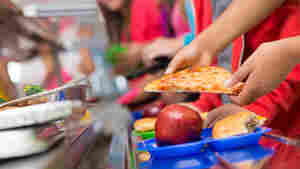 Longer lines in the cafeteria and shorter lunch periods mean many public school students get just 15 minutes to eat. Yet researchers say when kids get less than 20 minutes for lunch, they eat less of everything on their tray. iStockphoto hide caption

September 24, 2015 • Many public school students get 15 minutes or less to eat. A study finds that kids who get less than 20 minutes for lunch end up eating less of everything on their tray. 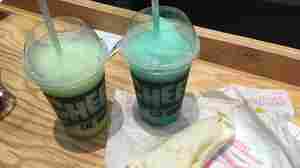