Accessibility links
No School, No Handshakes: Reporting On Ebola From Sierra Leone : Goats and Soda NPR's Jason Beaubien is covering the outbreak that began in March and is still going strong. En route to the burial of a 70-year-old Ebola victim, he talked about the impact on the town of Kailahun. 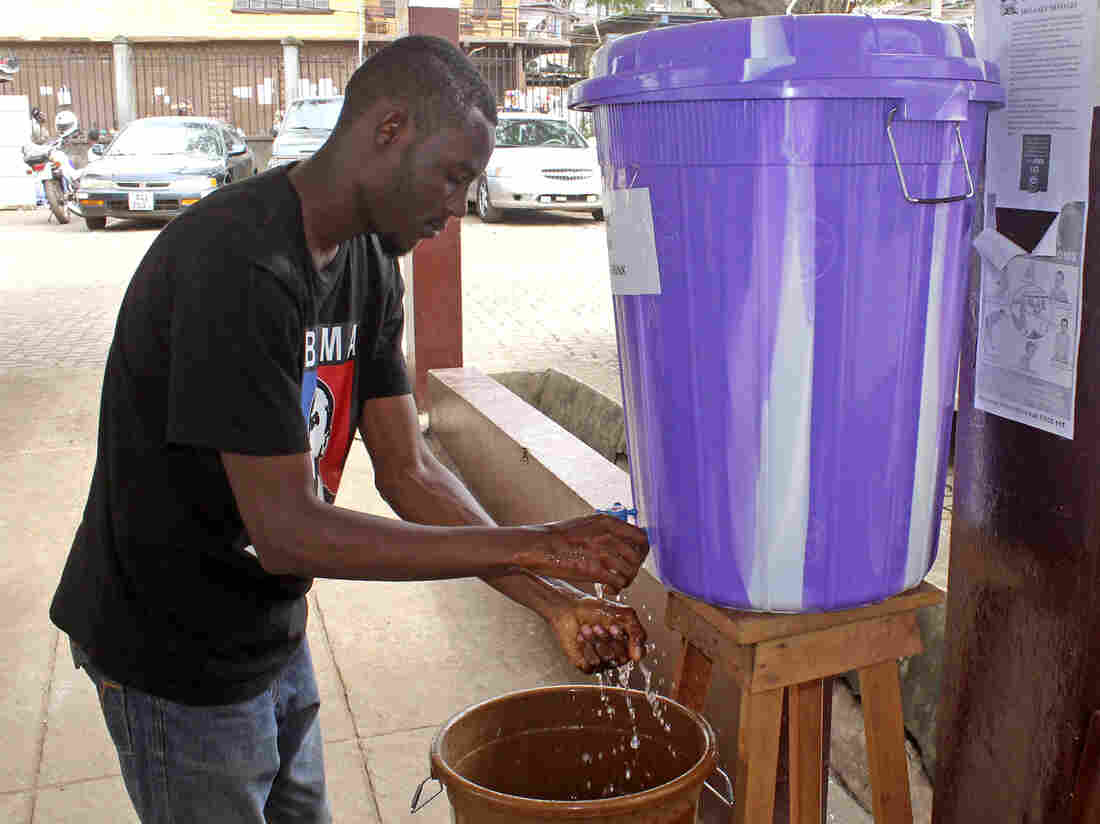 Ebola precautions are taking hold in Sierra Leone. A man washes with disinfectant before entering a hospital in the capital city of Freetown. Youssouf Bah/AP hide caption 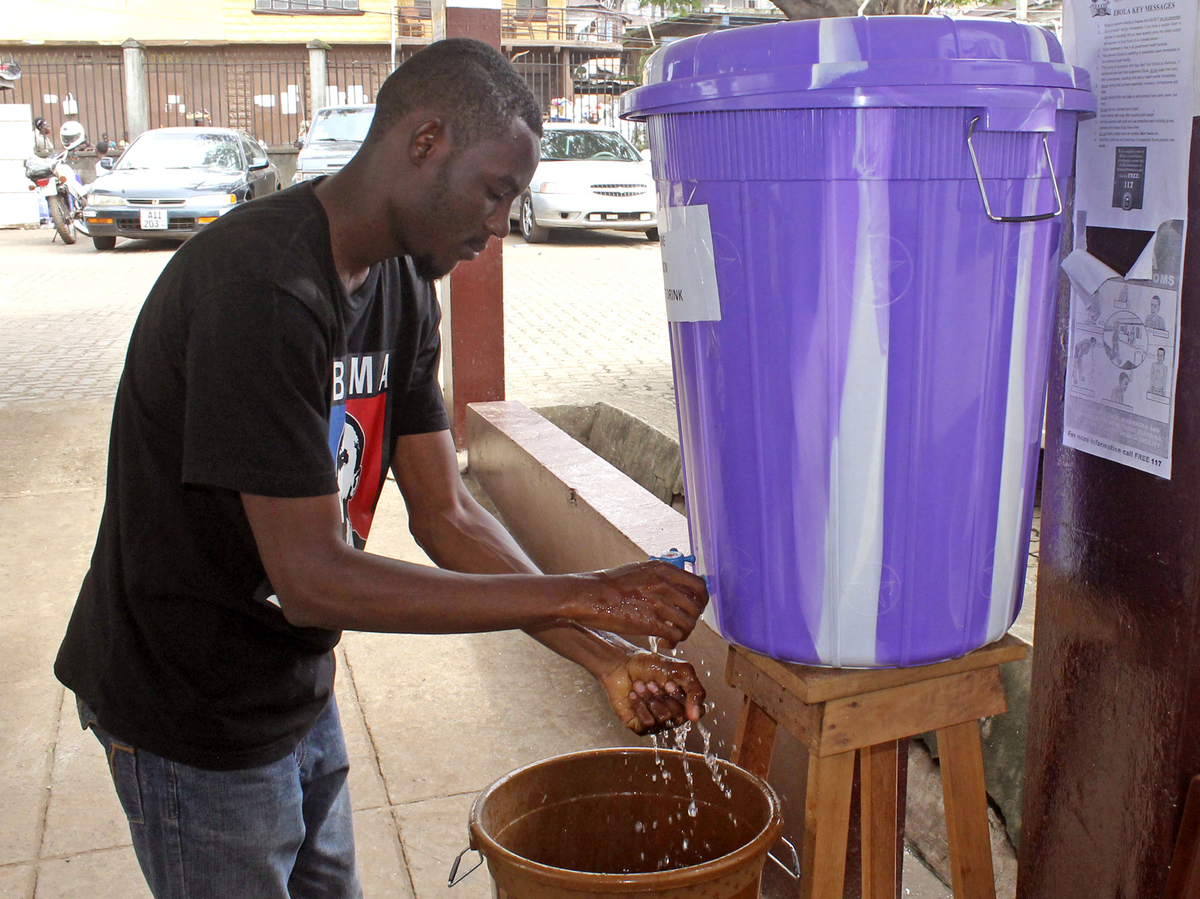 Ebola precautions are taking hold in Sierra Leone. A man washes with disinfectant before entering a hospital in the capital city of Freetown.

NPR's Jason Beaubien is in Sierra Leone, covering the Ebola outbreak that began in March in Guinea and has spread to neighboring countries. We'll be speaking with him throughout the week about what he's seeing on the ground. Today he's in Kailahun, the largest town in the country's eastern province, with a population of about 18,000, and the epicenter of Sierra Leone's outbreak. In the past week, Doctors Without Borders staff in Kailahun have treated more than 70 patients with Ebola-like symptoms.

When we called, Beaubien was with a team driving to the treatment center to pick up the body of a 70-year-old woman who died of Ebola. Burial was scheduled for this afternoon.

What will happen at the burial?

The Ministry of Health is handing over body management to the Red Cross. This is one of the first bodies they're going out to do, so there's a whole bunch of people [who will be at the burial]. It may turn into a bit of a mob scene. And there's a lot of anger in the community; there's a potential that family members might not be happy that such a large group of people are showing up at the burial.

There's been a lot of frustration and lack of understanding among the community about the need to not touch the body. Traditional burial would include washing the body by hand. So there's been some tension when the health teams come in telling people they're not allowed to touch the body, and that the body has to be zipped up in a body bag and disposed of by people in hazmat suits.

How has Kailahun reacted to the outbreak?

They've shut down the schools, and the government has issued an order saying that people who harbor people with Ebola and don't bring them for medical treatment will face criminal charges. A lot of people early on didn't necessarily accept that this was some new disease. They figured it was malaria or Lassa fever or something like that. That's part of what has led to some of the resistance and misunderstanding — people not knowing that this virus is different.

Ebola spreads by contact with bodily fluids. What precautions are people taking?

Are you scared about being in an Ebola hot zone?

As much as you know scientifically about how it's spread and what you have to do to come in contact with it, it is still quite scary to know there is a virus floating around that's got a better than 50 percent chance of killing you. Just driving through the forest, I was thinking that somewhere out there, there's some [animal] host that has this virus coursing through its body, waiting to jump into humans. No one has proven definitively that [that's the source of the virus], but it seems like it's that. So it's a little ominous to look into that jungle and think about that.