Accessibility links
Joep Lange, Who Died On Flight MH17, Changed The Way We Fight AIDS : Goats and Soda He was a passenger on the downed Malaysia Airlines flight. Those who knew researcher and activist Joep Lange say he was a giant in the battle against AIDS — and truly "a scientist with a heart."

Joep Lange, Who Died On Flight MH17, Changed The Way We Fight AIDS

Joep Lange, Who Died On Flight MH17, Changed The Way We Fight AIDS 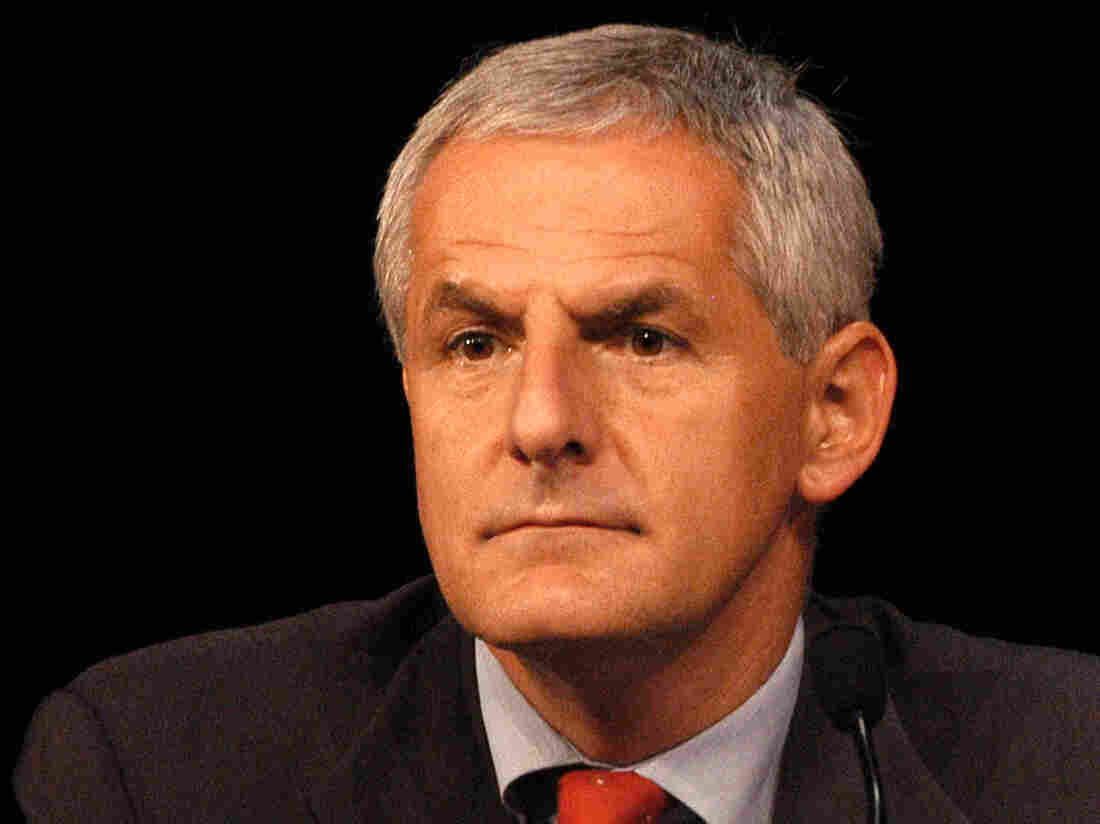 Joep Lange led many early drug trials of HIV therapies and studied how to prevent HIV-positive pregnant women from transmitting the virus to their babies. Jean Ayissi/AFP/Getty Images hide caption 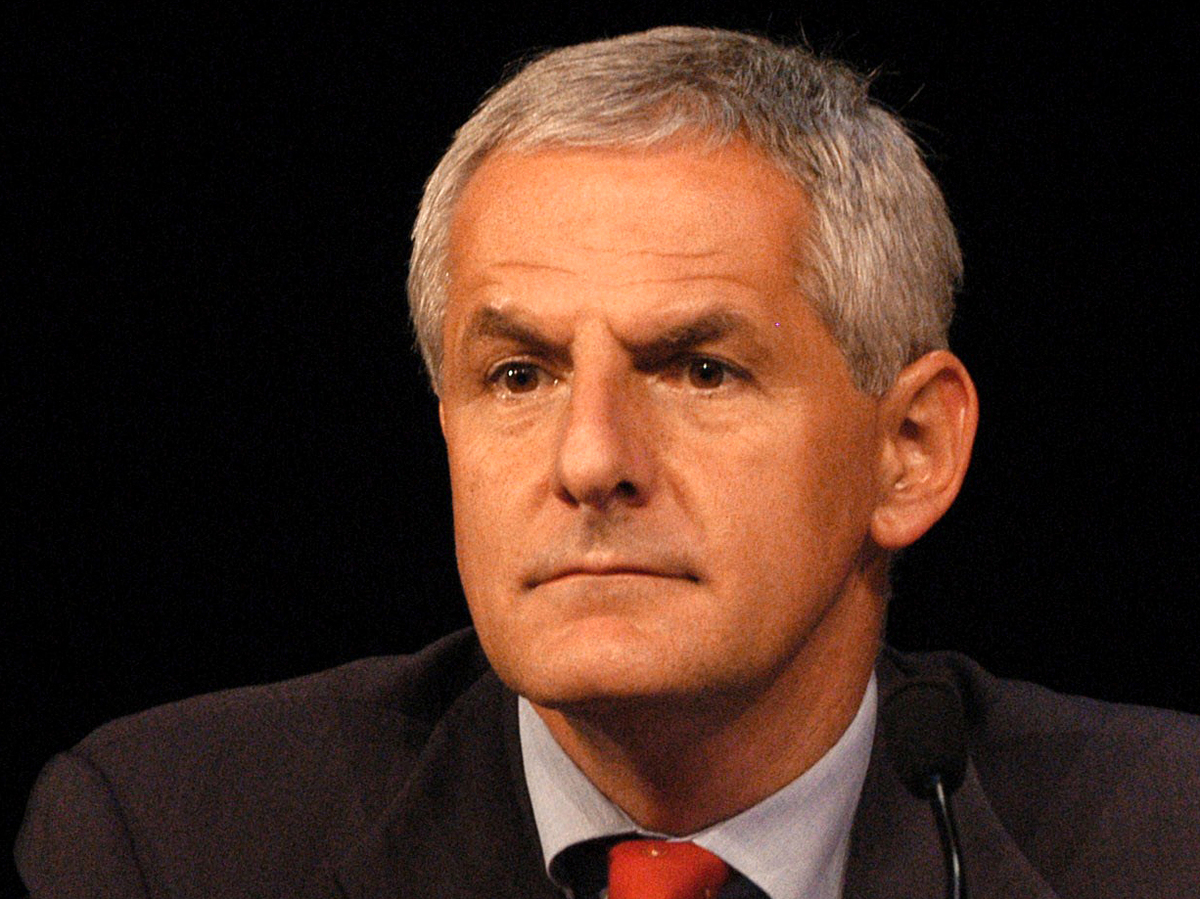 Joep Lange led many early drug trials of HIV therapies and studied how to prevent HIV-positive pregnant women from transmitting the virus to their babies.

The AIDS community is in shock over the news that dozens of its members were aboard the Malaysia Airlines flight that was apparently shot down Thursday. The sorrow is particularly widespread over the death of Joep Lange, a Dutch researcher and advocate, who played a pivotal role in the AIDS movement for more than three decades.

"We've lost one of the giants in our field," says Dr. Richard Marlink, who heads the Harvard School of Public Health AIDS Initiative. "We've lost a voice that I don't think is easily replaced."

Colleagues of Lange said his career embodied some of the most important shifts in the way scientists have approached the fight against HIV/AIDS: He gave patients and advocates more of a say in setting the research agenda, and he worked with governments and businesses to ensure that breakthroughs in treatment become available to even the poorest patients.

Pediatrician Helene Gayle, of the nonprofit CARE, about Joep Lange

Dr. Helene Gayle, who succeeded Lange for a two-year term as president of the International AIDS Society in 2004, agrees. "He could connect the dots between the different aspects of the HIV fight," says Gayle, who is now president of the nonprofit CARE. "There are some people who are just clinicians, or some people who are just researchers, or just on the prevention and behaviorial side or the social side. He really understood it all. And he was truly a scientist with a heart."

Lange, who was 61 and headed the department of global health at the University of Amsterdam, began his work on AIDS as a doctor and clinical researcher in the 1980s. His earliest contributions were scientific. He was the lead architect of many early trials of antiretroviral therapy and studied how to prevent HIV-positive pregnant women from transmitting the virus to their babies.

Gayle describes this work as groundbreaking. But she and others say Lange's true genius lay in realizing the need to translate scientific efforts into the broader, real-world context.

"Oftentimes people on the research side don't think about the impact of policies on people," Gayle says. "And that's something Lange cared deeply about."

From the start, Lange pressed for researchers to move beyond Europe and the U.S. and work in low-income countries, where the AIDS crisis was most acute. He pioneered efforts in Thailand and later, in parts of Africa.

Lange was also among the first in the scientific community to recognize the importance of listening to and engaging with patients and activists.

The two groups initially had little contact, recalls Shaun Mellors, an advocate who first met Lange in the mid-1990s.

"He was deeply committed to involving people living with HIV and also broader civil society in his discussions and meetings," says Mellors, now executive director for Africa at the nonprofit International HIV/AIDS Alliance.

When it became clear that the U.S. government wouldn't allow HIV-positive foreigners to attend the 1992 conference of the International AIDS Society, originally planned for Boston, Lange helped organize the conference in the Netherlands. He was also instrumental in pushing the society to hold its first conference in an African country — South Africa — in 2000, Mellors says.

On his frequent trips to Africa, Mellors says, Lange made a point of checking in regularly with people who were HIV-positive, "not as patients, but trying to get a sense of what their issues were, what their needs and desires were." Mellors says. "Lange valued the importance of community voice, and he championed that in the way he worked."

Lange often mentored activists, whom he deemed promising — reaching out to Mellors, for instance, to explain the science behind the research.

"He made me realize I didn't have to be intimidated by science," Mellors says. "And that in order to be effective as an activist, I needed to understand and question the science."

Lange also took to heart the corollary of that insight — that to be effective as a scientist, Lange would need to be an effective activist, Mellors says.

Most recently for Lange, this had meant working to increase access to medical care, not just for HIV/AIDS, but more generally. He was the founder of the PharmAcess Foundation, which aimed to put more doctors and nurses in sub-Saharan Africa. The nonprofit has spun off a health insurance fund for Nigerians, Tanzanians and Kenyans.

Colleagues said Lange's success as an activist was largely a tribute to his personality. His humor was dry and a bit wry, but his manner was gentle. Stories of Lange's kindness abound.

He insisted on making Gayle's frequent layovers in Amsterdam comfortable, even though she would often arrive at dawn. Lange would pick her up at 6 a.m. and take her to his house for coffee, a stroll, a shower or quick nap. "I'd always say, 'Oh Joep, it's too early. And he'd say, 'No, no, I'll be there.' "

It will be hard for anyone to replace Lange, Gayle says. But she is confident that Lange's inclusive style will ensure that his work will continue, even after his death.

"The thing about a good leader is that they don't try to do it all by themselves," Gayle says. "They build teams. And Joep has built great teams wherever he's gone. So there are people who are poised and ready to take on the work that he started."