Accessibility links
In The World Of Global Gestures, The Fist Bump Stands Alone : Goats and Soda Obama does it. And increasingly, so do folks around the world. Why is the fist bump so popular? And do other cultures have similar gestures?

In The World Of Global Gestures, The Fist Bump Stands Alone

In The World Of Global Gestures, The Fist Bump Stands Alone 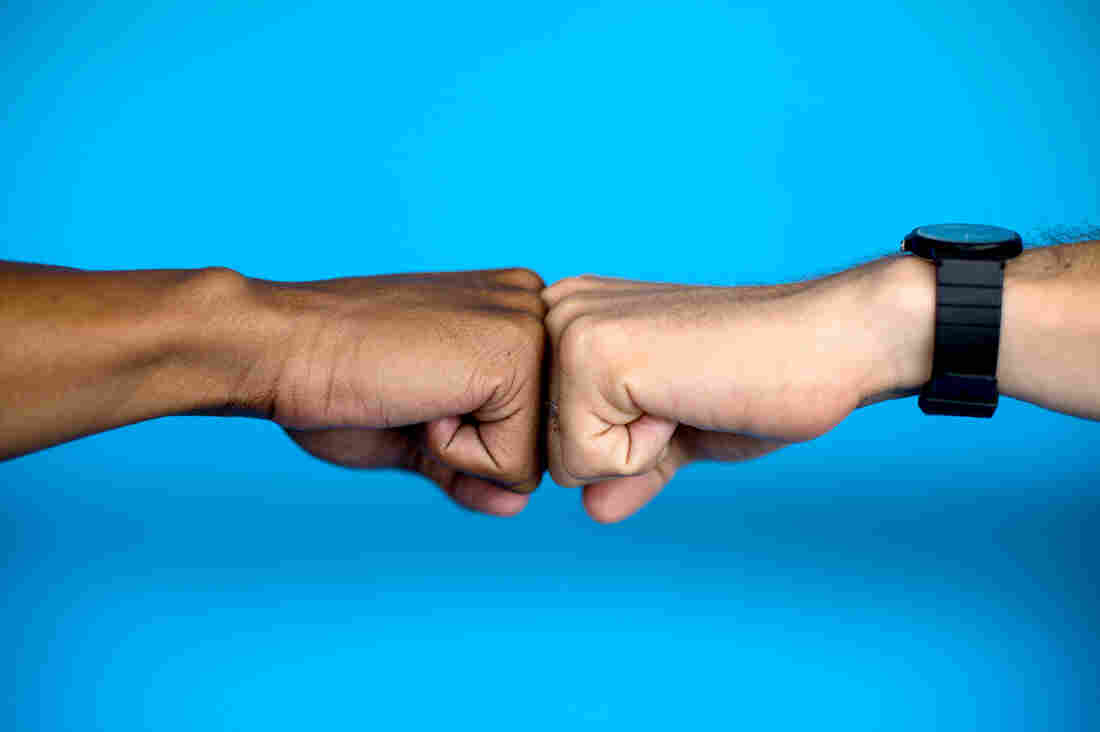 One set of knuckles meets another. Both are equal in this greeting that expresses approval and triumph. Meredith Rizzo/NPR hide caption 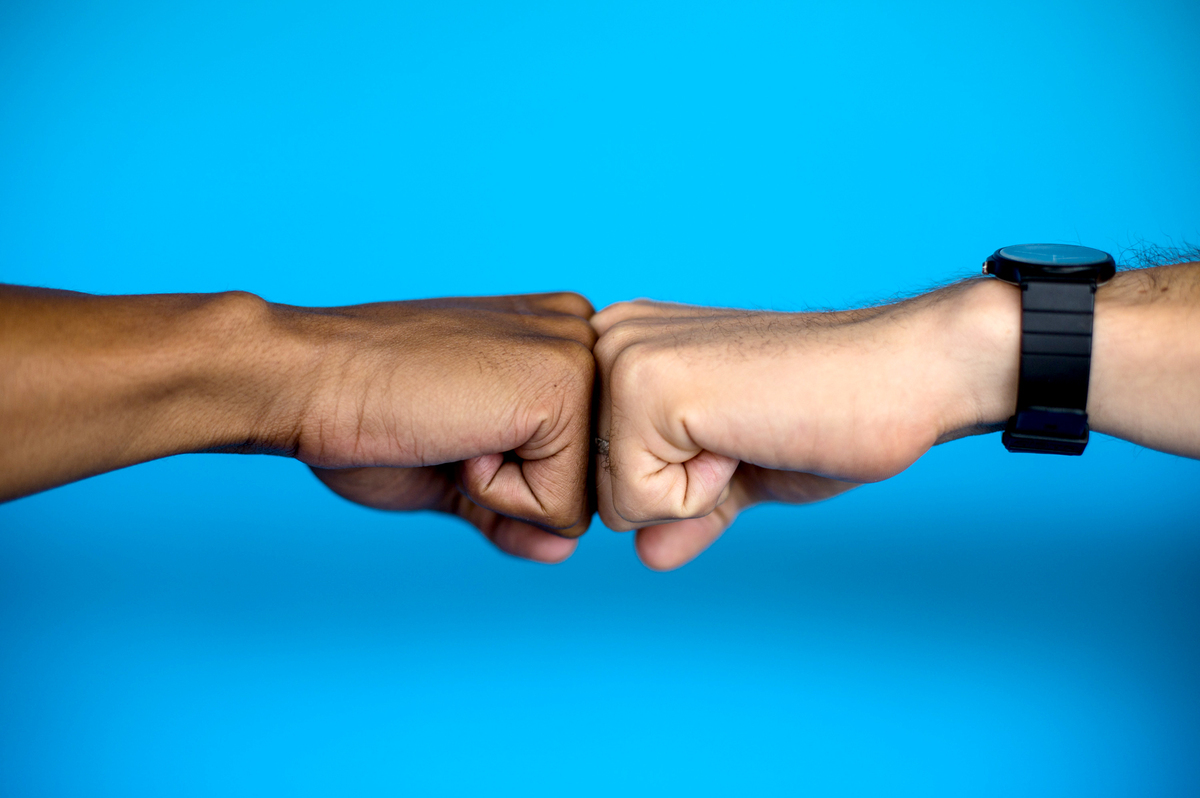 One set of knuckles meets another. Both are equal in this greeting that expresses approval and triumph.

Back in the 2008 presidential campaign, candidate Barack Obama launched a media storm when he nonchalantly fist bumped his wife Michelle. "Obama's Fist-bump Rocks The Nation!: The Huffington Post exclaimed. "Is the fist bump the new high-five?" NPR's Laura Silverman asked.

Obama has done it again. 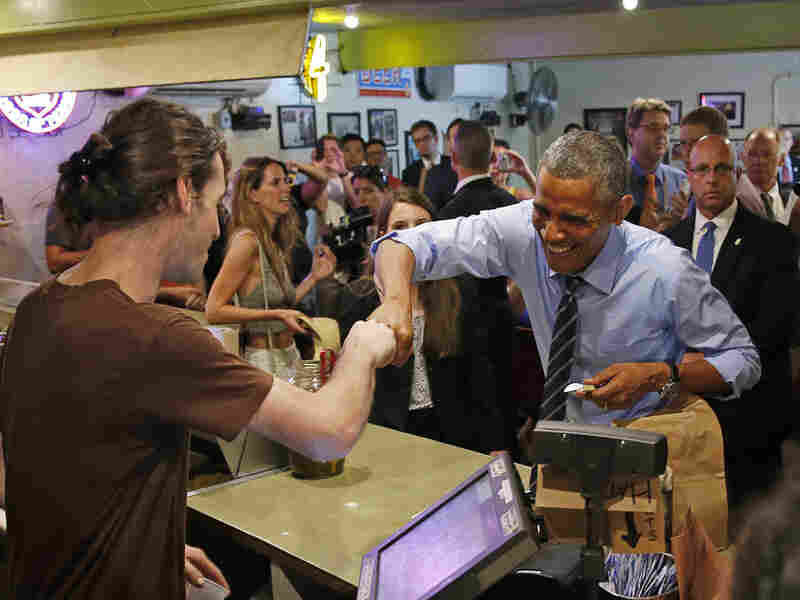 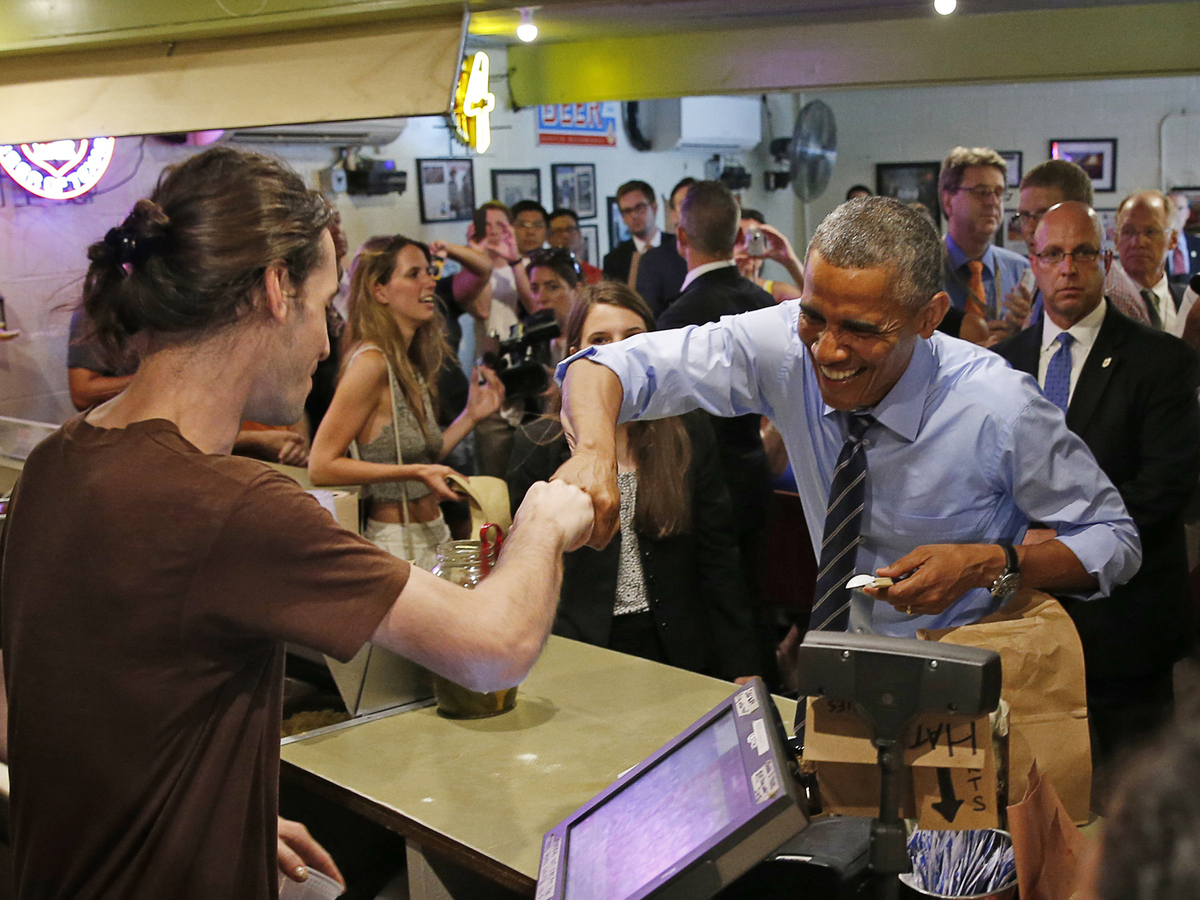 Earlier this month he cemented the gesture as part of his presidential persona when he fist bumped an employee at an Austin barbecue restaurant. Before taking Obama's order, Daniel Rugg said, "Equal rights for gay people," the Austin Chronicle reported. Then the presidential bump followed.

All this fist-to-fist action got us thinking: Where did the fist bump come from? Why is it so appealing that the president uses it? And do other cultures have similar nonverbal gestures?

The modern fist bump most likely evolved from the high-five in the sports world, says David Givens, an anthropologist with the Center for Nonverbal Studies in Spokane, Washington. The 1970s Baltimore Bullets guard Fred Carter was an early bumper, Time reported back in 2008. Eventually the fist bump became a way for friends to greet each other.

Givens believes that the fist bump stands out in the world of nonverbal gestures. "The fist bump is one of the few gestures that is equal," he tells Goats and Sodas. "You could do it with President Obama, and you'd both be equals at that time."

That's because the knuckles are meeting at the same level — neither bumper has the upper hand, so to speak.

By contrast, a handshake can turn into a contest: Who's got the stronger grip?

The Japanese bow can be equally unequal.

Will A Handshake Lead To Better U.S.-Cuba Relations?

"The bow is a form of respect," David Matsumoto, a psychologist at San Francisco State University, wrote in an email. "But the varying degrees of angle of the bow, when bows are performed, and to whom, all show something about hierarchy."

The fist bump is, in fact, spreading around the world, Givens says. And he thinks that's because it's not only a greeting — it signals triumph and approval.

Other nonverbal gestures may have multiple meanings but are a bit more complicated to carry out — and may be reserved for members of the same gender.

Ethiopian men greet each other by touching shoulders.

Ghanaians click their fingers after a handshake while saying "chale," which can mean everything from "hello" to "watch out" to "you can't be serious," according to NPR's West Africa correspondent Ofeibea Quist-Arcton. (So technically that greeting is not completely nonverbal.)

In the Democratic Republic of the Congo men perform a head knock in which they touch alternating sides of the forehead, like the European kiss on one cheek, then the other. (Clearly, that takes a lot more coordination than a fist bump.)

The fist bump does have a close cousin, Givens says: the hug.

Hugs as a socially acceptable greeting between two men became a thing in Eastern Europe and Russia in the 1800s, he says. And later the gesture spread to the West. The hearty greeting shows compassion and closeness. Today athletes around the world, both men and women, use hugs to celebrate victories.

But a quick fist bump might be easier to pull off than a hug. Plus, a knuckle collision just seems way cooler — as long as it doesn't turn into a knuckle sandwich.

If you know of any gestures from around the world that could outbump the fist bump, please share with us in the comments!