Accessibility links
American Doctor Sick With Ebola Now Fighting For His Life : Goats and Soda After caring for Ebola patients for several months in West Africa, Dr. Kent Brantly noticed last week that he had symptoms. The 33-year-old immediately put himself into a Liberian isolation ward. 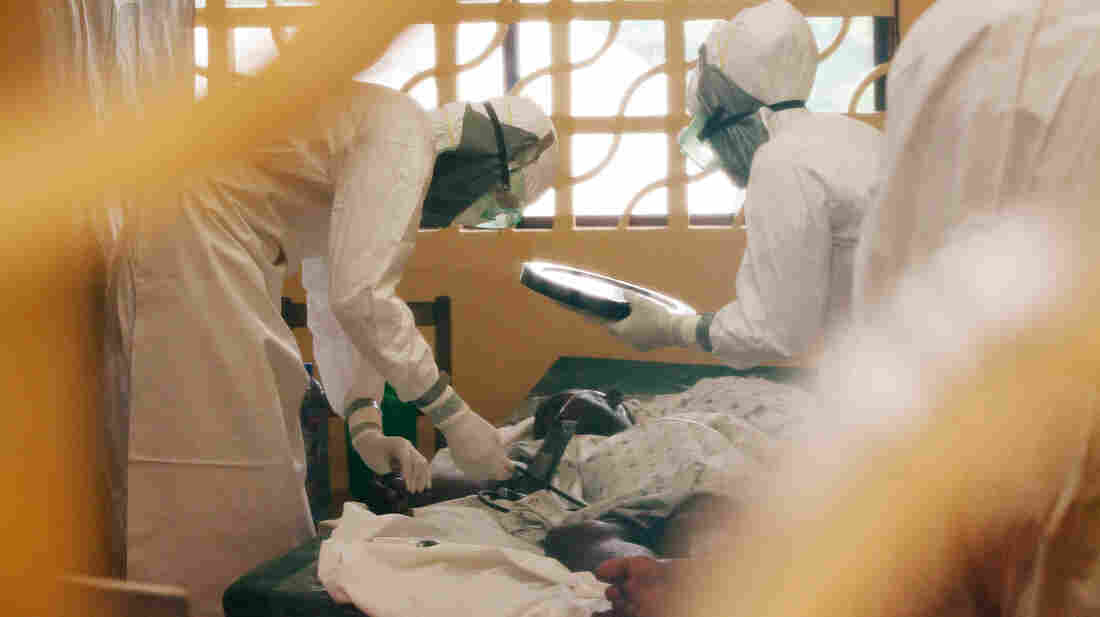 A doctor trained in Fort Worth, Texas, is now a victim of the Ebola outbreak he was battling.

Kent Brantly, 33, had been caring for Ebola patients in Liberia's capital, Monrovia, for several months when he noticed he had symptoms of the deadly virus last Wednesday. 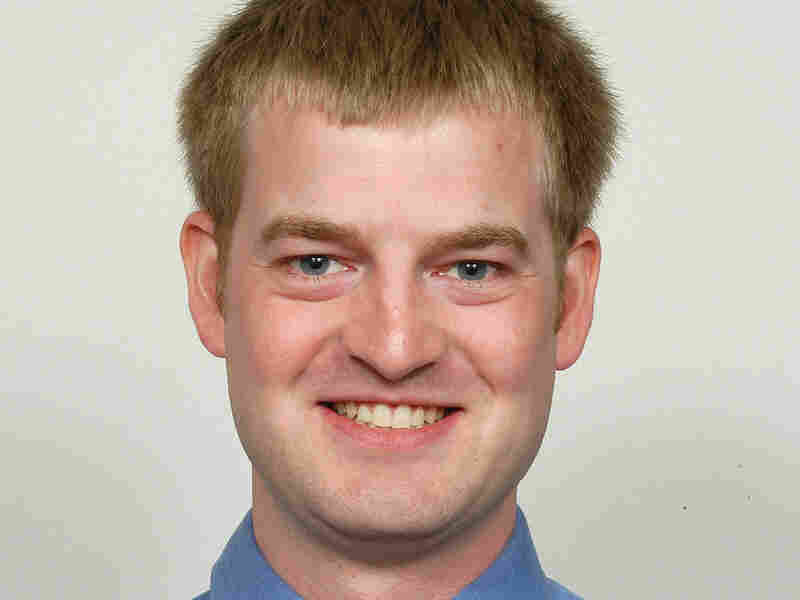 When Dr. Kent Brantly finished his residency in Texas two years ago, he and his family immediately moved to West Africa to help people there. JPS Health Network/AP hide caption 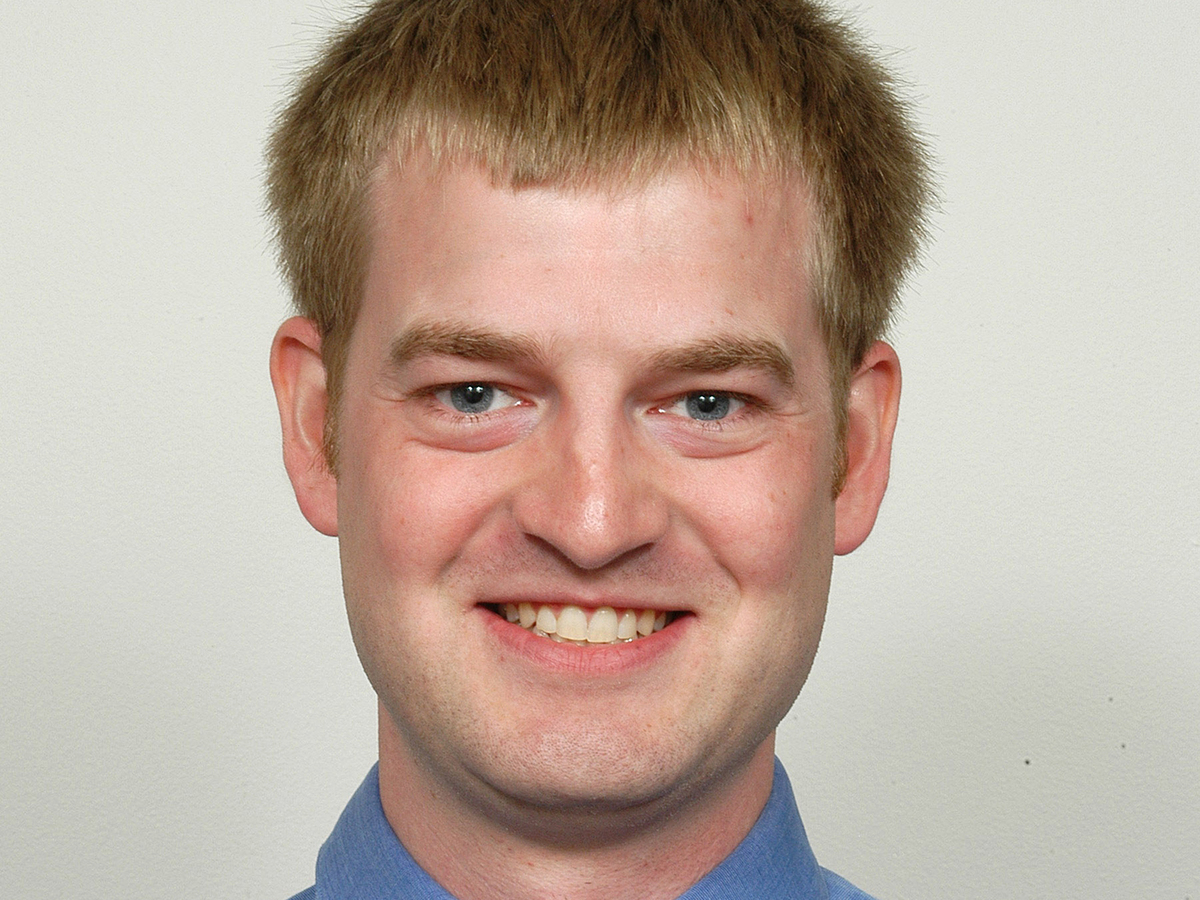 When Dr. Kent Brantly finished his residency in Texas two years ago, he and his family immediately moved to West Africa to help people there.

He immediately put himself into an isolation ward.

"He is still conversing and is in isolation. But he is seriously ill with a very grave prognosis," says Dr. David McRay, of John Peter Smith Hospital in Fort Worth, who spoke to Brantly by phone on Monday.

"Kent is a calm, confident, focused individual, with a deep calling for the work that he's doing," McRay says.

After Brantly completed his residency at John Peter Smith Hospital in 2013, he traveled to West Africa with his wife and two children to work with the Christian aid group Samaritan's Purse.

Many people are infected with Ebola in Africa, and many people are not surviving. And Kent does not see his situation as unique in any way.

Since then, about 1,200 people have fallen ill with Ebola, and more than 670 have died across Guinea, Liberia and Sierra Leone. There's no treatment for the disease, which spreads when people come into direct contact with bodily fluids, such as saliva, blood, diarrhea and vomit.

Brantly knew providing health care in Liberia would be challenging — and that was even before the Ebola epidemic. But caring for people in need, his friends say, was always what he wanted to do.

Even now, Brantly wants people to focus on the larger epidemic, not just his illness, McRay says. "Many people are infected with Ebola in Africa, and many people are not surviving," he says. "And Kent does not see his situation as unique in any way."

Two other members of Brantly's medical team in Liberia also contracted Ebola. One died. The other, American Nancy Writebol, is still sick.

Brantly says he isn't sure how he got infected. He's certain he didn't violate any safety guidelines.

Samaritan's Purse is working with the World Health Organization and the U.S. Centers for Disease Control and Prevention to identify the source of contamination at the ward, says the group's spokesperson, Melissa Strickland.

Brantly was working with nearly two dozen Ebola patients, but Strickland says he followed strict protocols. He covered every inch of his body before entering the Ebola ward in a protective suit. "It would take at least 30 minutes to get that suit on properly," she says.

Although the mortality rate has been about 60 percent in this Ebola outbreak, doctors on the ground say good supportive care early does help. And ideally, Brantly would be evacuated to a hospital in Europe or the U.S., Strickland says. So far that hasn't been possible.

"There are organizations that will not transport Ebola patients," Strickland says, "either because they don't have the isolation protocols in place that would be necessary, or because of the fear of transporting an Ebola patient."

Brantly's family returned to the U.S. last week for a visit, before Brantly began showing symptoms. It's highly unlikely that his family caught the virus from him, the CDC says.