Accessibility links
Atlanta Doctors Gear Up To Treat Two Ebola Patients : Goats and Soda Two Americans infected with Ebola in West Africa are flying to Atlanta. They will be the first patients treated for the disease in the U.S. What's the risk of Ebola spreading during the transport? 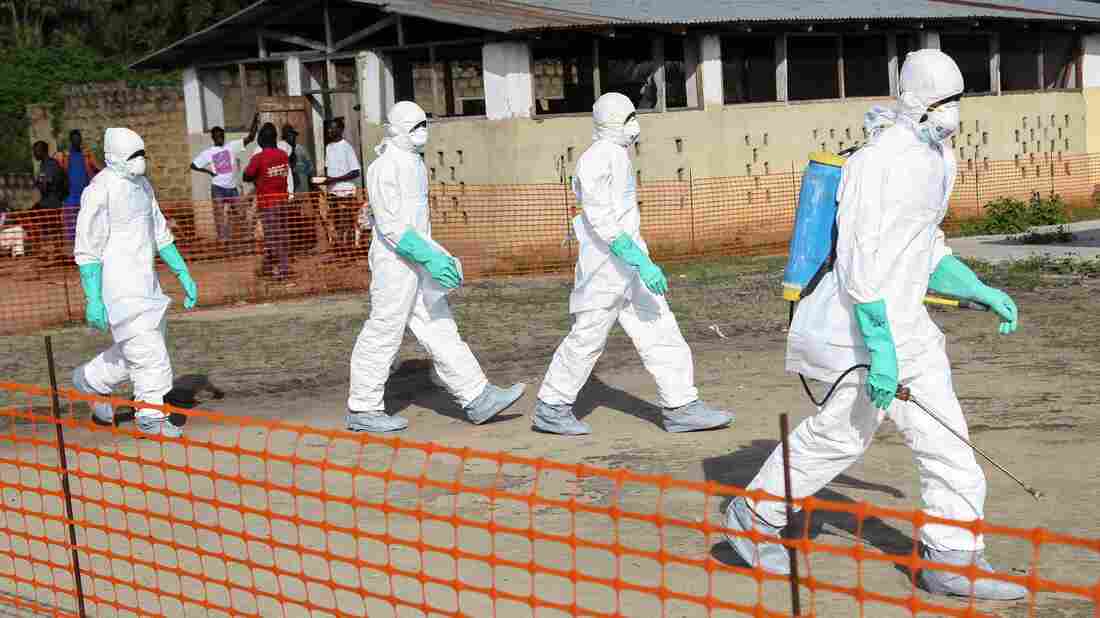 Health workers prepare to bury a woman who died of the Ebola in Foya, Liberia, in July. Ahmed Jallanzo/EPA /LANDOV hide caption 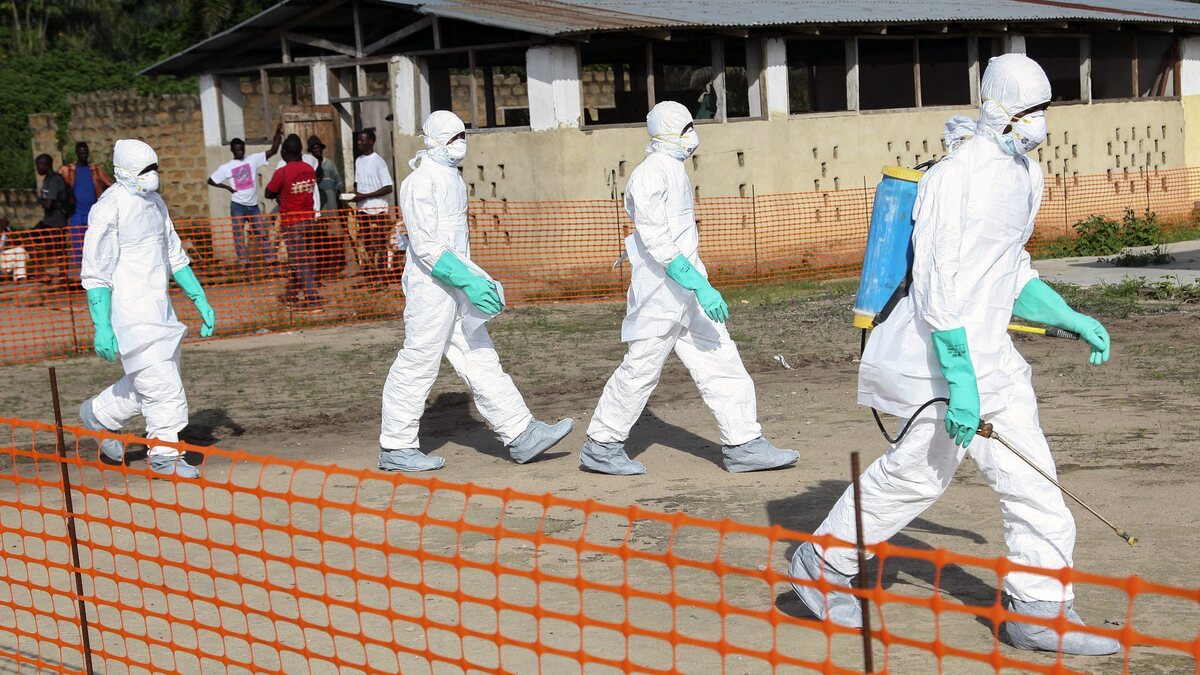 Health workers prepare to bury a woman who died of the Ebola in Foya, Liberia, in July.

A medical transport plane was en route to pick up two Americans sick with Ebola in Liberia, doctors in Atlanta said Friday.

WABE reporter Jim Burress says the aid workers will be transported back to the U.S. in a state-of-the-art containment unit.

This will be the first time doctors will treat somebody for Ebola outbreak in the U.S, they said.

Both people caught the virus while treating patients in the largest and deadliest Ebola outbreak in history. More than 700 people have died in West Africa from Ebola since March.

The aid workers will fly to Atlanta in planes equipped with isolation tents, called Aeromedical Biological Containment Systems. Then they will be treated in a special unit at the Emory University Hospital.

"The first one [patient] will come in the next several days," Dr. Bruce Ribner, who directs the hospital's infectious diseases unit, said at a press conference. "A second patient will be coming a few days after that." 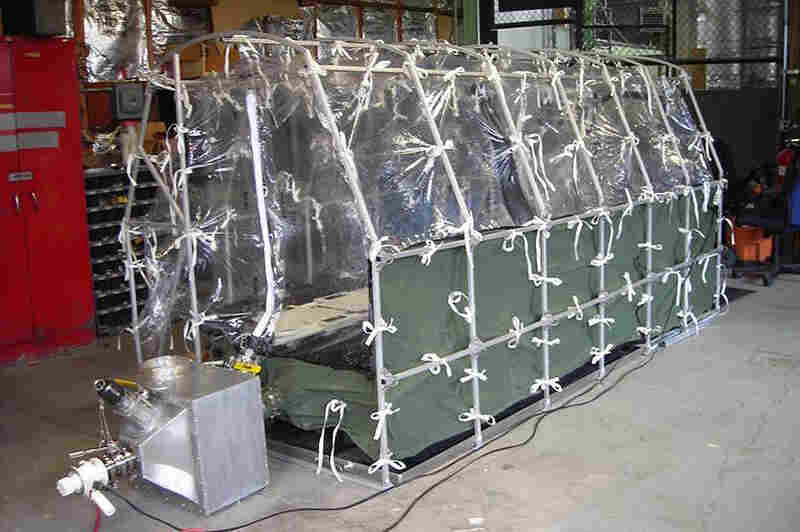 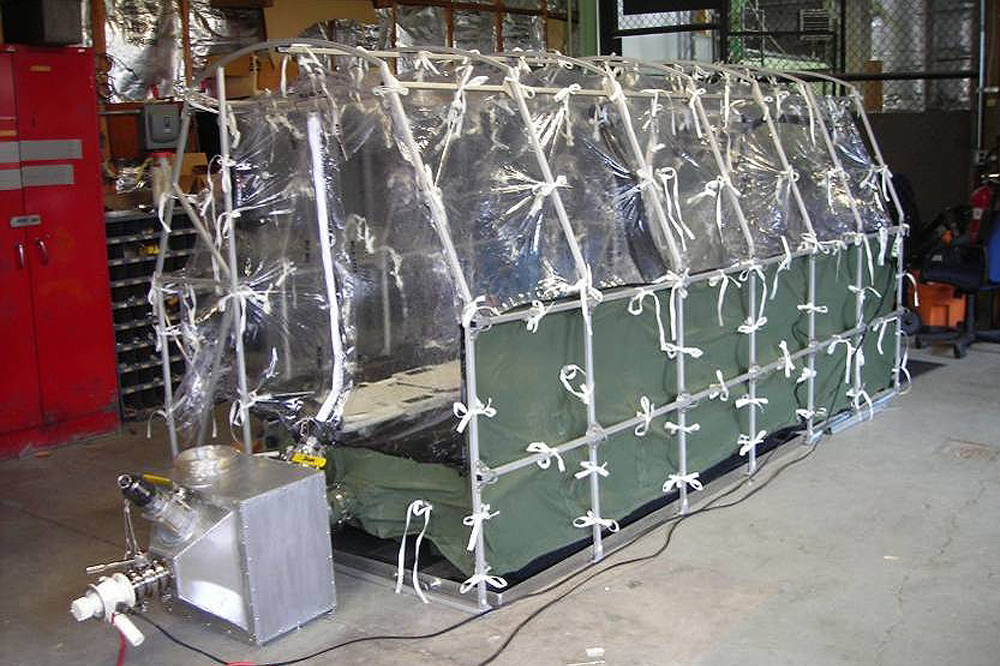 To transport Ebola patients, health workers put an isolation tent inside the plane's cabin. The unit is called an Aeromedical Biological Containment System.

Both patients are in stable condition, Ribner said. He wouldn't give out their names, but he said the Christian aid group Samaritan's Purse had reached out to the hospital for help.

Last weekend, Samaritan's Purse said that two of their aid workers had caught Ebola while helping patients in Monrovia, Liberia. Dr. Kent Brantly, 33, is a general physician trained in Forth Worth, Texas, while Nancy Writebol, 59, is a missionary from Charlotte, N.C.

So why bring these people back to the U.S. when they can get treatment in Liberia?

"We feel they deserve to have the highest level of care offered for their treatment," Ribner said. "They have gone on a humanitarian mission. They have become infected through medical care. ... We have the environment and expertise to safely care for these patients and offer them the maximum opportunity for recovery from these infections."

Many hospitals in the U.S. have wards for isolating patients with Ebola. The Emory hospital is one of only four with a ward that can give these patients any and all treatment they need, including full intensive care.

The special clinic was last used during the SARS outbreak in 2003.

So what's the risk of Ebola spreading during the transport of these patients? Very low, Ribner said.

"Ebola is not spread by some magic mechanism," he said. Like HIV and hepatitis C, Ebola is not transmitted through the air. People have to contact bodily fluids, such as blood, vomit and saliva of an infected person.

"Ebola does not spread by casual contact," the director of the Centers for Disease Control and Prevention, Tom Frieden, told CNN on Friday.

"I know that it [Ebola] creates fear in people," he said. "I really hope that people's fear won't outweigh their compassion.

"We have to focus on stopping the outbreak [in West Africa]," he added. "That means if people who are working on that response get sick, we take care of them."