Accessibility links
Fighting Genital Cutting Of British Girls: A Survivor Speaks Out : Goats and Soda Her family said they were going on a vacation. But Nimco Ali was taken to a woman who performed genital mutilation. Now Ali is helping the more than 100,000 girls in the U.K. possibly at risk. 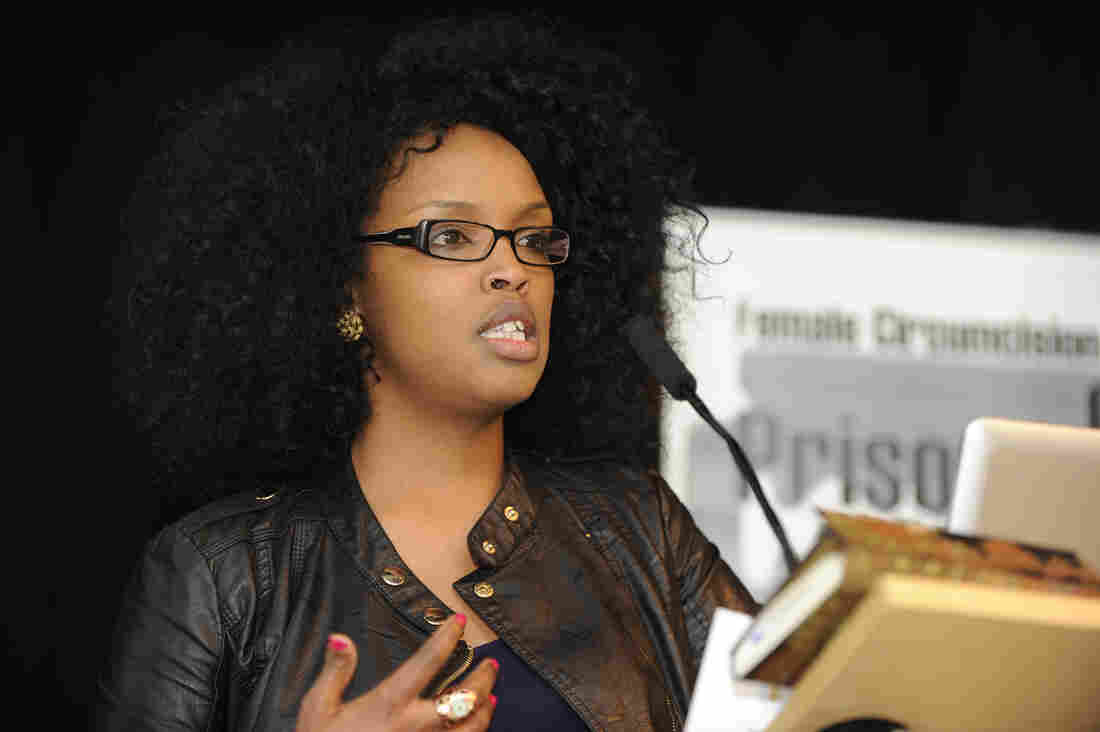 Nimco Ali was 7 when her parents took her Djibouti to have her genitals mutilated. Now the 30-year-old is a leading activist against the practice in England. Courtesy of West Midlands Police and Crime Commissioner hide caption 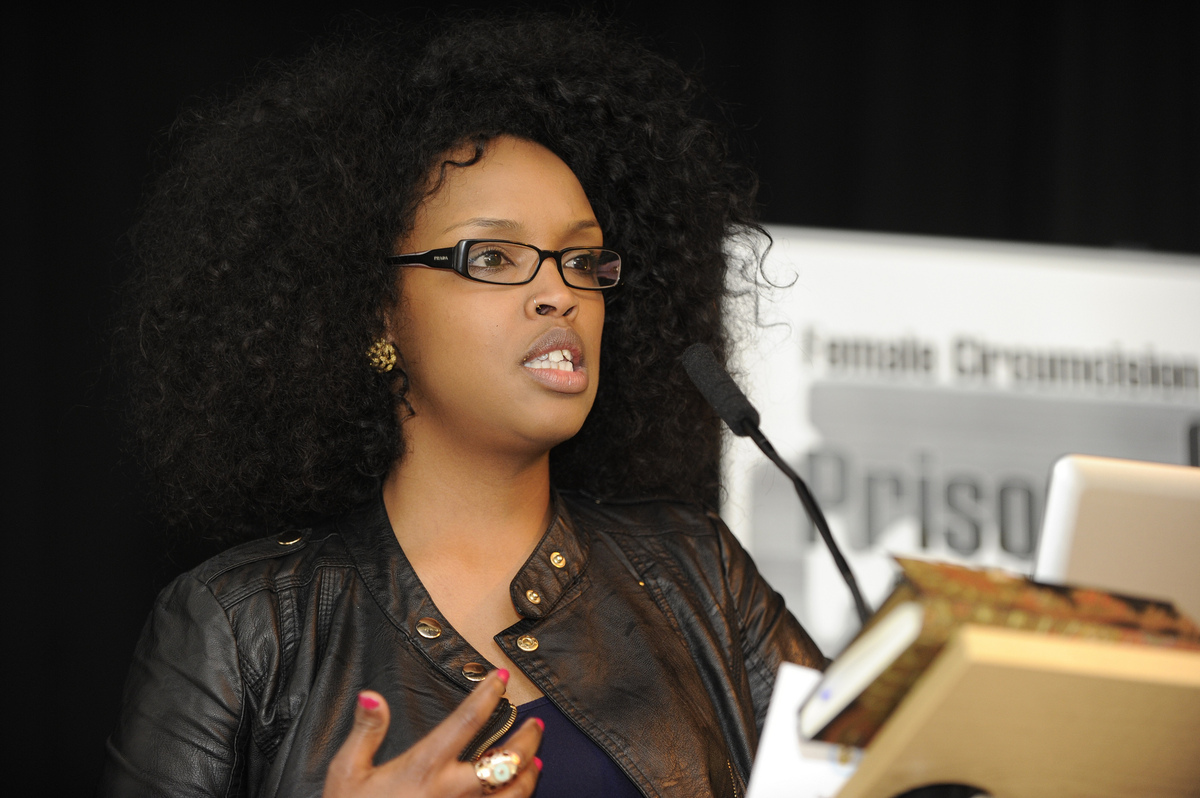 Nimco Ali was 7 when her parents took her Djibouti to have her genitals mutilated. Now the 30-year-old is a leading activist against the practice in England.

When Nimco Ali was 7, she thought her family was going on vacation. They flew from their hometown in Manchester, England, to Djibouti on the Horn of Africa.

Ali doesn't remember the exact location. But she clearly remembers what happened there.

The young girl found herself in a dingy room, with a woman dressed in all black, standing over her. She didn't know what was going on at the time. But she fell asleep. And when Ali woke up, she was confused.

The woman had mutilated her genitals.

Ali is British to the core: She was raised in Britain and went to British schools. But her family is from Somalia — where 98 percent of girls and women have a part of their genitals cut, mutilated or completely removed.

Nimco Ali, cofounder of Daughters of Eve and activist against female genital mutilation

In some places, the practice is still thought of as a rite of passage for women. But health leaders around the world are working to end the abusive practice. Now Ali, 30, is one of several activists speaking out against the tradition. She's also the co-founder of Daughters of Eve, a nonprofit that provides support for women living with genital mutilation and protects young girls at risk.

Even in the U.K., Ali's experience isn't uncommon. A study out of City University London estimates that from 1996 to 2010, about 144,000 girls in England and Wales were born to mothers from countries practicing genital mutilation. Many of these girls may be at risk.

That's why the British government has launched a new health care program to help survivors. Prime Minister David Cameron has also proposed new laws that mean parents could be prosecuted if their daughters are mutilated.

We recently spoke with Ali about what it takes to end female mutilation around the world. She says women like her shouldn't be afraid or ashamed to talk about their own experiences.

Here's an excerpt of our conversation, which has been edited for clarity.

What do you remember from your experience?

We were in Djibouti on holiday, and it was just a normal day. The cutter, who came into the room, looked a little bit scary. I didn't know what she was going to be doing. But I just didn't like what she wore. To me, it was an African interpretation of what a witch would look like. She was all dressed in black, and she wasn't exactly the most cheerful person.

I remember waking up after I had FGM [female genital mutilation], and I was confused. I didn't understand what this was about. And nobody really talked about it after that.

What happened when you returned to England?

I talked to my teacher in order to get some kind of explanation: What was it? Why had it happened? But she just gave me a very flippant answer. She said "this is what happens to girls like you." I didn't even know what "girls like me" meant.

There was no conversation around FGM then. There weren't even conversations around maternal health. It was very much, "Well, we don't want to interfere in your culture. And it's something we don't understand. So let's just leave it."

When did you decide to speak out against FGM?

So I started to work on child protection and tried to get more guidelines [on what legislation should be passed]. It was only in 2010 that I started to talk about my own experience as a survivor. I had educated [myself] and understood why I had FGM — because I was a girl and I was unvalued within that society. I assumed that the mothers of these daughters had figured that out as well. But they hadn't.

And how did people react when you spoke out?

It's only in the last year that I have stopped being threatened by men and people who expect me to stay silent.

I knew I had to say something, so I would give an interview. Then I would have to switch off my phone and go into hiding for a week or two because I knew there would be constant emails and constant phone calls. Even going out would be completely crazy.

Two summers ago, a man from East Africa hit me with a car. It was about this whole thing of me talking about things I shouldn't be talking about. But the only thing I was talking about is my own body. And I have the right to do that.

Now that you've become an outspoken activist, does your family still want you to carry on the practice when you have a daughter?

No. The cycle was broken with my niece and cousin, who are ages 4 and 5.

What are some misconceptions about FGM?

That some of these things happen for a religious or cultural reason. People aren't looking at why it really happens. It's because women are not valued in these countries, and communities want to control them. What happens with FGM is that you're broken as a child, and you're rebuilt as what they want you to be. So it's not about you being free and fearless.

Also, for a long time, people talked about statistics and the medical issues of FGM, rather than the human issues or the psychological and psychosexual issues. Every woman has her own experience.

We do hear a lot about the physical effects. But what are some mental health consequences?

It's the agony of not having answers about something that was so vivid to you — and not being able to talk about it. When a woman becomes fertile, there's the whole issue about her ability to trust and have intimacy. I've been able to get the support and health care I've needed. But for me, it was the guilt of not speaking out sooner and supporting other girls.

How have conversations about FGM changed?

Women who have had the procedure can enjoy a healthy and happy sex life. They can get over FGM. It's not something that defines you. It's something that happened to you. And you can get over it. That's some of the conversation changes I hear in the U.K.