Accessibility links
How A Dissolvable 'Tampon' Could One Day Help Women Stop HIV : Goats and Soda Engineers have come up with an experimental technology that could make HIV prevention as easy as using a tampon. It's based on an ultrafine fabric that's thinner than a human hair. 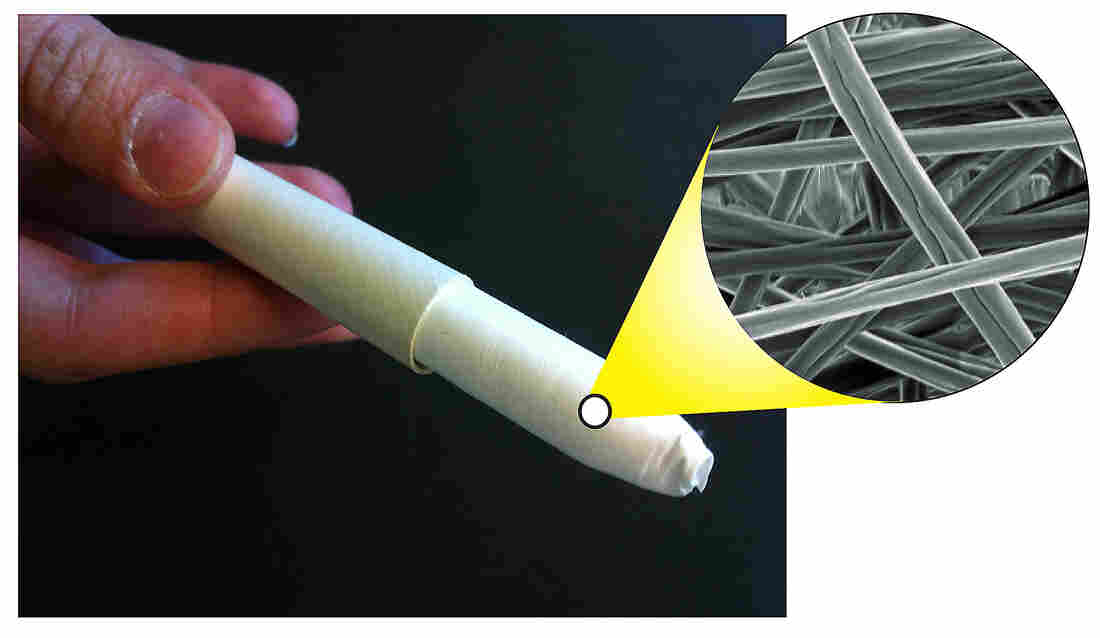 Better than Egyptian cotton: This electrically spun fabric contains anti-HIV drugs and dissolves rapidly when it gets wet. Courtesy of University of Washington hide caption 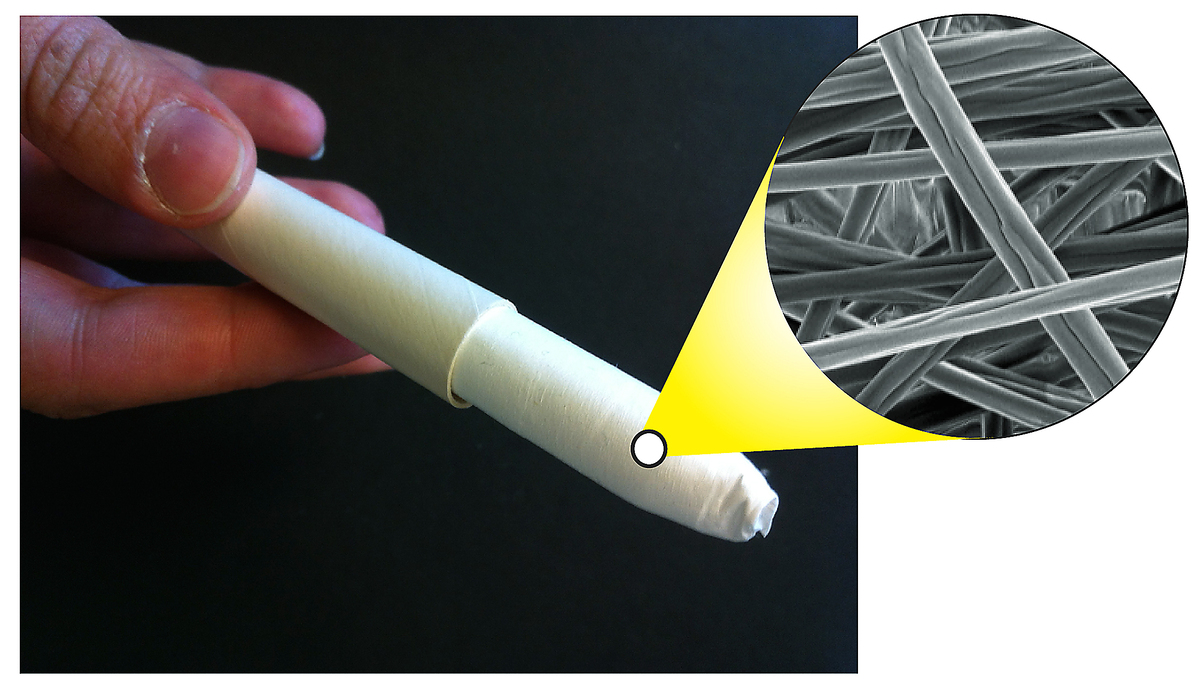 Better than Egyptian cotton: This electrically spun fabric contains anti-HIV drugs and dissolves rapidly when it gets wet.

Courtesy of University of Washington

When it comes to protecting themselves from HIV, women need more options.

About 84 percent of all women diagnosed with HIV contract the virus through heterosexual sex. And right now, the female condom is the only contraception available that stops HIV — and is controlled by the woman. These devices can be hard to find and tough to use.

Now engineers at the University of Washington in Seattle have come up with an experimental technology that may one day make HIV protection for women as easy as using a tampon.

For years, scientists have been developing gels or creams that contain anti-HIV drugs known as microbicides. But these topical ointments can be problematic. They're messy to apply. They can leak. And the medication absorbs slowly, so women have to use the gels or creams at least 20 minutes before sex.

A new delivery method could solve all these problems, say bioengineers Cameron Ball and Kim Woodrow. The secret? An electrically spun fabric.

High concentrations of the microbicide can be interwoven into the fabric, and the material dissolves quickly when it gets wet. So the vaginal tissue is infused with the microbicide within six minutes.

"That means women don't have to apply it far in advance of having sex," Ball says. "There's a race between the anti-HIV microbicide to get to the tissue before the virus does. So the more quickly it dissolves, the better," he says.

Back in June, Ball and Woodrow described this potential delivery mechanism in a paper published in the journal Antimicrobial Agents and Chemotherapy.

Several microbicides that could be used with the material are still undergoing clinical trials. But the fabric is already approved by the FDA, Ball says. It's made from a polymer using nanotechnology.

"It's way better than any Egyptian cotton, high-count fabric that you could find," he says. "Each thread is about 200 times smaller than a human hair."

That gives the fabric great flexibility, so it can be easily shaped in many ways. One option is to fold the fabric into a torpedo-like shape that could go inside a tampon applicator.

But the team also wants to see what kinds of shapes or applicators women around the world prefer. "It's a matter of giving women enough choices and options of what products are available and how they are used," Ball says. "So you meet the needs of as many women as possible."

Ultimately, Ball says, the goal is to combine microbicides and a contraceptive spermicide to make a device that protects against pregnancy, HIV, herpes and other sexually transmitted diseases.

But there's a long road ahead before this technology shows up on drugstore shelves. The next step is testing out the fabric in rabbits and then monkeys. After that, if all goes well, they'll try it out in clinical trials with people.

All of that will take about 10 years, Ball says. But he's still hopeful. With this technology, he says, "we've enabled a whole new round of product design to help with HIV prevention."