Accessibility links
Experimental Vaccine For Chikungunya Passes First Test : Goats and Soda Using a new technology, scientists have created a vaccine for an emerging mosquito-borne virus. The vaccine was safe and produced some degree of immunity in a preliminary study. 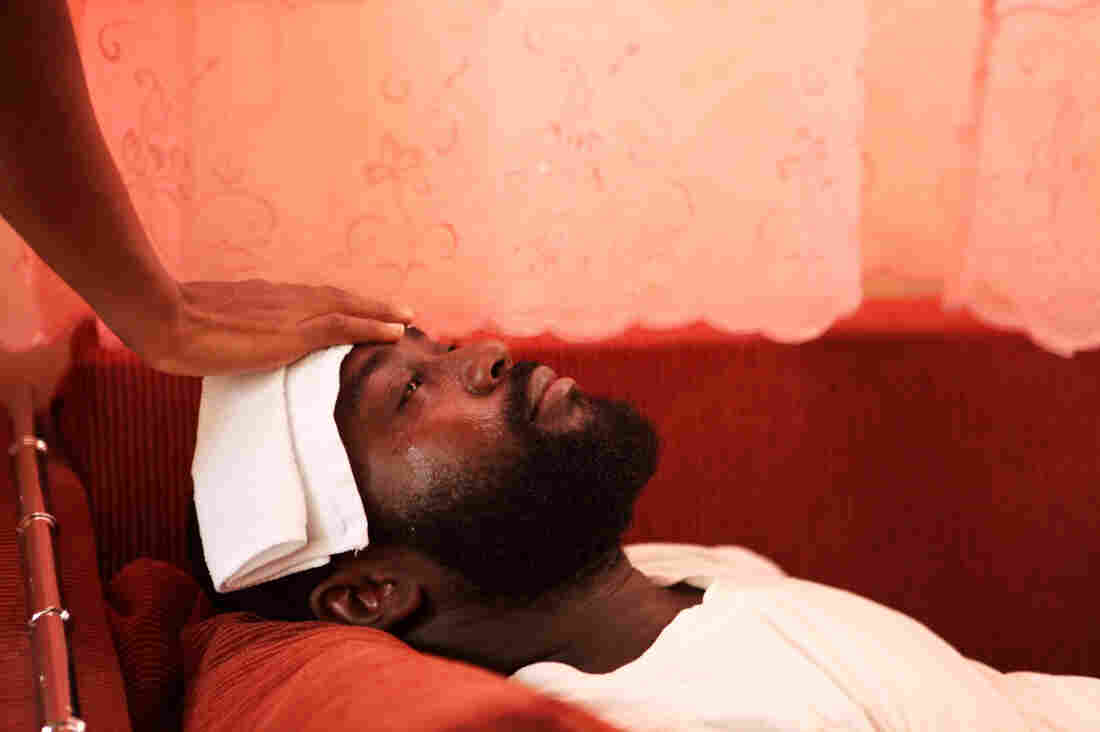 Marqui Ducarme is aided by his wife after catching chikungunya at his home in Port-au-Prince, May 23. The virus swept through Haiti this spring, infecting more than 40,000 people. Marie Arago/Reuters/Landov hide caption 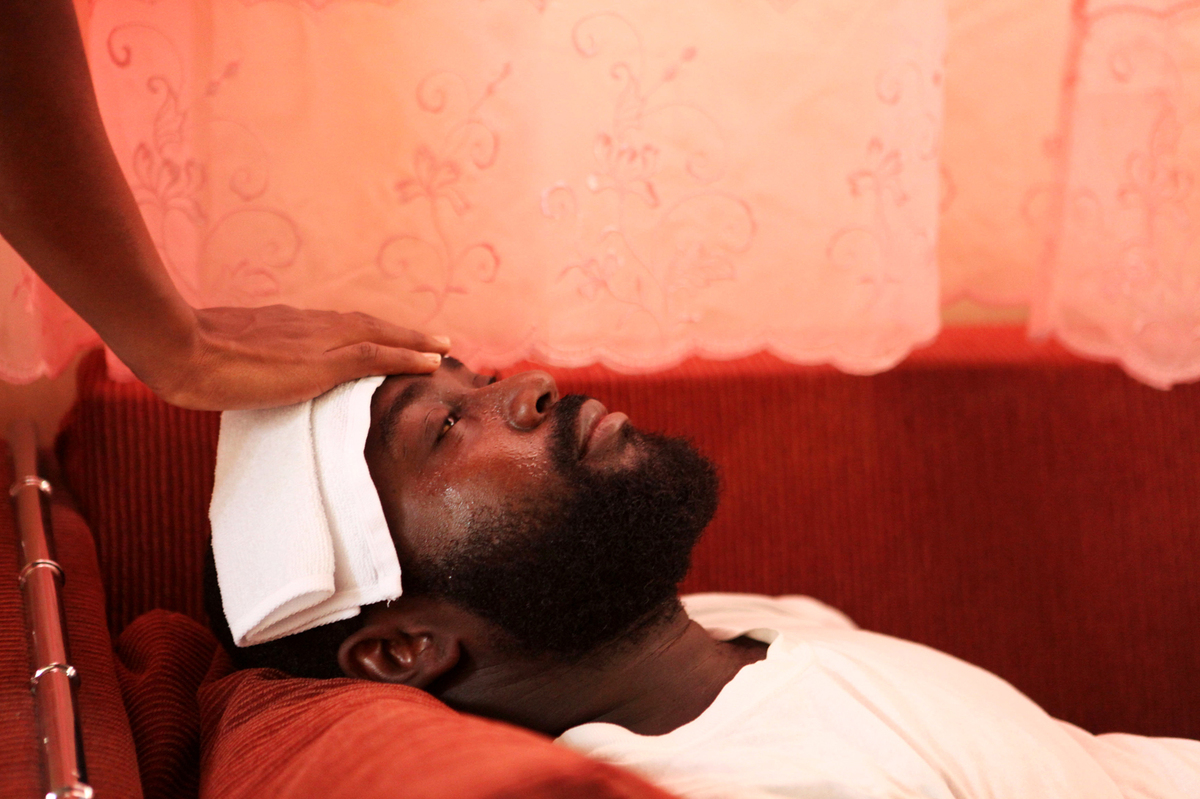 Marqui Ducarme is aided by his wife after catching chikungunya at his home in Port-au-Prince, May 23. The virus swept through Haiti this spring, infecting more than 40,000 people.

Scientists have taken the first steps to developing a vaccine for chikungunya — an emerging mosquito-borne virus that has infected more than a half million people in the Western Hemisphere this year. About 600 Americans have brought the virus to 43 states.

The study was small: Only 25 people were given the experimental vaccine. But the findings are promising. They demonstrate that the vaccine is safe and that it triggers a strong response from the immune system, scientists reported Friday in the Lancet journal.

Until last year, chikungunya was found only in parts of Africa and Asia. Then in December, the virus started circulating on the island of St. Martin in the Caribbean.

From there, chikungunya spread like wildfire. It hopped from island to island in the Caribbean and spilled over into Central America and parts of South America. By July, chikungunya had found its way to Florida. At least four people have caught the virus in Florida. And the state has recorded 138 imported cases. New York state has the second largest number of imported cases, 96.

Chikungunya usually isn't fatal. But it causes a high fever, headache, nausea and extreme joint pain — which can linger for months. And there's no cure or vaccine.

To start filling in that second gap, a team of researchers at the National Institutes of Allergy and Infectious Diseases in Bethesda designed a vaccine using virus-like particles, a new technology. Synthetic particles carry proteins found on the virus's outside shell.

The particles don't contain any of chikungunya's genes, so they're not infectious. But the immune system doesn't realize that. When Dr. Julie Ledgerwood and her colleagues injected the virus-like particles into the muscles of volunteers, their immune systems created antibodies that can stop the virus from infecting cells.

After three injections, the participants had chikungunya antibodies in their blood at concentrations similar to those found in people who had fought off the viral infection. And these antibodies stuck around in the volunteers' blood for at least six months. Those findings suggest that the vaccine could give long-term protection.

But Ledgerwood and her team won't know if that's true until they test the vaccine in more people and see how effective it is at stopping an infection.

Overall, the experimental vaccine was well tolerated by the volunteers. Nine out of the 25 developed tenderness where the shot was given, and 10 volunteers reported tiredness, nausea or headaches after the vaccine. But in general, the shot was safe.

This experimental vaccine isn't the first for chikungunya. Back in the 1980s, a team at the U.S. Army Medical Research Institute of Infectious Diseases created a vaccine with a live, weakened version of the virus. That vaccine completed a phase 2 clinical trial. But scientists halted its development because there wasn't enough funding.