Accessibility links
Riot Erupts Over Ebola Quarantine In Liberia : Goats and Soda Covering protests over an Ebola quarantine, NPR photographer David Gilkey found himself in the middle of a riot. He says he doesn't know what was scarier: the bullets or the health risks.

People were screaming and throwing rocks. The police were firing shots and hitting protesters with their batons. A riot had started in the slum neighborhood of West Point, in the Liberian capital of Monrovia.

"A riot is tough enough without knowing that you're in an Ebola-infected neighborhood," says NPR photographer David Gilkey, who was in West Point when it began.

West Point is where angry residents rushed into an Ebola holding center on Saturday night; the 17 patients were suspected of having the virus. The assailants resented that they weren't getting information about the facility and that people from outside their neighborhood were being brought in. They screamed at the patients, telling them to leave.

Fearful that these individuals might indeed have Ebola and might have infected others, the government quarantined the densely populated West Point neighborhood this morning. The roughly 70,000 residents awoke to find themselves blocked in by checkpoints and a buffer zone. The quarantine is intended to stay in place for 21 days — the maximum time it takes for new infections to become apparent.

Then police escorted in a government minister whose children live in West Point; she wanted to bring them out. That was the trigger for today's riot, reports NPR producer Nicole Beemsterboer.

Photographers Gilkey and Tommy Trenchard, also working for NPR, captured the chaos with their cameras. Gilkey also shared his impressions of the experience. 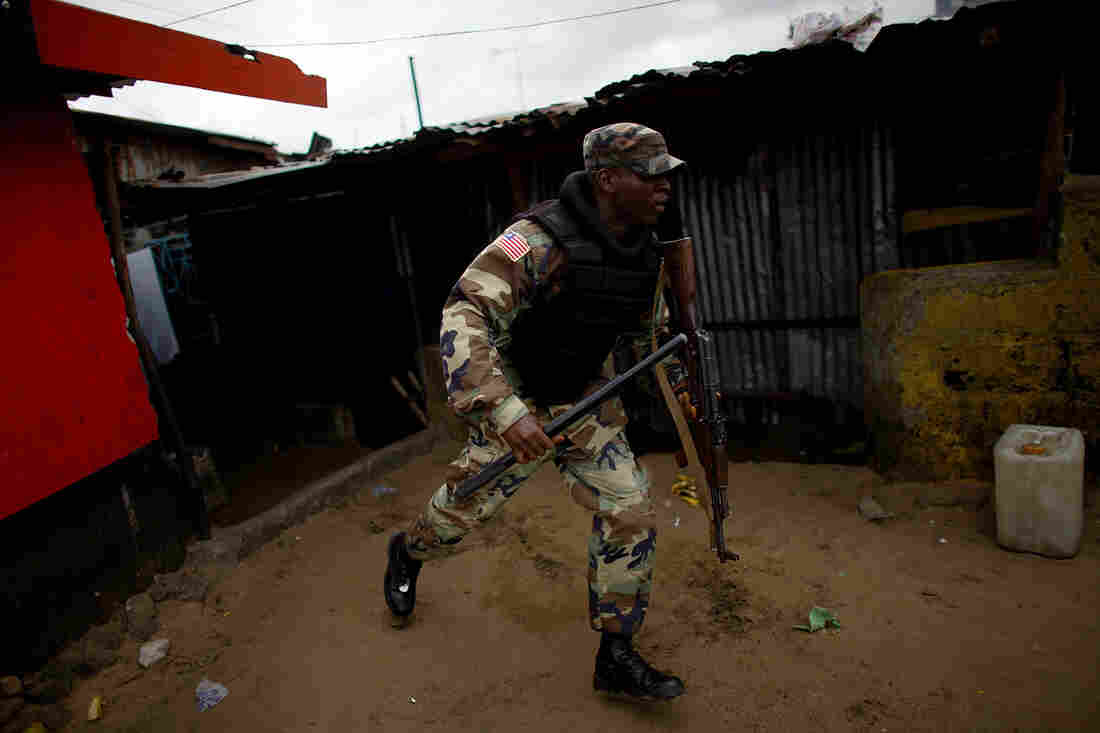 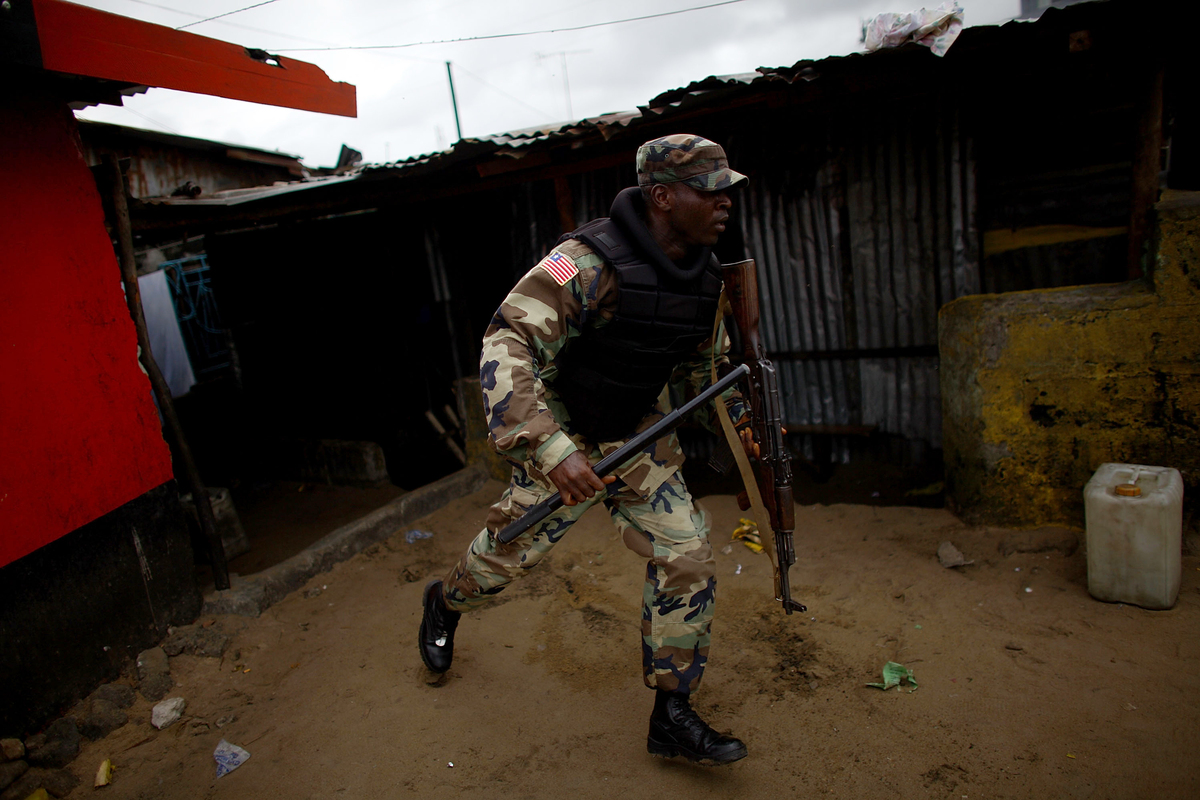 How are you feeling?

A little amped up. It's just crazy. You think about covering a riot or a very tense situation. Imagine what's been going on in Missouri. Now add Ebola.

How did the people of West Point feel?

They were confused why they were being kept inside, wanted to know why they couldn't leave. The quarantine happened overnight, so they awoke to being locked into their neighborhood.

What's it like photographing in this kind of situation?

You always have to be careful when you're in a tense situation like that. It's not like you just run around taking pictures at will. You have to be careful to not inflame the situation, which you could easily do by sticking a camera in someone's face. You sort of take a step back.

What's scarier, the bullets and violence or the threat of Ebola?

I've been in riots all over the world. You have to really, really pay attention to what's going on and know which direction people are going, which way you can get out. But it's just a really different situation, because in this particular case people are running and screaming and bumping into you, and any one of them could have Ebola. And the last thing you want to have happen is that you trip and fall and cut yourself. Or you get hit in the head with a rock and now you have an open wound.

The strangest thing to me about this whole thing is that you're dealing with something invisible. It just preys on your mind all the time.

So you can't really escape Ebola because you don't know where it is?

Exactly. The only thing I can compare it to is working in Afghanistan with land mines. You know when you go out on a patrol in Afghanistan, there's the risk of stepping on a land mine. And yet you go because you're there to cover the story. And you hope you're not the one that steps on a mine or you're not near a mine when somebody else steps on it. But you don't know where the mines are. And you can't change that. So you somehow put your fear on the side and go forward.