Accessibility links
In Riots Sparked By An Ebola Quarantine, A Teen Is Shot And Dies : Goats and Soda Protesters were on the move. Soldiers fired. A teenage boy suffers wounds to both legs. For half an hour, no one could find an ambulance and no one came to care for him.

In Riots Sparked By An Ebola Quarantine, A Teen Is Shot And Dies

In Riots Sparked By An Ebola Quarantine, A Teen Is Shot And Dies

A teenage boy should not die from gunshot wounds to his legs.

But that was the fate of 16-year-old Shacki Kamara.

This week, people in the neighborhood of West Point were angry that they'd been quarantined — a government step to prevent the spread of Ebola to other parts of Monrovia, the capital city of Liberia. On Wednesday, crowds of protesters tried to get past the checkpoints. 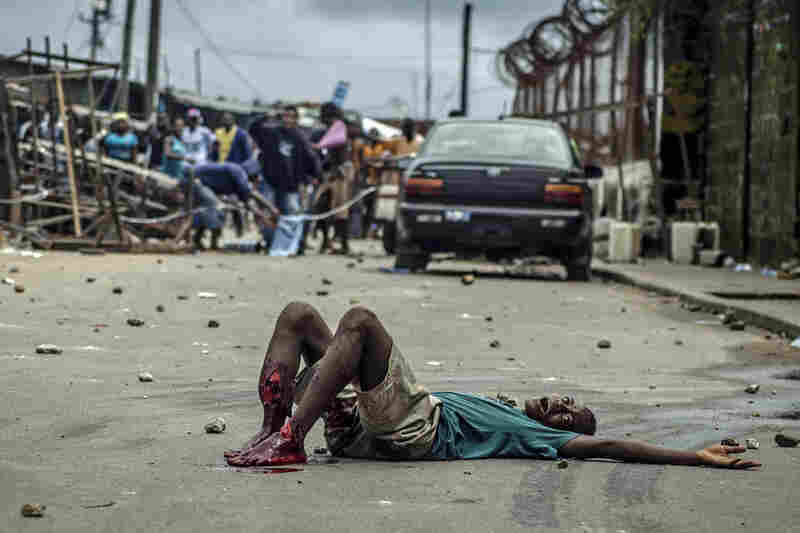 Shacki Kamara lies on the ground with bullet wounds in his legs and cries for help. Tommy Trenchard for NPR hide caption 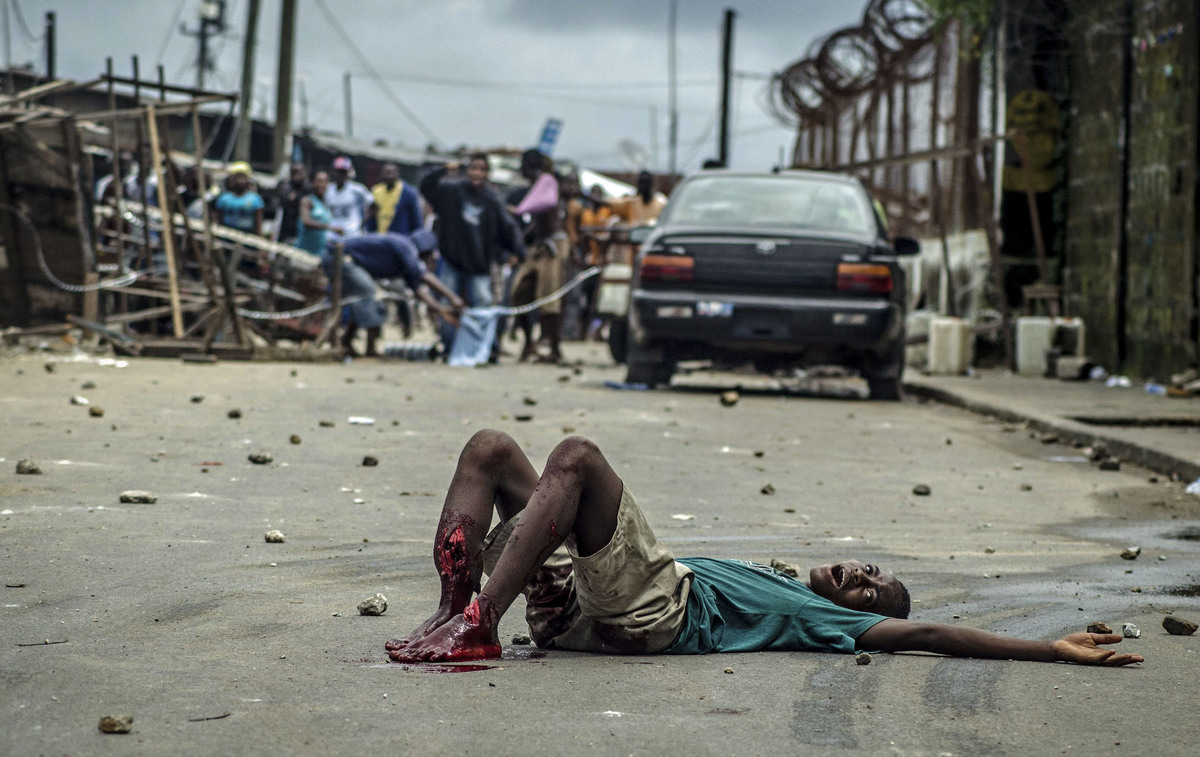 Shacki Kamara lies on the ground with bullet wounds in his legs and cries for help.

The teen was screaming, crying for help. Photographer Tommy Trenchard was on the scene, covering the story for NPR. He took a picture of Kamara, then tried to get an ambulance to come. Trenchard called people he knew in Monrovia. They told him that even before Ebola struck, the country's health care system was a shambles. They didn't know how to find an ambulance.

After a half-hour, an army medic arrived to treat the wounded teenager.

He was eventually taken to Redemption Hospital, where he died yesterday. Dr. Mohammed Sankoh, the hospital's medical director, told The New York Times that the cause of death was severe loss of blood and body fluids.

Liberia's Defense Minister Brownie Samukai had a different perspective. He said, "It was not a bullet that went down there. ... Due to the stampede he fell, and that's how he got wounded."

In Liberia, An Ebola Quarantine Descends Into Riots

The people of West Point do not believe the government's story.

Either way, it is clear: A teenage boy should not die from a leg wound. But that's what happened in West Point this week. The story shows how Ebola can claim the lives of Liberians even if they are not infected by the deadly virus.

Editor's Note: An earlier version of this post had a different spelling for the shooting victim's name and said he was 15. His family subsequently corrected the spelling and stated that he was 16.

Shacki Kamara died not of hypothermic shock, as stated in an earlier version of this post, but of hypovolemic shock, a severe loss of blood and other fluids that can cause organs to stop functioning.