Accessibility links
How Ebola Kills You: It's Not The Virus : Goats and Soda Ebola has a nasty reputation for damaging the body, especially its blood vessels. But when you look at the nitty-gritty details of what happens after a person is infected, a surprising fact surfaces. 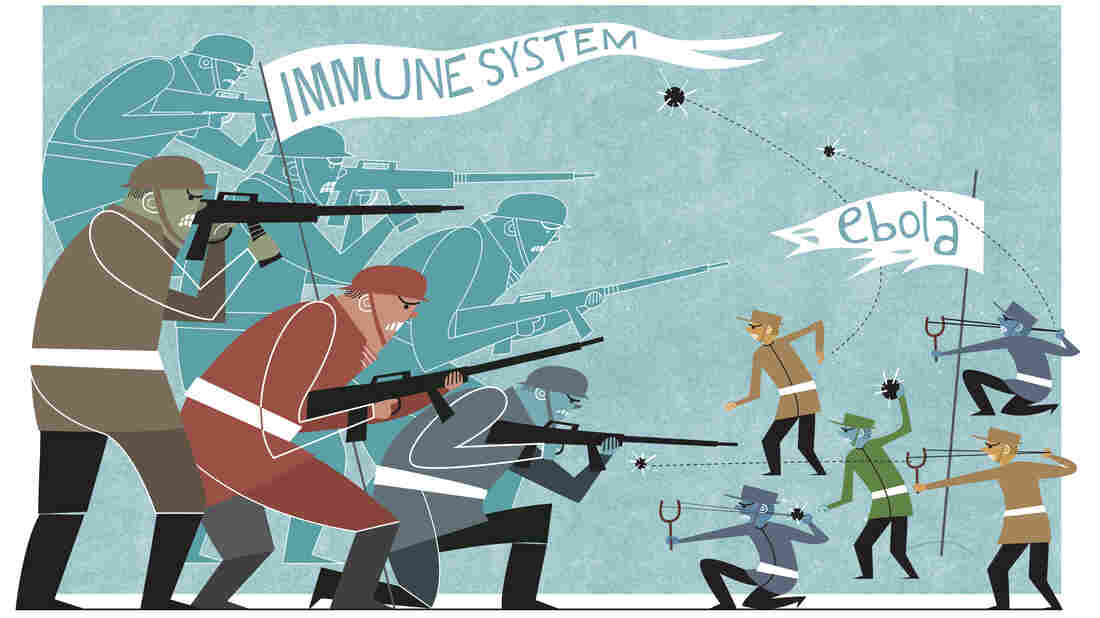 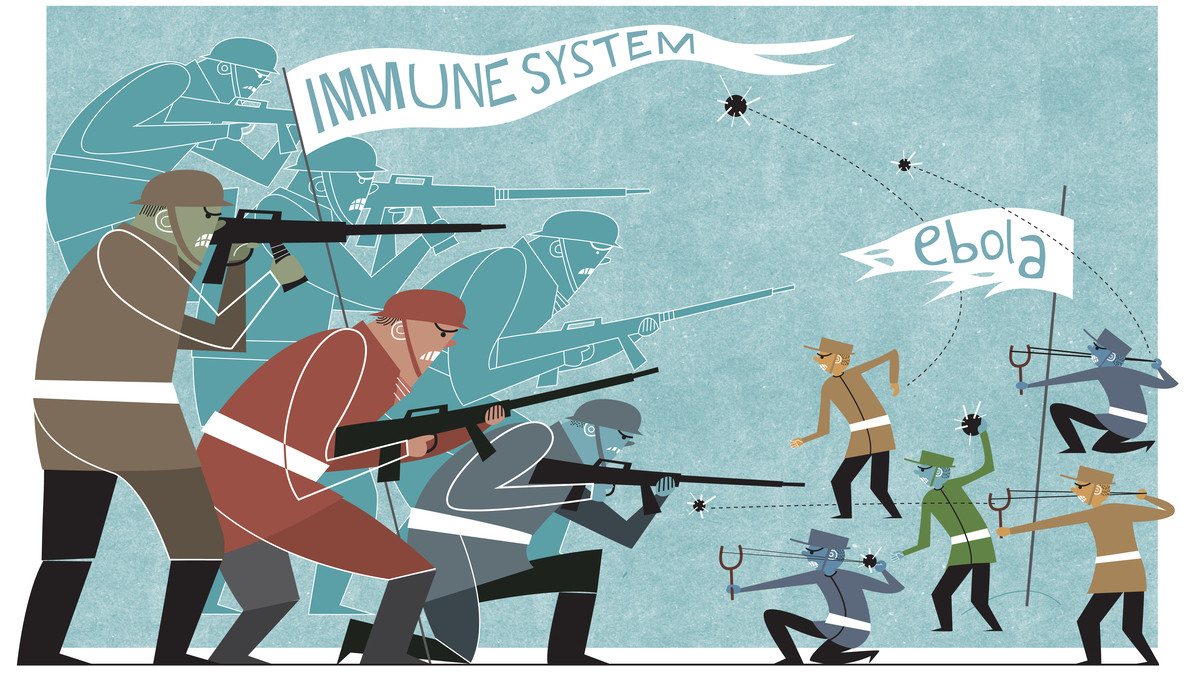 Ebola has a nasty reputation for the way it damages the body. It's rightfully earned.

"At the end stage of the disease, you have small leaks in blood vessels," says Thomas Geisbert, an immunologist at the University of Texas Medical Branch at Galveston. "You end up with essentially no blood pressure. Your body temperature drops and you go into shock."

The Dread Factor: Why Ebola And 'Contagion' Scare Us So Much

But when you look at the nitty-gritty details of an Ebola infection, a surprising fact surfaces: The virus isn't what ends up killing you. It's your own immune system.

"The normal job of the immune system is to eliminate infections," says virologist Christopher Basler, at the Mount Sinai Hospital in New York City. "But when it's activated at extreme levels or it's out of control, it becomes damaging to the host."

The most extreme immune attack is the "cytokine storm." Although many viruses, like bird flu and SARS, can trigger this shock and awe assault, Ebola is probably the best at it. And at the end of an Ebola infection, it's the cytokine storm that kills you, Basler says.

Immune cells use cytokines to communicate with each other. Cytokines are small molecules released by cells into the blood. And they can trigger a cornucopia of activities. Cytokines can make immune cells rush to the site of infection, gobble up sick cells and even sneak through blood vessel walls. Cytokines can also activate inflammation, which causes damaged tissue to swell, heat up and hurt.

In essence, a cytokine storm is an SOS signal that causes the immune system to launch its entire arsenal of weapons all at once. This last-ditch, kamikaze attack hurts the virus. But it leaves behind tons of collateral damage. Blood vessels take the brunt of it.

The storm also triggers a big release of nitric oxide, which thins out the blood and damages vessels further.

All these factors combine together to reduce blood pressure to dangerous levels, Geisbert says. "So you don't die of blood loss, but from something similar to severe septic shock."

So how does Ebola trick the immune system into launching the cytokine storm?

To answer that, we have to back up to the moment when the virus enters the blood. Ebola immediately zeroes in on and infects cells of the immune system, says virologist Gaya Amarasinghe, of Washington University in St. Louis.

One target is dendritic cells. During less dangerous infections, say from a cold, dendritic cells gobble up the virus and then instruct other immune cells to make antibodies tailored specifically to this particular virus.

The antibodies then stick onto the virus' surface and stop it from infecting more cells. This is how we clear out viruses from our blood.

But Ebola is way more sophisticated than a cold. Ebola tiptoes quietly into dendritic cells and essentially shuts off their alarm system. So the immune system doesn't know it should make antibodies to Ebola.

The body is left wide open, with no protection. Then Ebola starts copying itself like crazy, Amarasinghe says. "Multiple viruses can even invade a single cell," he says. "HIV can't even do that."

All hell breaks loose in the blood. The virus grows uncontrollably and infects many organs. Eventually, cells start dying and exploding.

"There's lot's of premature cell death and destruction," Amarasinghe says. So you get necrotic tissue. Dying cells release all their contents into the blood. And these signals eventually trigger the "cytokine storm," he says.

"The immune system is doing way more damage than good at this point," Amarasinghe says. In other words, our bodies' response to Ebola is often too too much, too late — and frequently fatal.