Accessibility links
Tom Frieden's Ebola Assessment: The Risk Is Increasing : Goats and Soda In an exclusive interview with NPR, the head of the Centers for Disease Control and Prevention shares his impressions from a visit to West Africa. 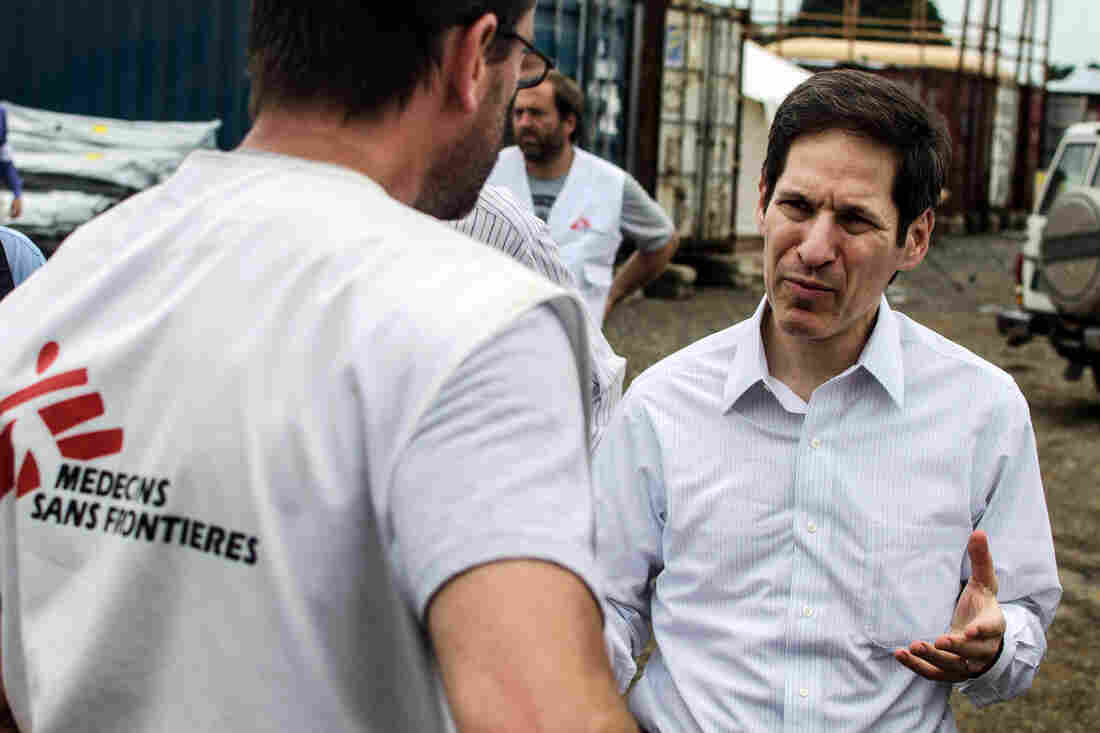 Dr. Tom Frieden, director of the CDC, talks with staff from Doctors Without Borders during a visit to the nonprofit group's newest Ebola treatment center in Monrovia, Liberia. Tommy Trenchard for NPR hide caption 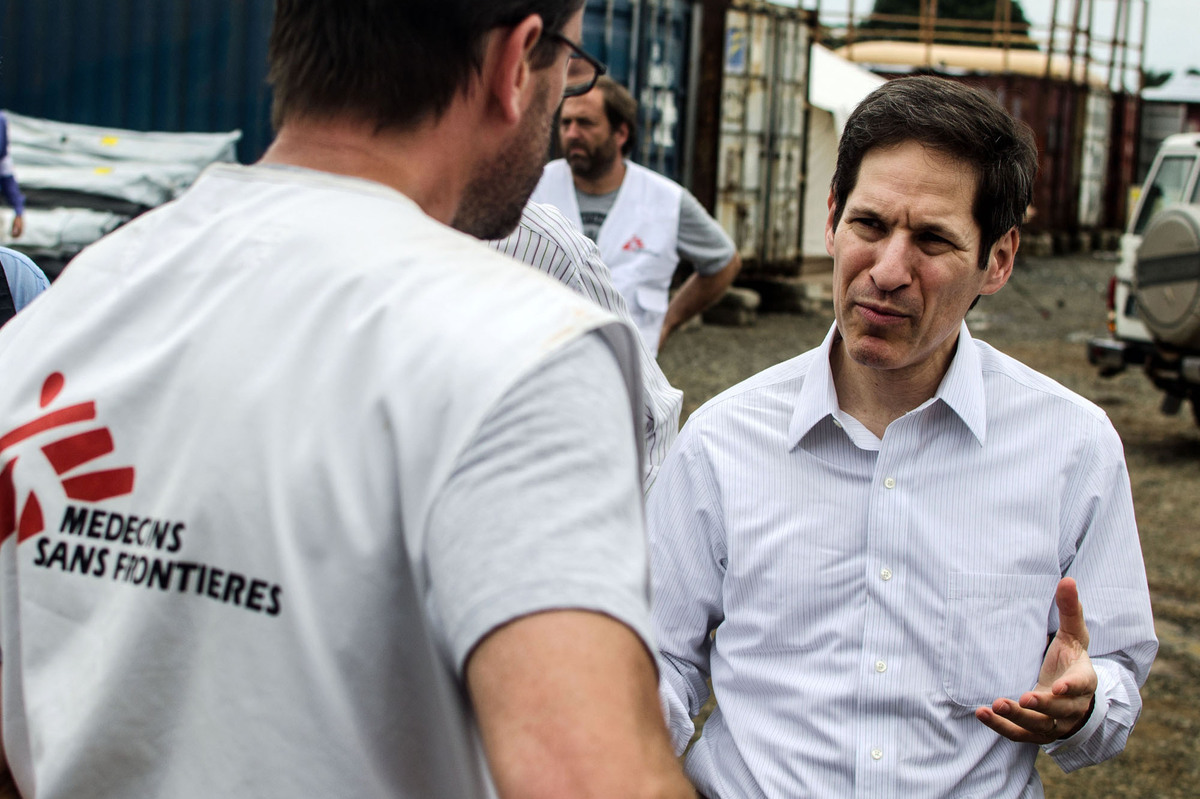 Dr. Tom Frieden, director of the CDC, talks with staff from Doctors Without Borders during a visit to the nonprofit group's newest Ebola treatment center in Monrovia, Liberia.

The Ebola outbreak has crippled local health systems. It's flooded wards with patients, killed doctors, scared away medical staff and forced some hospitals to shut down entirely.

That's the grim assessment of Dr. Tom Frieden, head of the U.S. Centers for Disease Control and Prevention, who's visiting West Africa this week for a firsthand look at the situation. Frieden spoke to Goats and Soda by cell phone as he was traveling by car from the hard-hit eastern Sierra Leone city of Kenema back to the capital, Freetown.

Frieden says there's now a vicious cycle around Ebola in Sierra Leone and Liberia, which is amplifying the spread of the disease. "More cases are leading to less adequate management of each case, which is leading to more cases," he says. "That cycle has got to be broken for us to stop this."

The best hope lies in a new $489 million plan proposed by the World Health Organization, with the goal of stopping Ebola transmission within nine months. The ambitious plan would deploy hundreds of international experts and thousands of local medical staff. But first, Frieden stresses, the money has to be raised.

Meanwhile, the bad news is mounting. "The number of cases is spiraling upward," he says. "There's an urgent need to get patients into isolation and start to get better control of the disease."

But there aren't even enough isolation beds for current Ebola patients, and the World Health Organization predicts that the outbreak will get far worse before it gets better. So far, WHO says, over 3,000 people have been infected with the virus this year and roughly half have died. WHO estimates that some 20,000 people could fall ill with Ebola before this current outbreak is over.

"This is a threat not just to West Africa and to Africa, this is a threat to the world," Frieden says, emphasizing the need to fund WHO's effort. Every day the outbreak continues "increases the risk of spread to other countries."

West African health departments don't have the staff, training or equipment to control this disease on their own, Frieden says. That means the international community must pick up the pace of its response to the crisis.

"Literally every day that we don't make more progress controlling the outbreak," Frieden says, "is another day that the outbreak will not just continue — but grow much larger."