Accessibility links
In The County Where Ebola First Struck Liberia, A Cry For Help : Goats and Soda The virus reportedly crossed the border from Guinea into lush Lofa County in March. Health workers risk their lives to care for the sick — and are "flabbergasted" at the lack of international aid. 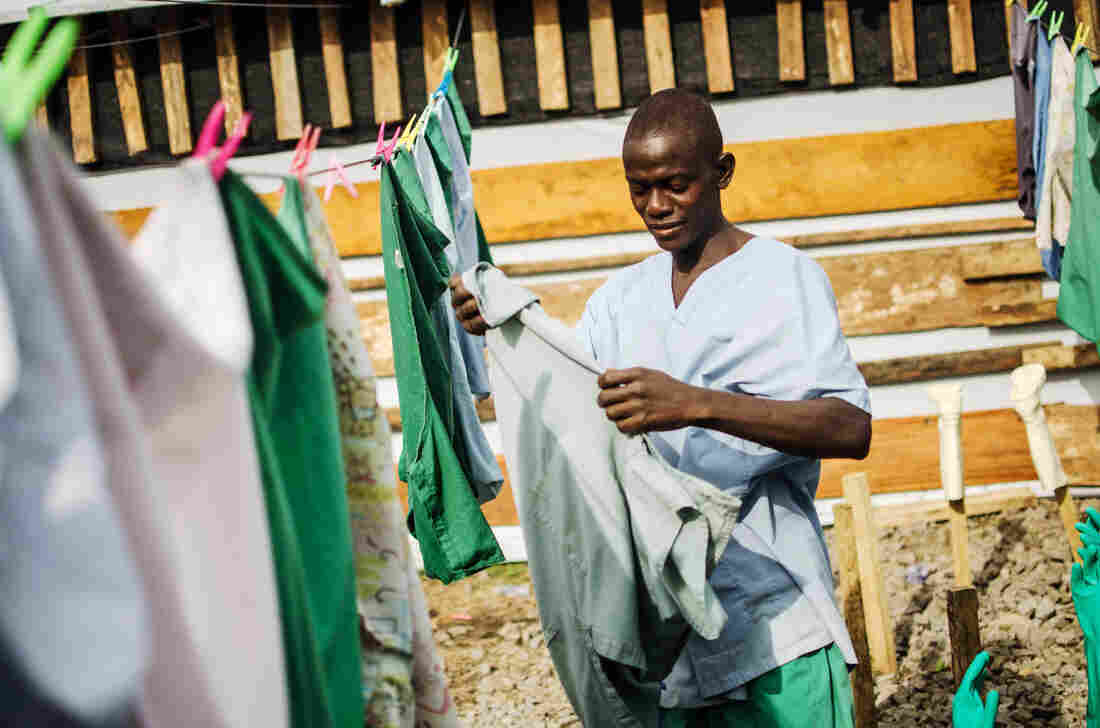 Morris Nyumah wanted to help his country fight Ebola, so he signed up to work as a hygienist at the Doctors Without Borders care center in Lofa County. Tommy Trenchard for NPR hide caption 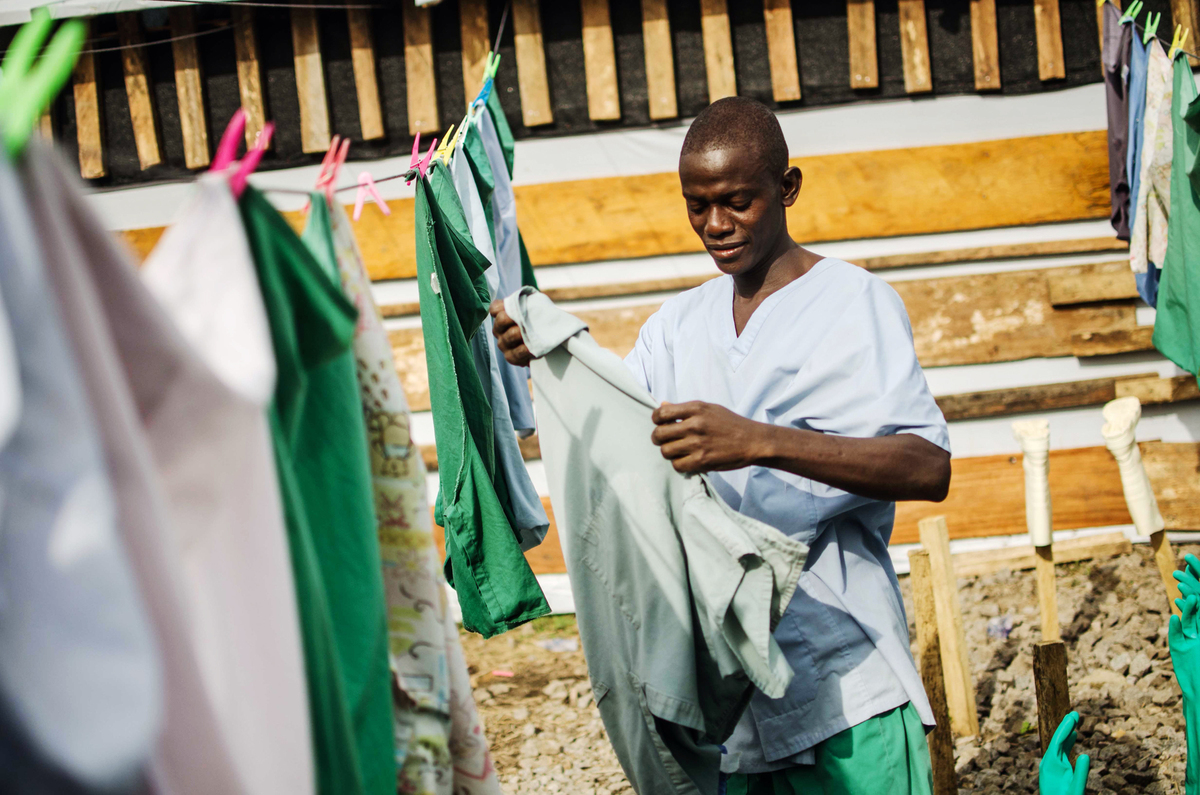 Morris Nyumah wanted to help his country fight Ebola, so he signed up to work as a hygienist at the Doctors Without Borders care center in Lofa County.

Lush and green, Lofa was once the breadbasket of Liberia. But farming has slowed in the northern county. The reason is Ebola.

The virus reportedly first landed in Liberia when an infected person crossed the border into Lofa County from neighboring Guinea in March.

Doctors Without Borders is there to care for the sick.

"We see the situation getting worse and worse, entire communities and families getting affected," says Sebastien Vidal, field coordinator for the aid group, which has erected a tent hospital to care for Ebola patients and suspected cases. "We have been burying families daily. And the suffering children are alone — orphans living in our centers. It's obvious this is getting out of control ... and still nothing is happening."

Dr. Masood Jivadi has been at the center for three weeks. He tells the story of one family: "So the mother was sick, then his sister took care of her. Then she got sick. Then he interacted with his sister, and then he has been sick recently."

The staff at the medical center are trying to do a better job on the human side.

"We've really ... ramped up efforts to ... explain things to the patients, so they don't just come in here and feel like they're in some kind of foreign planet," he says.

But the task of caring for the Ebola patients is overwhelming. Vidal says he's infuriated by the lack of international action: "Honestly, I'm flabbergasted."

Vidal as good as accuses West Africa's global partners of failing the region in its fight against Ebola, which has rampaged through Guinea, Sierra Leone and Liberia, with cases reported in Nigeria and Senegal.

Reporting From The Site Of The Ebola Outbreak's Origin Sept. 6, 2014

"We see that Western countries are preparing themselves in case they have one or two cases," Vidal says. "This is not acceptable. You just cannot let a whole continent become infected and people die by hundreds. People are giving advice, talking and talking, but we don't need advice. We need people on the ground doing the job like us. Please come."

Toward the end of yet another tiring day, staff members undress — carefully removing protective clothing: yellow spacesuits, giant aprons, boots and goggles. They've been in the high-risk zone — caring for Ebola sufferers. Many of the people killed by the virus have been Liberian health workers.

And many of the workers at the center are local people. Hygienist Morris Nyumah, wearing a sky-blue uniform, still has marks around his eyes where he removed his goggles. Nyumah tells NPR why he wanted to work with Doctors Without Borders:

"I decided to join because this is our nation, and future leaders were dying. So we were determined to involve ourselves for the future leaders to survive."

To clarify what he means, I say: So you're saying future leaders of Liberia were dying of Ebola, that's why you decided to give your help?