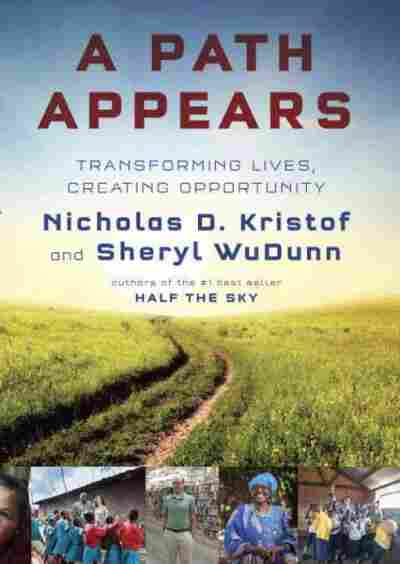 by Nicholas Kristof and Sheryl Wudunn

Everyone wants to "make a difference" but with an overwhelming array of charitable causes and organizations, the question is: how? Journalists Nicholas Kristof and Sheryl WuDunn set out to find the answer in their new book, A Path Appears.

They profile a nurse in West Virginia who helps a teenage mother through the tough early days of parenting. And they tell the story of a woman in Africa who gets a small loan and starts a business that supports her family.

Kristof and WuDunn join NPR's Lynn Neary to talk about their pragmatic guide to facing some of the world's seemingly insurmountable challenges.

Nicholas Kristof: I spent several decades covering these stories and, over that time, you really do see progress ... especially internationally, vis-à-vis poverty. I mean, when I first traveled around in Africa, for example, I was really struck by the blindness everywhere. River blindness, trachoma, so many middle-age people who were unproductive and could not help. In these days, because of the work of Jimmy Carter on river blindness and trachoma, and so many others, middle-age, young people are not going blind anymore. So it sure feels to me as if there's progress, but we just need to accelerate that.

Sheryl WuDunn: I think it's important to remember, I mean, for centuries, we've had extreme poverty. But now, it is at the point where 20 percent of the world's population is in extreme poverty and, actually, eradication of poverty is within sight. 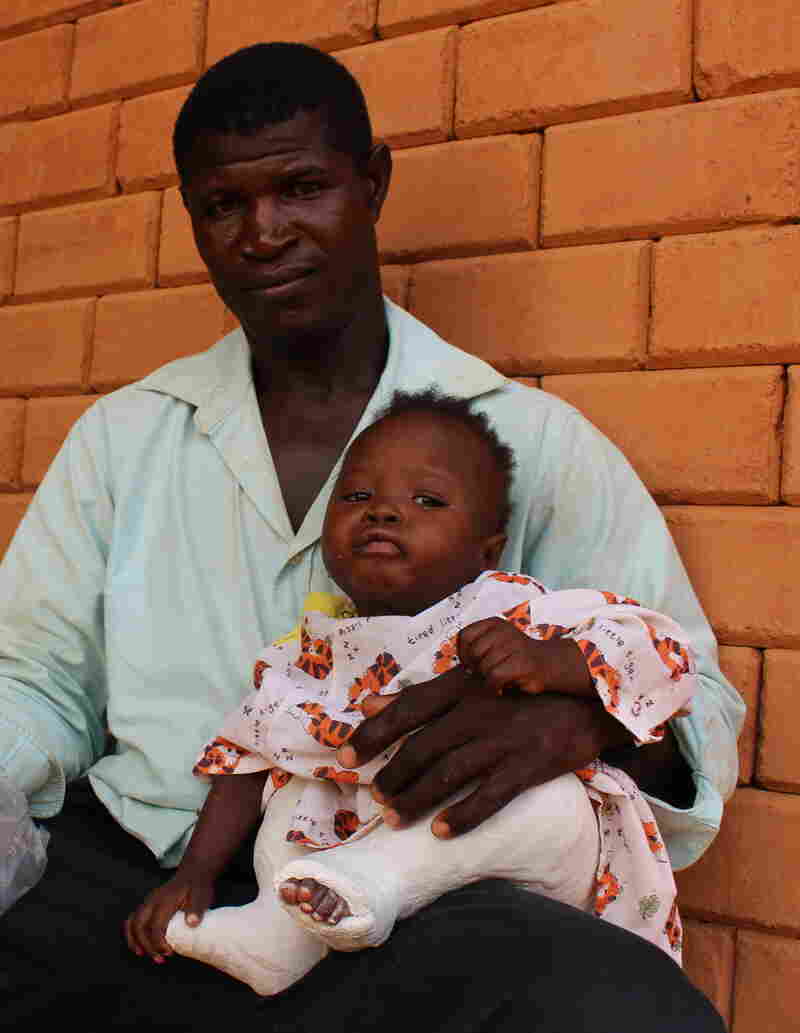 Rashida Yayé, pictured here with her father, had her feet placed in corrective casts as part of her treatment for clubfoot, a common birth defect. Nicholas D. Kristof/Random House hide caption 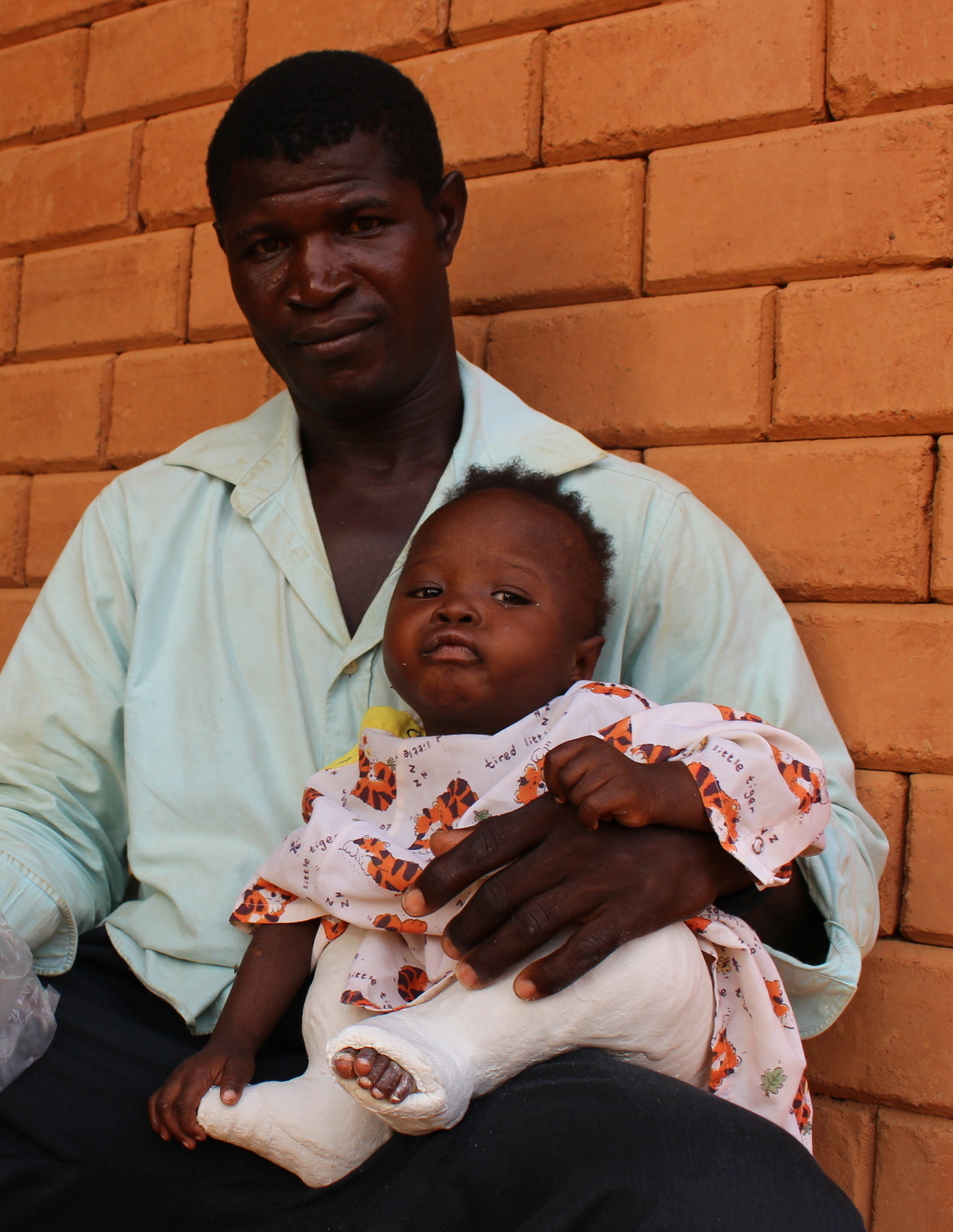 Rashida Yayé, pictured here with her father, had her feet placed in corrective casts as part of her treatment for clubfoot, a common birth defect.

Kristof: Well, it's well known that open cooking fires, in much of the world, cause tremendous problems. The smoke from them causes all kinds of health problems, particularly for women who are doing the cooking. They consume wood in the area, they leave women who go and collect that wood vulnerable to sexual assault, kids drop out of school so they can collect the wood. So there are a whole range of problems with these open cook fires.

So scientists developed these enclosed, clean cook stoves that burn much less fuel and are healthier. And then they actually subjected them to a careful, randomized, controlled trial and found out that, while they were great in the lab, in real life, the villagers themselves didn't like them much, didn't use them, and they seemed to make no difference at all in the health of the women involved. ... That's an example of why we need to operate not just on hunches, but on evidence.

WuDunn: But I think it's also really important to note that it's OK to take risks. I mean, we now know that a certain kind of cook stove won't work. But if you never took that risk, you'll never know. And that's why we're not saying, wow, what a stupid idea, you never should have done that. We're actually saying, OK, we've taken a risk, we've tried this out, it doesn't work. Let's either abandon it or we'll try and come up with a better stove and see if it works. 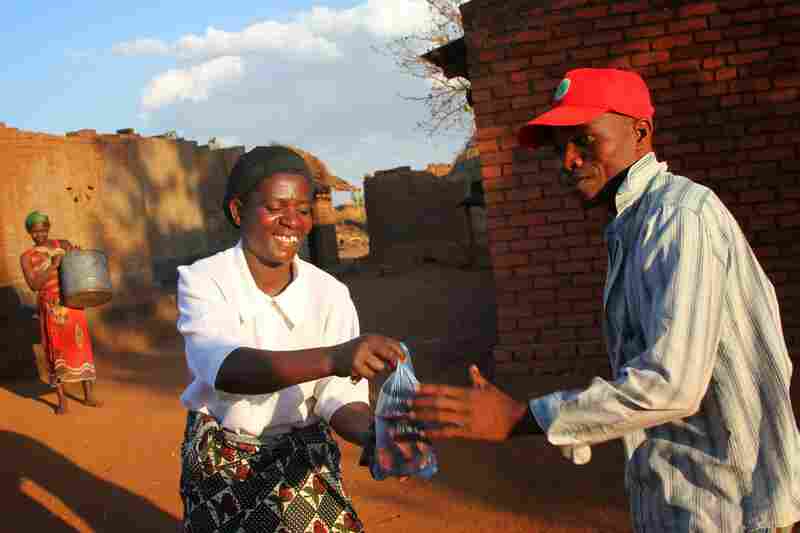 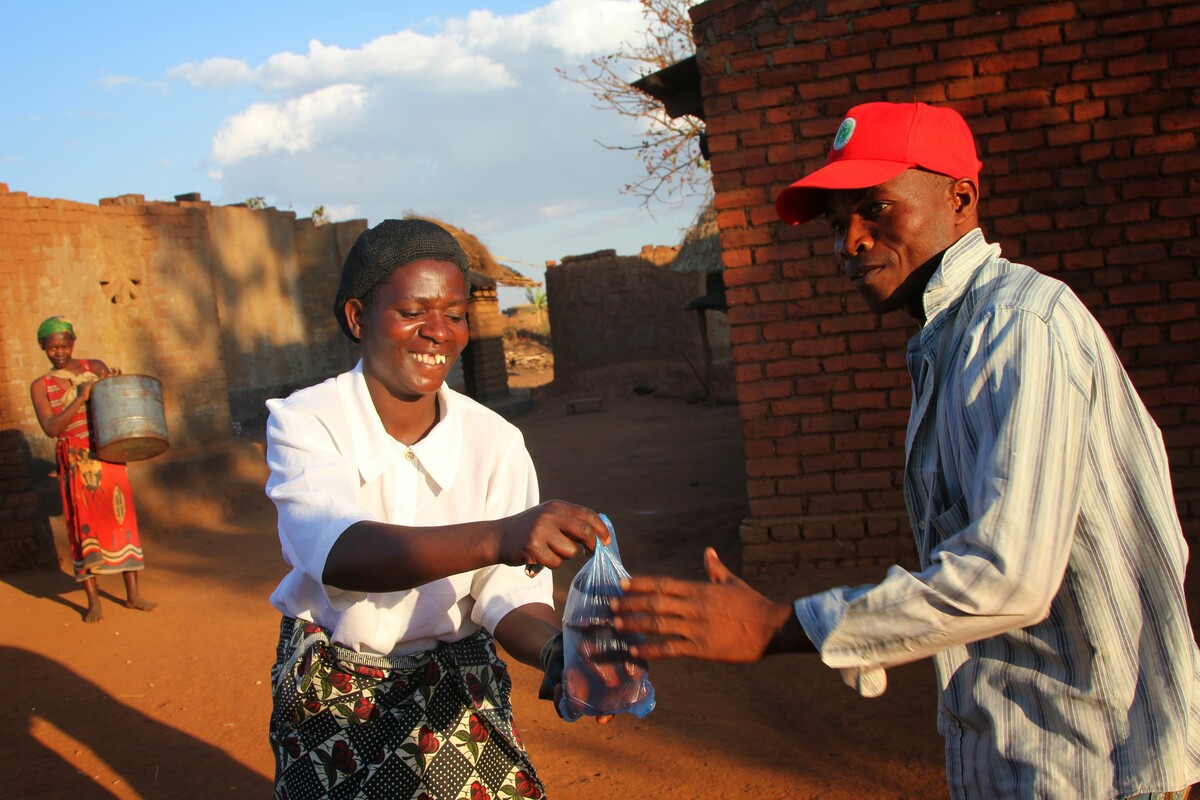 On the difference between microsavings and microlending, and the story of Biti Rose, a woman in Malawi who used a small loan to help lift her family out of poverty

WuDunn: Microsavings is one of the most effective programs around. ... Biti Rose is an exceptional woman. She took the money and spent it very, very wisely. ... One of the reasons microsavings works better than microlending is that microsavings is ... using money that your friend gave you. So in other words, in a village, the women get together and they pool the money and they give it to one woman. They lend it to one woman — basically the function of a bank — but she's indebted to her best friends in the entire world, so if she lets them down, her world is shattered. So that's why there's a little bit more commitment. 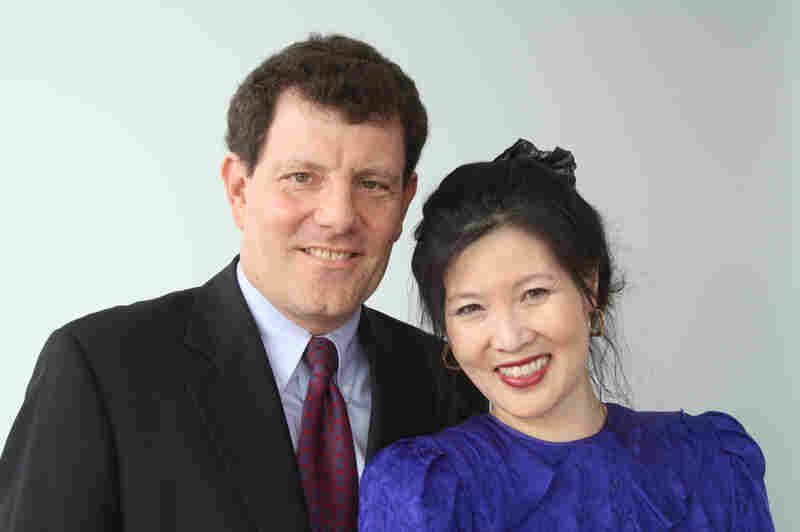 Nicholas D. Kristof and Sheryl WuDunn have also co-authored Half the Sky, Thunder from the East and China Wakes. Random House hide caption 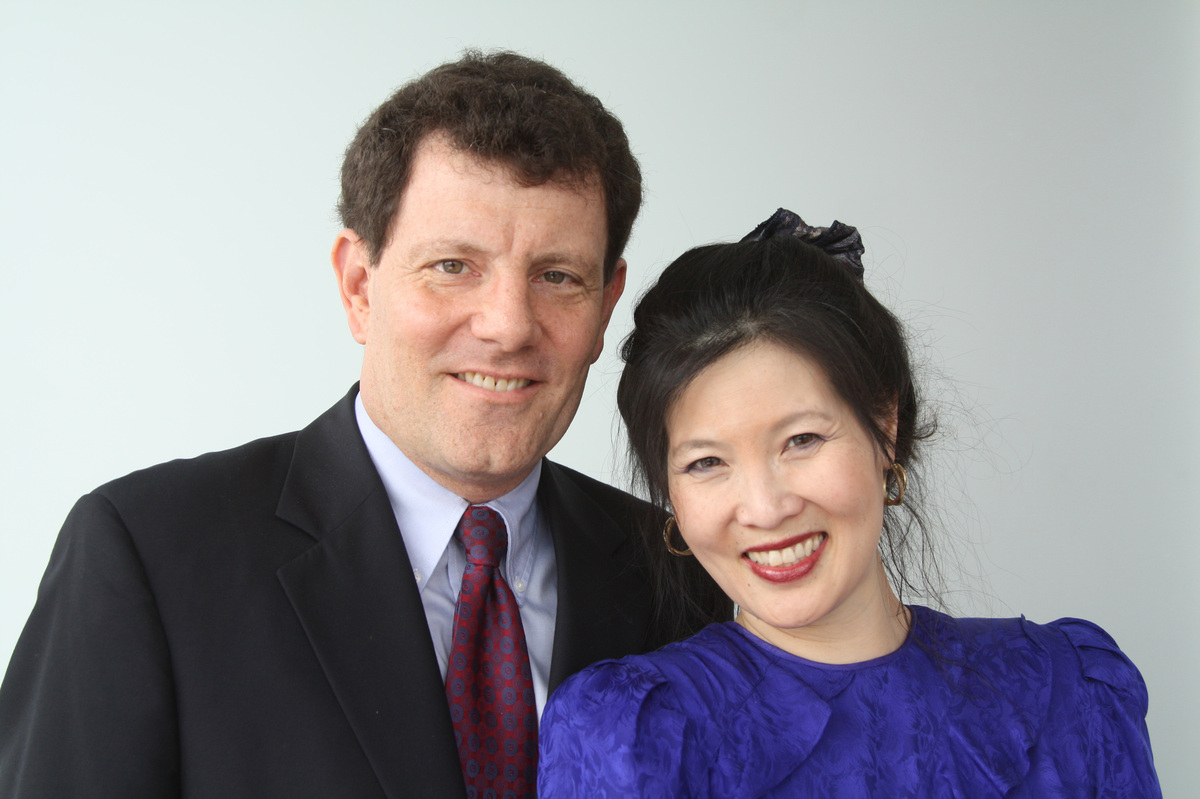 Nicholas D. Kristof and Sheryl WuDunn have also co-authored Half the Sky, Thunder from the East and China Wakes.

On everyone wanting to be a social entrepreneur

Kristof: It's incredibly glamorous to start your own organization, and it looks great on your resume. But we have this flowering of thousands or millions of tiny organizations that never gain scale and, often, after five years or so, they kind of disappear because the founder loses their initiative and enthusiasm. So, look, we need startups found in garages, like Apple, and we also need large scale interventions, and I think right now there's just a little too much focus, especially among young people, on just starting their own thing. We also have to join existing enterprises and grow them.

On joining with existing organizations

Kristof: Too often, we think of making a difference as solving a problem, and it's not quite the same thing. For example, one of the issues that we talk about in A Path Appears is clubfoot, which is a birth defect that leaves children often crippled, unable to walk, unable to go to school, unable to get a job. They typically become beggars. And, look, one individual out there is not going to solve the global problem of clubfoot.

But we cite the example of one young woman in California who wrote a $250 check to an organization that deals with it, and we tracked that money down and looked at the recipient of it, a little girl named Rashida in Niger, and that $250 was enough to repair her clubfoot. And so she is now able to go to school and live a productive life. And that contribution is not going to solve the global problem. For that little girl, it is going to be utterly transformative.