Accessibility links
The Experts The Ebola Response May Need: Anthropologists : Goats and Soda The scientists who study humans and their cultures could help health care professionals treat people who are reasonably, desperately afraid, they argue. 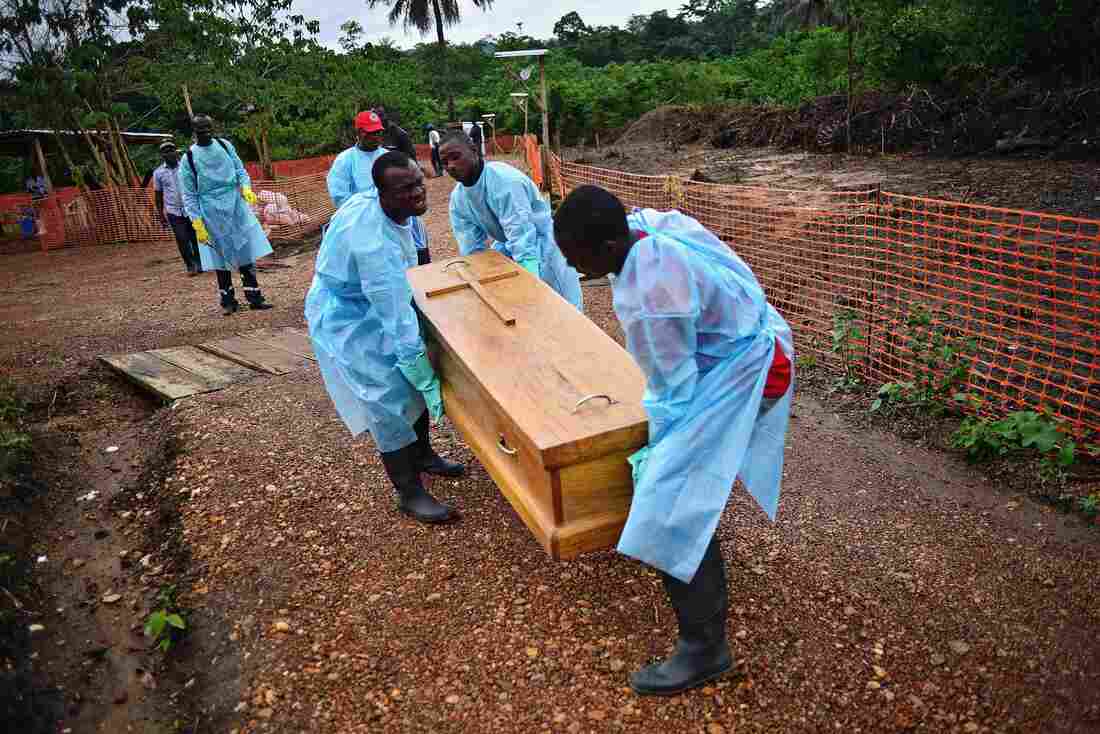 In Sierra Leone, a burial team from the government carries the coffin of an Ebola doctor who succumbed to the virus. Funerals and other expressions of mourning are key moments for anthropologists to translate between native cultures and foreign aid efforts, anthropologist Ann Kelly says. Carl De Souza/AFP/Getty Images hide caption 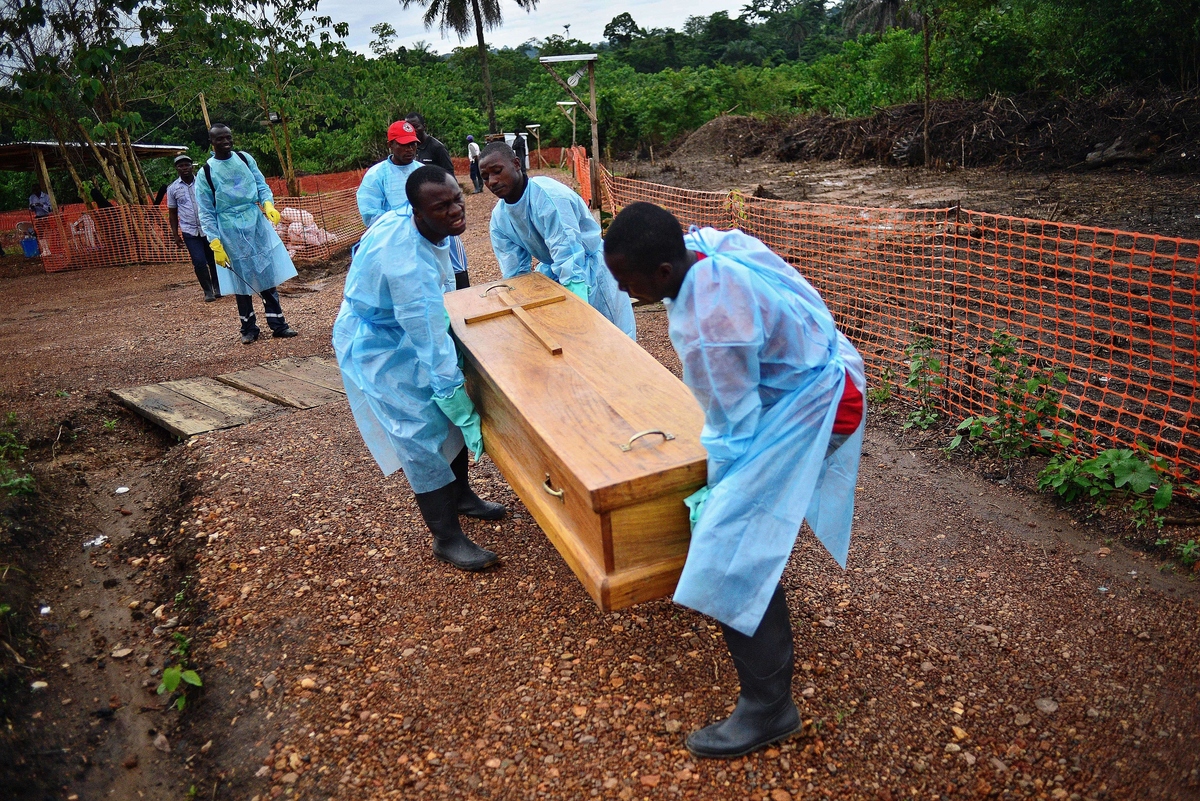 In Sierra Leone, a burial team from the government carries the coffin of an Ebola doctor who succumbed to the virus. Funerals and other expressions of mourning are key moments for anthropologists to translate between native cultures and foreign aid efforts, anthropologist Ann Kelly says.

As the Ebola outbreak gains steam, experts continue to deploy to the region.

Teams from Doctors Without Borders, the World Health Organization, the U.S. military and others are in Sierra Leone, Guinea and Liberia assembling treatment centers and fighting the deadly virus.

Denying Ebola Turns Out To Be A Very Human Response

There's one group of experts missing from the picture, says Ann Kelly, senior lecturer at the University of Exeter: anthropologists.

Anthropologists understand local traditions and can explain to health care workers how commerce and social functions could facilitate transmission of the virus, Kelly tells NPR's Linda Wertheimer. They can also give insight into residents' fears of those workers.

Kelly wrote about the role anthropologists' should play in resolving the crisis for the website Somatosphere.

"To contain this epidemic we must come to grips with dynamics of fear and obligations of care in a context where everyone is afraid," Kelly co-wrote with colleagues Almudena Marí Sáez and Hannah Brown. "It is an anthropological truism, but this means seeing populations not as a stumbling block to halting the spread but as our only resource."

"These people have lived with and around animals for generations, but have never seen this kind of disease," she writes. Thus, "the epidemic becomes linked instead to practices never before seen or out of context: disinfecting houses, erecting barriers, taking relatives to the hospital, from where they do not return."

"Disease becomes then a logical extension of the efforts of government officials and foreigners," she writes. Anthropologists could bridge that gap.

Any situations of infectious contagion are highly social. It's an incredibly intimate process, and anthropology is a science of intimacy, of intimate connections. With Ebola, the points of transmission are through touch. An anthropologist does a lot of work with how people interact with each other in an everyday way.

On the importance of funerals

Now the anthropologists in the region ... have contributed quite a lot of insight in terms of funerals. These funerals are key moments, and there are key features that go into making an appropriate funeral. Whether it's seeing the body, making sure that the body is whole ... There's a number of rumors that these bodies are being defiled in some way, that there's organ theft, and I think allowing people just to see the body of their loved one, allowing people to have expressions of mourning, to dance, to perform the kind of rituals that they would do within the boundaries of biosafety [would resolve local mistrust and concern].

I think people know that health care workers are dying and sick, so the prospect of being taken into a health facility is probably quite scary. So I think even just understanding that these are not crazy responses that people need to be educated from, but these are actually quite reasoned responses, can go a long way toward building those bridges between the very important work of health care and these local populations that are quite terrified and trying the best they can to be healthy, to be well, to saved their loved ones.