Accessibility links
A Glimmer Of Hope: Nigeria May Have Beaten Ebola : Goats and Soda In the midst of worldwide panic over Ebola, Africa's most populous nation has started to celebrate. Nigeria's outbreak began in July, and now the country is on the verge of victory. 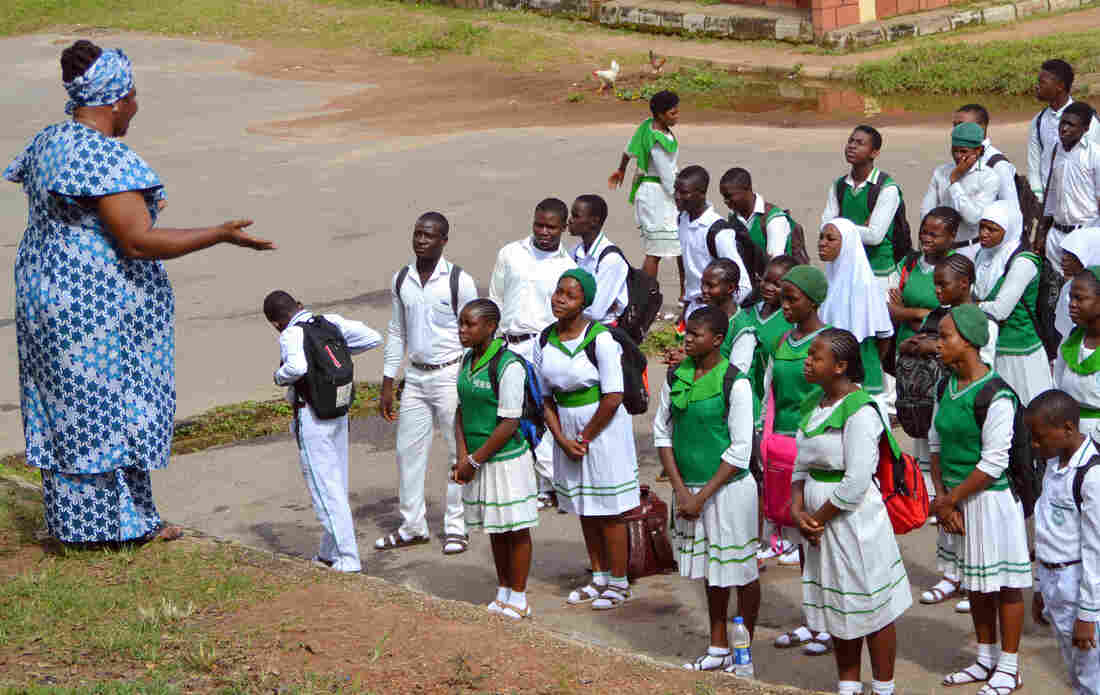 Secondary students learn about Ebola during an assembly in Abuja. Nigeria's schools have reopened after being closed to prevent the spread of the disease. AFP/Getty Images hide caption 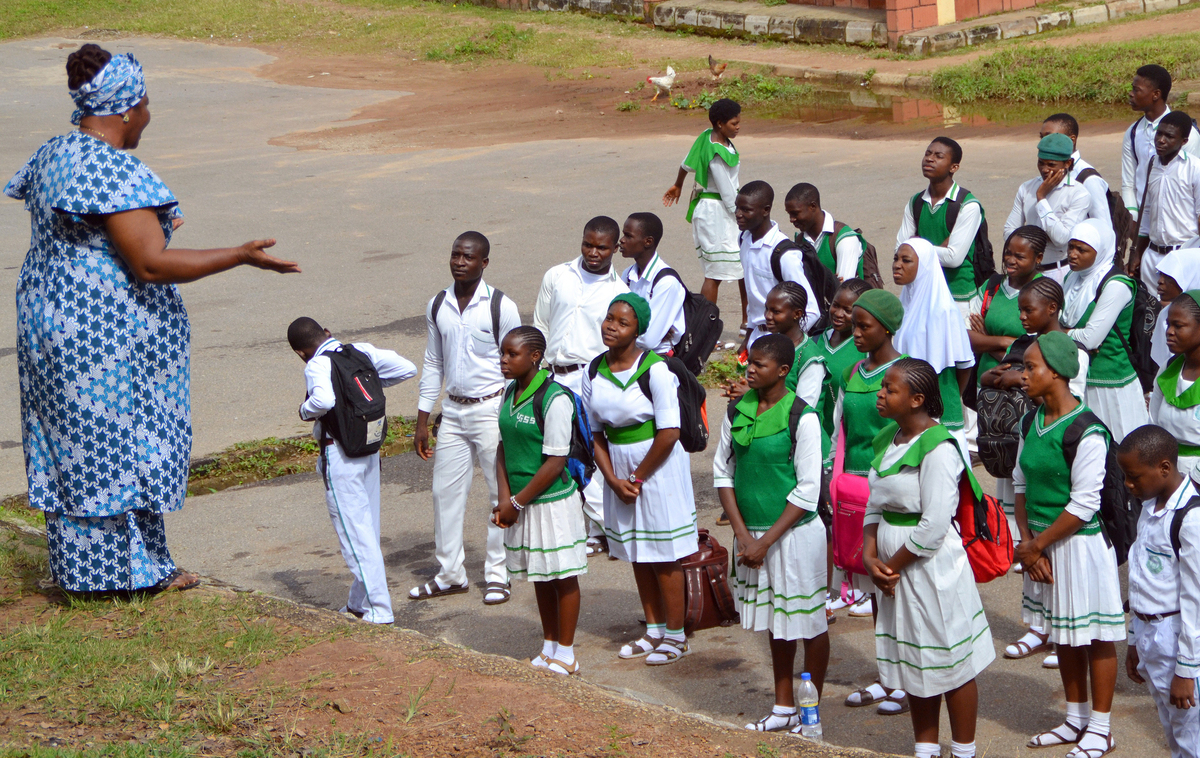 Secondary students learn about Ebola during an assembly in Abuja. Nigeria's schools have reopened after being closed to prevent the spread of the disease.

School is back in session. And President Goodluck Jonathan has given a victory speech.

It's a rare upbeat Ebola story: Nigeria, the most populous country in Africa, may have contained its outbreak after only 19 confirmed cases and seven related deaths.

The outbreak began in July. But the country hasn't seen a new case since Aug. 31, the Centers for Disease Control and Prevention said Tuesday. All but three of the 900 people who had contacts with Ebola patients have passed the 21-day incubation period without showing any symptoms of the disease. The last three will complete their incubation period by today's end.

"Although Nigeria isn't completely out of the woods, their extensive response to a single case of Ebola shows that control is possible with rapid, focused interventions," CDC Director Tom Frieden said in a statement.

A region or country is considered Ebola-free after 42 days without any new cases. That means Nigeria can formally declare success on Oct. 12, which would truly be cause for celebration.

The country is home to 170 million people, so the potential for Ebola to spread quickly was high. Nigeria is also a major transport hub; millions of passengers pass through the international airport in Lagos every year.

A Diplomat Infects A Doctor As Ebola Spreads In Nigeria

That's where Nigeria's first Ebola victim, Patrick Sawyer, collapsed on July 20. He had flown in from Liberia and was en route to the U.S. That single case led to 18 confirmed Ebola patients in Lagos and the nearby city of Port Harcourt.

Why did Nigeria succeed while Guinea, Liberia and Sierra Leone are still in crisis? Health officials at the CDC and elsewhere credit a relatively quick response by local health workers and the international community.

"[The countries] had rather similar plans, but it's a telling tale that Nigeria acted far earlier in the course of their national epidemic than Liberia was able to," says Howard Markel, an epidemiology historian at University of Michigan.

For instance, when Liberia started isolating patients and quarantining the West Point neighborhood in late August, "they were already in the thick of the outbreak," he says.

Nigerian authorities began working with airlines to trace contacts and isolate infected people soon after Sawyer was identified as an Ebola patient. With 21 teams to trace contacts, health workers were able to make nearly 18,500 in-person visits with possible contacts throughout the country.

"They had already seen their sister countries going through a terrible epidemic," Markel says. "So they were more incentivized to act quickly."

It also helped that Nigeria has an established and reliable medical response infrastructure. Officials used an emergency command center, set up in 2012 with the help of the Bill and Melinda Gates Foundation to fight polio, to coordinate Ebola responses among different organizations. (The Gates Foundation also contributes to NPR.)

More than 150 contact tracers were deployed, along with a burial team and two decontamination groups. Fifteen technical experts from the World Health Organization provided training and support.

In the other, poorer Ebola-stricken countries, "their infrastructure of hospitals, doctors and nurses, even equipment like rubber gloves and masks, is almost nonexistent," Markel says.

Nigeria also has the advantage of a more established and trusted government than in the previously war-torn countries of Liberia and Sierra Leone. "It may be harder to lead people when there are many who still have distrust for the leaders," says Markel.

There's one more thing that Nigeria may have benefited from: pure luck.

"They had plenty of people contaminated who did not contaminate more people in their towns," says John Woodall, a London-based epidemiologist at ProMED-mail, a global disease-tracking group. Even when a suspected patient in Lagos escaped quarantine in August, Woodall says, "He did not go to a meeting or conference and contaminate a lot of other people."

Nigerian officials also were fortunate that an initial failure to recognize Sawyer as a possible Ebola case did not result in a greater spread of the disease. They acknowledged that after Sawyer's hospitalization more than 24 hours passed before doctors suspected Ebola.

Woodall cautions that it's still too soon for Nigeria to celebrate: Until the 42nd day of being Ebola-free, "I'm sorry, we can't be sure that Nigeria has contained it."

Markel agrees, warning that there could be additional cases, perhaps brought in from other countries. "We just don't know yet," he says. "Now is not the time to claim victory."

But it does seem like a moment for a sigh of relief.