Accessibility links
Female Heads Of Household (And Hair) Reveal Afghanistan's Drug Use : Goats and Soda A new study of drug use in Afghanistan, relying on information from female heads of households and confirmed by lab tests, shows that 1 in 20 Afghans are using prescription or illicit drugs.

Female Heads Of Household (And Hair) Reveal Afghanistan's Drug Use

Female Heads Of Household (And Hair) Reveal Afghanistan's Drug Use 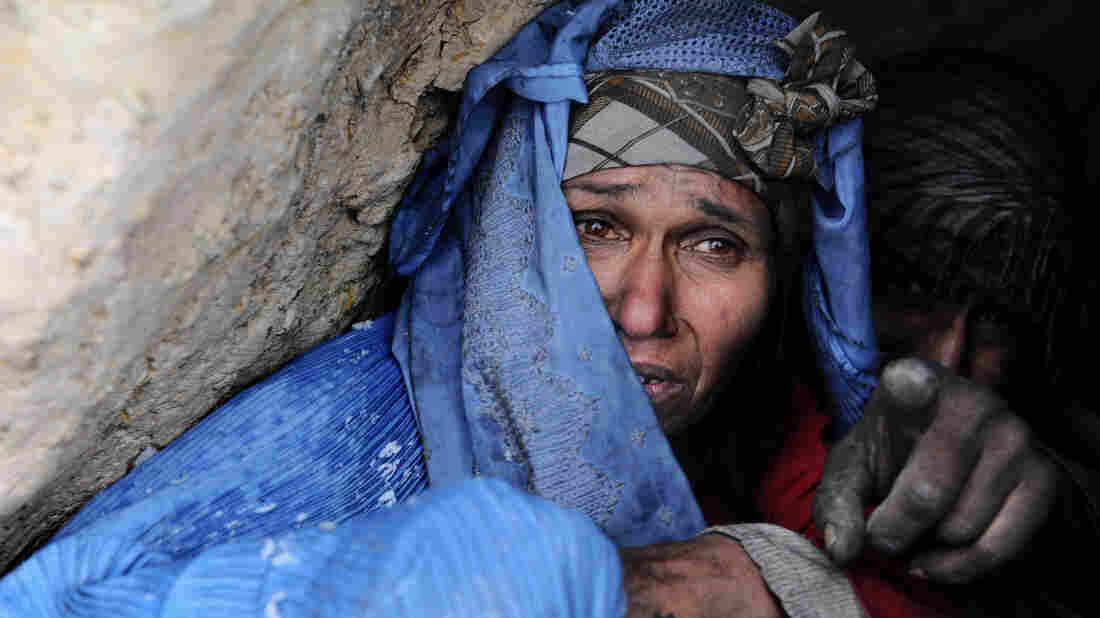 An Afghan woman addicted to drugs looks out from her hut on the outskirts of Herat, in western Afghanistan. Aref Karimi/AFP/Getty Images hide caption 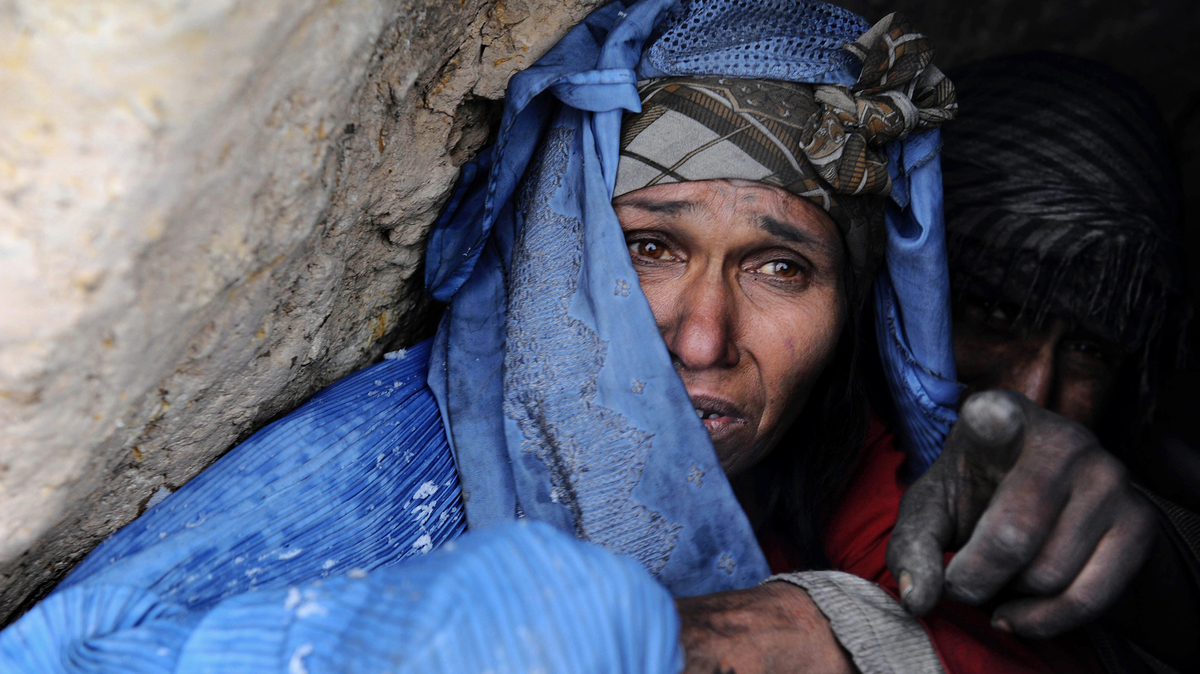 An Afghan woman addicted to drugs looks out from her hut on the outskirts of Herat, in western Afghanistan.

No country grows as many opium poppies or produces as much illicit opium as Afghanistan. In 2013, opium production soared to a record high of 5,500 tons, according to the United Nations Office on Drugs and Crime.

A study published last week adds to a growing body of research showing that Afghanistan also has a high rate of drug usage — about 5.1 percent, or 1 in 20 people. Opioids and cannabis were the most popular.

Researchers documented these drug habits by using innovative methodology. Instead of relying on men, as previous studies have done, the researchers turned to female heads of households for information. And they were able to persuade the families they studied to provide hair, urine and saliva samples for laboratory tests to check for use of drugs.

Afghan Farmers: Opium Is The Only Way To Make A Living

The study, published in The Lancet Global Health, was conducted under the auspices of the State Department's Afghanistan National Urban Drug Use Study. Researchers — including Afghan doctors and anthropologists — fanned out across 11 provinces and surveyed 2,187 randomly selected urban households about home use of both illegal and prescription drugs. Then they compared the self-reported drug use with the biological tests.

Among the many formidable challenges Afghanistan's new president, Ashraf Ghani, will face is curbing his country's rampant illicit drug production. But the challenge of domestic drug consumption, this study suggests, demands his attention as well.

Linda Cottler, who chairs the epidemiology department at the University of Florida's College of Public Health and Health Professionals and College of Medicine, led the study.

Your study relied on women for information, not men. Why was this important?

We selected the female head of household to be our reporter. We wanted somebody who knew the history of the people who lived there. We were not able to interview men and women together. We wanted to speak to women to give the history because we thought they would know the most. Very few women refused.

We found drug use is higher in men, except prescription drug use, which is higher in women. Opiates were the most common drug tested. Of anyone in the household, we found that 11.4 percent were positive for any drug. After we controlled for age, that came to 7.2 percent of men and 3.1 percent of women. And that averaged, for individual people, to 5.1 percent, a prevalence of one in 20 people nationally in Afghanistan.

With children, the jury is still out. We really need to know more about the kids.

What do we know so far?

There were positive [substance] tests for kids, 2.5 percent. The question is were they exposed to smoke, to drugs, environmentally? Or do they use drugs themselves? Older kids might be users. But the younger kids, the three- to five-year-olds, the chances of them being environmentally exposed may be high. This is what you worry about. It's very rarely reported.

How did the field staff establish trust with the people they were surveying?

We had to address all the cultural issues of going to different provinces and getting into people's homes. Each team was set up with two [Afghan] women and a man. The man would introduce himself to the community elder, and then the elder would introduce him to the people in the community. They gave an introduction explaining that we wanted to understand more about people and their exposure to medications. It would require us to take hair, urine and saliva samples.

That's not an easy thing to ask people to do.

I was surprised at how good the response was that we got. Eighty-two percent said yes. I think it is just due to the [team members] doing this — they're very friendly and caring, very reassuring. I thought it was really, really terrific, how cooperative the people were. They were very cooperative. It was just wonderful.

And from there you identified the households and got permission for women to participate — presumably from their husbands?

Wouldn't it be great if someday women could give their own informed consent? Even [during previous research] in India, women had to get their mother-in-law's permission.

There [were] about nine people in each home. We interviewed the women in private. Each interview lasted about 20 minutes. Then we took samples.

Was it easy for the Afghan women on your survey team to do their job?

When the women went out to the different provinces, their husbands would accompany them. But we made very clear their husbands could not go into the field [conducting the surveys] with them. And the women had to leave by 3 p.m., before dark.

Were there any results that surprised you?

Were there any issues with people self-reporting their drug use?

I believe everyone is honest. I really do. I believe in people giving self-reports. There were perfect strangers in their house and they were promised confidentiality, near anonymity — we only used their initial.

Were there any questions that the women didn't want to answer?

There was no question where people said they did not want to answer. Sometimes they said, "I don't know."

We asked women, did your husband beat you, did he hit you? Thirty-five percent of women said yes. They were not afraid to tell us that.

Did you ask if anyone was being treated for drug abuse?

We did ask. It was very low. There are so few treatment centers in Afghanistan. They're really working on trying to get more.

This interview has been condensed and edited for clarity.