Accessibility links
LED Lights Are A 'Transformative Technology' In The Developing World : Goats and Soda This year's Nobel Prize in physics went to scientists who invented the blue light-emitting diode. Paired with solar power, the energy-efficient LED is bringing affordable light to places off the grid.

LED Lights Are A 'Transformative Technology' In The Developing World

LED Lights Are A 'Transformative Technology' In The Developing World 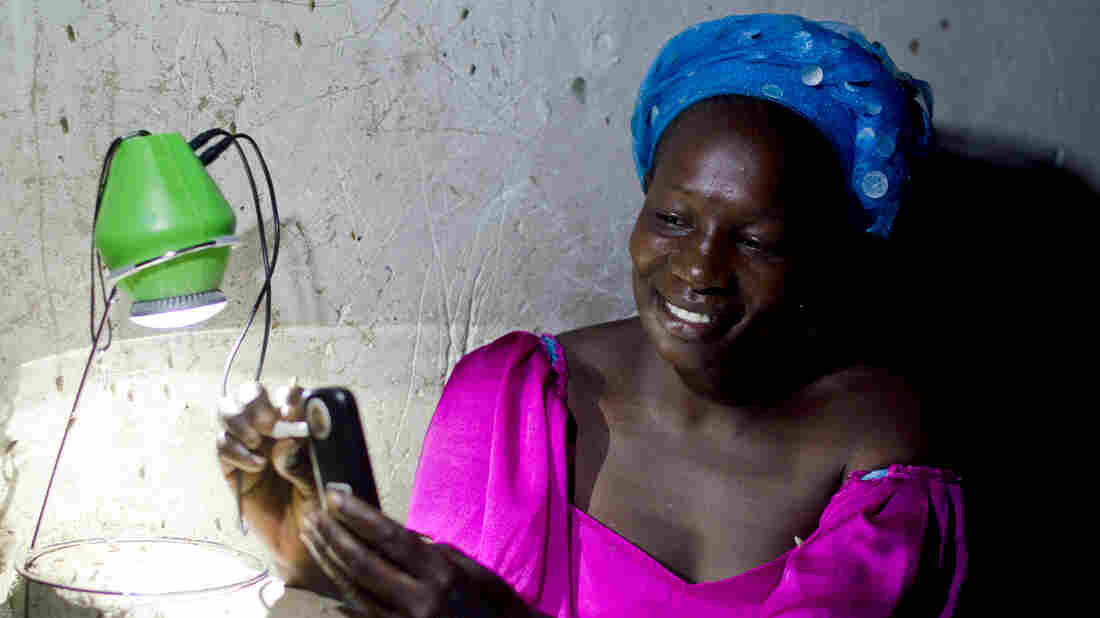 A woman in Senegal charges her cellphone using a port in her solar-powered LED lantern. Bruno Déméocq/Courtesy of Lighting Africa hide caption 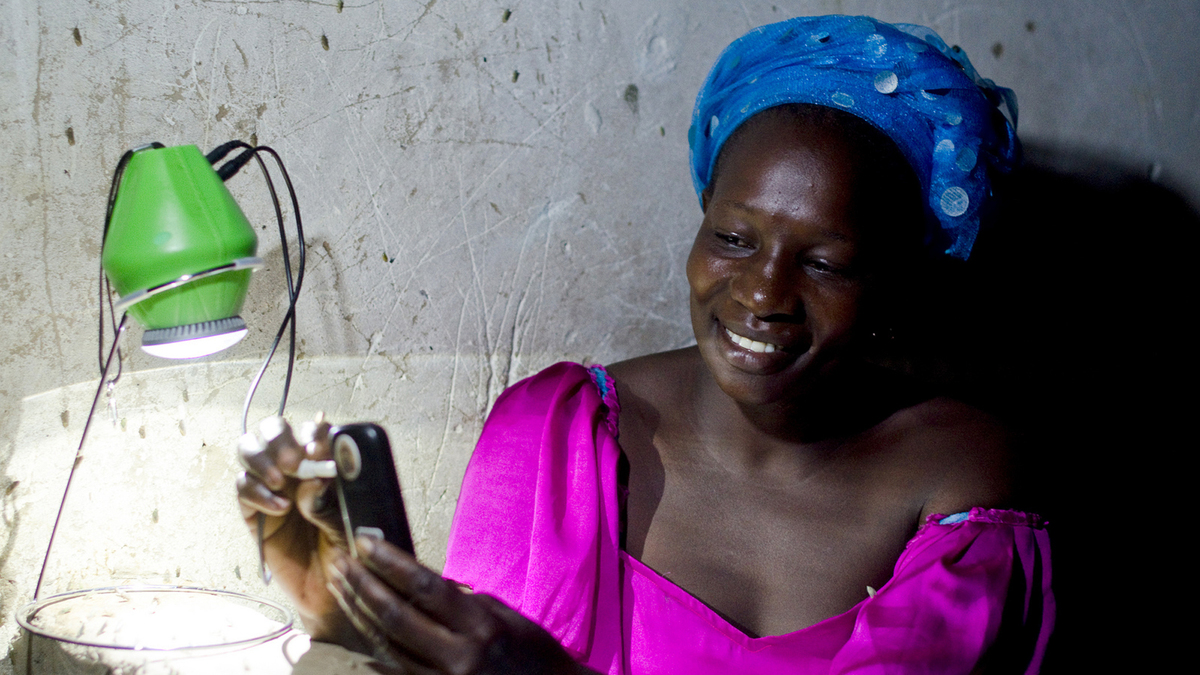 A woman in Senegal charges her cellphone using a port in her solar-powered LED lantern.

LED Lights Shine In Nobel Prize; Now How About Your Home?

When the news broke Tuesday that three scientists whose discoveries made practical household LED lighting possible had won the Nobel Prize in physics, most Americans probably thought of the LED screen in their TV, or perhaps about whether they might finally consider shifting to energy-efficient LED lighting in their homes. (The LED, or light-emitting diode, makes use of treated or coated semiconductors to produce light. Blue LED lighting — the Nobelists' invention — was the missing ingredient that allowed the creation of LED lamps.)

Less familiar is the illumination revolution LED bulbs have helped set off in the developing world. For a growing proportion of the more than a billion people who live without reliable sources of electricity, LED lights, in tandem with solar panels, have been a godsend.

Nearly 5 percent of Africans without access to electricity, or some 28.5 million people, now use solar-powered LED lights. That's up from 1 percent five years ago, according to figures released this month by Lighting Africa, a project of the International Finance Corp., the private-sector investment arm of the World Bank. There's a growing market in South Asia, too.

Worldwide, in the past six months, 2.1 million LED-solar products have been sold to people who are unable to plug in to electrical grids, the IFC says. Sales have been growing at a rate of 150 percent annually for several years — a function of both the demand for lighting and the improved quality of LED lamps.

In the wake of the Nobel nod to LEDs, Goats and Soda talked with Russell Sturm, head of energy access at the International Finance Corp.

What is it that LED lighting provides in the off-the-grid context that incandescent or fluorescent lighting can't?

It's a transformative technology. For many years, maybe 20 years, there had been a variety of companies that — with support from all sorts of developmental organizations — had tried to deliver energy services to the roughly 1.3 billion people who have no access to modern energy. They rely on kerosene, wood and candles for their energy services. And so these companies had tried to [market] solar home systems. Those systems were costing about $500 to $1,000, and they never got any traction because of the cost.

How did LED lights change the equation?

That meant [companies] could downsize their batteries. They could downsize their photovoltaic cell [that converts solar beams into energy], downsize their electronics. You could begin to imagine a product that could be marketed like a consumer product. Today these products range from $10 on up. There are entry-level lanterns as well as really high-quality, high-performance $35 and $40 products that have phone chargers, and three levels of light, 35 hours on a single charge. Extraordinary performance.

And that incredible reduction in cost was all made possible by the efficiency of LED lamps relative to incandescent bulbs or compact fluorescent bulbs. Are LED lamps also cheaper than kerosene lamps?

Oh, yes. People were spending about $38 billion a year on kerosene. The poorest people were spending the most for the worst. You and I complain when the cost of our flip-a-switch electricity goes up to 15 cents a kilowatt hour. The people using open-flame kerosene lighting are paying on the order of $80 a kilowatt hour. Again, these are the poorest people in the world.

Kerosene lighting also causes hundreds of thousands of deaths from poisoning of children and from rampant fires when lanterns are tipped over. And indoor air pollution: Any number of people I work with here [at the IFC] remember in their childhood reading by an open kerosene flame, the tears coming down as they tried to study.

You have said that once companies recognized that there was a market for LED lighting in Africa and elsewhere, they were excited, but also wary.

They told me, "We need certain things. We need to understand this market. How do people buy things? What can they afford? How do they use light? How do we get products into Kenya? How do we distribute?"

The IFC provided that practical and logistical information. It also stands behind the quality of the lights?

If you go to lightingglobal.org, you will see 52 quality-assured products, because the other thing companies said was: "It's a new market. It's very risky. People start selling junk and you ruin the market." So we built this quality-assurance process. The companies guarantee the products. What we're doing is testing and verifying.

To be clear, this is not a charity.

Every single sale I'm talking about is commercial. These are all for-profit companies, and we do not subsidize.

In terms of changing people's lives, no doubt about it. The environmental impacts in the developing world are going to be huge, too, because of kerosene. For every 100,000 solar lanterns sold, it's 10,000 tons of reduced greenhouse gas emissions annually.

Do you think the Nobel Prize will have any effect on what you do — either in demand or in interest from companies?

It's interesting. Dating back eight years, several of us had this vision of how transformative LEDs could be. Others are starting to see it.

We are so Ameri-centric or Euro-centric that we think about inventions typically in terms of how they affect our own lives. But it's a whole other ballgame if you [are] spending 30 percent of your income to pay for kerosene so that the family can huddle around it, and the kids can maybe get an hour's worth of studying in before it burns out. It's a whole different ballgame for those people. It's transformative.