Accessibility links
Ebola Evacuees: Who Are They, Where'd They Go, How'd They Fare? : Goats and Soda They caught the virus. Or had contact with a patient that put them at high risk. And they were flown out of West Africa for treatment — at a cost as high as $200,000 per person.

Ebola Evacuees: Who Are They, Where'd They Go, How'd They Fare?

Ebola Evacuees: Who Are They, Where'd They Go, How'd They Fare? 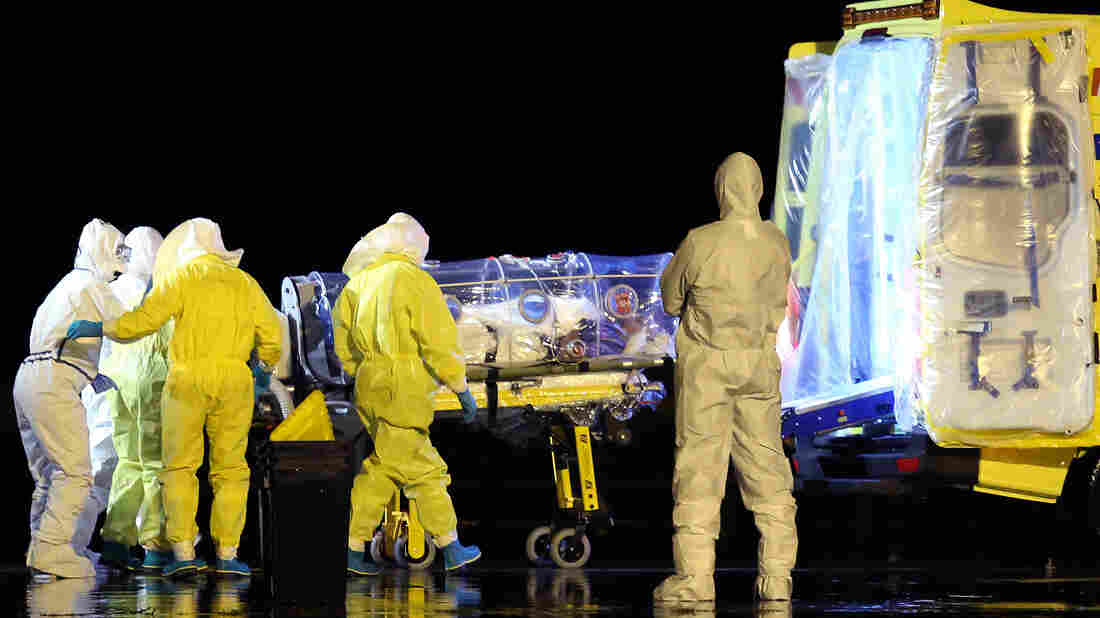 When a high-risk patient is evacuated, strict precautions are followed. Above, aid workers and doctors in protective gear transfer Manuel Garcia Viejo, a Spanish priest diagnosed with Ebola, to a waiting ambulance at a Madrid airport. Spanish Defense Ministry/AP hide caption 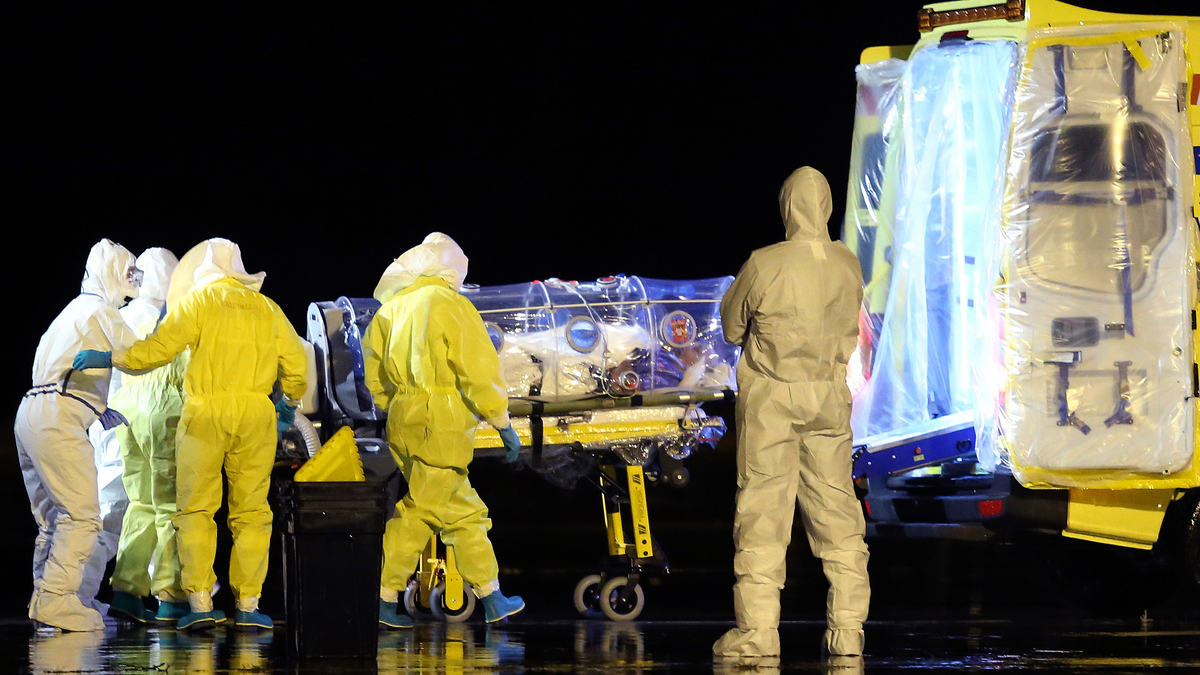 When a high-risk patient is evacuated, strict precautions are followed. Above, aid workers and doctors in protective gear transfer Manuel Garcia Viejo, a Spanish priest diagnosed with Ebola, to a waiting ambulance at a Madrid airport.

He is one of "hundreds" of foreign nationals who were exposed to the virus in West Africa and have been flown to another country for treatment, says Robert Quigley, the U.S. medical director at International SOS, the world's largest medical assistance company. He says his group has had "some sort of interaction" with all such evacuations, whether a consultation or arranging for the transport of an infected patient.

The reason for the evacuation is always the same: The patient (or his or her employer) wants the best possible medical care and is concerned that it won't be available in West Africa.

The vast majority of the evacuees are considered low-risk cases, says Quigley. They had casual contact — such as a handshake — with an Ebola patient, who may or may not have been contagious at the time.

In the early days of the outbreak, these low-risk individuals were allowed to fly out on commercial flights. Now they leave on chartered flights. Local health departments follow up with these cases.

High-risk patients have had direct contact with the bodily fluids of an Ebola patient. Some have been diagnosed with the virus; others haven't shown symptoms. These individuals are evacuated with the highest precautions: quarantine before departure, escorts in protective suits, no other passengers except for medical staff (or, in one case, another Ebola patient), ambulances waiting at the destination.

According to news reports and health agency records, there have been about 15 high-risk evacuees (see below) since early August. Evacuation fees can run as high as $200,000 per person. Typically, the organization that employed the individual (or the organization's insurance company) foots the bill.

Regardless of the patient's nationality, flight arrangements have been coordinated by the U.S. State Department and Centers for Disease Control and Prevention for 10 of the evacuees.

A high-risk individual should be evacuated in a plane with a biological containment unit. That way, pilots, medical staff and ground crew are kept out of harm's way. U.S.-based Phoenix Air has two such planes, which are monitored by the State Department and CDC. And the State Department decides who'll be flown out on these planes.

If international demand becomes too high, the system might be revamped.

Spain and the United Kingdom have used similar planes to evacuate their nationals during the current outbreak. Other countries possess the equipment, but it would take time and training for them to handle an evacuation, says Quigley.

In some cases, the World Health Organization plays a role. The organization keeps a list of hospitals equipped to handle Ebola patients, says spokeswoman Fadela Chaib.

NGOs, governments and other health organizations can consult WHO to find the best facility. WHO will approach hospitals on a patient's behalf but will only pay for the evacuation of its own staff.

"No exceptions," says WHO spokesman Tarik Jasarevic. "It sets a bad precedent, and we're not in the position to do so" — that is, to foot the bill.

Patients are usually sent to their home country, although one WHO staffer from Senegal was flown to the closest facility for care, a hospital in Germany.

Two potential evacuations made headlines. In one incident in July, a Sierra Leonean doctor who did not work for WHO was diagnosed with Ebola. WHO petitioned a hospital from its list to accept the physician. The approval didn't come in time, and the doctor died.

In another instance, the Sierra Leonean government asked for WHO to pay for the transportation of local doctor Olivet Buck to Hamburg, Germany, for treatment. WHO denied the request for funding since Buck was not its employee; he subsequently died. 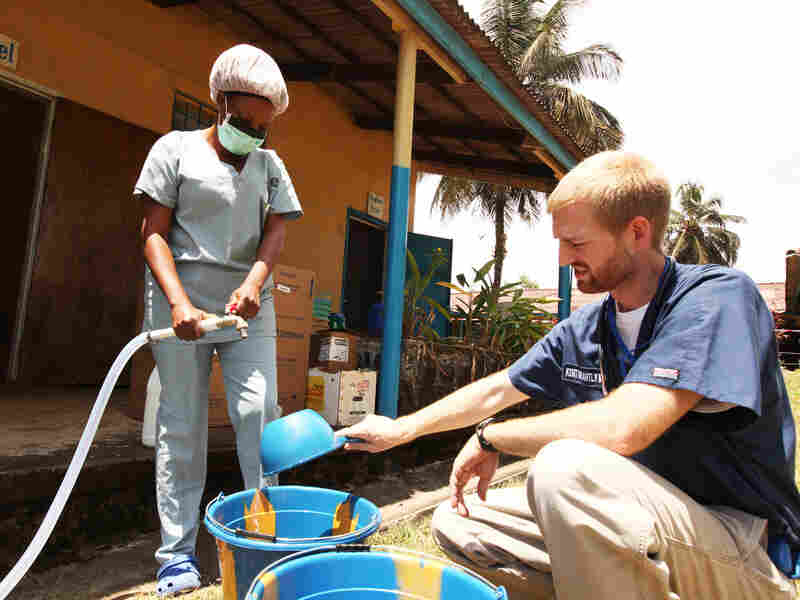 Dr. Kent Brantly was treated for Ebola at Emory University Hospital after becoming infected at the Monrovia hospital where he worked. Courtesy of Samaritan's Purse hide caption 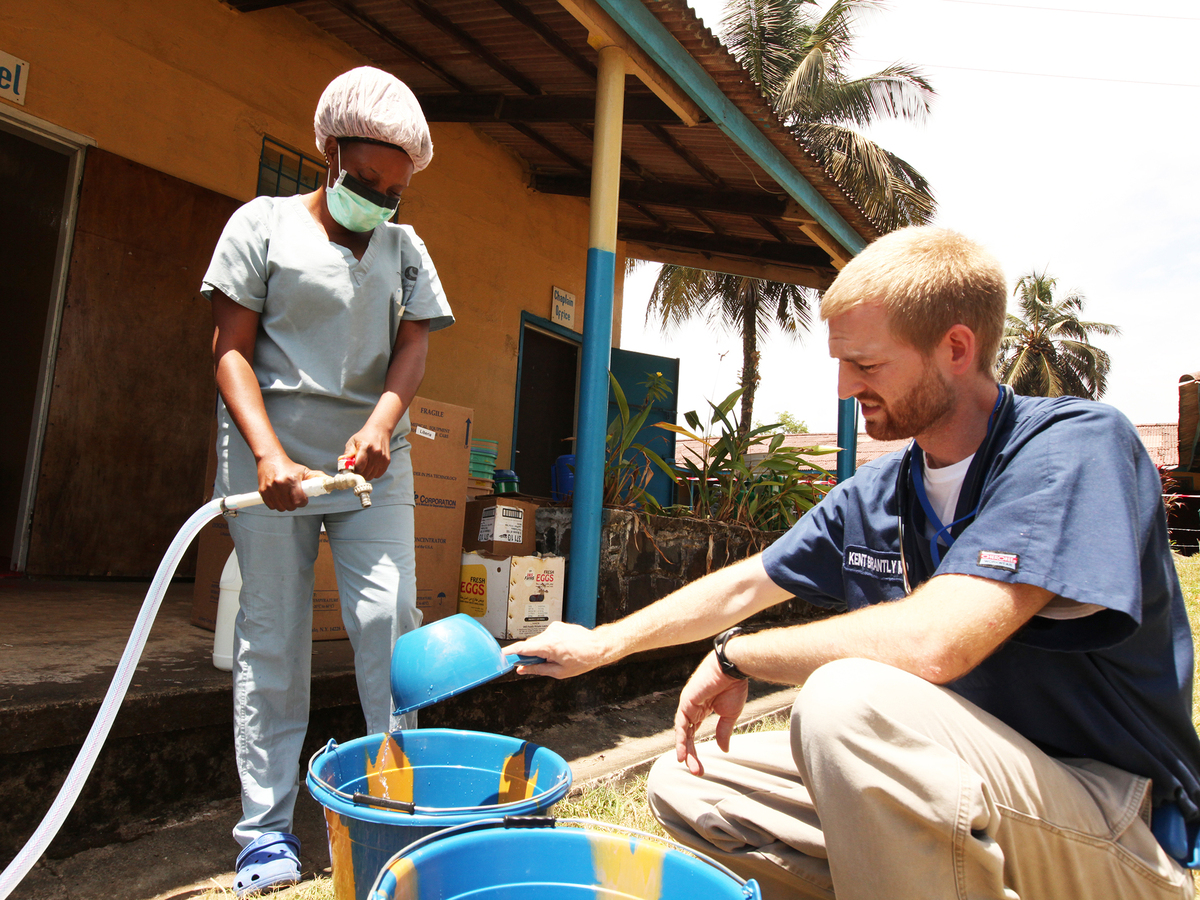 Dr. Kent Brantly was treated for Ebola at Emory University Hospital after becoming infected at the Monrovia hospital where he worked. 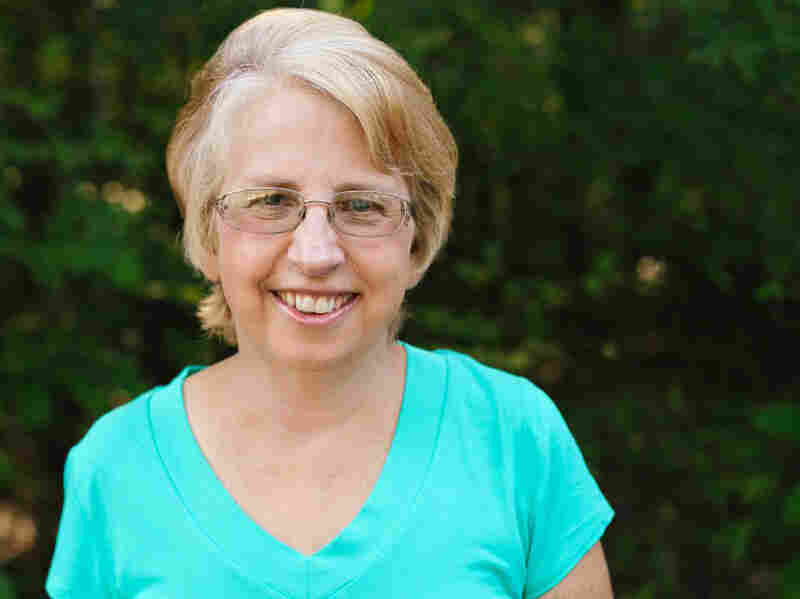 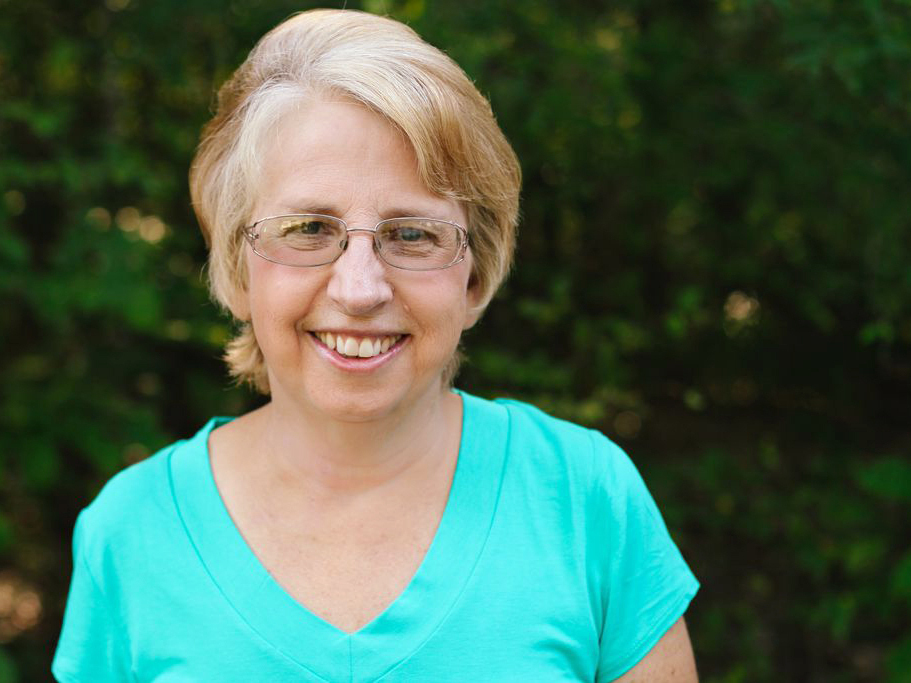 Here's a rundown of high-profile evacuees:

Back story: Writebol, 58, and Brantly, 33, were the first Americans evacuated to the U.S. Both received the experimental drug ZMapp. Samaritan's Purse, the Christian nonprofit that employs Brantly, paid for both trips, even though Writebol works for a different organization, SIM USA.

Back story: The first European confirmed with Ebola during the crisis, Pajares, 75, worked at San José de Monrovia Hospital in Liberia. He received ZMapp. Pajares died on Aug. 12. One of his nurses in Madrid — Maria Teresa Romero Ramos, 44 — caught the virus, becoming the first known person to contract Ebola outside of Africa during this outbreak.

Back story: The first Briton afflicted during this outbreak, Pooley became one of seven recipients of ZMapp. Pooley wants to return to work in Sierra Leone and continue the battle against Ebola.

Who: Unidentified Senegalese WHO epidemiologist

Back story: After the doctor fell ill with Ebola, WHO deemed that the best health care would be found overseas. The staffer was treated with medication to reduce pain and fever as well as fluids to replace those lost to Ebola. He recovered and was released on Oct. 3. 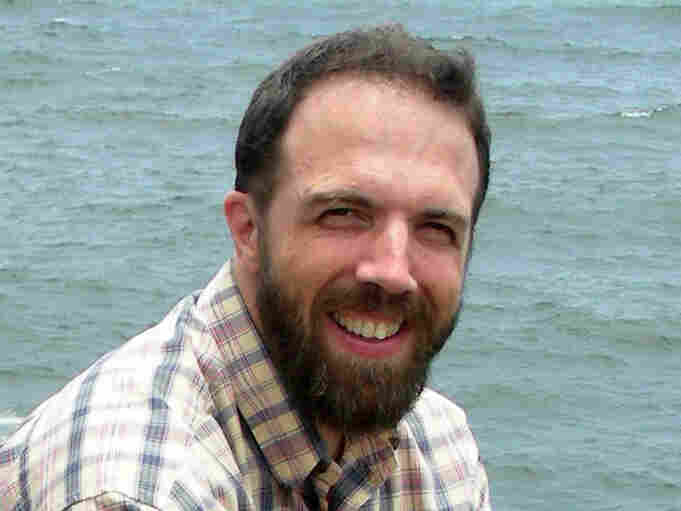 Dr. Rick Sacra was evacuated to Nebraska after contracting Ebola while working in Monrovia. Courtesy of SIM hide caption 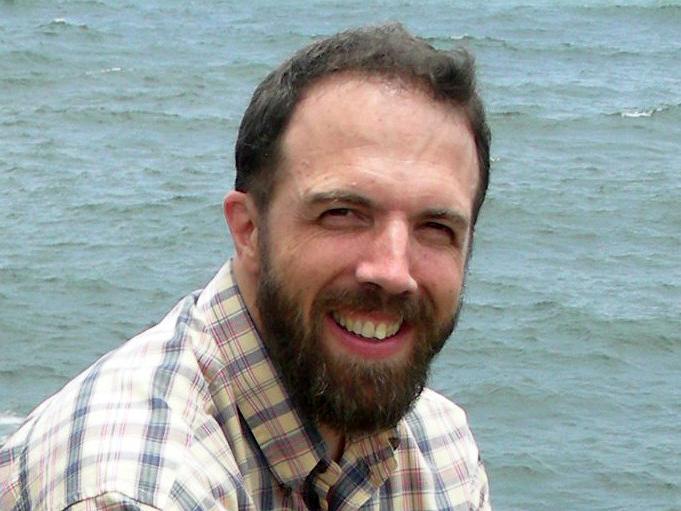 Dr. Rick Sacra was evacuated to Nebraska after contracting Ebola while working in Monrovia.

Who: Rick Sacra, doctor with the missionary group SIM USA

Back story: The third American evacuee, Sacra received blood from Brantly as well as the experimental drug TKM-Ebola. Though he recovered and was released two weeks ago, Sacra was rehospitalized on Oct. 4 with pneumonia. The lung condition was likely a side effect of Ebola weakening his immune system. The Ebola virus has not resurfaced, the CDC says. He was released on Oct. 7.

Who: Unidentified American health worker employed by WHO

Back story: No updates on this patient's status have been issued, though Ebola survivor William Pooley reportedly flew to Emory University to donate his blood. 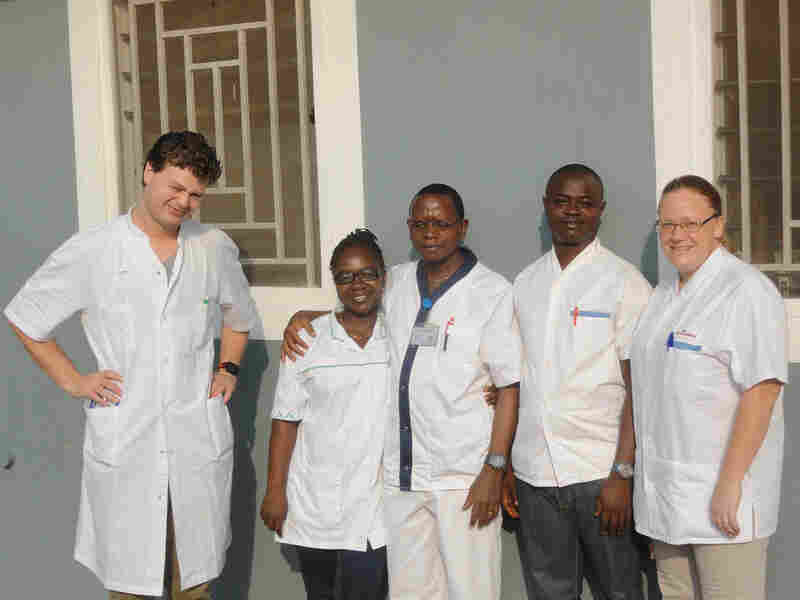 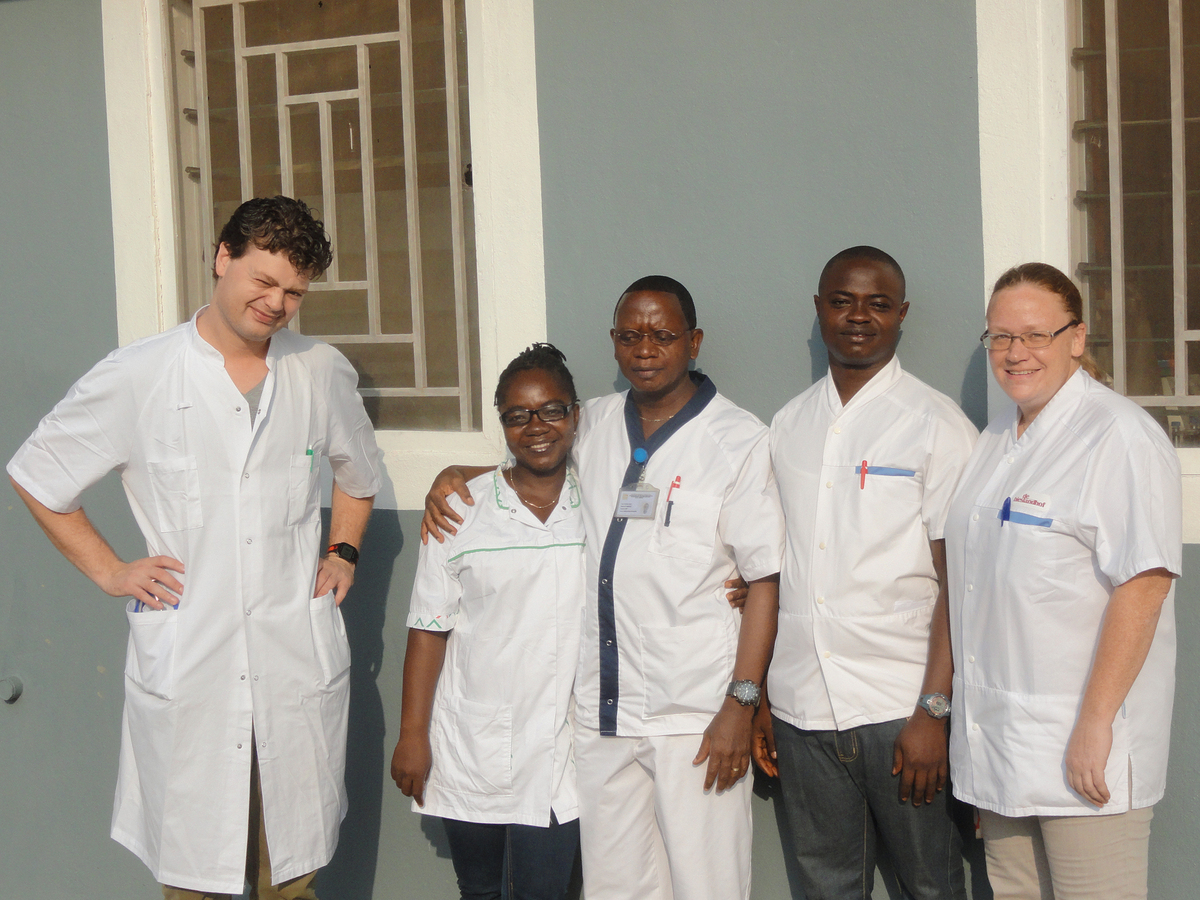 Back story: Huizenga, 39, and Zwinkels, 31, treated three patients at a clinic in Yele, Sierra Leone, in early September, wrongly assuming they were suffering from malaria or another illness. The patients died; test results showed that they had Ebola.

The Dutch health ministry recommended the evacuation, which was paid for by the foundation's insurance company. International SOS provided the chartered flight.

Huizenga and Zwinkels spent 14 days in voluntary quarantine in the Netherlands before receiving the all-clear on Sept 30.

Who: Unidentified French health worker, employed by Doctors Without Borders

Back story: It took 42 hours for a medevac plane to arrive from the U.S., leading Doctors Without Borders to suggest that such an aircraft should be kept on standby in West Africa. The health organization announced on Oct. 3 that the individual had been treated with an undisclosed experimental medicine and had recovered. 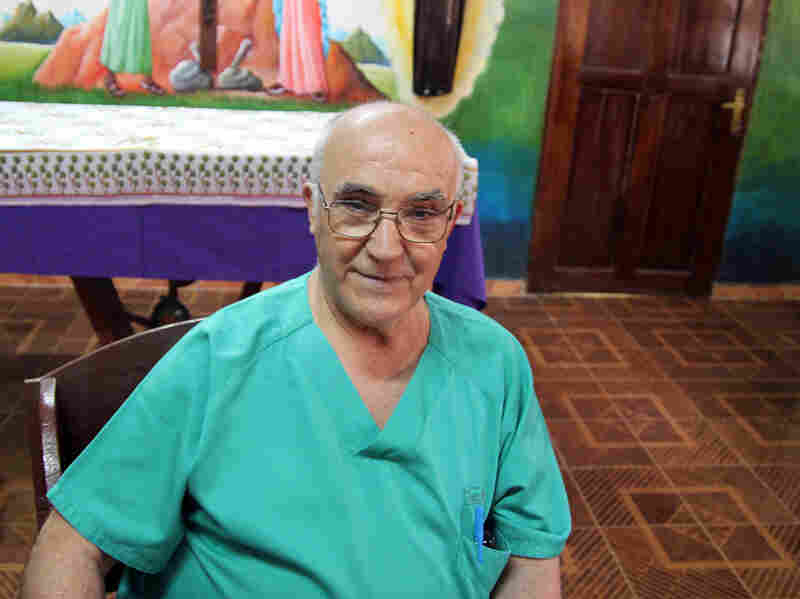 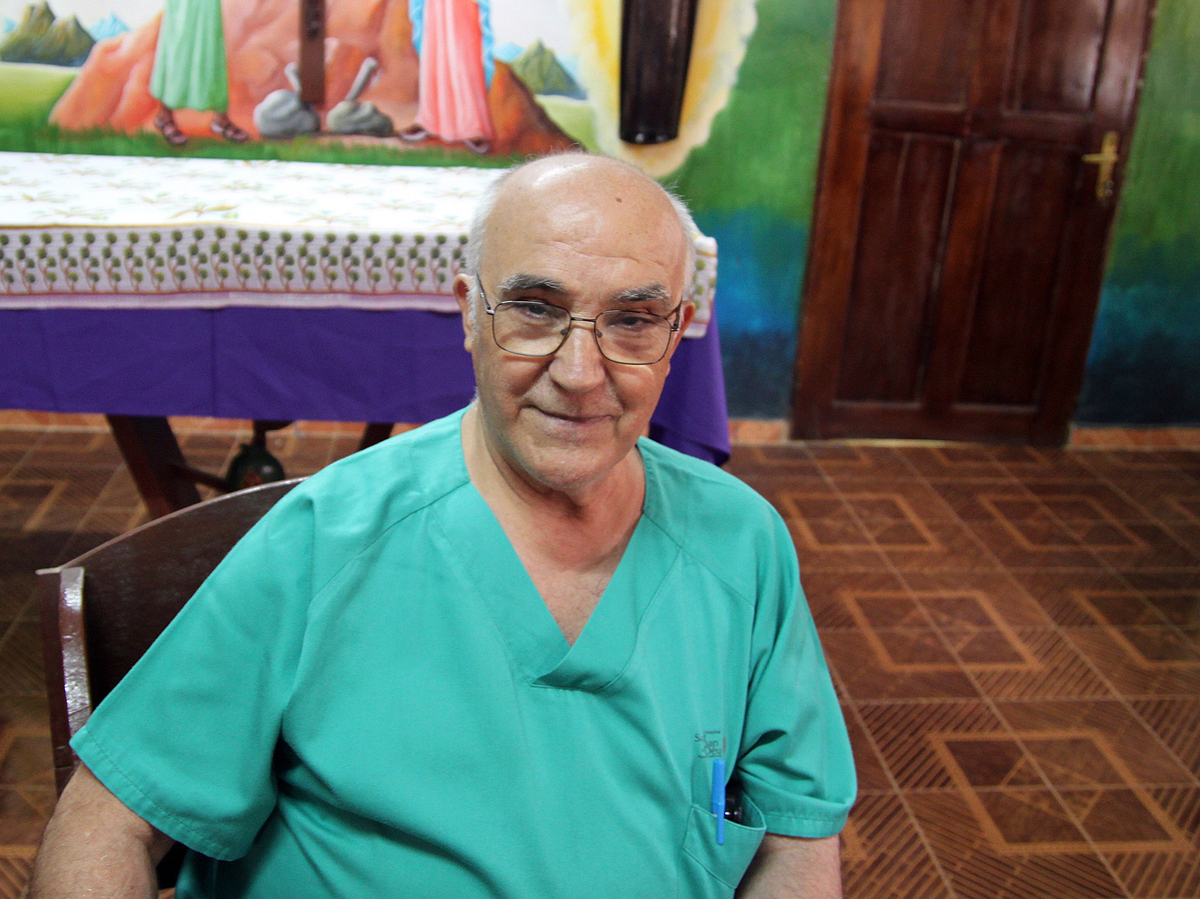 Spanish priest and physician Manuel Garcia Viejo died soon after being evacuated to Madrid from Liberia.

Back story: García Viejo belonged to the same religious order as Pajares. He had worked in Africa for 30 years. He died four days after being evacuated.

Back story: On Sept. 20, a child infected with Ebola bit the male nurse, who was wearing protective equipment. It's unclear whether the bite penetrated his skin. He is still being observed, say officials from the Swiss Federal Office of Public Health: "He has displayed no symptoms so far. An infection is unlikely." They said he would be monitored until the end of last week, at which point his 21-day window would be over.

Back story: The American doctor was evacuated to the "special clinical studies unit" at the National Institutes of Health. The patient was exposed to Ebola after an accidental needle stick. The patient was initially kept in isolation and enrolled in a study on "exposures to biodefense/bioterrorism agents or to epidemic/emerging infectious diseases." After being monitored for a week, he was released on Tuesday. His original symptom — a fever — abated. In accordance with CDC guidelines, the patient will remain homebound, check his temperature twice a day and report to a hospital if his condition changes during the standard 21-day observation window for Ebola symptoms.

Back story: The doctor works for an unidentified Italian NGO, whose insurers are paying the bill. WHO asked Frankfurt University Hospital to take the case, according to hospital officials. This individual is the second African doctor evacuated to Europe. Both went to Germany.

Back story: The Doctors Without Borders staffer was working in one of Sierra Leone's hardest-hit districts.

Back Story: The 33-year-old journalist believes that he caught the virus while cleaning a car where someone had previously died from Ebola. Kent Brantly has donated blood to Mukpo. The latest reports say Mukpo's condition is improving.

Back Story: The 56-year-old United Nations health worker was transported to St. Georg Clinic in the city of Leipzig. Upon arrival, his condition was labeled "highly critical, but stable." Despite intensive treatment, he succumbed to the virus on Oct. 14.