Accessibility links
Surrogacy Storm In Thailand: A Rejected Baby, A Busy Babymaker : Goats and Soda Two controversial cases have put a spotlight on surrogacy in Thailand. Now the government is drafting new laws to stop abuse. 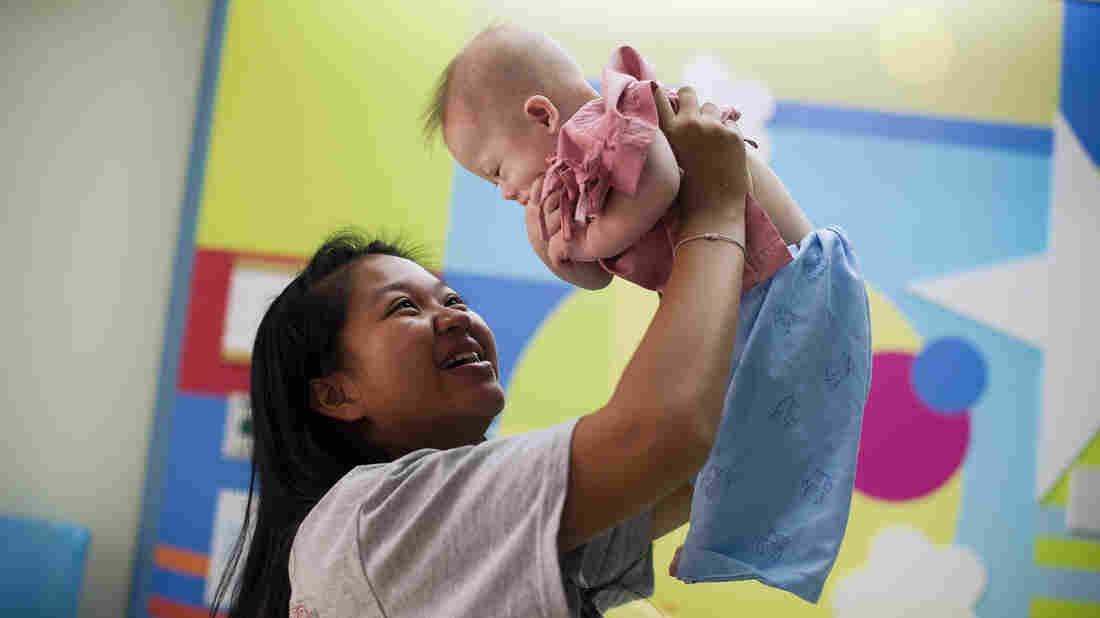 Thai surrogate mother Pattaramon Chanbua with her baby Gammy, who was born with Down Syndrome. An Australian couple who'd arranged for Pattaramon to serve as their surrogate rejected the child. Nicolas Asfouri/AFP/Getty Images hide caption 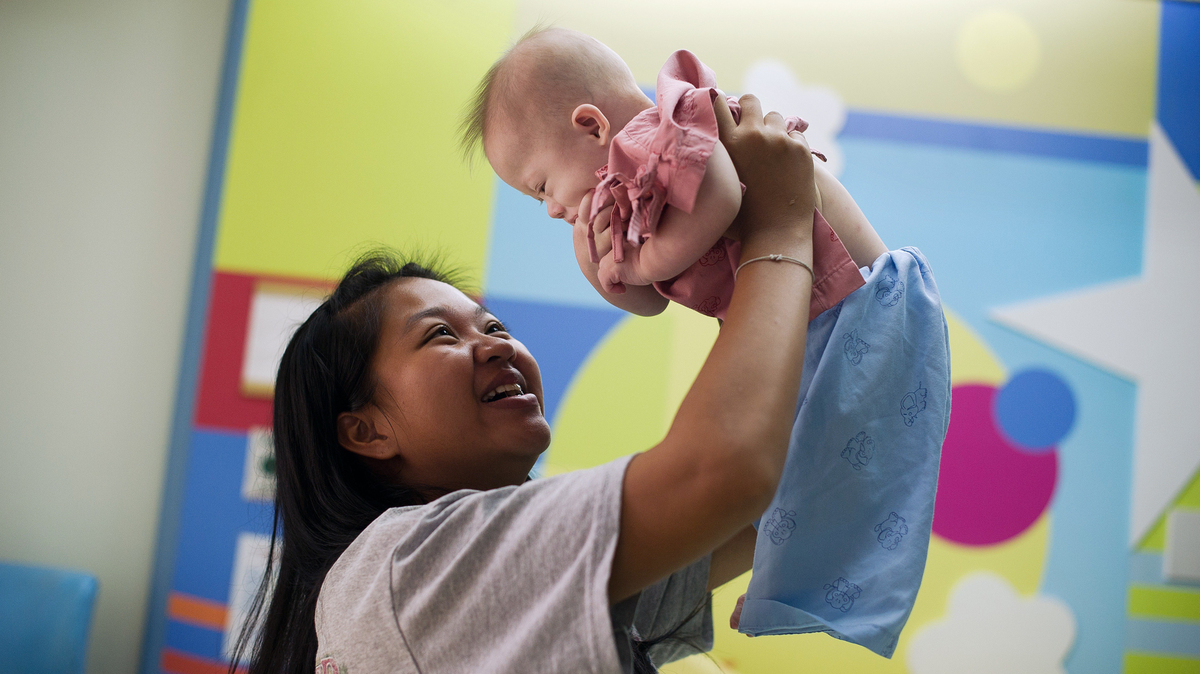 Thai surrogate mother Pattaramon Chanbua with her baby Gammy, who was born with Down Syndrome. An Australian couple who'd arranged for Pattaramon to serve as their surrogate rejected the child.

He's the child who was carried by a surrogate mom in Thailand-- and rejected by the Australian couple who had agreed to pay the mother $12,000. The reason: Prenatal testing showed that the baby, a twin, had Down syndrome.

Thailand is one of only a few countries that allows foreigners to hire locals to serve as surrogates. The money flows to the clinics that work with foreign couples and the women who carry the babies.

"Of course I did it for money," says Pattaramon Janbua, who lives in a two-room shack in the seaside city of Sriracha, which gave the hot sauce its name. "Our family is poor and I wanted ... to take better care of my other children." There's nothing wrong with being a surrogate mother, she says; you're helping someone.

Gammy is now 9 months old. He is alert and seems to like strangers. Pattaramon says the Australian couple told her to abort Gammy, but she refused. "I was so sad and angry," she says. "I said, 'This is your baby, why don't you want to keep it? You abandon him while he's still in the womb.' But their translator told me they couldn't afford to take care of him." The Australian couple did take the other twin, a girl who did not have Down syndrome.

Without him, says Mariam Kukunashvili, cofounder of Global Life IVF Clinics and Surrogacy Centers, business would still be booming. Her clinic has branches in nine countries, including Thailand. She had nothing to do with the baby Gammy case, but her business has suffered.

Gammy's story stirred up a lot of interest in the unregulated surrogacy business. Then another story surfaced, about a Japanese man in his 20s who has reportedly fathered more than a dozen babies born to surrogate mothers in Thailand — two of them with women from Kukunashvili's agency.

"It's very hard to say what was his intention," Kukunashvili says. "When our representative asked him, he said he wanted babies to win elections. I assumed this was a joke. Then we asked again, and his answer was more philosophical. It's the best thing in the world to make as many babies as possible, he said, and leave as many as possible after his death."

The Baby Gammy case and that of the Japanese man have proved embarrassing for Thailand, a country with an image already dented by a military coup in May. The military is drafting a law that will effectively end commercial surrogacy.

But outlawing commercial surrogacy will create some losers, too.

Taksaporn Toosaranon, 28, also delivered twins for an Australian couple. Her experience was vastly different from that of Gammy's mom. She proudly displays a video on her phone of the babies.

Taksaporn says she's in touch with the parents a couple of times a week, either by phone or videos. She was paid $13,000 — it goes a long way here — and would consider doing it again if surrogacy remains legal. She doesn't believe commercial surrogacy should be banned.

"If they try to stop this business," she says, "it'll just go underground, It'll be just like getting an illegal abortion. And that will make it more dangerous."

She's not the only one who feels that way. Even Baby Gammy's mother agrees, though she wants the law to be changed to ensure what happened to her doesn't happen to others. But in the end, she says, things worked out. An Australian charity has raised several hundred thousand dollars to help care for Gammy. She's grateful for that — and for Gammy. Though every time she sees him, she thinks of his twin sister and starts to cry.