Accessibility links
American Volunteers In Liberia Are Anti-Quarantine : Goats and Soda They fear that the threat of isolating a returning health worker for 21 days will cause a drop in the number of volunteers at a time when more medical staff is needed to quash the outbreak.

American Volunteers In Liberia Are Anti-Quarantine

American Volunteers In Liberia Are Anti-Quarantine 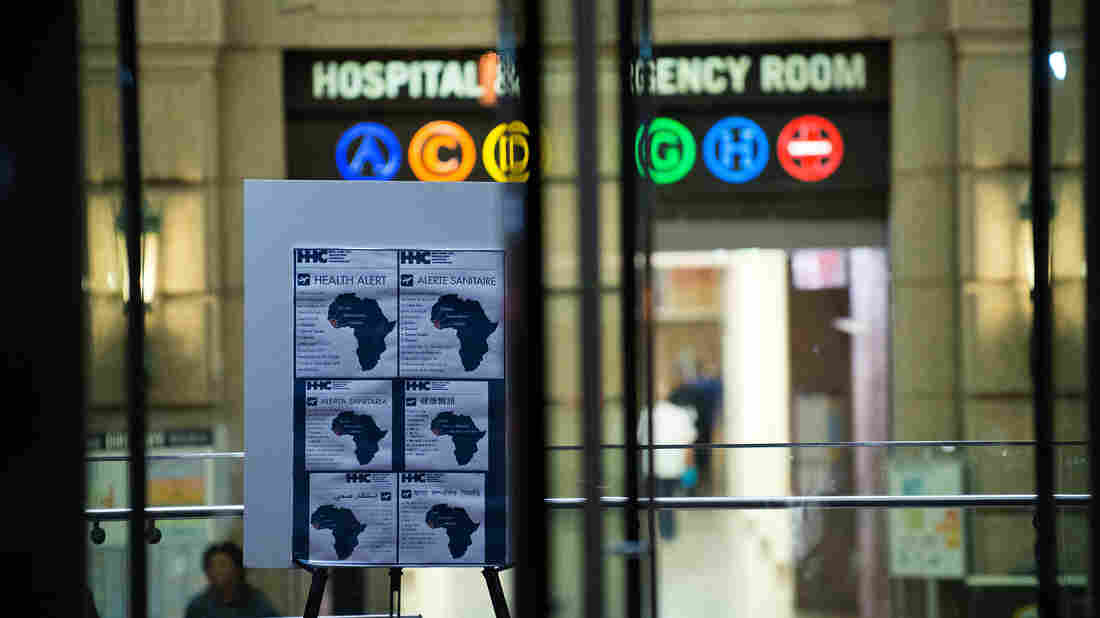 An Ebola health alert is displayed at the entrance to Bellevue Hospital in New York City, where Dr. Craig Spencer was quarantined after showing symptoms consistent with the virus. Bryan Thomas/Getty Images hide caption 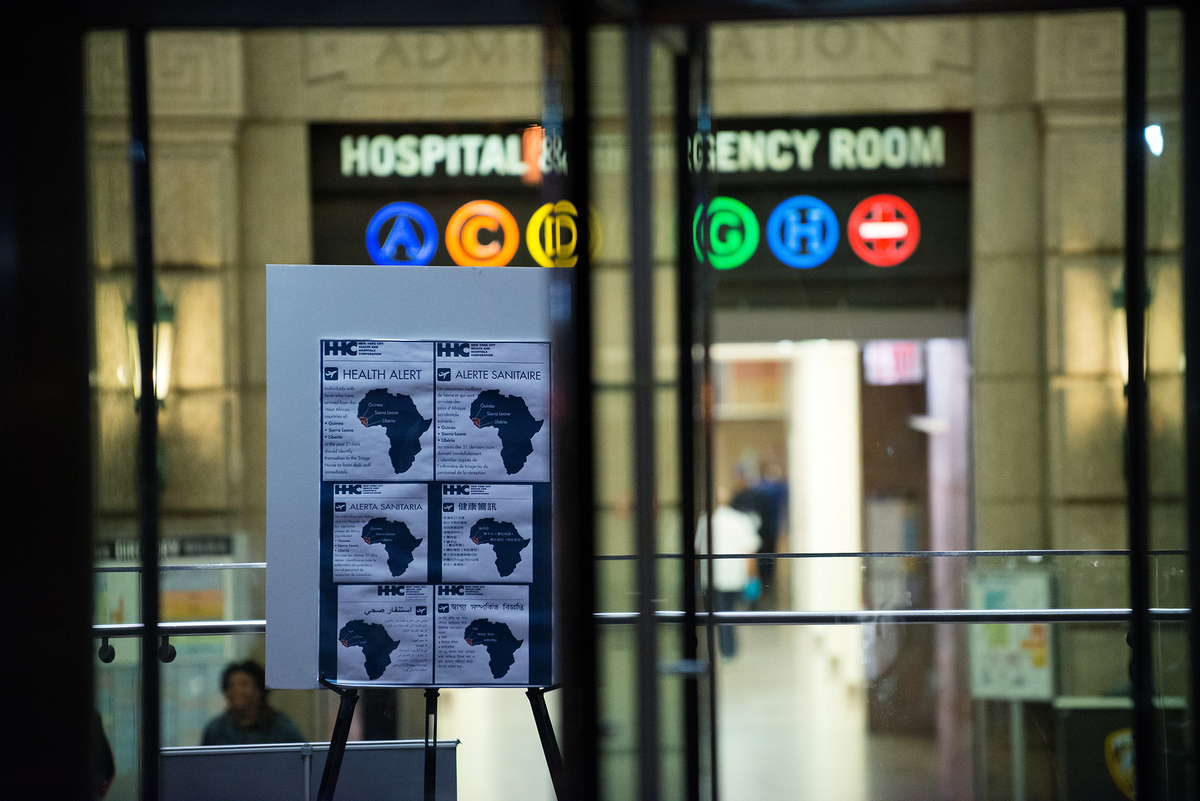 An Ebola health alert is displayed at the entrance to Bellevue Hospital in New York City, where Dr. Craig Spencer was quarantined after showing symptoms consistent with the virus.

At the Ebola treatment center in Foya, Liberia, there's one thought on every American volunteer's mind: 21 days of isolation.

The threat of quarantines for health care workers coming back from West Africa cropped up in nearly every conversation I had on Saturday with doctors and nurses at the clinic run by Doctors Without Borders.

Everyone was worried, especially a nurse from New York City. Some states, like New York, New Jersey and Illinois, are already requiring 21-day quarantines, possibly in hospitals, for all medical staff coming home. Others might follow.

But most staff members weren't worried about themselves. They were thinking about Liberians.

Just about every foreigner at the clinic repeated the same concern: Mandatory quarantines for volunteers returning from the Ebola front line would only hamper the fight to end the epidemic. 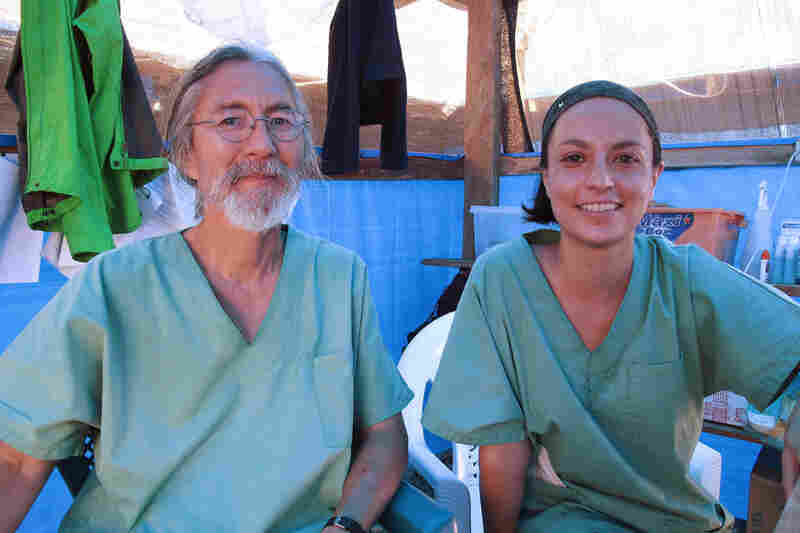 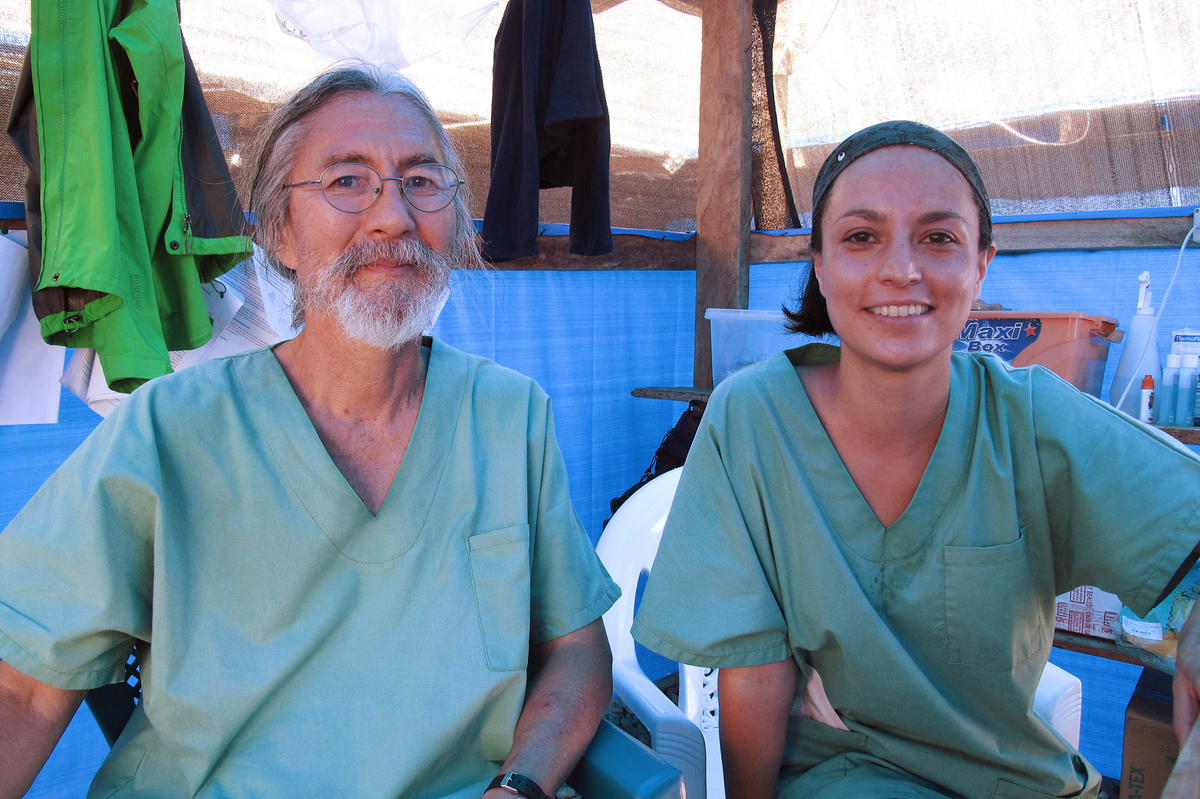 The strategy could backfire, said Dr. Cedric Yoshimoto of Volcano, Hawaii. "If doctors and nurses are going to face quarantine and public disapproval when they come home, then eventually a lot fewer of them will make this effort to help," said Yoshimoto, who had been treating Ebola patients at the center for three weeks.

That ripple effect is already happening. Some health workers have decided to cut short their four-to-six week assignment in West Africa because of the threat of quarantining, Doctors Without Borders said Monday in a statement.

"Forced quarantines of asymptomatic health workers ... is not grounded in scientific evidence and could undermine efforts to curb the epidemic," the aid group wrote. Instead the agency supports "diligently monitoring" doctors and nurses when they return home.

Doctors and nurses in West Africa are already in short supply. Without international health workers like Yoshimoto, the Ebola epidemic will take longer to control. More West Africans will die.

And the U.S. will be no safer. The country will remain susceptible to imported cases and to small clusters of cases, as already happened in Dallas.

A few days after leaving Foya, I flew back from Monrovia to Washington, D.C. While boarding, I met Michael Kerls, a pilot from Corpus Christi, Texas. He has been flying supplies around Liberia for the Christian aid group Samaritan's Purse.

When he lands in Atlanta today, he'll face a 21-day quarantine mandated by Samaritan's Purse. "I'll be at a hotel, by myself, no contact, no family," Kerls said. "Samaritan's Purse is trying to be responsible about anyone they bring back from the Ebola area, so we don't have anyone who spreads the Ebola disease."

Kerls plans to return to Liberia in December. He has a permanent job there. "I'm hoping to bring my wife back with me," he said proudly.

But most doctors and nurses going to West Africa are volunteers. They have medical practices and jobs in the U.S. They're using up vacation time to go abroad.

"They're already taking off three to four weeks to come over. Having to spend 21 days in isolation is really hard on them — and expensive," he said. "It will be hard for Samaritan's Purse to staff some positions."

Like several aid workers I've talked to, Kerls blames fear and panic in the U.S. for the quarantine policies. Dr. Yoshimoto back in Foya had no doubt that was the problem.

"Ebola is bad. Clearly it kills people. But so did HIV ... and leprosy," he added. "With a reasonable scientific approach we've been able to overcome those diseases or learn to live with them. I believe we can do the same with Ebola."