Accessibility links
Why Your Brain Wants To Help One Child In Need — But Not Millions : Goats and Soda Donations to fight Ebola are lower than expected. One psychologist thinks the reason may be the impact of hopelessness. A really big problem makes people less likely to give. 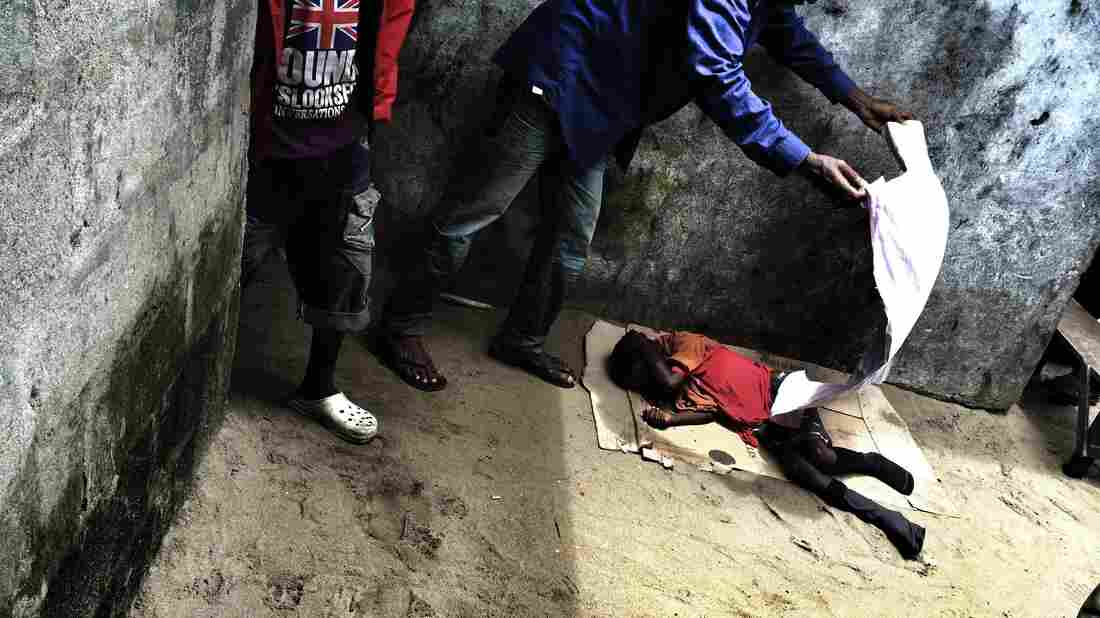 Saah Exco was found alone on a beach in Liberia's West Point slum, naked and abandoned and likely an Ebola victim.Research suggests the story of one needy individual motivates charitable donors more than statistics about millions of sufferers. David Gilkey/NPR hide caption 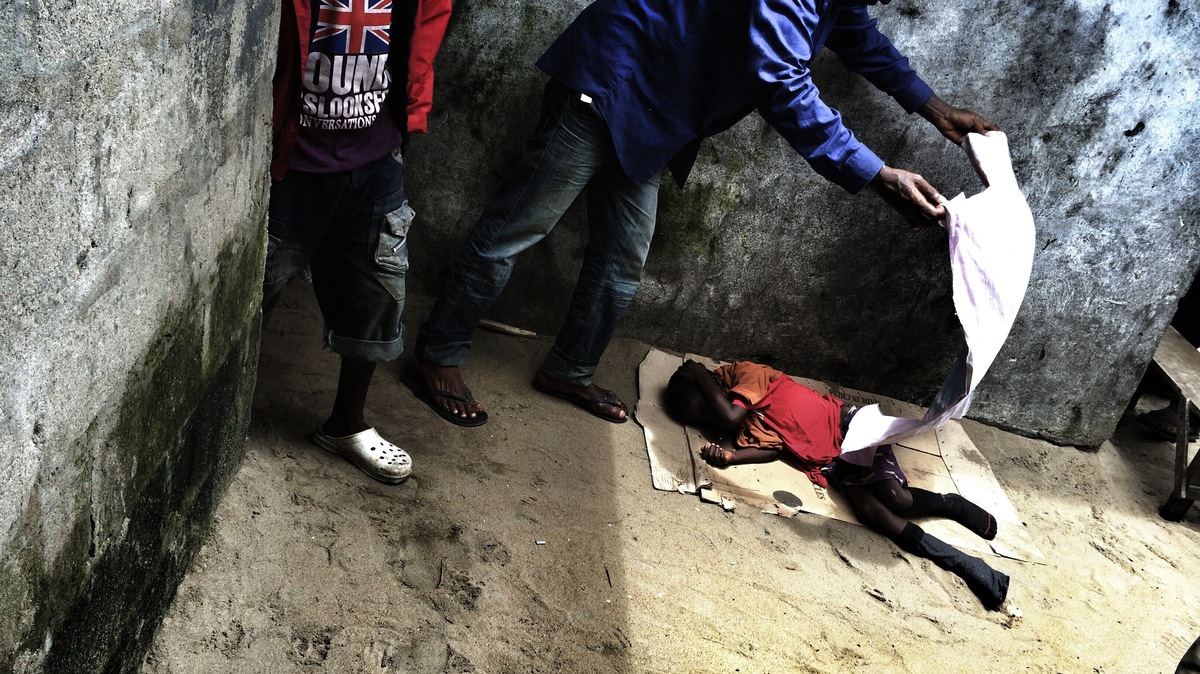 Saah Exco was found alone on a beach in Liberia's West Point slum, naked and abandoned and likely an Ebola victim.Research suggests the story of one needy individual motivates charitable donors more than statistics about millions of sufferers.

Why do people sometimes give generously to a cause — and other times give nothing at all?

That's a timely question, because humanitarian groups fighting the Ebola outbreak need donations from people in rich countries. But some groups say they're getting less money than they'd expect from donors despite all the news.

Psychologist Paul Slovic of the University of Oregon has some answers that may surprise you.

On a rational level, the volunteers in this second group should be just as likely to help the little girl, or even more likely because the statistics clearly established the seriousness of the problem.

"What we found was just the opposite," Slovic says. "People who were shown the statistics along with the information about the little girl gave about half as much money as those who just saw the little girl."

Slovic initially thought it was just the difference between heart and head. A story about an individual victim affects us emotionally. But a million people in need speaks to our head, not our heart. "As the numbers grow," he explains, "we sort of lose the emotional connection to the people who are in need."

But if the dry statistics aren't as powerful as the emotional message about the little girl, why do the numbers reduce people's emotional response to the child in need?

Slovic has done further research that suggests it might not be a case of heart vs. head after all, but of one set of feelings competing against another.

The volunteers in his study wanted to help the little girl because it would make them feel good and give them a warm glow. But when you mix in the statistics, volunteers might think that there are so many millions starving, "nothing I can do will make a big difference."

Now if the human brain were a computer, the two conflicting feels wouldn't cancel each other out. We would still help the little girl even if we couldn't help everyone. But the brain is a master at unconsciously integrating different feelings. So the bad feeling diminishes the warm glow — and reduces the impulse to give generously to help the child.

That theory might explain why there hasn't been an outpouring of donations from Americans to the Ebola epidemic. The current outbreak triggers feelings of hopelessness: there's no cure, lots of people are sick, and lots of people will die.

"It's really about the sense of efficacy," Slovic says. "If our brain ... creates an illusion of non-efficacy, people could be demotivated by thinking, 'Well, this is such a big problem. Is my donation going to be effective in any way?'"

Slovic's research suggests that the way to combat this hopelessness is to give people a sense that their intervention can, in fact, make a difference.

That's a challenge for charitable groups — and for journalists. A reporter's job is to tell the truth and paint a picture of everything that's happening. But when you paint the bigger picture, it could undermine people's ability to do what they can to help.